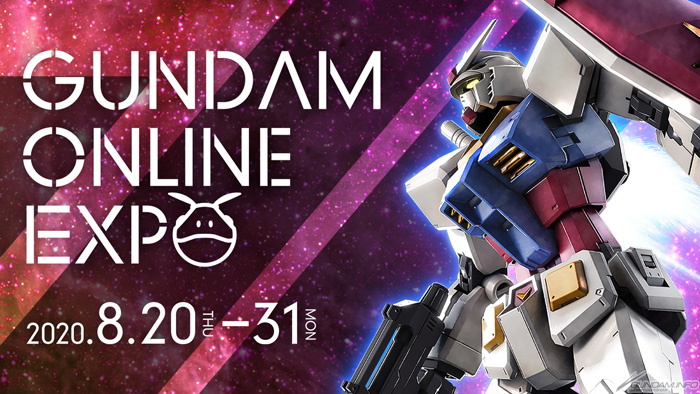 It has been decided that the first Gundam online event “GUNDAM ONLINE EXPO” in the United States will be held for 12 days from Thursday, August 20th to Monday, August 31st.

At “GUNDAM ONLINE EXPO”, you can experience as if you were visiting “THE GUNDAM BASE TOKYO”.  You can virtually visit the special exhibition “GUNPLA WORLD Ver.MG” in commemoration of the 40th anniversary of Gunpla, which is currently held in Gundam Base Tokyo, and enjoy the “MG” series of Gunpla exhibits.

In addition, special video contents such as explanations of painting techniques by expert Kawaguchi, interviews with Japanese guests and panel discussions will be held.

Outline of the GUNDAM ONLINE EXPO

Highlights of the exhibition:

The MG series lineup celebrating its 25th anniversary this year is gathered together.

The 40-year history of Gundam and Gundam is summarized.

Package In-depth Analysis: Detailed analysis of Gunpla packages.  Close up on how to create a package.

An exhibition of “MG” masterpieces by prominent modelers.

Reveal of the Latest MGEX Brand: