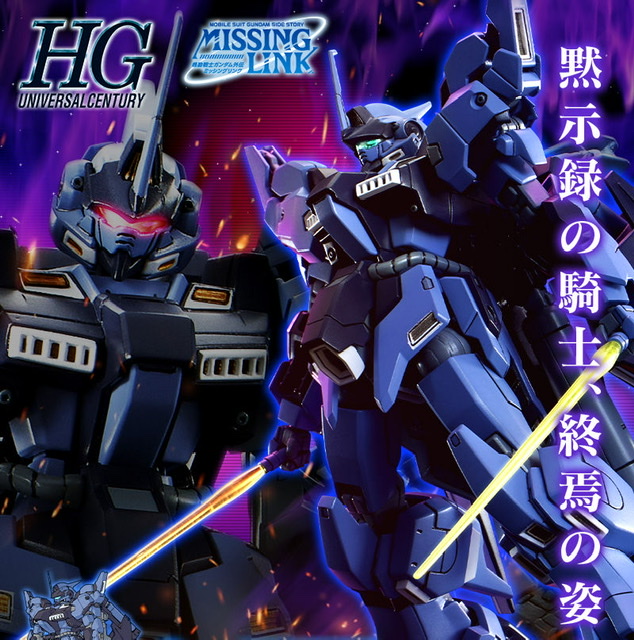 The AMX-018[HADES] Todesritter is a customized mobile suit featured in the video game Mobile Suit Gundam Side Story: Missing Link.

The AMX-018[HADES] Todesritter is a high performance mobile suit used by the Neo Zeon in U.C. 0090, and is made from the wreckage of the RX-80PR Pale Rider. The Pale Rider’s outdated semi-monocoque construction was replaced with a Movable Frame and other new technologies. It was also armed with more contemporary Axis weaponry and technologies from the Federation’s Augusta Newtype Research Institute which allowed the mobile suit to be comparable to the mobile suits used in the first Neo Zeon conflict, and the then brewing second Neo Zeon conflict.

The HADES, which is stored in a black-box inside the head unit, was left untouched by the Neo Zeon. Its backpack is equipped with six verniers and a sub-generator. It can also be fitted with two propellant tanks for extended operating time. It is also equipped with a pair of huge hyper beam sabers, which are used by the Sub-Arms installed in the shoulders. It also has a pair of rear binders which serve as thrusters and as a weapon rack for the INCOMs and Tri-Blades.

* Vulcan Gun
Because the core unit of HADES is mounted on the head, the vulcans are mounted on turrets on both sides of the head. These light projectile weapons are used to intercept missiles, to destroy lightly armored vehicles, etc.
* Machine Cannon
Located in the chest, these shell firing weapons use higher caliber rounds than standard vulcans. This gives the weapon higher penetration ability than vulcans and makes it better suited to damage a mobile suit.
* Beam Saber/Beam Gun
The beam saber is a small device held in the mobile suit’s hands when deployed and is powered by a rechargeable energy capacitor. It emits high-energy Minovsky particles to form a blade-shaped I-field (via manipulation of electromagnetic fields), and then fills this I-field shell with superheated Minovsky particle plasma to produce an effective cutting blade. The Todesritter is equipped with two beam sabers stored in the forearms, which also doubles as beam guns for use in ranged combat.
* Hyper Beam Saber
A more powerful version of the standard beam saber, it has a larger handle and emits a larger, more powerful blade. The Todesritter is equipped with two hyper beam sabers stored on the mobile suit’s backpack.
* INCOM
A remote weapon designed for use with a quasi-psycommu system seen in the AMX-014 Döven Wolf but is now handled by the HADES in the Todesritter. These disc-shaped devices are armed with internal beam guns and controlled via wire cables. Every time an INCOM changes its flight direction, it deploys a tiny relay INCOM to hold the wire in place and maintain its connection to its parent mobile suit. When the pilot recalls the INCOM, it retraces its course as the wire is retracted.
* Beam Gun
Each INCOM mounts a beam gun with a power rating of 4.5 MW. Because of limitations the wires cannot supply enough power to allow the beam gun to be continually used. After a set number of shots the INCOM must be recalled so that the beam gun can be recharged.
* Tri-Blade
Each of the Todesritter’s INCOM is equipped with a Tri-Blade. The Tri-Blade is a throwing weapon originally used by the AMX-009 Dreissen, it has three high-speed rotating blades and can move towards its target using the single vernier mounted at the bottom. The mounting of the Tri-Blade on the INCOM allows it to have more flexibility through the use of wire guidance, trajectory shifts with INCOM relays, and mixed attacks with the INCOM’s Beam Gun. This also makes it easier to recall the weapon to the mobile suit.
* Hyper Knuckle Buster
Originally used by the AMX-008 Ga-Zowmn, the hyper knuckle buster is a high-powered beam firearm, it has a power rating of 4.1 MW and is powered by an E-pack.
* Shield
The Todesritter is equipped with the shield that was originally used by the AMX-107 Bawoo. It is armed with 5 mega particle guns in the center. 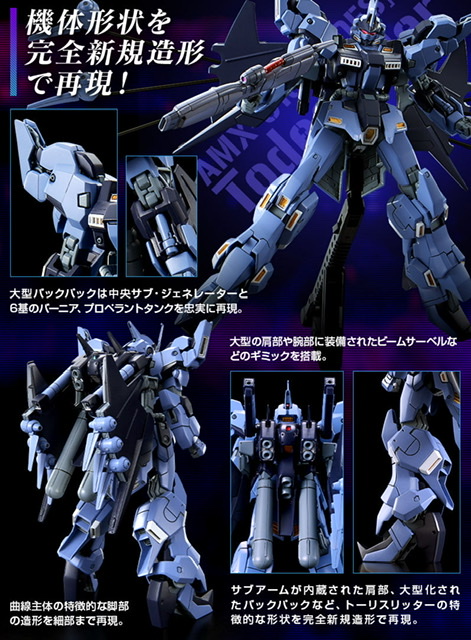 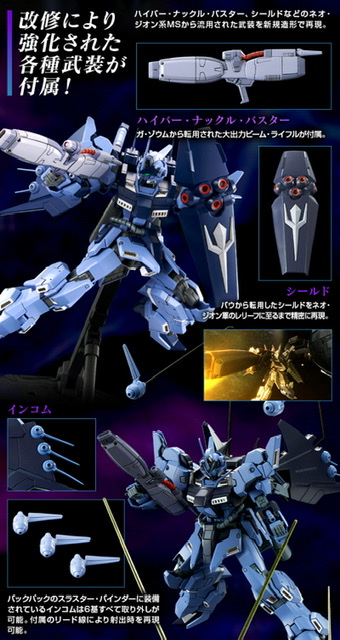 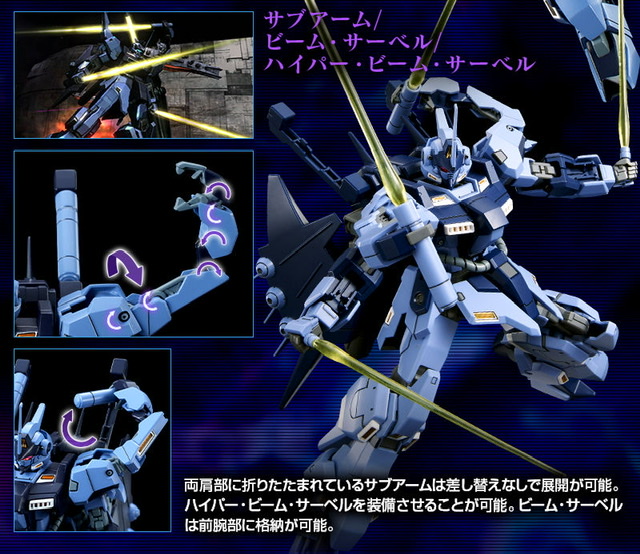 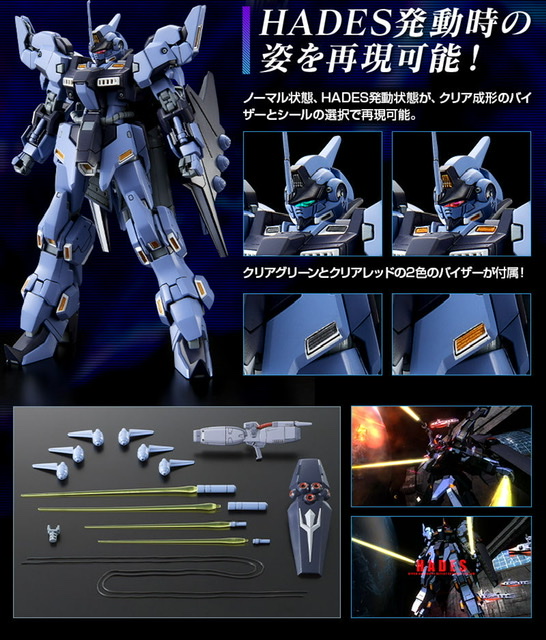 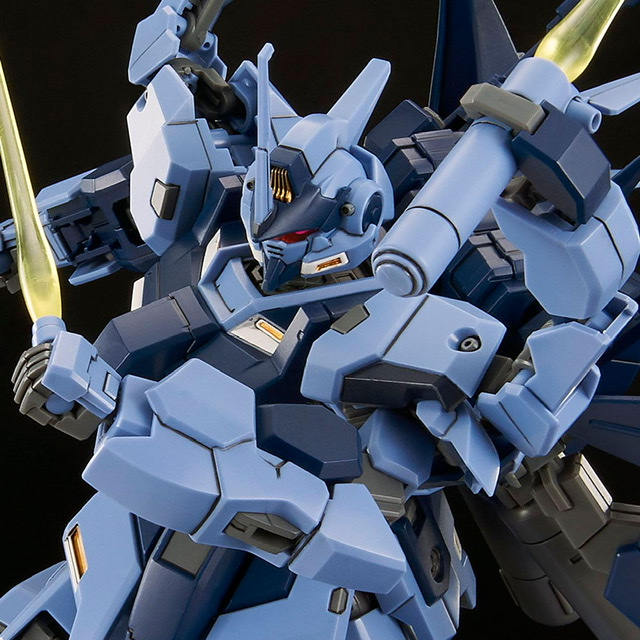 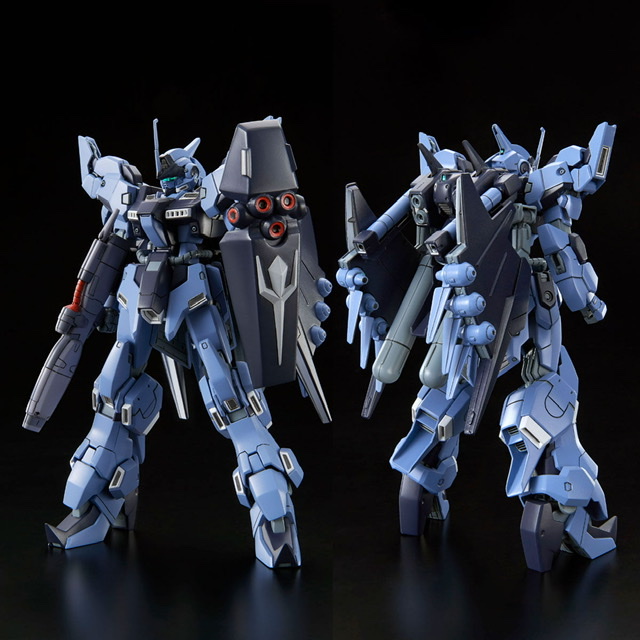 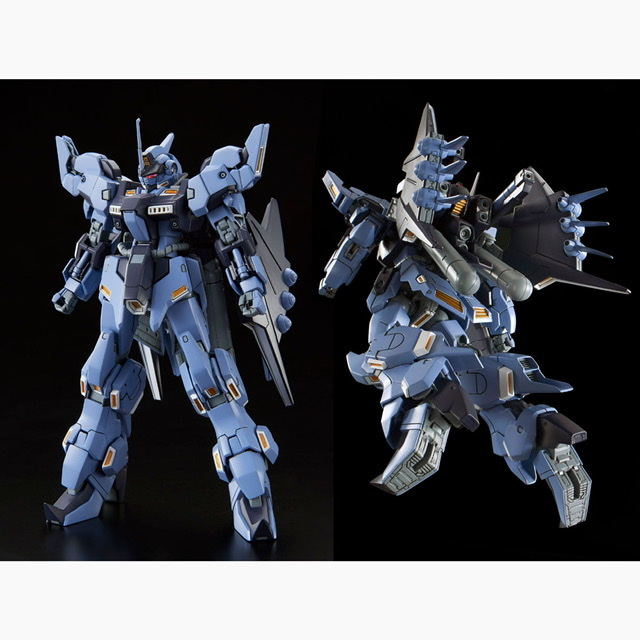 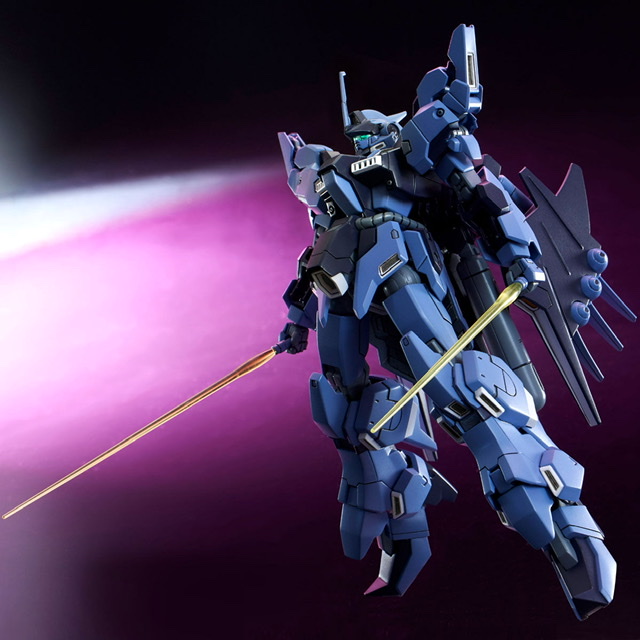 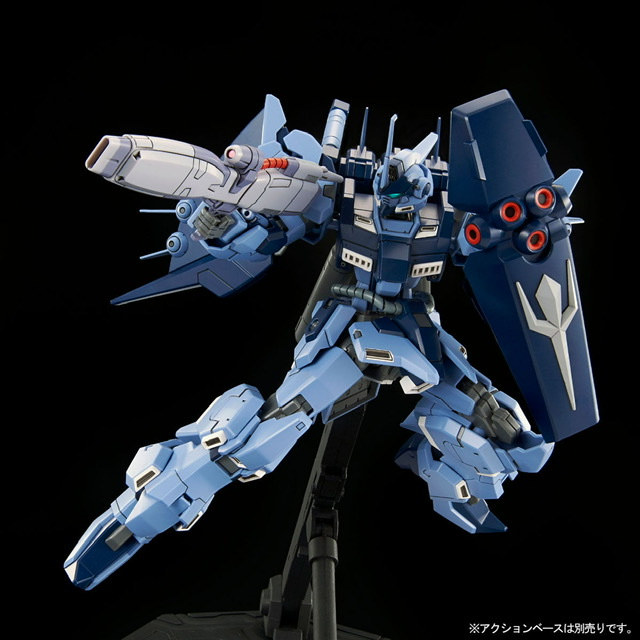 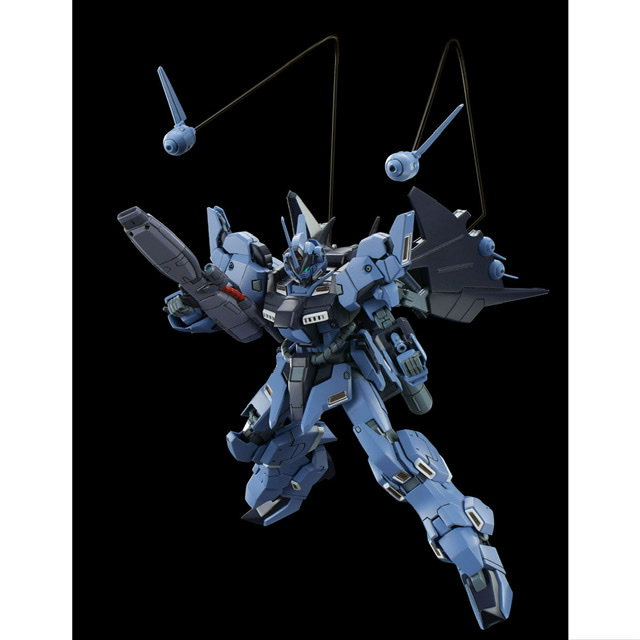 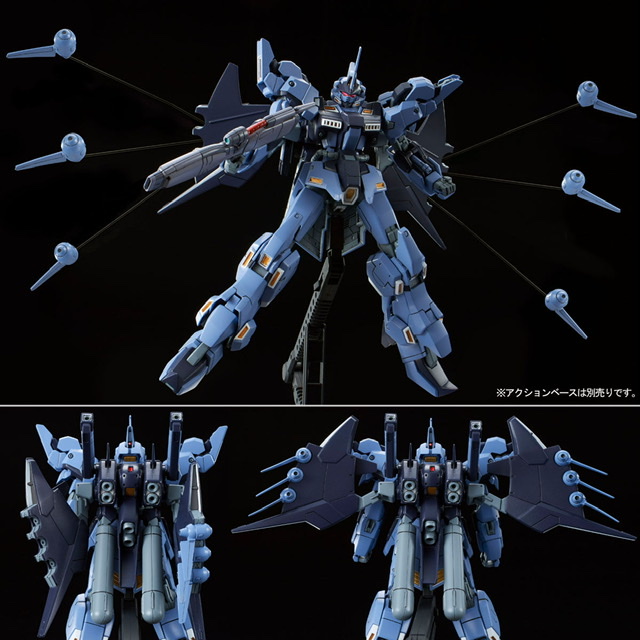 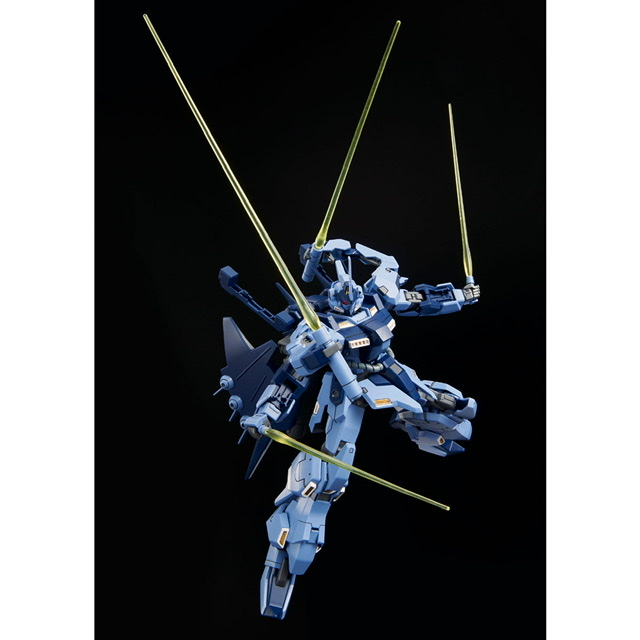 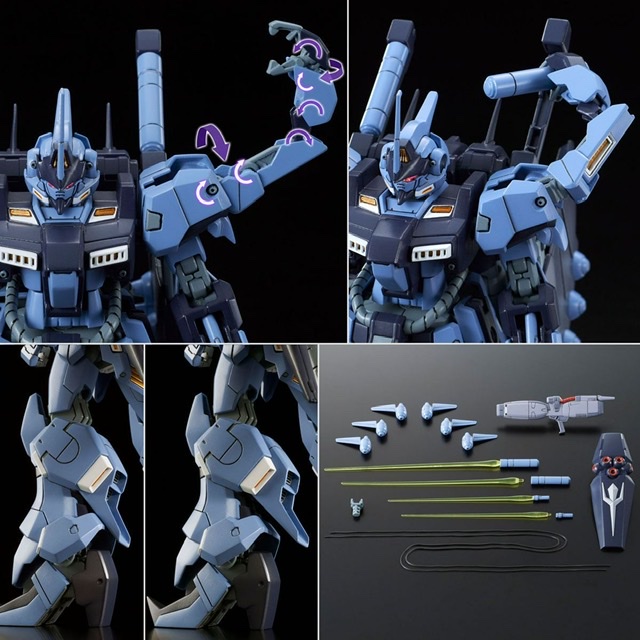