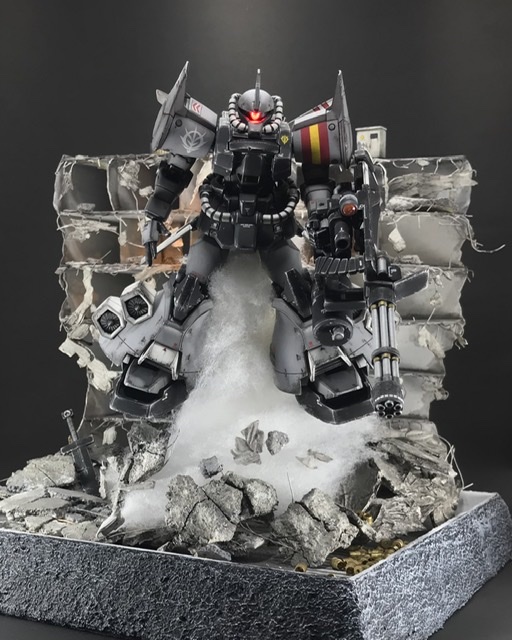 Translated from the Modeler:

A diorama at the moment of taking off.

Gouf Flight Type crashed into a building and is taking off again. See the glowing monoeyes, the flying rubble, the thrown sabers, and the scattered shells.

This is an illuminated version.

From the back. Verniers are also illuminated.

The MS-07H-8 Gouf Flight Type is an experimental mobile suit that appears in the series Mobile Suit Gundam: The 08th MS Team.

Developed as a refined version of the MS-07H-4 Gouf Flight Test Type, the MS-07H-8 Gouf Flight Type was a prototype unit designed to test the concept of an atmospheric flight-capable MS. However, Zeon military halted its development to focus on the creation of a dedicated aviatic MS. Despite the cancellation of the program, several experimental units still occasionally found their way into the field for testing.
The H-8 model featured an improved backpack fitted with more powerful thrusters and leg-mounted thermonuclear jet engines. Aerodynamic control surface wings were added to the backpack and waist armor, giving the H-8 Gouf more stability in flight, as well as the ability to hover over water much like the original MS-07H Gouf Flight Test Type. Although it was a vast improvement over its predecessors, tests revealed that the Gouf Flight Type was still plagued by the same problems: its engines were prone to overheating and consumed a lot of fuel at high altitudes and high speeds, thus limiting its range and flight time. 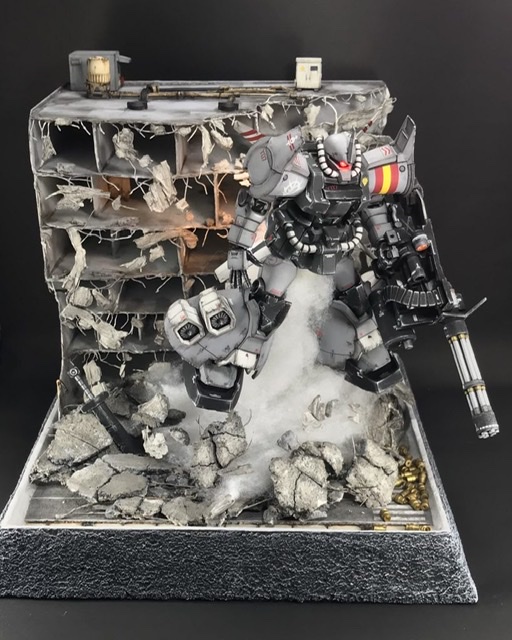 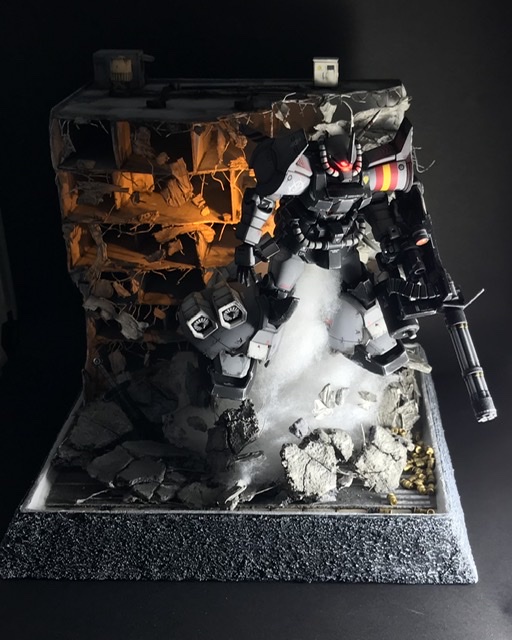 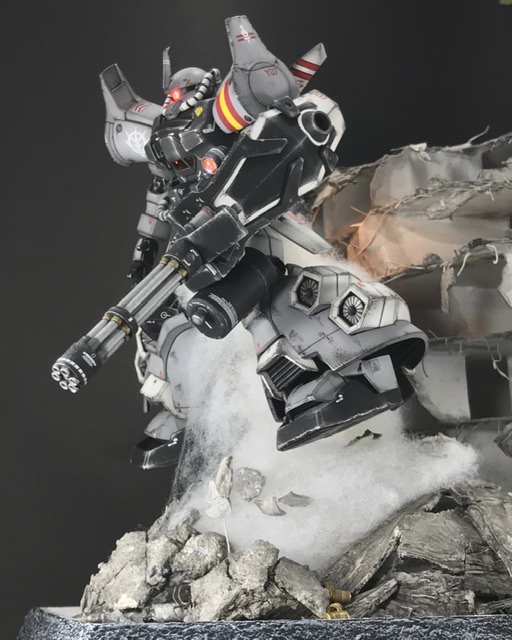 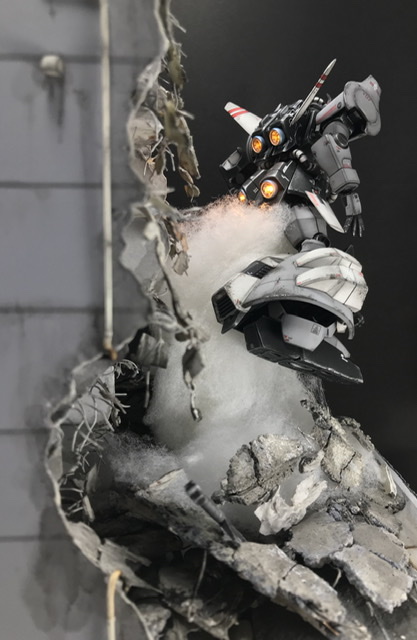 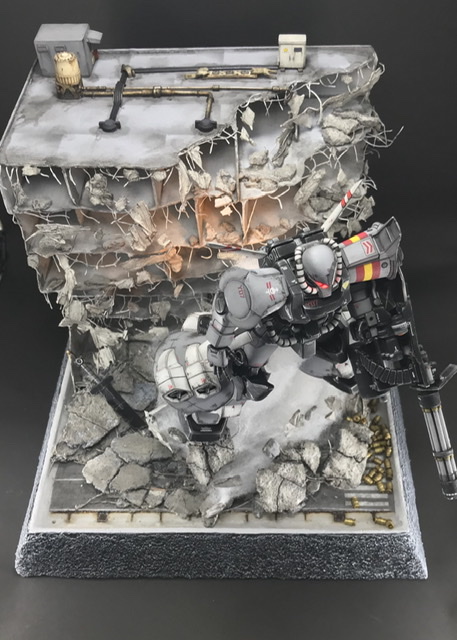 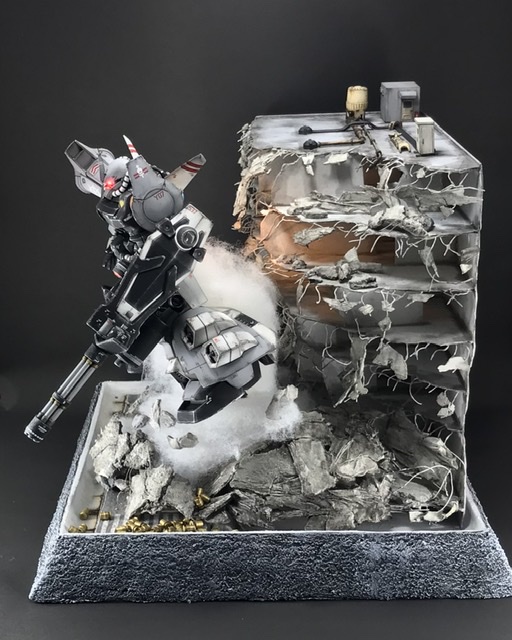 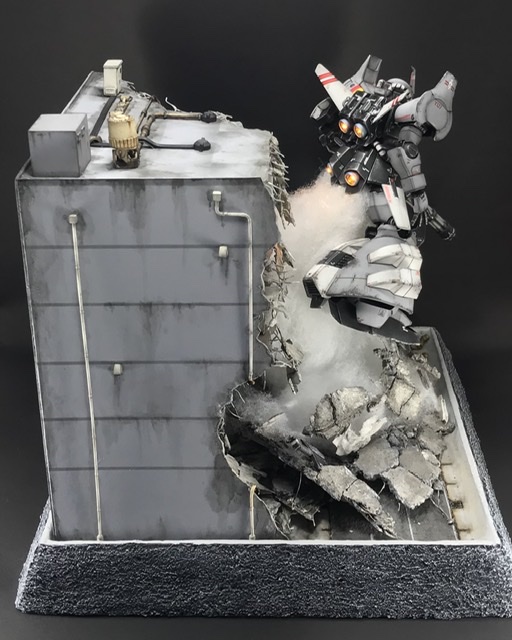 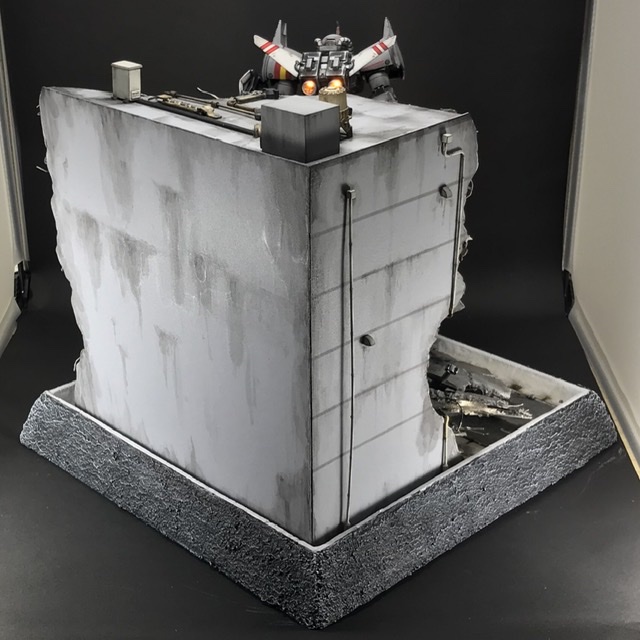