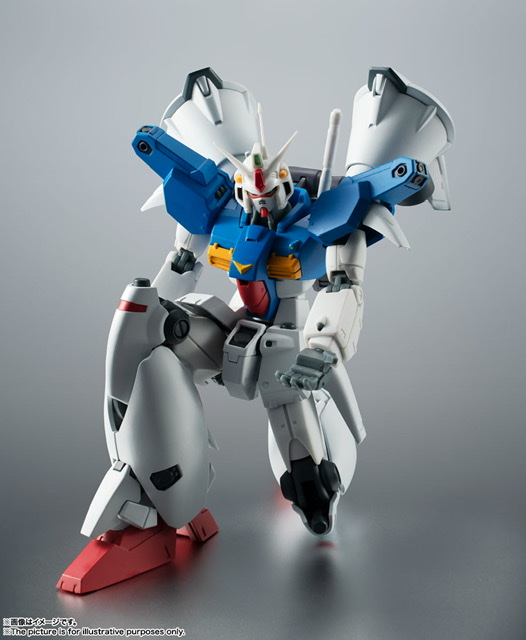 The RX-78GP01 Gundam “Zephyranthes” was designed to operate in both Earth and Space by using the appropriate Core Fighter and although the space-use unit was ready, the suit was unfortunately wrecked before it could be fitted on. The damaged GP01 was recovered and the engineers of Anaheim Electronics gave it a massive overhaul while repairing it, creating the RX-78GP01-Fb Gundam “Zephyranthes” Full Burnern, which is designed for space combat.

The renovation process was completed in two days, with operational testing carried out at Anaheim Electronics’s Livermore factory.
Its armor is more streamlined for better mobility in space, and thrusters are mounted in the chest, shoulders and legs. The air-intakes on the chest are replaced with reverse thrusters, with the covers expanding during use.

The shoulder armor now contains shoulder vernier pods, and added thrusters are attached to the back of the legs and the soles. Propellant tanks are built into the shins to further extend the suit’s operating time.

The backpack is equipped with built-in generators and also has the most noticeable addition: the two Universal Boost Pods. The Universal Boost Pods allow the Full Burnern to have superior acceleration and mobility when compared to other units at that time. As a result, the pilot has to contend with high G-forces due to overwhelming acceleration.

The weapons come with a beam rifle, a beam saber, and a shield. The shield can be reproduced in the stored state and the deployed state.
A large vernier effect that can enhance enhanced mobility is included. The chest and shoulder vernier can be recreated using replacement parts, the vernier effect can be attached, and reverse injection braking can be reproduced.
Includes high power output, curved beam saber effect, and multiple beam rifle effects. Also included is a beam jette effect that can be attached to a beam rifle.
By combining it with the separately sold “ROBOT Spirits RX-78GP02A Gundam Prototype 2 ver. A.N.I.M.E.” and “ROBOT Spirit Effect Parts Set ver.

* 60mm Vulcan Gun
Standard head-mount CIWS.
* A.E.Blash·XBR-L-83d/Du.02 Beam Saber
A close combat weapon that produces high-energy Minovsky particles to form a blade-shaped I-field filled with superheated plasma that creates a deadly cutting blade. Two beam sabers are stored on the backpack. This particular model is manufactured by Anaheim Electronics and can function as beam gun in core fighter form or mobile suit form.
* BOWA XBR-M-82-05H Beam Rifle
A specialized high-power beam rifle designed specifically for the GP01, it features an advanced firing control system integrated into the weapon.
* Jutte
Mounted on the underside of the Zephyranthes’ beam rifle is a small beam saber designed to catch enemy beam sabers, allowing the pilot to quickly counter when there is no time to draw out his main beam saber.
* HFW-GMG・MG79-90mm Machine Gun
The bullpup machine gun is an open-bolt, gas-operated, magazine-fed, mobile suit handheld sub-machine gun. It does not require energy to be used, however it is ineffective against heavy armor. When the magazine is empty, it can be discarded and replaced with a new one.
* BLASH HB-L-07/N-STD Hyper Bazooka
Technically a large rocket launcher, it fires several 360mm missiles to attack targets at long range. No mass-production MS’s armor is able to stop this weapon. While very powerful, it has a slow rate of fire and a fairly little amount of ammunition. Most oftenly used to take out slow, heavily armored targets.
* HFW-GR·MR82-90mm GM Rifle
A simple shell-firing machine gun, it has nowhere near the power of a beam rifle, but can be cheaply produced and easily maintained. It features different barrel, sensor unit, stock and magazine configurations that allows for different ballistic and handling properties.
* RX·VSh-023F/S-04712 Shield
A defense armament for many mobile suits, the shield is a thick sheet of armor designed to take severe punishment that would normally destroy a mobile suit. Since the introduction of beam weaponry, shields are treated with an anti-beam coating to withstand several beam shots before the coating wears off. Typically, physical shields can only take so much damage before they succumb to the pressure and break. This shield has an unique feature, it is normally in its collapse form and can expand when required.
* BOWA BG-M-79F-3A Beam Gun
Borrowed from the RGM-79GS GM Command Space Type, it is a next generation beam weapon developed as a testbed for a new category of weapon between the Beam Rifle and the Beam Spray Gun, resulting in the new ‘Beam Gun’ category. Its most unique features are the large beam accelerator and battery pack located on top of the rear portion of the weapon. These mechanics created a type of beam, that in addition to pinpoint penetration of targets, also has the side effect of cutting through the internal systems of the target, which proved to be very effective at rendering targets combat ineffective.
* Blash XBR-L-83d Experimental Beam Rifle
A large-scale, long-range prototype beam rifle first tested on November 05, 0083. Since it was originally designed for the RX-78GP03S Gundam “Dendrobium Stamen”, it was highly inaccurate when used by the Full Burnern. Though its accuracy was later improved after a stabilizer from the Albion’s mega particle cannon was installed, it was still rendered unable to fire after sinking a Chivvay-class with a single shot.
* Long-range Beam Rifle
A weapon originally developed for the RX-78GP00 Gundam “Blossom”, it is a beam rifle that enables the pilot to hit distant targets with pinpoint accuracy and devastating power, because the equipment would throw off the Zephyranthes’ balance if connected directly, it would instead be mounted to a Booster Bed.

The RX-78GP01-Fb Gundam “Zephyranthes” Full Burnern was first deployed on November 8 of the UC 0083 after repairs and upgrades to the damaged RX-78GP01 Gundam “Zephyranthes”. Its initial deployment was a test run of its capabilities on the moon’s surface, piloted by its pilot Kou Uraki.
Its second deployment was the next day, when the mobile armor MA-06 Val Walo appeared near the city Von Braun, the pilot demanding to duel the Gundam. The Full Burnern Zephyranthes was deployed though because of his past with the pilot Kelley Layzner, Kou Uraki was hesitant to fight. This hesitancy caused the Zephyranthes to be caught in the Val Walo’s plasma leaders. While the Gundam was incapacitated Nina Purpleton was almost killed, removing Kou’s hesitancy. Two of the plasma leaders were destroyed by Chuck Keith’s RGC-83 GM Cannon II and the third was destroyed by the Gundam. Freed of the plasma leaders, the Gundam and the Val Walo entered a battle of speed and agility, neither able to damage the other. Finally, the Val Walo caught the Gundam by the legs, but Kou disengaged the torso and used a beam saber to critically damage and destroy the Val Walo.
The Full Burnern was destroyed in a heated battle with its brother unit, the RX-78GP02A Gundam “Physalis”.
Variants

* GP-01 Heavy Full Armor Burnern
* RX-78GP01-Fb Gundam Full Burnern “Zephyranthes” Linkin Park Edition
On November 24, 2010 a promotional model was released to tie in with both Mobile Suit Gundam: Extreme Vs. and Linkin Park’s fourth studio album, “A Thousand Suns” in Japan as part of the 30th anniversary of Gunpla. According to their official Japanese website, the members of the band are big fans of the Gundam franchise and designed the custom color scheme of the model. 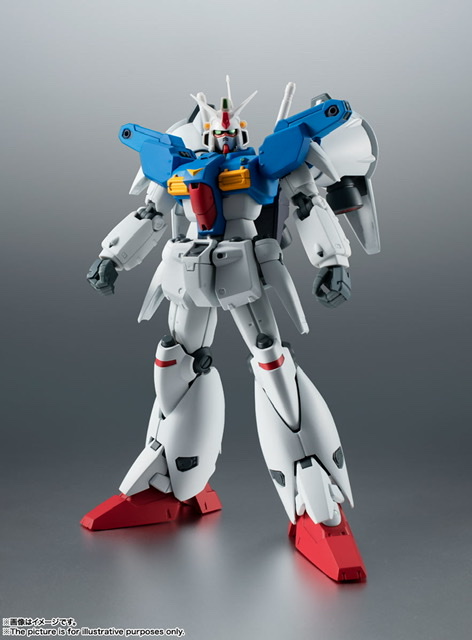 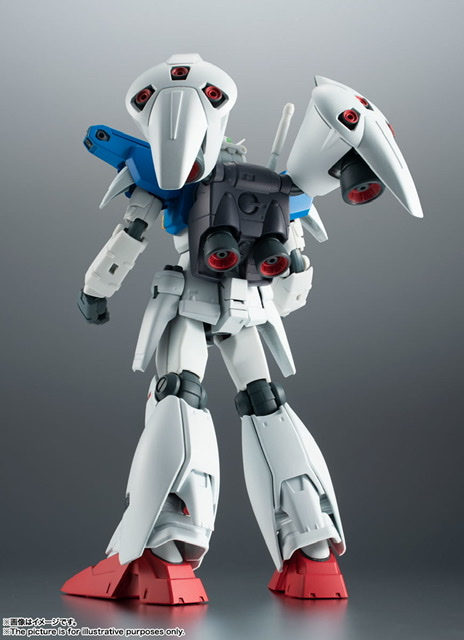 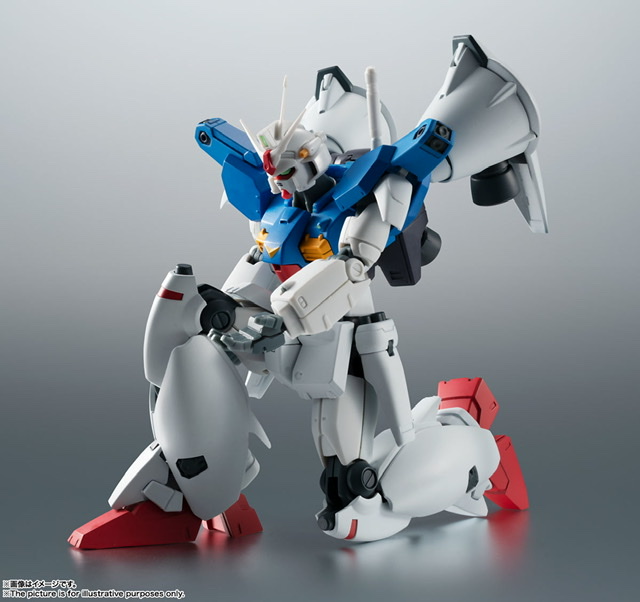 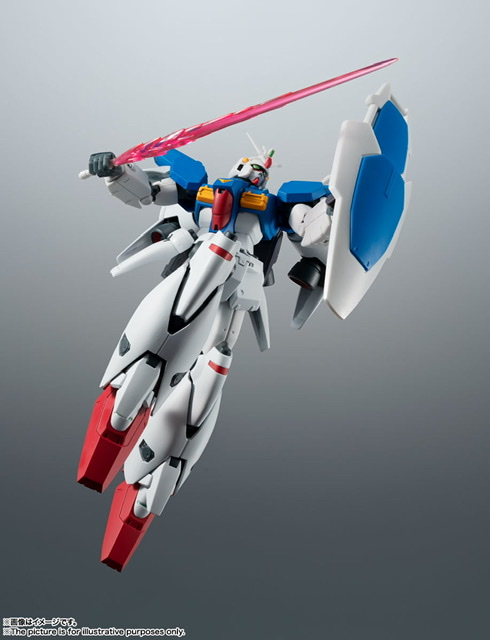 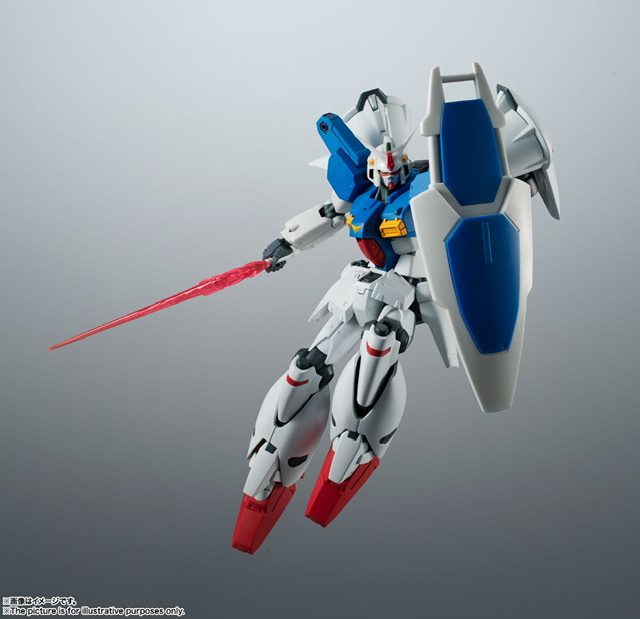 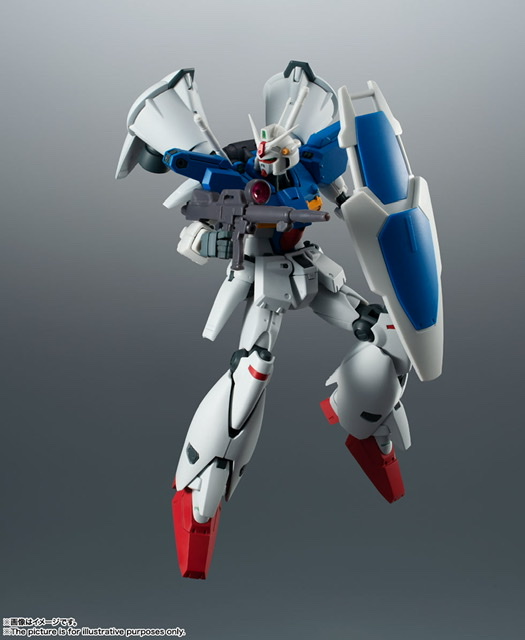 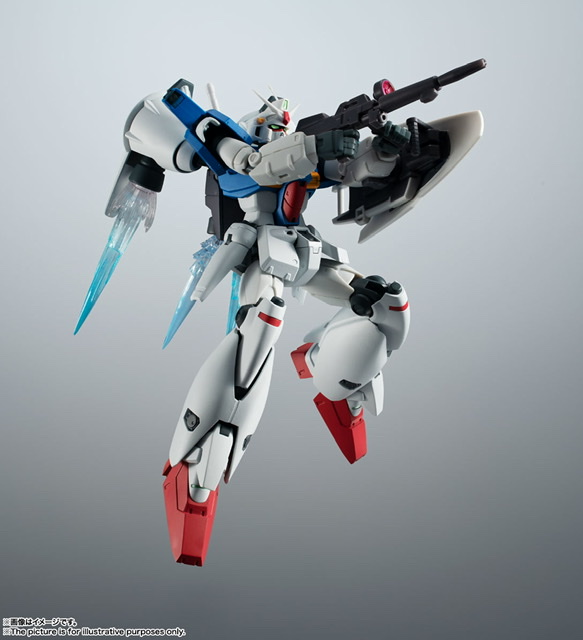 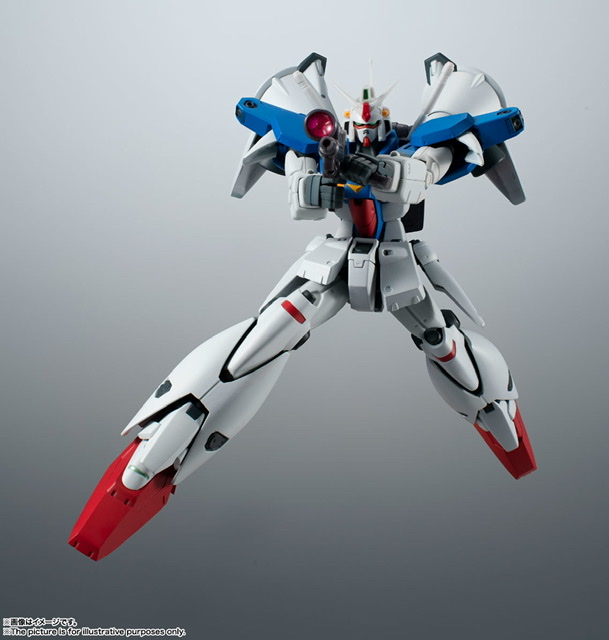 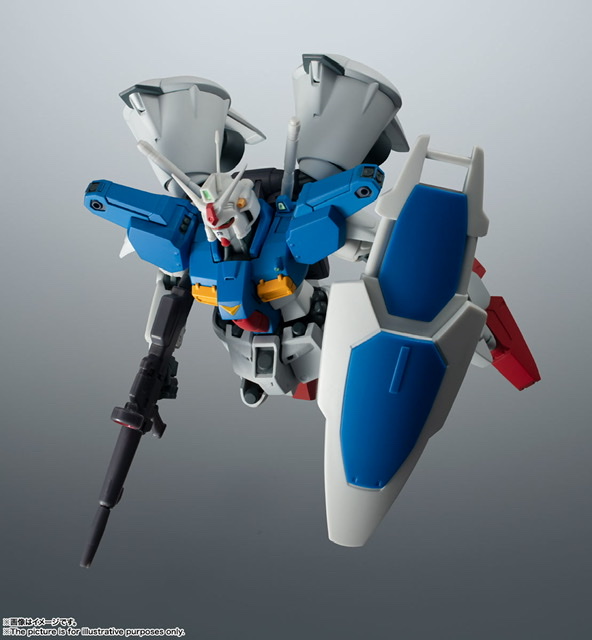 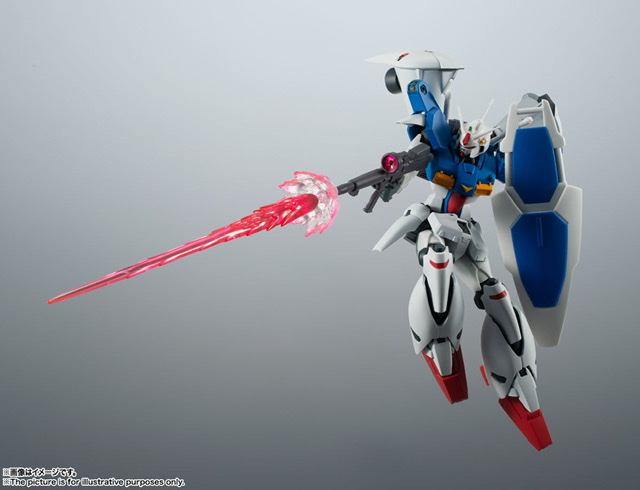 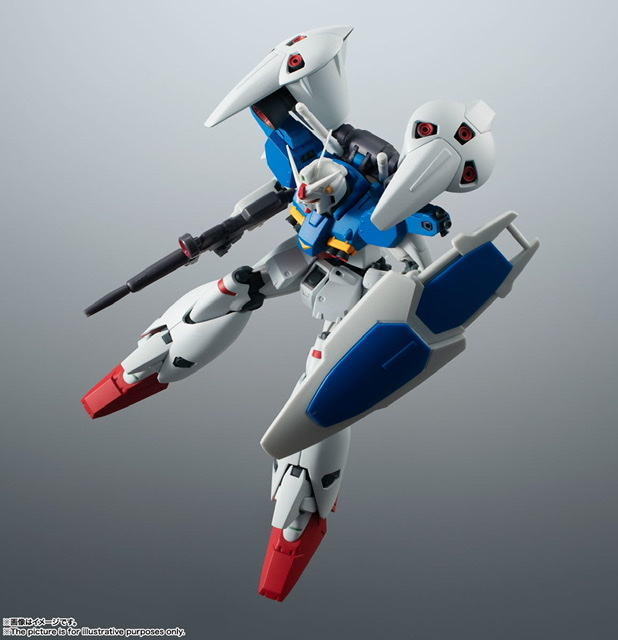 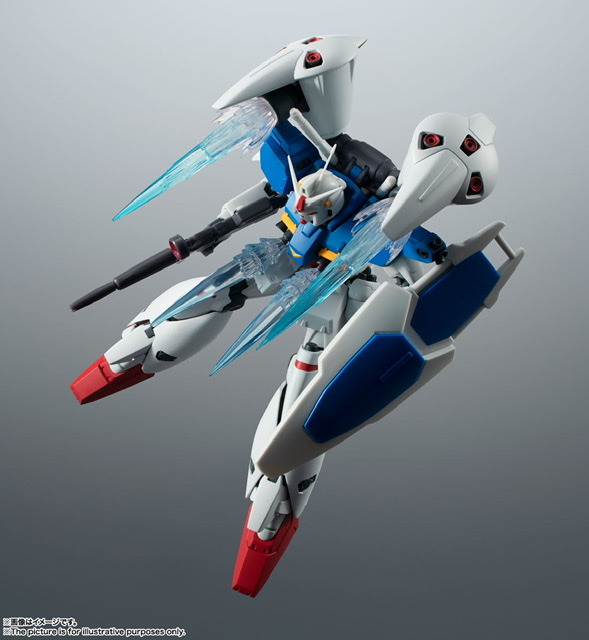 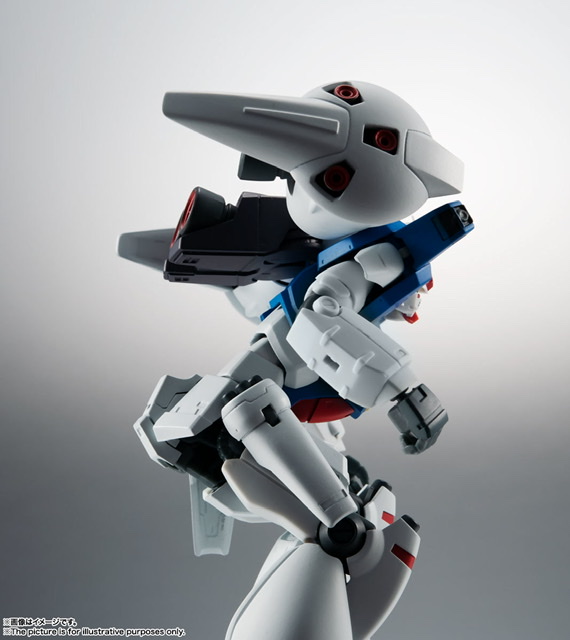 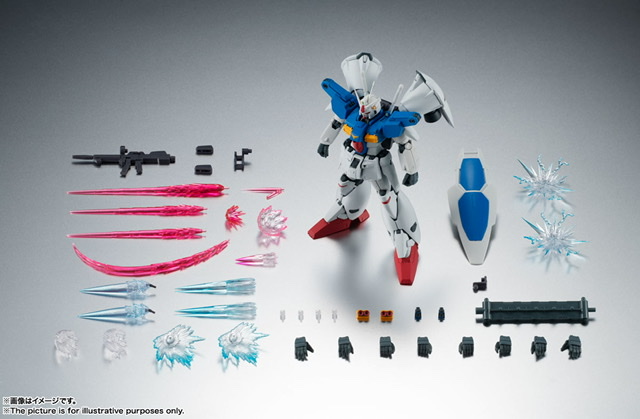 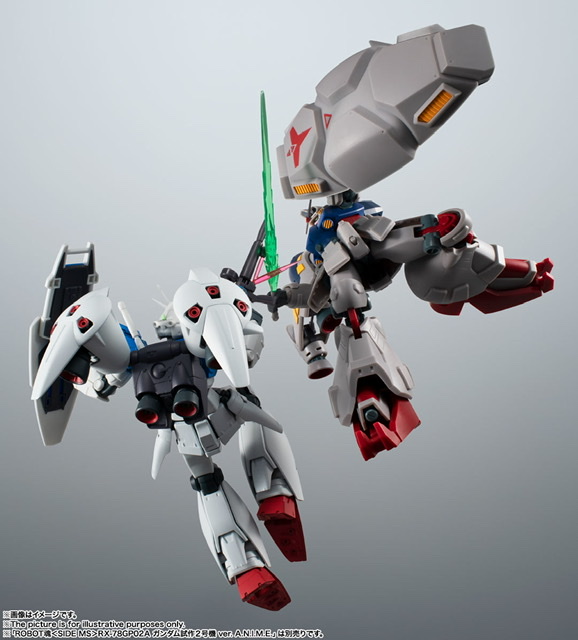 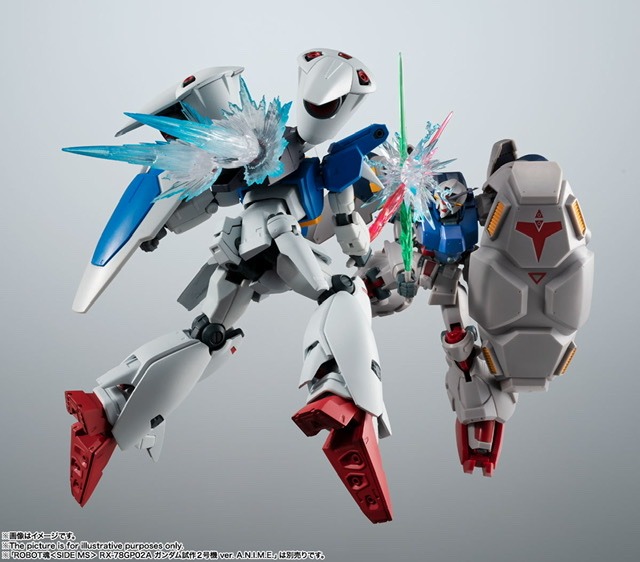 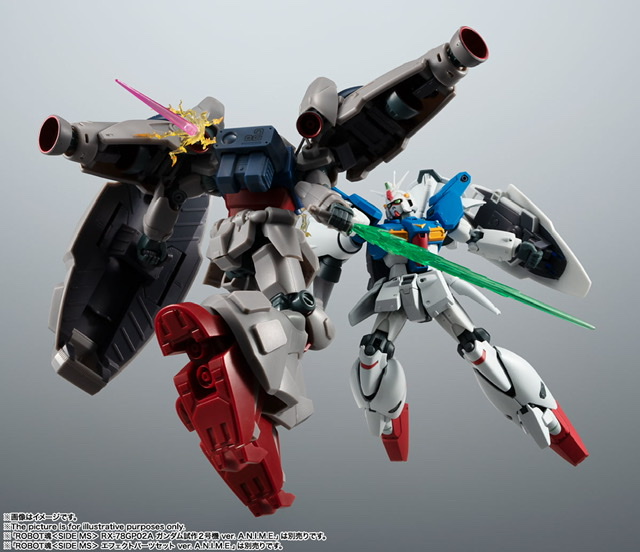 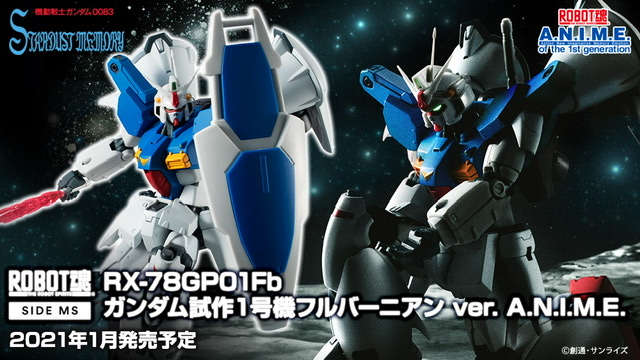 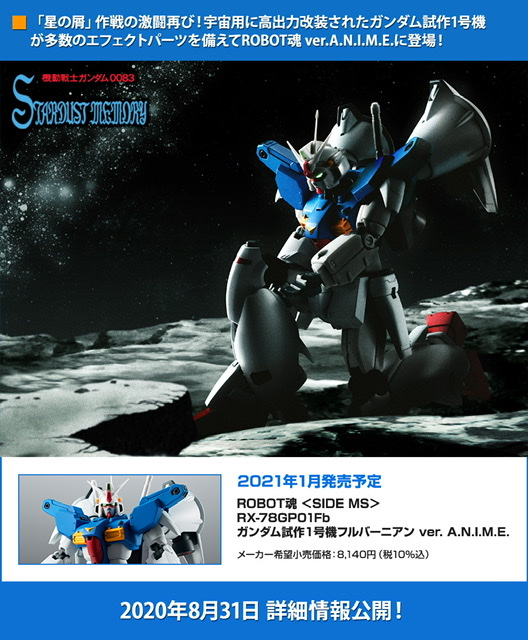