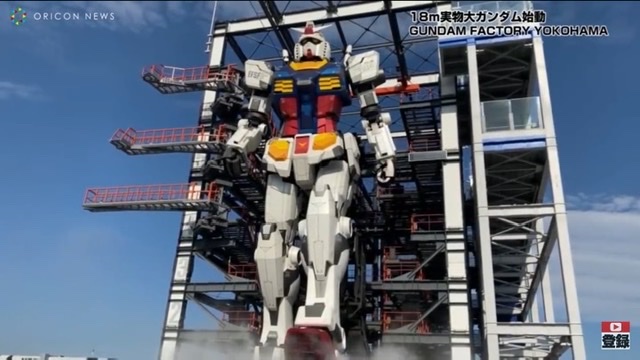 A full-scale moving “Gundam” commemorating the 40th anniversary of the popular anime “Mobile Suit Gundam” was released to the press before it was exhibited in Yokohama City from December.