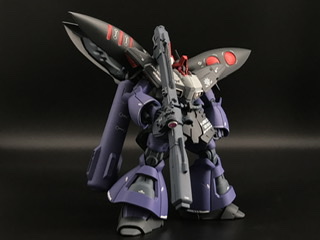 Schmetterling means butterfly in German.
I mixed using parts such as Qubeley and α-Azieru, and painted the color scheme with reference to the official illustration of Dom III of A.O.Z Re-Boot.
As a setting, this machine is a double-seat specification, and two pilots operating the main body and a pilot operating the funnel can board. The second head on the back is a Psycommu device that amplifies the sensitive wave to compensate for the low NT suitability of the funnel-operated pilot.
Thanks to the Qubeley feathers, it looks pretty big and cool
The mono eye is equipped with a neodymium magnet so that it can move left and right.
Triple beam cannon.
Beam bazooka is a big armament, so it suits the Dom system
The second head of the back uses the shoulder parts of R-GYAGYA. As for the antenna, there were many Neo Zeon mecha per ZZ, so I tried to grow it.
Since it is connected with a ball joint, it moves left and right properly.
The propellant tank uses the one of a Azir.
The base of the backpack is actually the Qubeley’s torso.

State before painting
It feels a little strange before I apply it, but I’m glad that it got used to it after I applied it.
After I finished making it, I noticed that both Qubeley and Dreissen had weapons in their arms and similar body balance, so they had something in common. 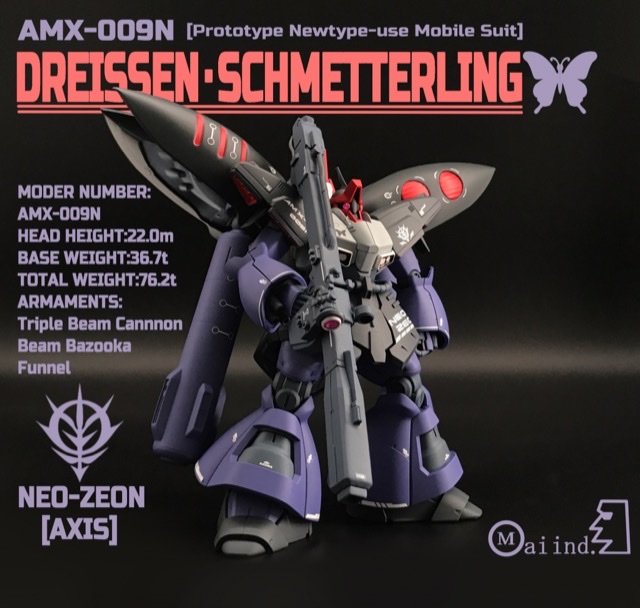 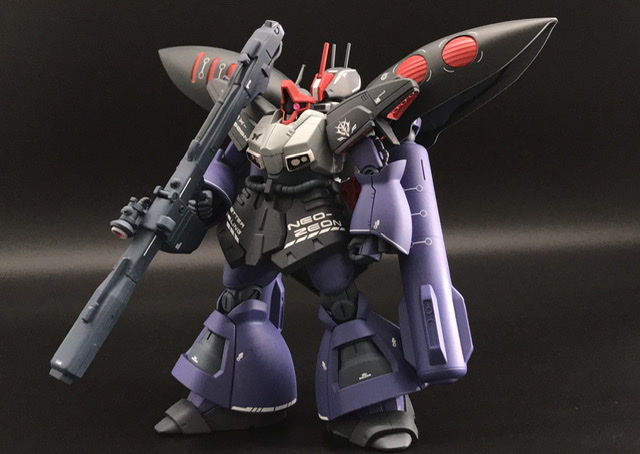 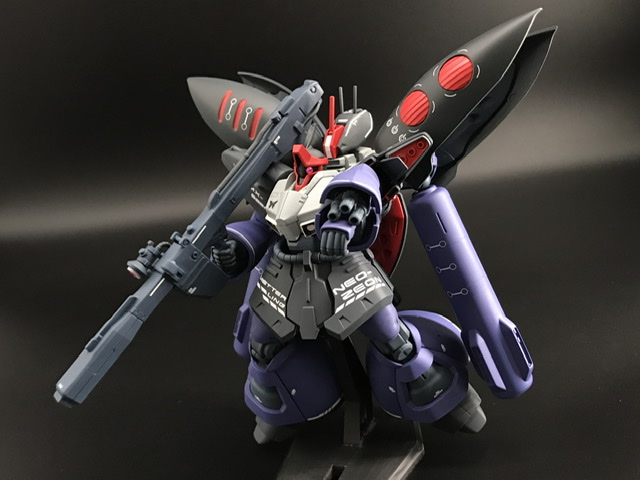 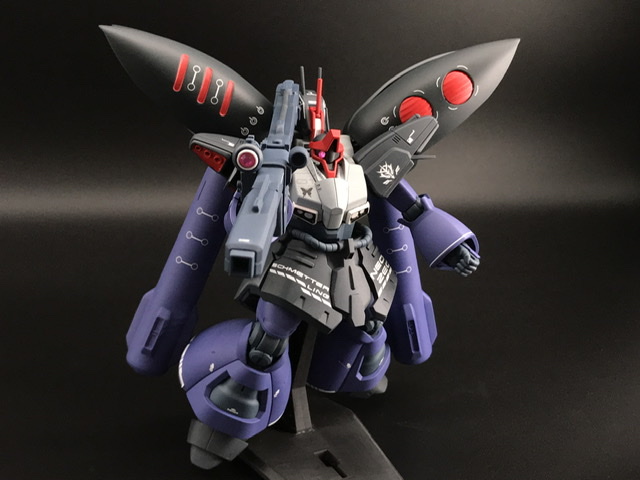 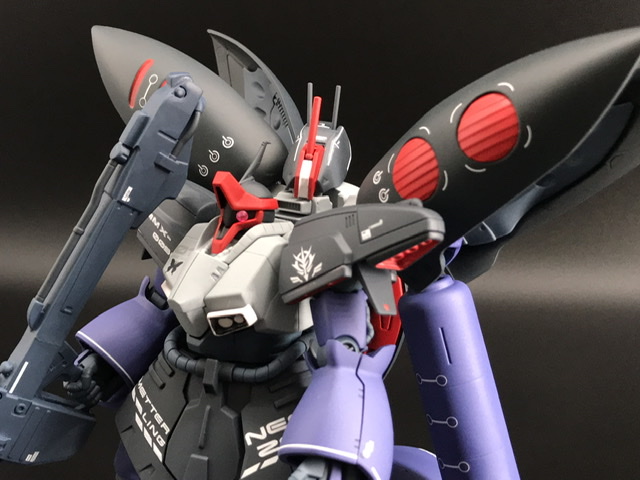 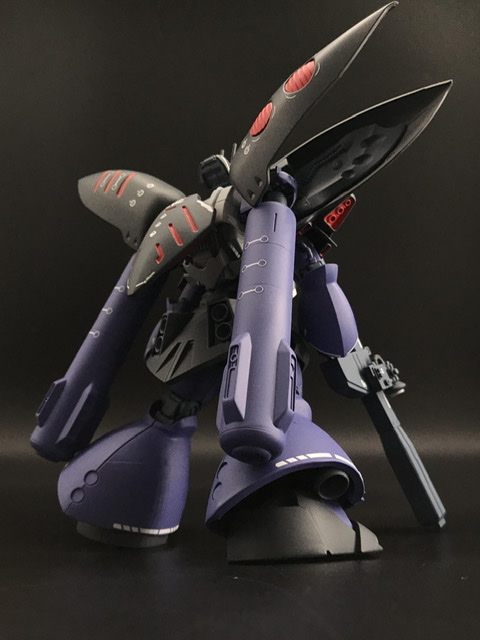 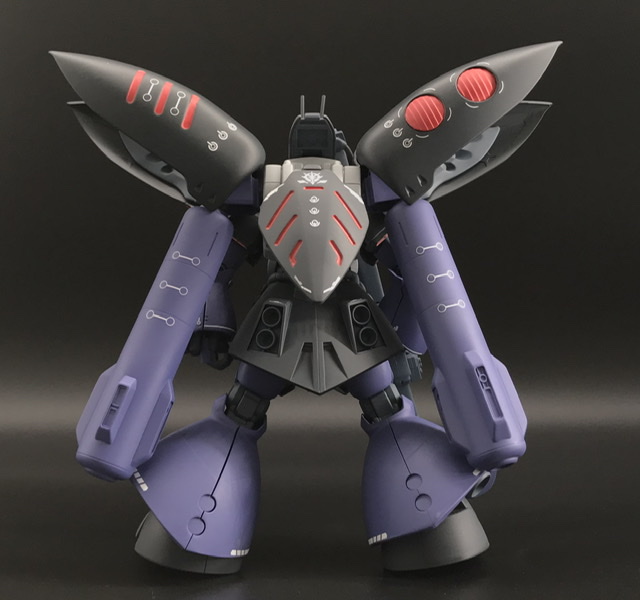 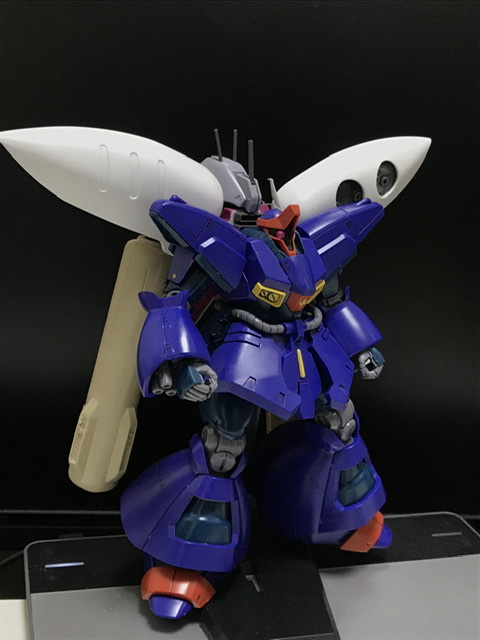