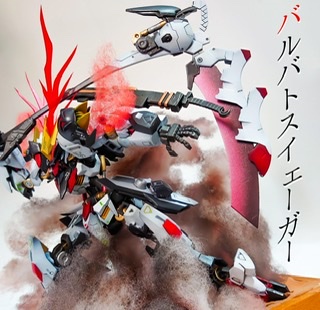 This is Gundam Barbatos Jaeger.
Based on the simple concept of “Barbatos that seems to be strong”, I made it with an image like the second form of Barbatos Lupus.

Overall
Originally I started making it as an enhanced version of Lupus with a different route from Rex, so it looks like it is based on Lupus.
The top of the head is shaped like a series of mountains from the original rounded shape of the lupus.
It was a little hard to see on a white background, I’m sorry

Space warfare backpack
Large backpack with emphasis on propulsion, with weapon racks on both sides

Armed introduction ① Decapitation sword
Warped decapitation sword derived from a sword
Executioners Sword? I wonder if it’s a sword with a square tip, I like that so I tried to make the sword look like it
I wanted it to be more like a small mace than a sword, so I made it black.
In addition to the backpack, a sheath can be attached to the arm
Since all the weapons are removable this time, I set it to select and sortie according to the battle situation, it was like that in the animation.

② Pile bunker
Everyone loves romantic armament
③ Arm gun
Checking, losing posture, etc.
④ Large railgun
Mainly used in space battles
Although it is also in the setting of Lupus, I made it as I like because it did not appear in the animation
Can be mounted on a backpack except when shooting
⑤ Odachi Mace
Odachi-shaped mace for the same purpose as sword mace
Suitable for attacks closer to slashing than Sword Mace
I like swords and sword maces, but I thought it would be a good idea to increase the armament too much.
Simple scratching with laminated plastic plates
⑥ Large size Grim Reaper
This time’s featured armament
Slash the surroundings with the reach of the Jaeger body and wipe it off
Armed assuming a wide range of short-range attacks in many battles against the Tekkadan
The blade part has a folding gimmick, so it will be a little compact when mounted
The blade was painted with gradation for the first time with the introduction of an airbrush, which is fun …

Speaking of Barbatos, release the limiter
Combined with the eye light effect from the camera eye, red steam was blown out from the claw-shaped duct on the shoulder.
* I changed the photo because I was able to take a good one.

Production photos
I wanted to change my head boldly
Cheek? I’m trying to emphasize the streamlined shape by attaching a little behind
When it took shape somehow
The belly frame uses the arm of Hyakuren like the previous work Gusion
The joints on the shoulders are made of plastic plates to make them double joints and extend the shoulder width.
It looks like this with only the frame
The hip joint is also slightly extended, and the neck is newly built with junk parts.

I wanted to produce a massive feeling of the frame when armored, and I wanted to attach the cylinder of the belly to the outside, so it also serves as the base.

I used the most plastic board ever, such as Odachi mace, Grim Reaper blade, and horns.
By the way, I couldn’t wait for the resale of Dantalion, so I picked up my legs from the past Gundam Amon.
I’m sorry Amon … 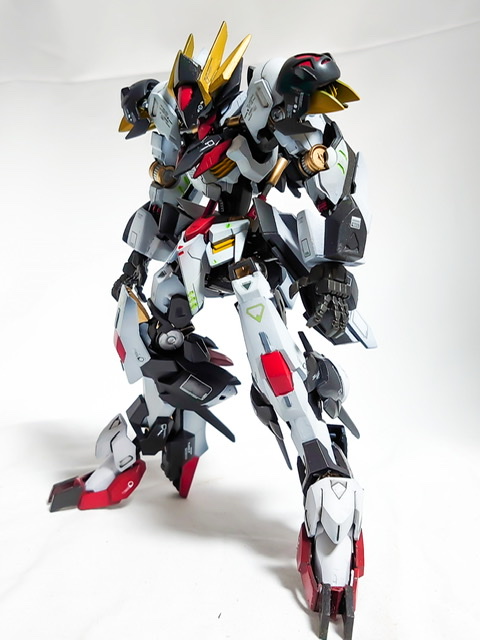 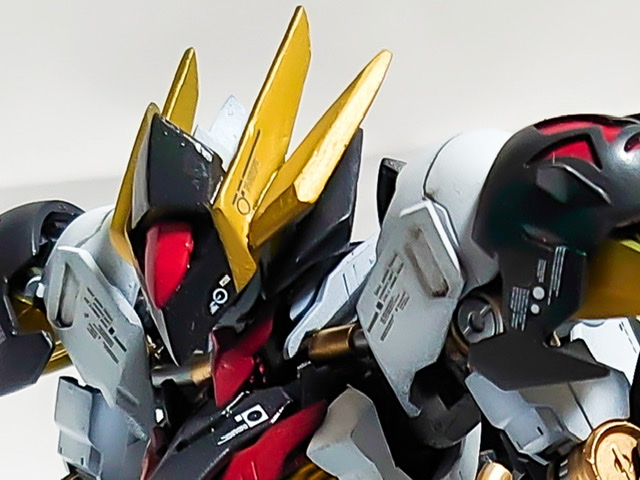 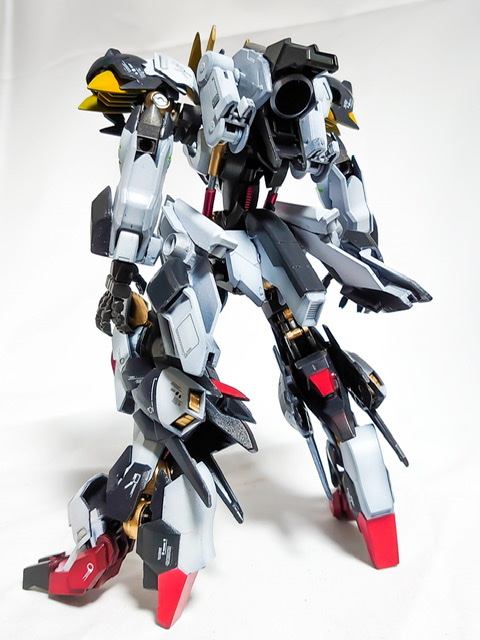 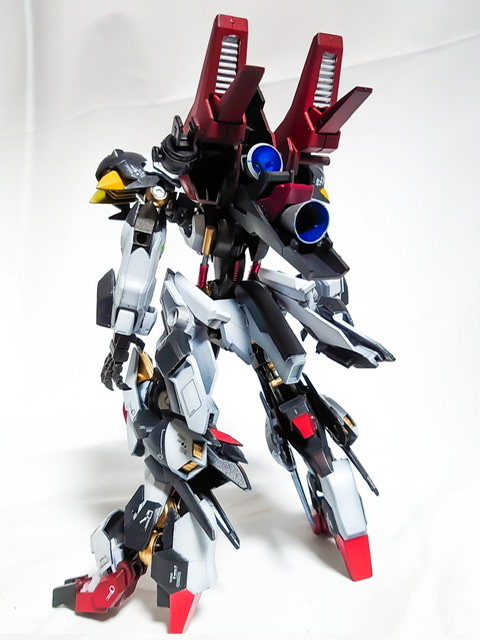 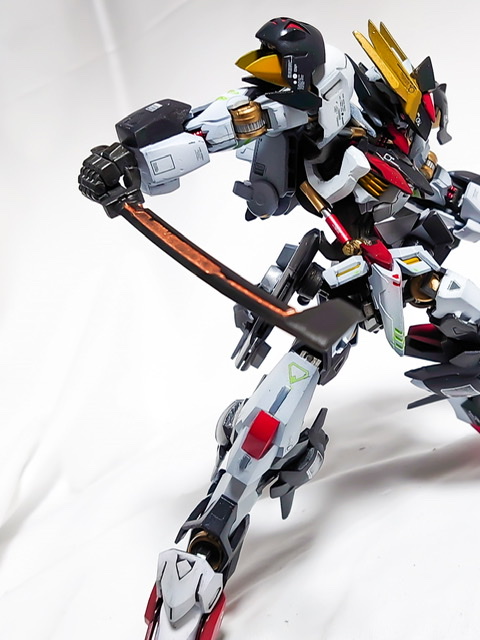 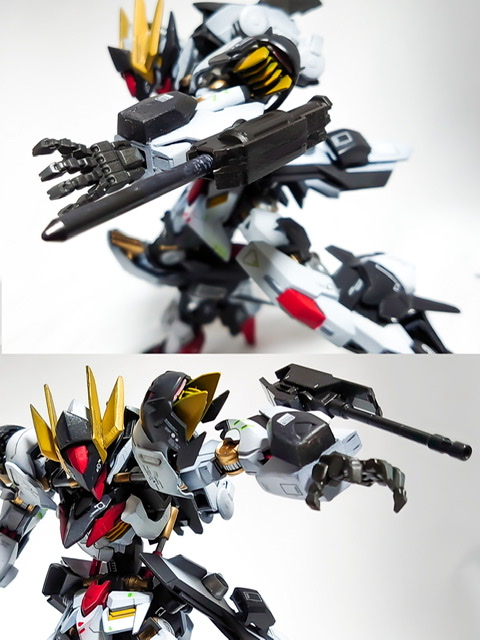 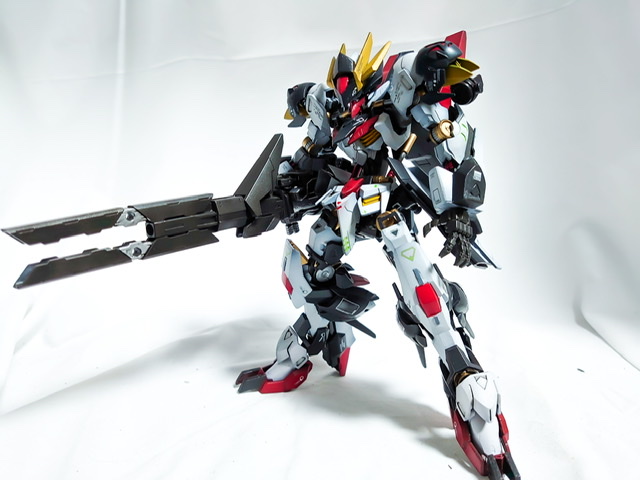 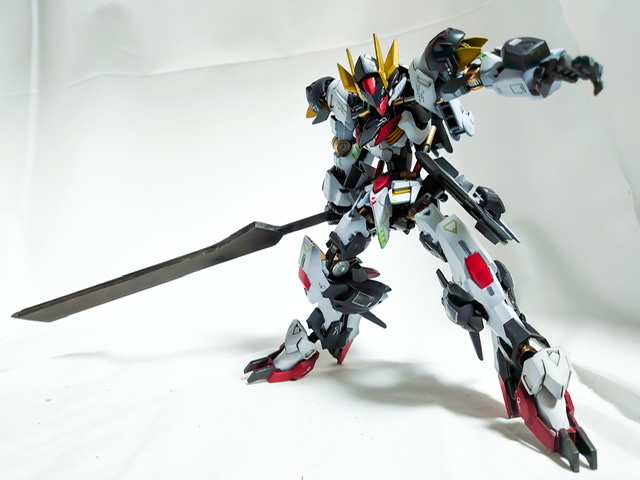 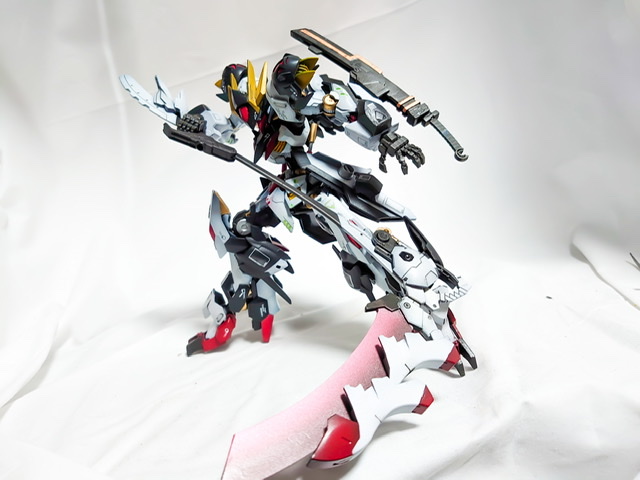 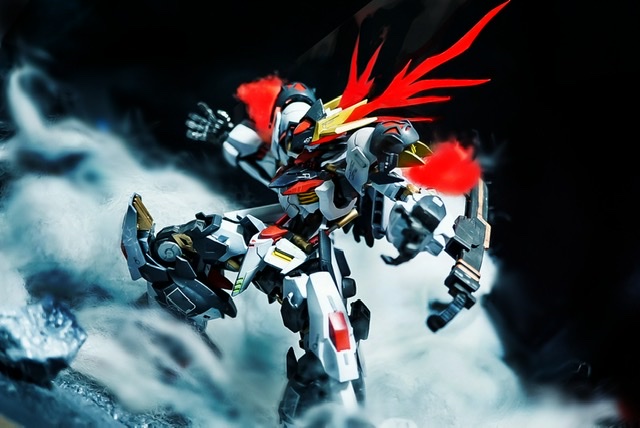 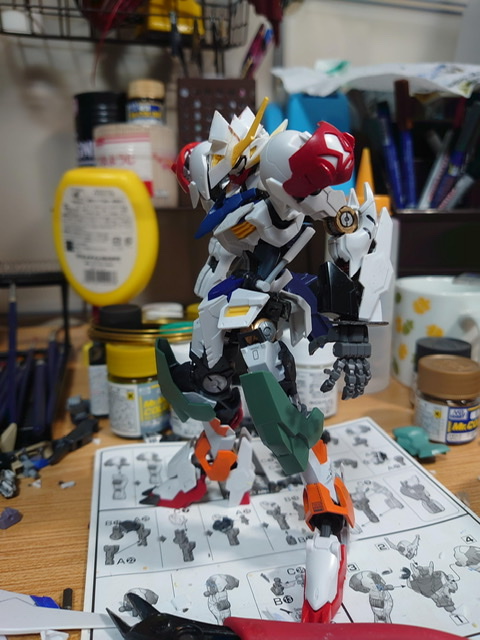 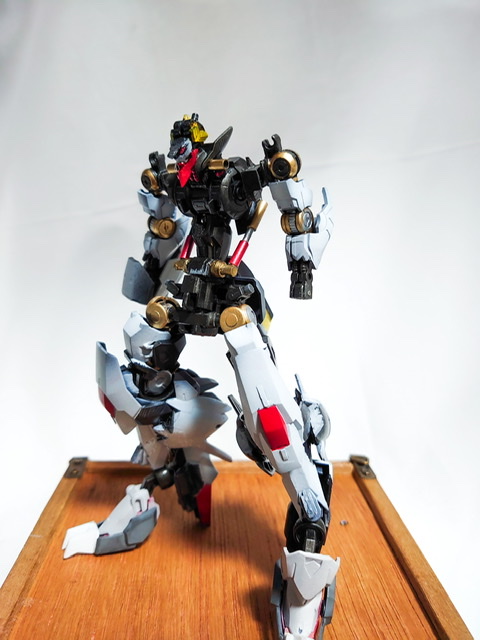 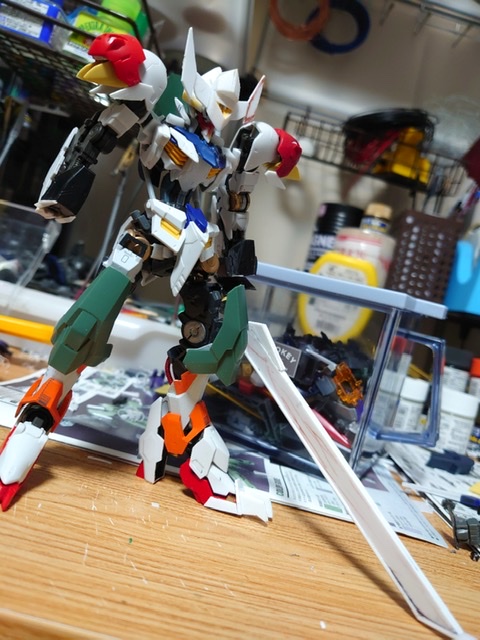 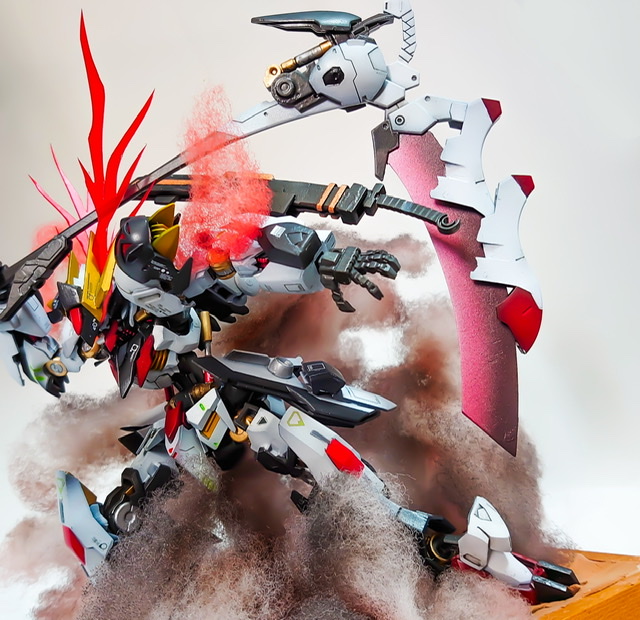