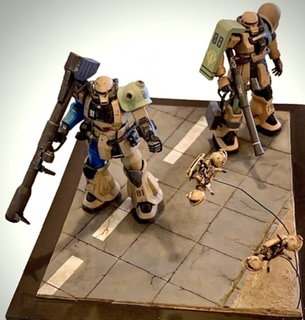 I made a wappa that is included in the HG ground battle set, so I combined it with the ones I made so far and decorated it in a diorama style.
It is an image of Wappa who arrives near the front line and departs for Take Point, and Gouf and F2 Zaku who see off it.
There are no small items, and the feeling of just placing it is amazing, so it is awkward to call it a diorama.
I want to train and be able to make a work that can be called a diorama someday.
I didn’t have a place to take pictures with a white background at home, and it was a hassle to take a set and go outdoors, so I cut out the pictures taken in a normally cluttered room with image software.
Like the cover of Rick Dom last time, it’s helpful because you can easily edit images on your smartphone now.

The Wappa is complete enough with the kit as it is, but I added some effort at the level of self-satisfaction.
I’m tired more than I expected, so I’m only doing one machine
・ Lighten the wire part of the front and rear fan covers
・ Remove the meat from the roof
・ Slimming the barrel of the machine gun
・ Emphasizes the constriction of the cylinder part of the foot
・ Parting line processing

I thought I would remake the roof and fan cover wires with aluminum wire, but I gave up because I wasn’t motivated.
The crew figure is also a difficult model to see up close, so next time I wanted to add some stuff to that area as well.

After painting the whole with a tan color spray, I partially painted with an enamel brush.
Since the figure was a separate part, I painted it with enamel by itself.
While I was painting this, I really wanted a magnifying glass and a face brush with a uniform coat.
This was the limit for cheap brushes with the naked eye and dryness.
After pasting the decal attached to the kit and putting the figure on it, I cleared it and washed it with brown to finish.
Because it’s small, I told myself that it doesn’t make sense to use a dry brush or dust stains
After completion, I made holes in the back and base and fixed it with black aluminum wire.

Gouf is the previously produced HGUC Revive Gouf.
It is an early type A, and it is a veteran machine that has been carefully maintained and continues to operate even under severe supply conditions.
The manipulator is a builder’s parts MS hand, and the thumb is processed to make it a “good luck”.
I thought that the story would deepen if the Wappa pilot’s arm also thumbs up toward Gouf, but I was not motivated so I complemented it in my brain when I saw it

F2 Zaku is also an HGUC that I made before.
The replaced armor is also a normal color Tsugihagi without painting.
Like Gouf, he has a bazooka, and a small number of teams are on a sabotage mission to add a hit-and-run to the enemy front base.
The base is just a cut-out with a ready-made unpainted semi-finished product.

After dare to apply multiple colors of spray unevenly, I masked and painted white lines, and finally weathered using multiple colors of Creos weathering color.
The soil part is just painted with enamel, so there is no depth and it has a delicate texture.
I will eventually sprinkle stones and plant grass.
This was my first experience, but painting the ground is a lot of fun. Even if I did it properly, the more I did it, the deeper it became, or it became more “like” and it was worth painting.
Thank you for watching until the end. 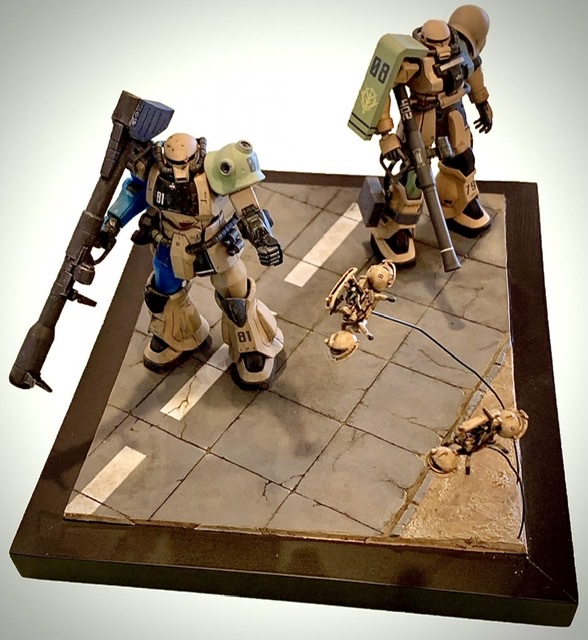 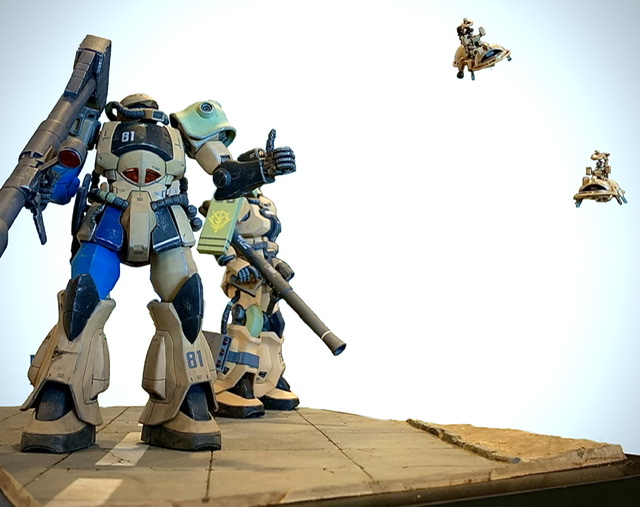 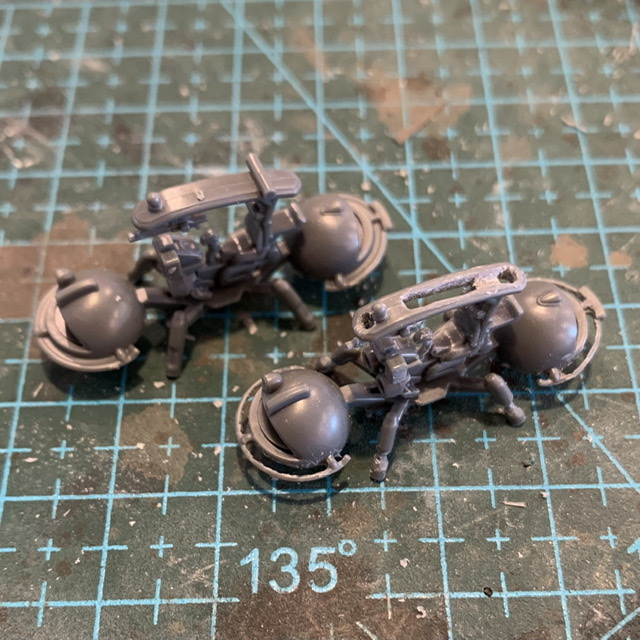 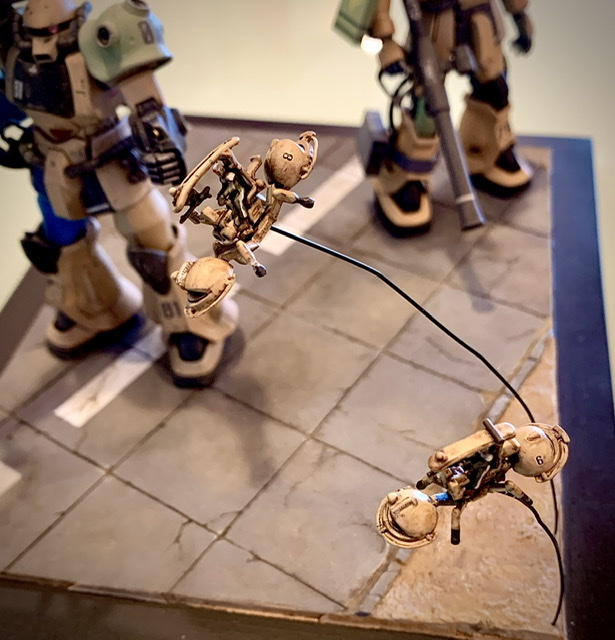 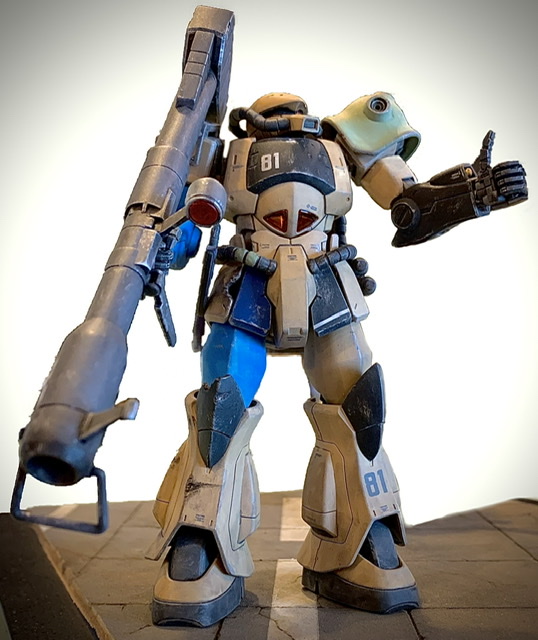 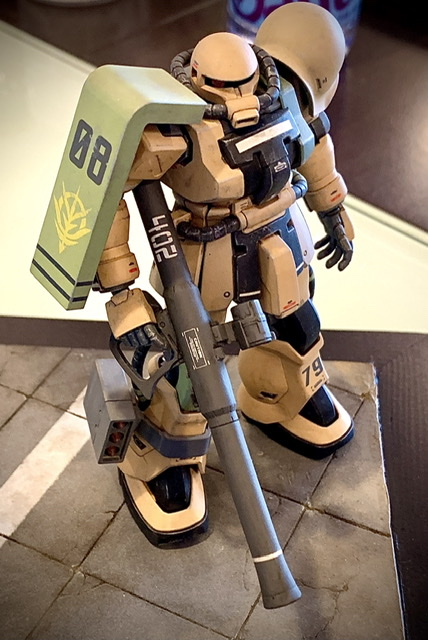 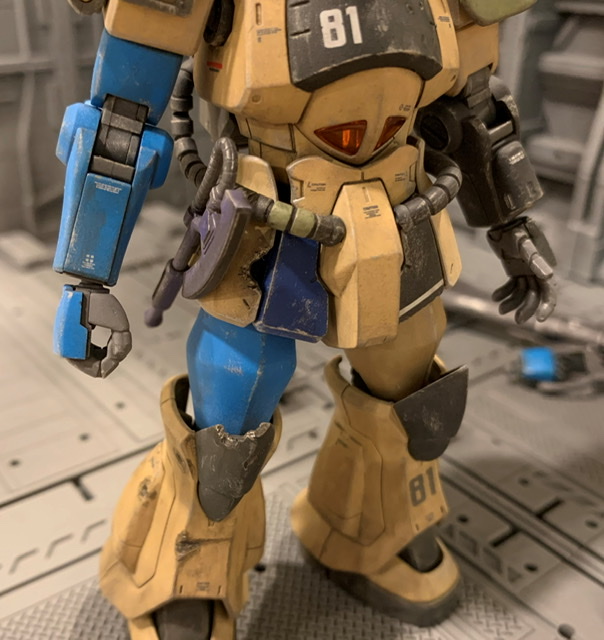 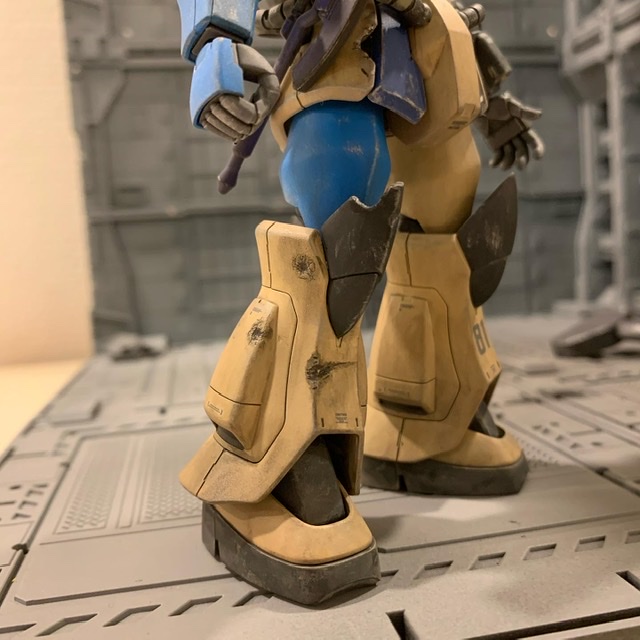 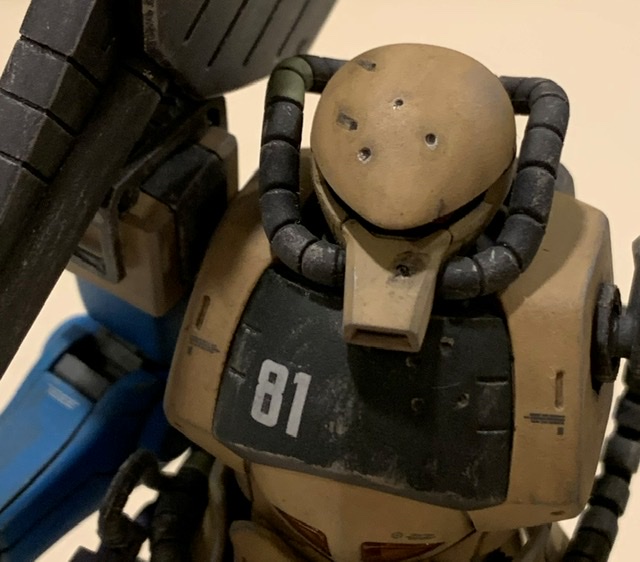 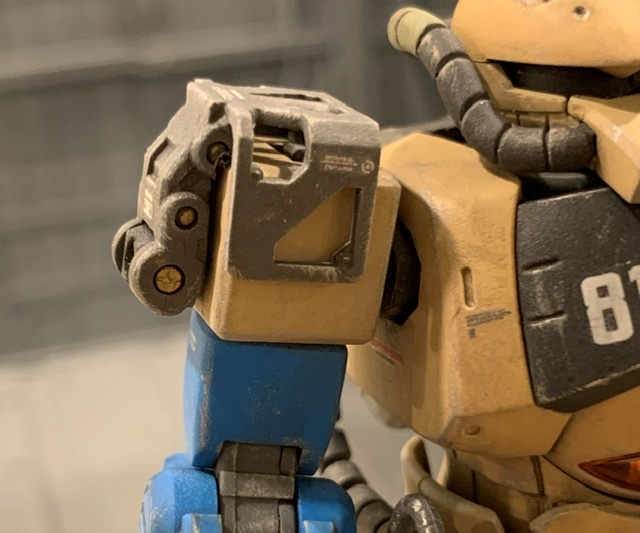 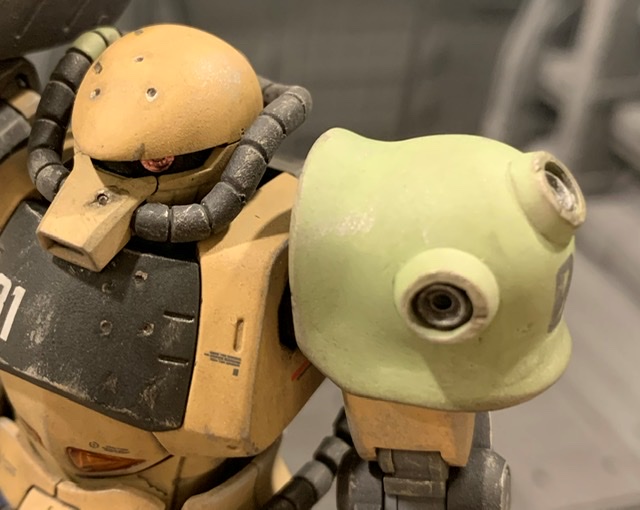 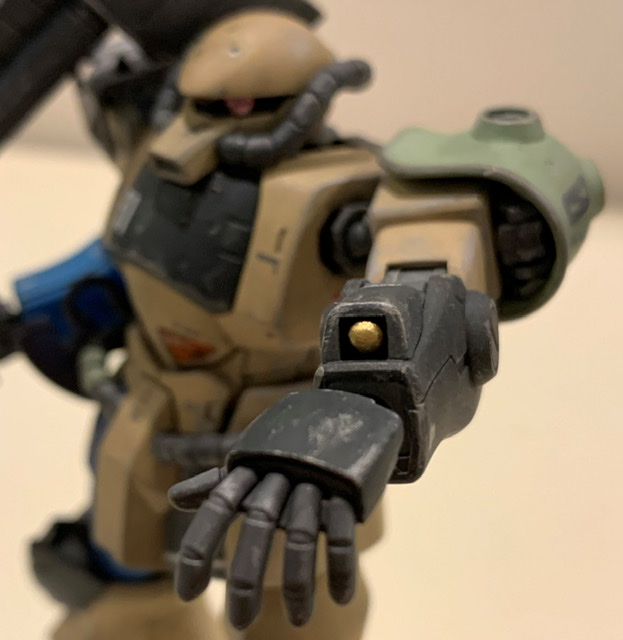 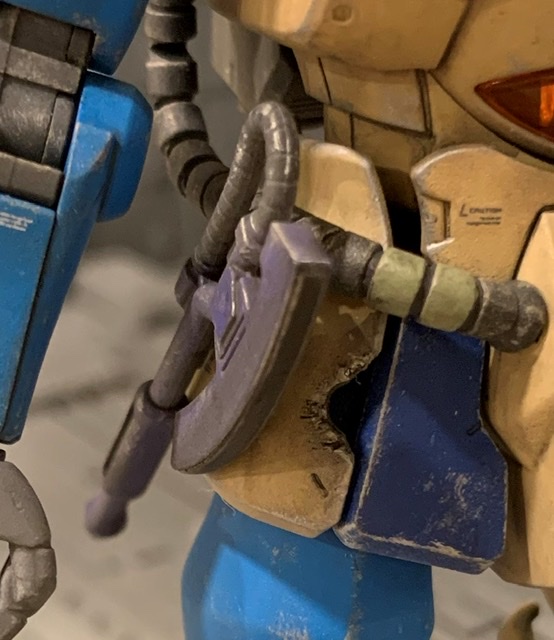 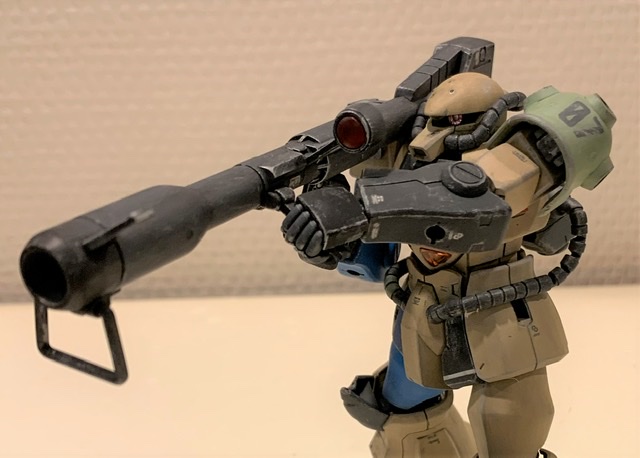 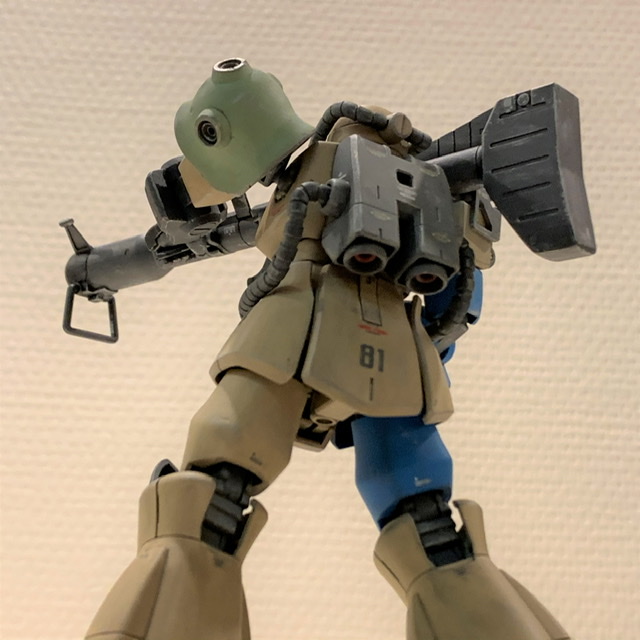 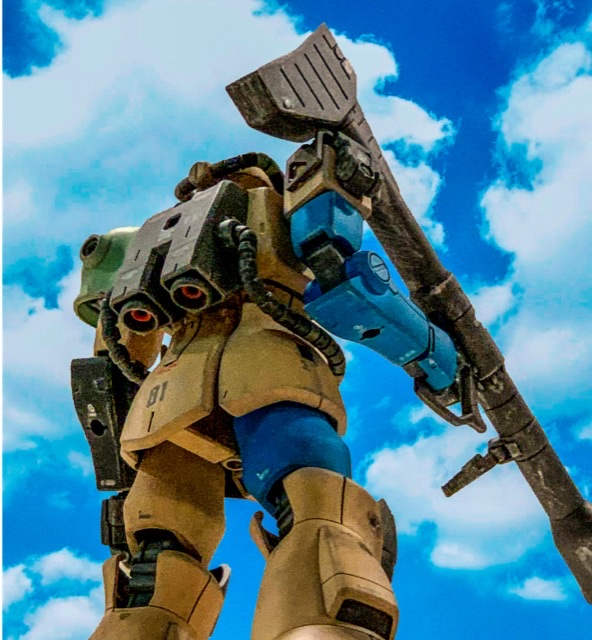 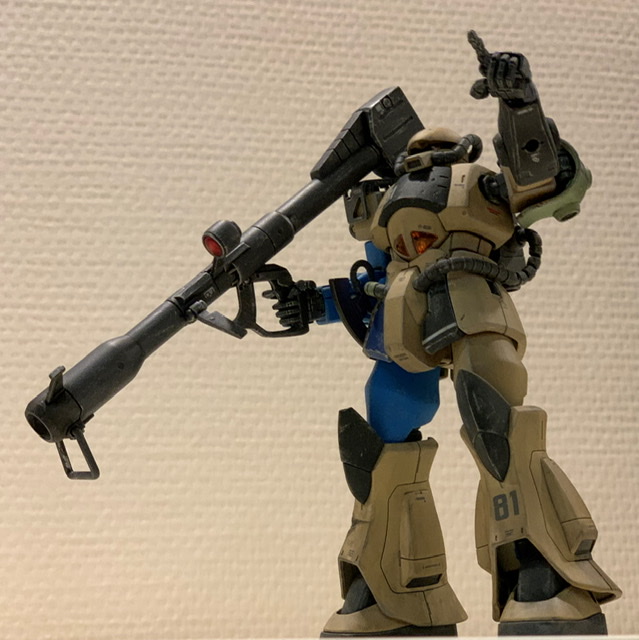 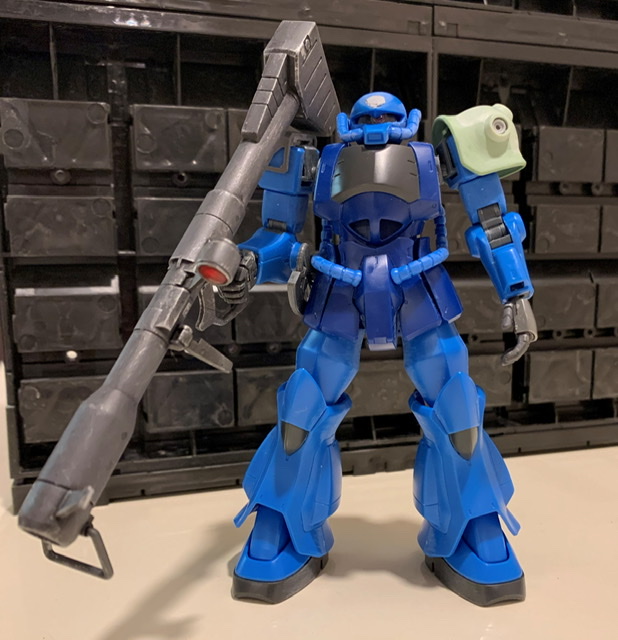 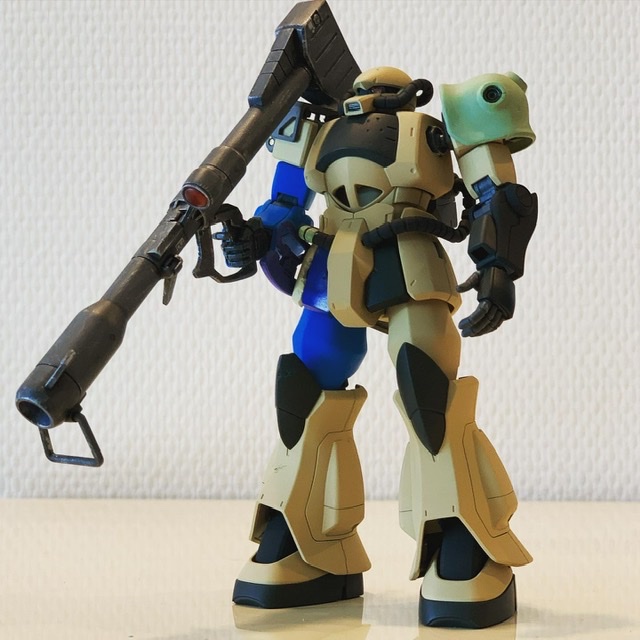