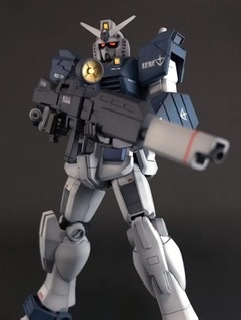 The development was ordered at the end of the One Year War, and the phantom MS “RX-78 SP Gundam”, which was designed while incorporating Zeon’s technology after the war but was not actually built, was “RX-78-X Gundam”. As “Gundam Early Type (Early Gunner Gundam)”, I imagined the appearance of the early stage of development with reference to other MS during the war.

While equipped with a long-range beam weapon and a high-precision aiming system, by maintaining the high mobility of the prototype aircraft, it is possible to create an “extremely versatile MS” that goes beyond medium-range support and sniper missions. Although it was developed by diverting the design of “FA-78-2 Heavy Gundam” using the data of the FSWS plan and the technology of Zeon requisitioned after the war as the concept, RX-78-6 Gundam Unit 6 A MS whose development has been discontinued because it can be replaced by the “Mudrock)” plan. * There are various theories

The base kit is “EG Gundam (Lite Package Ver.)”. The details are improved and the shape is changed mainly using plastic plates and some putties. The additional parts of the main body are made with full scratch, and the hand parts are replaced with those of the HG kit.

The design of “MSV-R” is used as an image line, and additional details are given with reference to the MS group of the FSWS plan and “RG Gundam”. The overall color follows the “Gunner Gundam” while changing the color scheme.

The “school” bag part was changed to a flat shape like “Okawara Gundam” using putty, and the vernier part was cut off and replaced with another part.

With the high generator output of the “RX-78” series, it is possible to drive two beam saber units at the same time, giving the “extremely versatile MS” a high level of hand-to-hand combat capability.

The main weapon “Dedicated Beam Rifle” equipment created by analyzing the beam rifle of the Zeon army after the war, but this machine, which is a ¨ early type ¨ during the war, is a so-called cannon type of the federal army. Equipped with a “prototype beam cannon rifle” that uses the shoulder armament of. Weapons were created with semi-scratch.

The “Prototype Beam Cannon Rifle” is a defect at that time of the “Beam Cannon” that was equipped on the shoulder of the “RX-77-4 Guncannon II” that had experience in actual battles (no engagement) in the “Jaburo Battle”. The main weapon is a modified version of a hand-held weapon after correcting the reaction path output down), and a prototype “E-pack” is mounted on the rear.

The sub-thruster found in the second lot of Gundam and “RX-78” is placed on the shoulder, and the armor part is an exterior that is a throwback to the original “Heavy Gundam” compared to “Gunner Gundam”.

The sensor turret that is also installed in Gundam and “Full Armor Gundam”, the aiming device unit that adopts a highly integrated long-range optical observation system, the target can be automatically locked separately from the main camera, and it is armed. By comprehensively utilizing it, the accuracy of hitting will be improved.

A head cartless vulcan for missile interception, with two on the head. Since the early model of this machine is not intended for electronic warfare, the specifications of the head are the same as the normal “RX-78”.

By comprehensively utilizing the sensor turret mentioned above and the “prototype beam cannon rifle”, it has achieved a hit rate improvement of about 60% against a fixed target of about 80% of the effective range, enabling precision shooting comparable to that of a battleship.
* Values ​​are given with reference to the master archive.

The “prototype beam cannon rifle” has a long range, high power, and semi-automatic transmission, and has an excellent rate of fire, so this highly versatile machine is expected to operate like a so-called “marksman rifle.”

Impressions / Summary
2021 began by remodeling the next-generation first gunpla “EG Gundam”, which is easy, low-priced, and authentic. The name is “Gundam Early Type”, but when translated into English, it becomes “EARLY GUNNER GUNDAM”, and for short, it becomes “EG Gundam”, so that’s what it is.

Thank you for watching until the end!

Work by クリストファーホルモン焼き幕僚長
Twitter account here below, almost impossible to write it lol so I’ve decided to take a screen (gunjap) 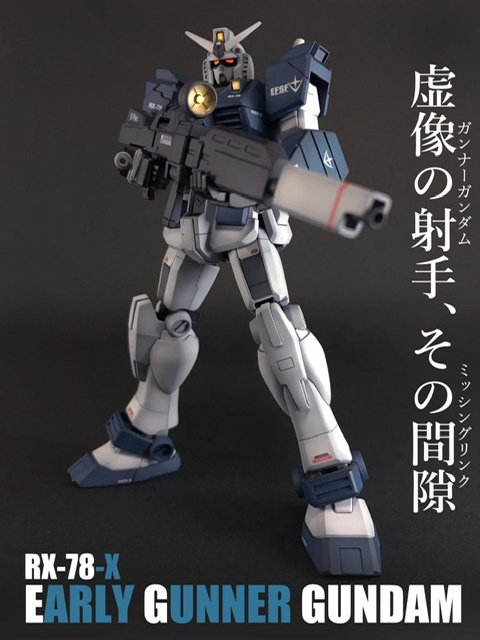 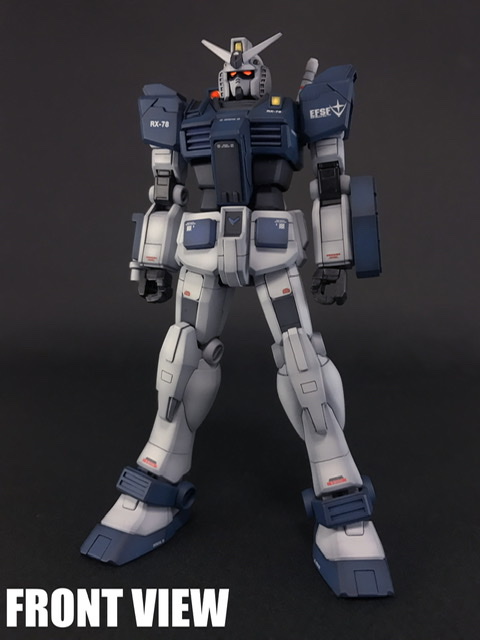 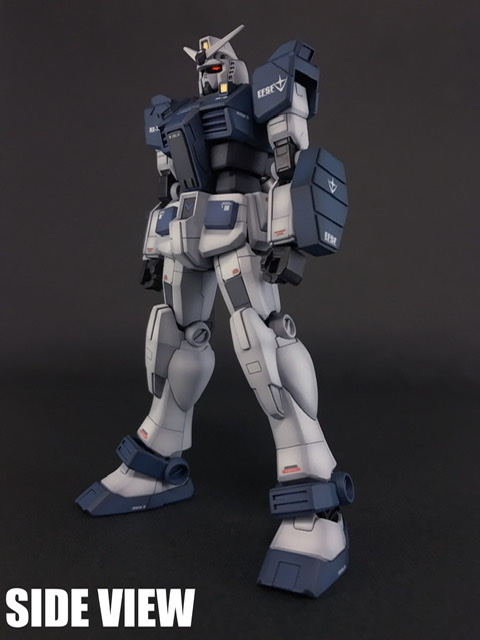 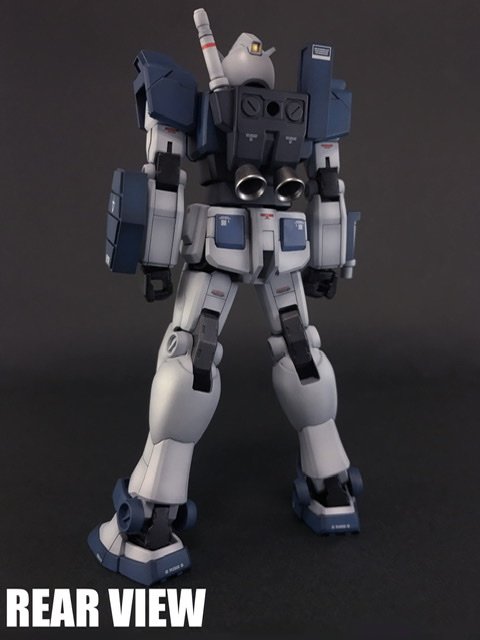 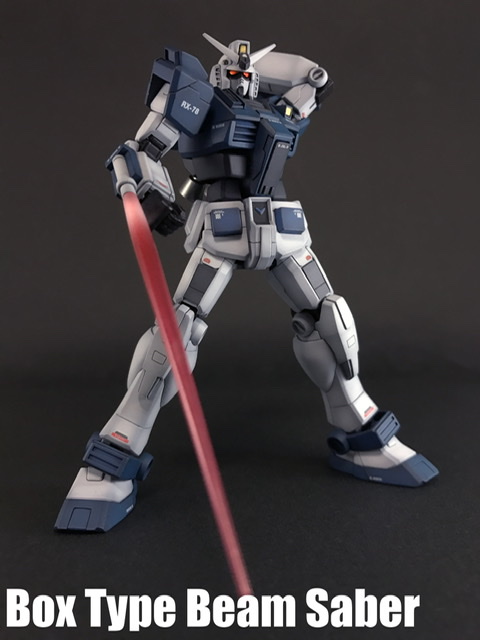 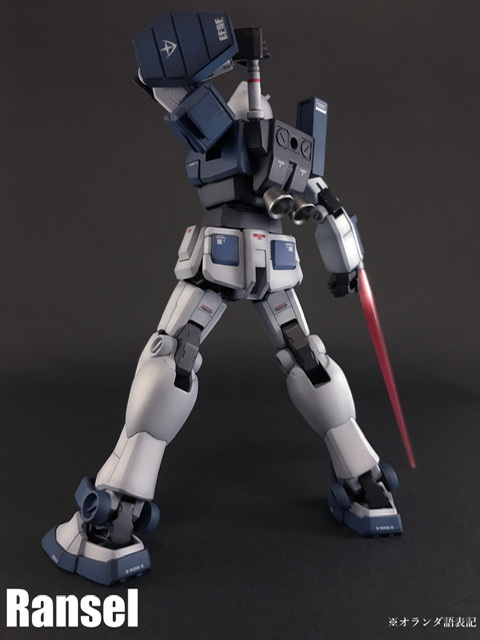 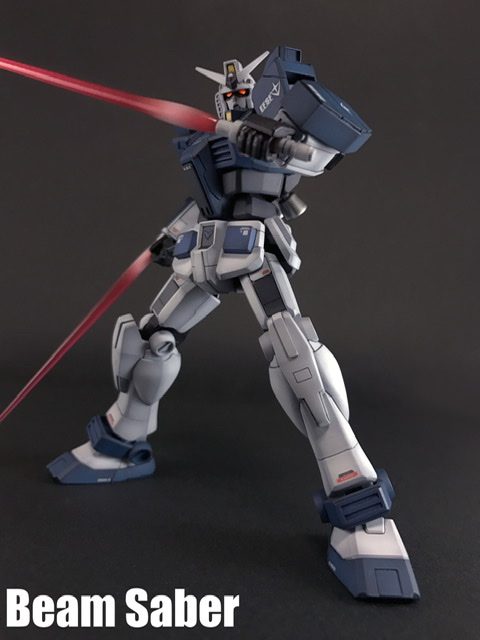 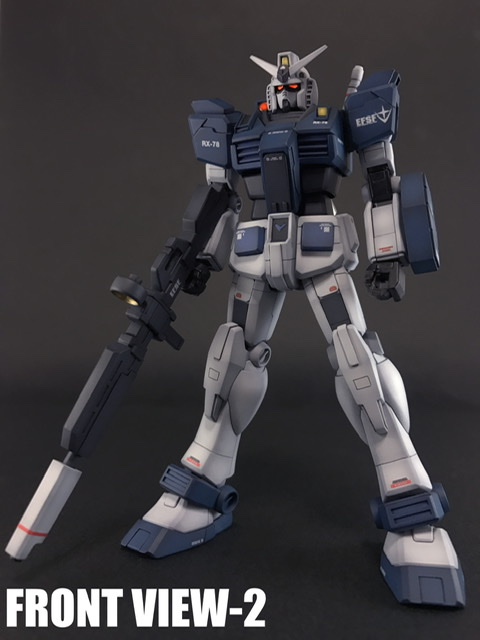 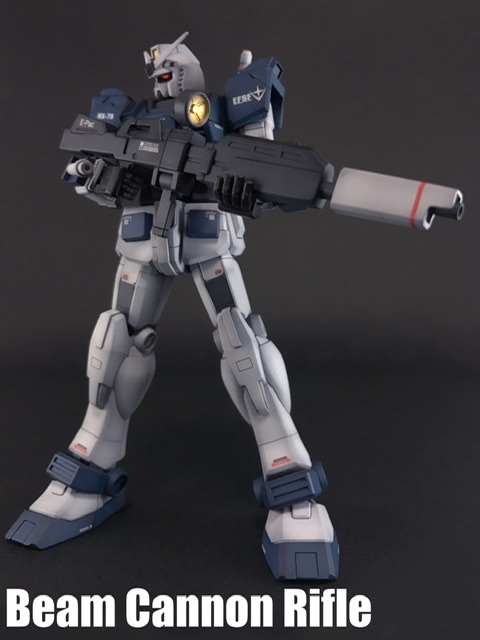 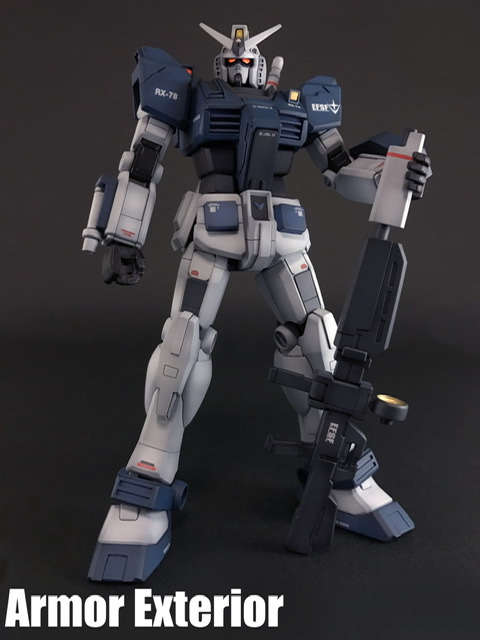 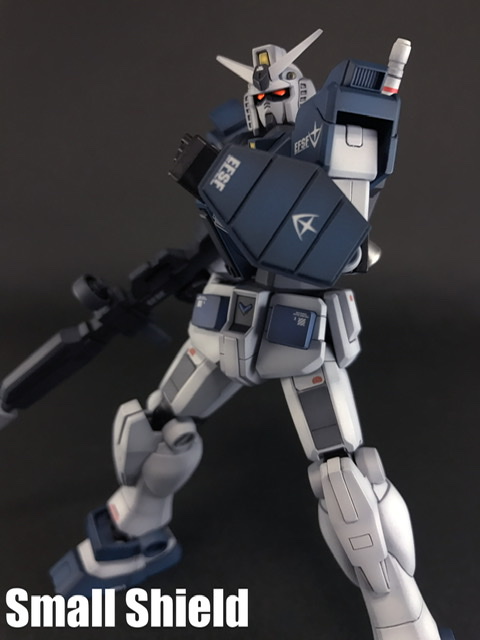 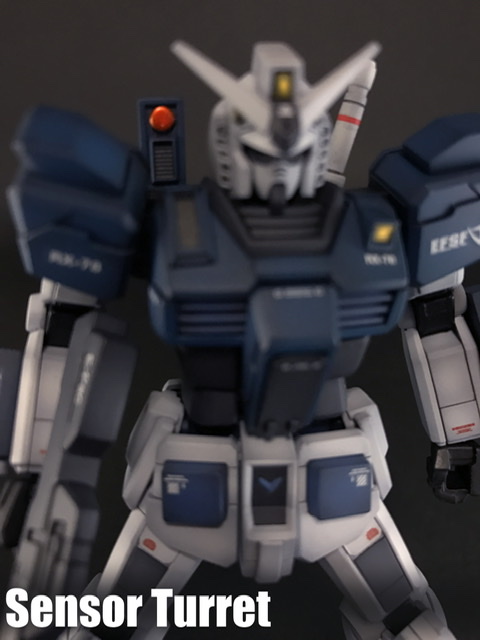 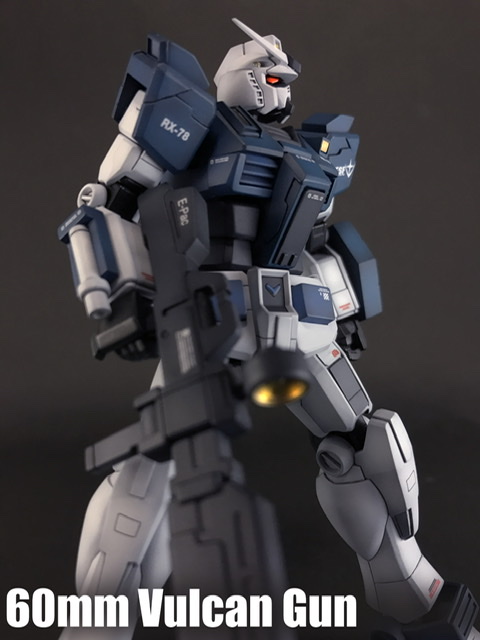 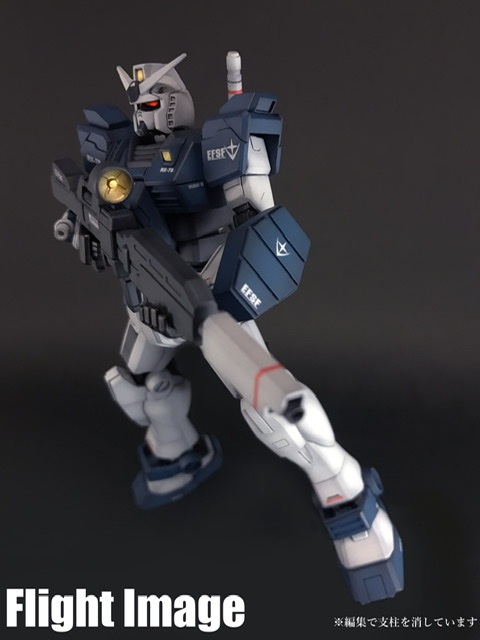 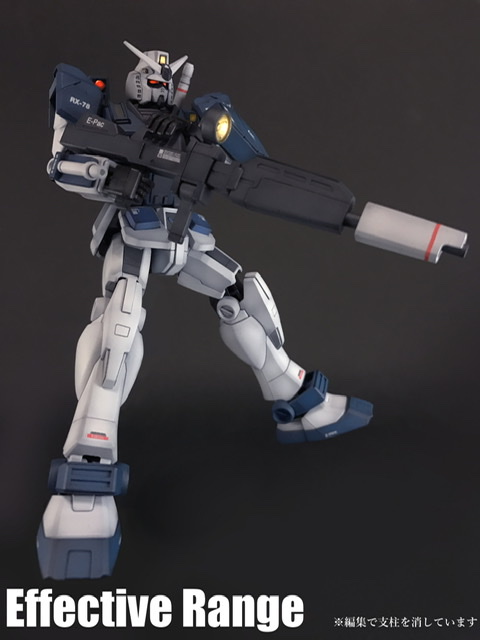 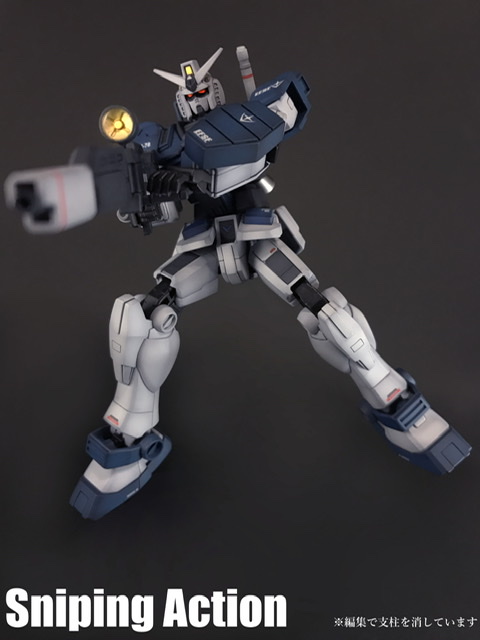 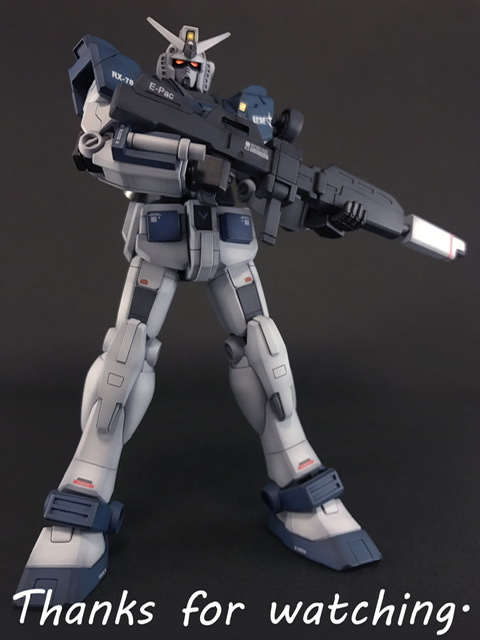