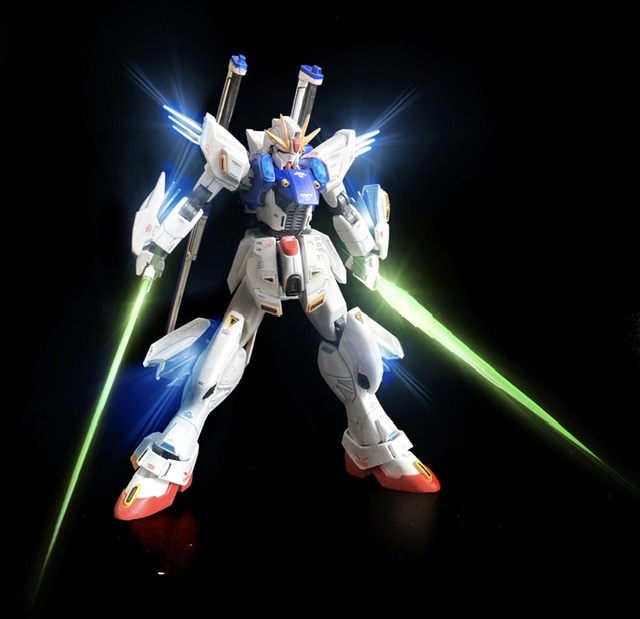 Gundam F91 slash
F91 which was extremely close quarters battle. A MS that enables performance that exceeds the limits of conventional maximum operation.
By omitting the heat exhaust mechanism of the face mask and newly equipping the arms and shins with a heat exhaust mechanism, we succeeded in further improving the performance.
Regardless of the beam weapon, it is possible to easily avoid enemy attacks, so only armed weapons specialized for close quarters combat.

Equipped with two mega beam swords on the back of the waist.

Maximum operation mode.
Abolished V.S.B.R. and suspended two swords. Since the energy supplied to V.S.B.R. can be supplied to this sword, a considerable attack power is realized.
Beam shield is inherited for the time being.

It was almost at the stage when the completed form was visible, but it was a long time from here.
I moved it to the head of F91 based on the head of Double X.

Work by GN TakumA 擬似太陽炉搭載型
aka: TakumA92172561 on Twitter 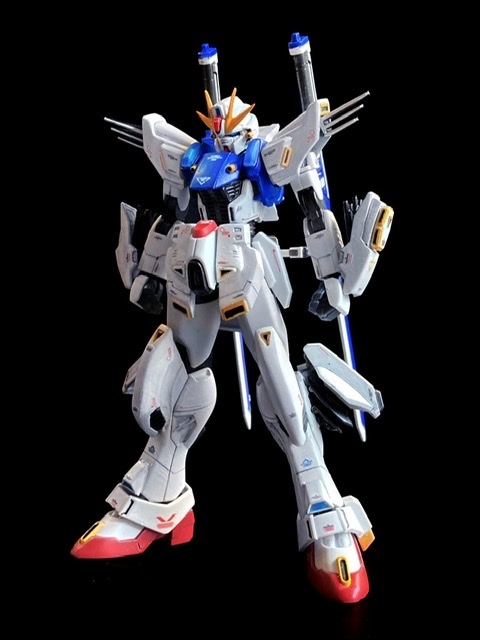 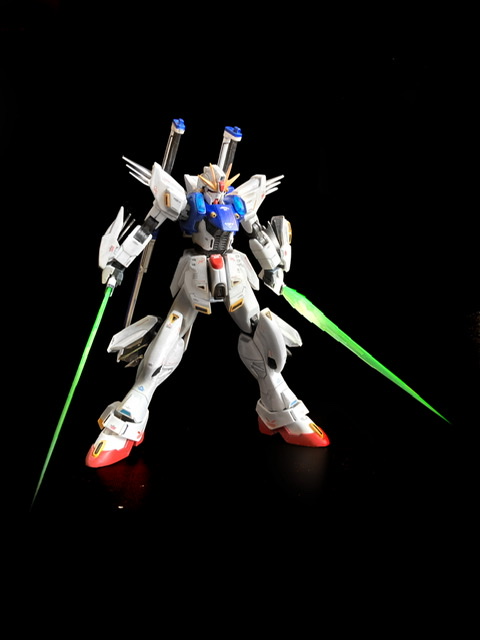 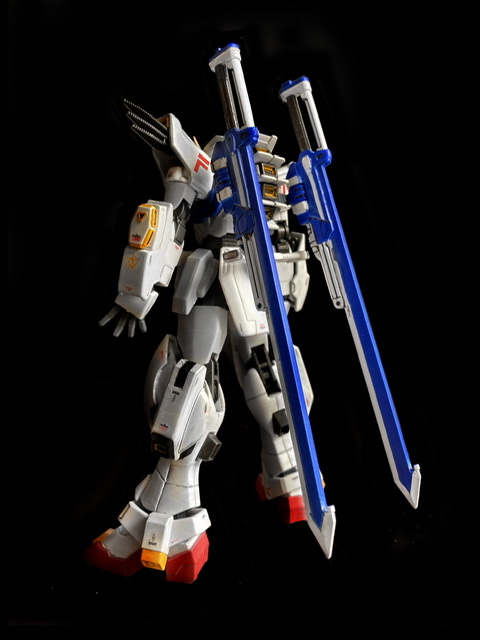 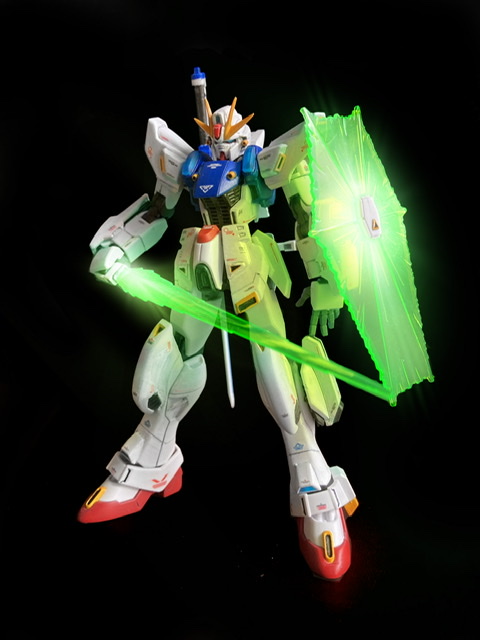 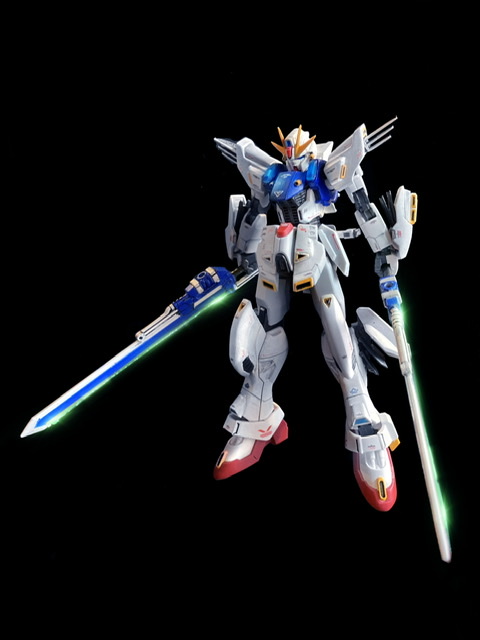 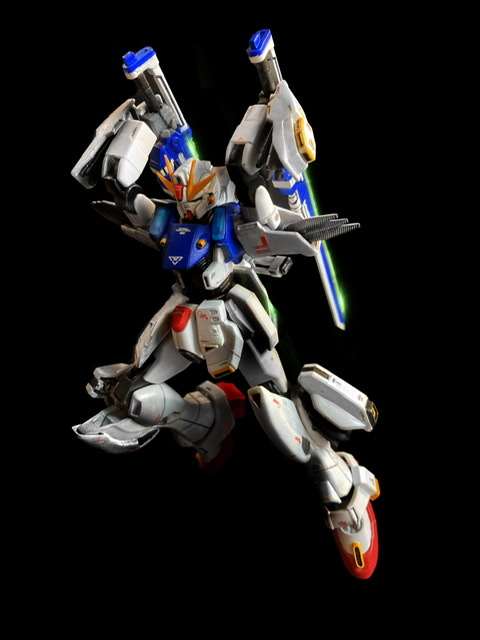 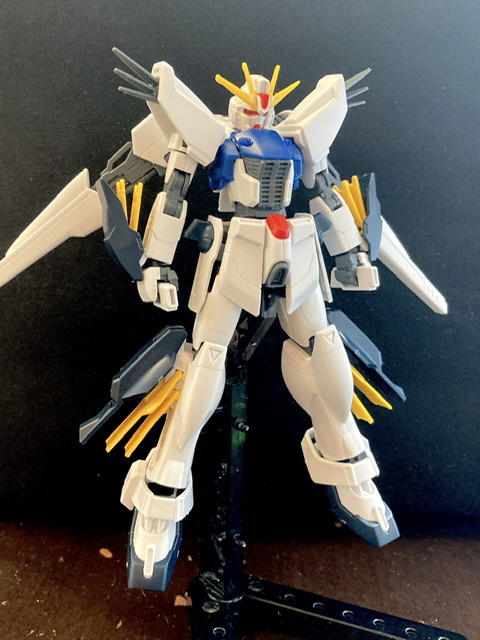 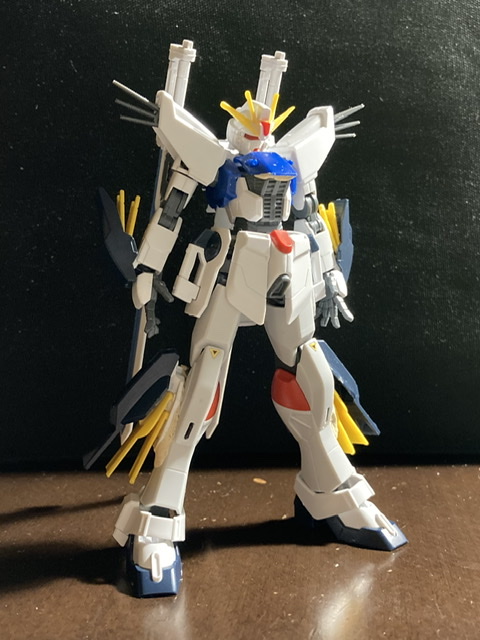 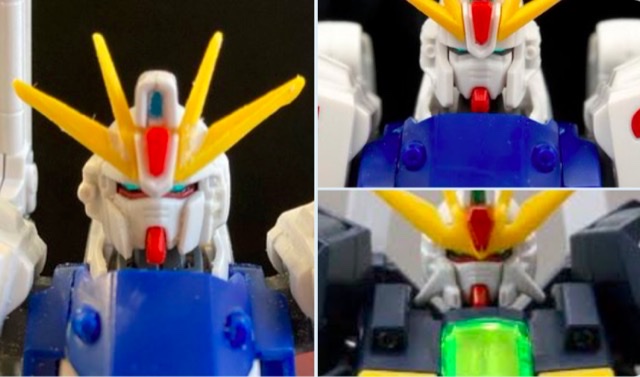 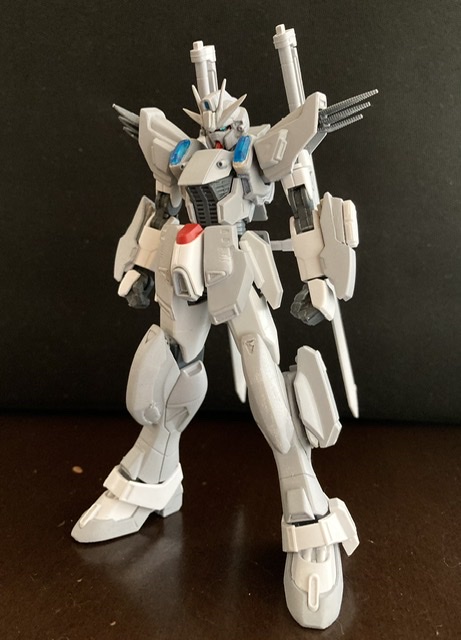