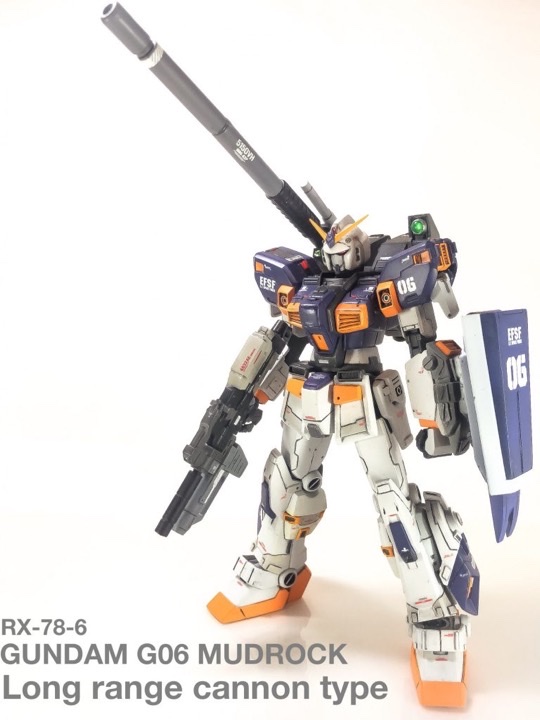 HGUC Gundam Unit 6 Mudrock equipped with a long range cannon
I thought that it was possible to equip a 120 mm low recoil cannon of the Guntank other than the 300 mm cannon, so I set it up

When equipped with a long range cannon.
It is a cannon that is an improved version of the 120mm low recoil cannon of the Guntank, and is equipped to respond immediately to the battle situation simply by replacing the barrel of the cannon and replacing it with a special shell.

E-pack type prototype beam rifle. For better maneuverability, it has been changed to a short barrel and the sub-weapon is equipped with a grenade launcher.
Because it is a prototype, the E-pack has an extremely limited number of bullets, and it often malfunctions.
I don’t think the pilots handed over like this have accumulated

Back shot.
For long-range artillery, the left side of the backpack is equipped with a multi-sensor that is highly accurate even when placed under Minovsky particle spraying.
This is an improved type of sensor installed in Full Armor Gundam.

At the time of action.
The shield is a locally-built shield that combines a large shield with the shield equipped by the ground battle type Gundam, etc., and is the same as the one equipped by GM Sniper II of the White Dingo Corps.

Action ②
The wiki has been refurbished with a focus on strengthening fixed armament to use up the energy of the beam rifle and make up for the lack of firepower until it is recharged. [77] The school bag has been replaced with a large one equipped with a cannon gun, and the legs are equipped with variable thrusters], but if it was originally completed, Gundam for hand-to-hand combat, Guncannon for medium-range artillery, long I think it was born as a Gundam that has the advantages of a ranged gun tank.
Although it is an ora setting, the delusion progresses that Gundam Unit 6 was completed properly and such equipment would have been possible if it was deployed in the actual battle

When equipped with a 300 mm low recoil cannon.
For some reason, there is no dedicated shield only for this Gundam
So you can freely have other shields

This is a back shot.

The left is the unassembled and the right is the plastic plate after extension.
Since it is the last boss machine of the game’s ZEONIC front, I wanted to make it look bad

Added streak carving on the thigh

I made my own fins with a plastic plate on the variable thruster that is a feature of MUDROCK.

The shoulders are carved with streaks, and the details of the grenade rack on the arms are added with commercially available parts and plastic boards. 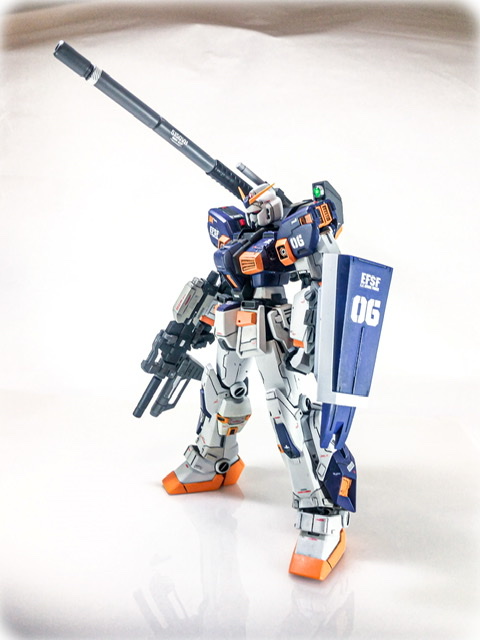 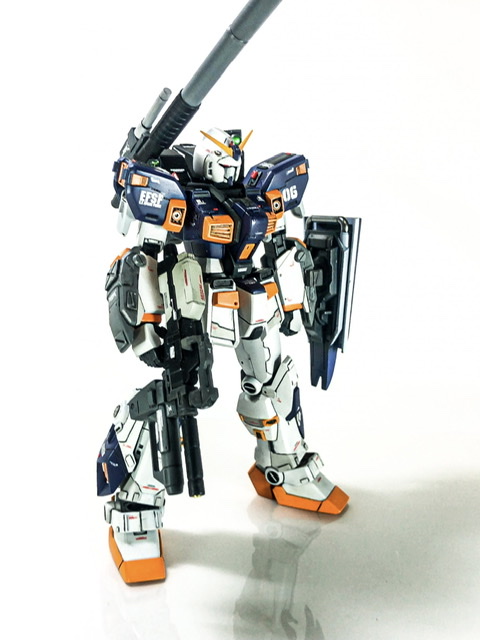 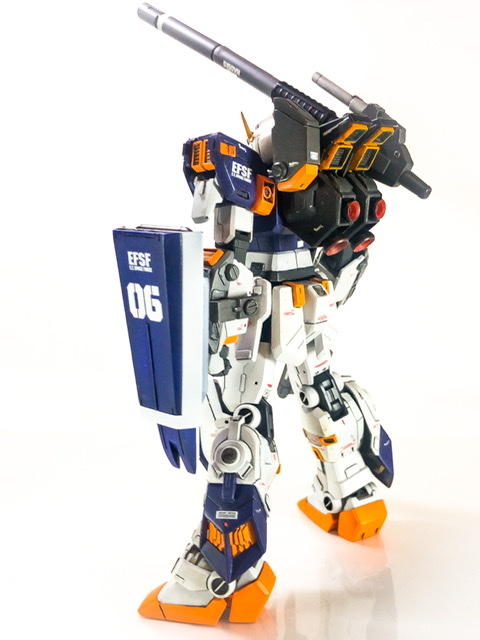 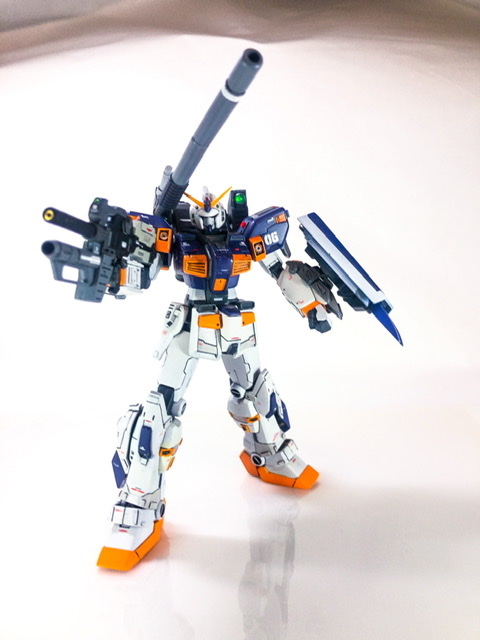 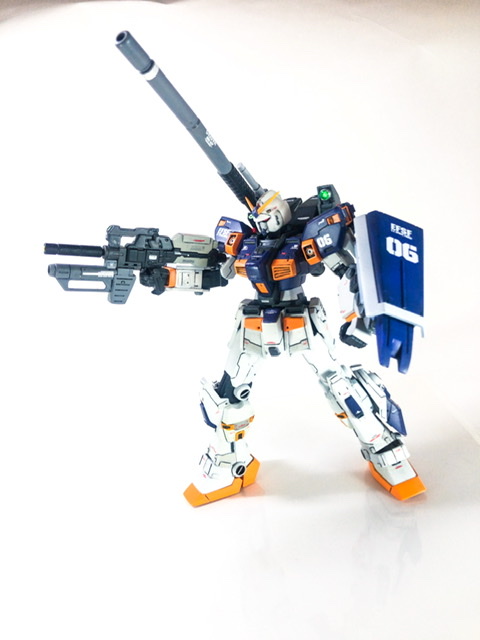 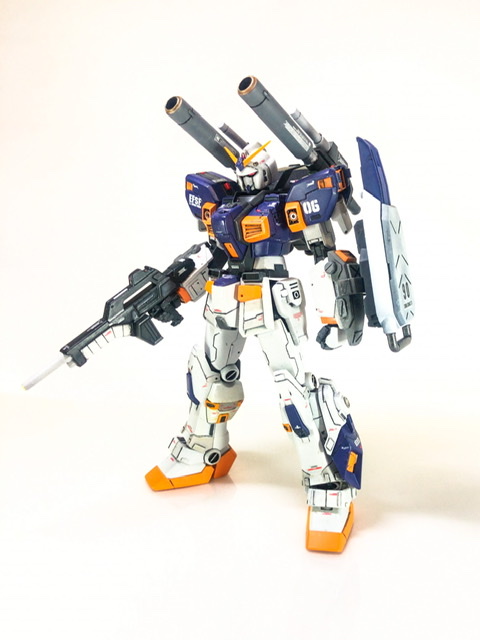 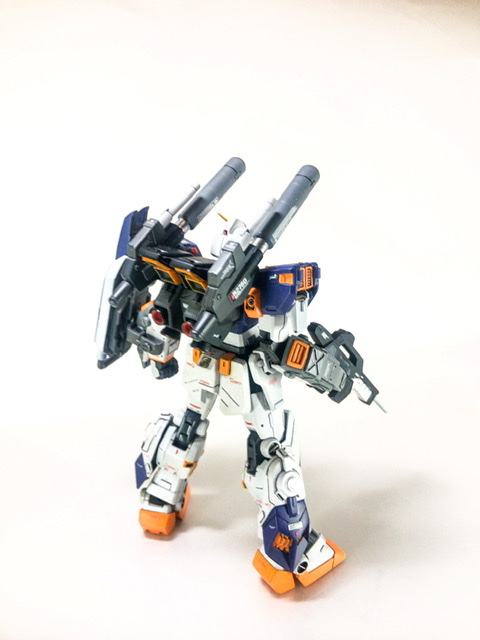 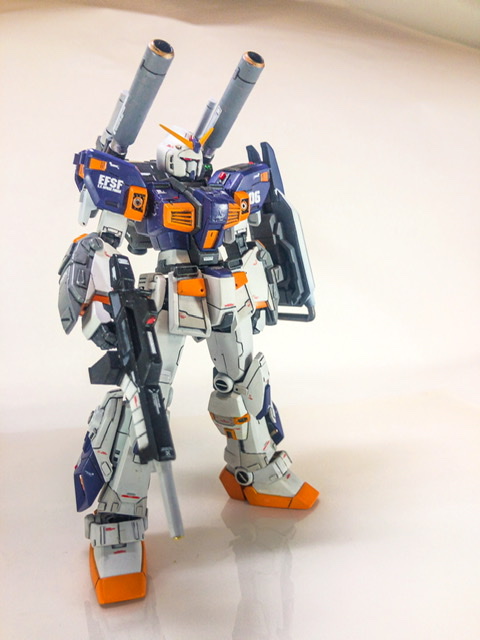 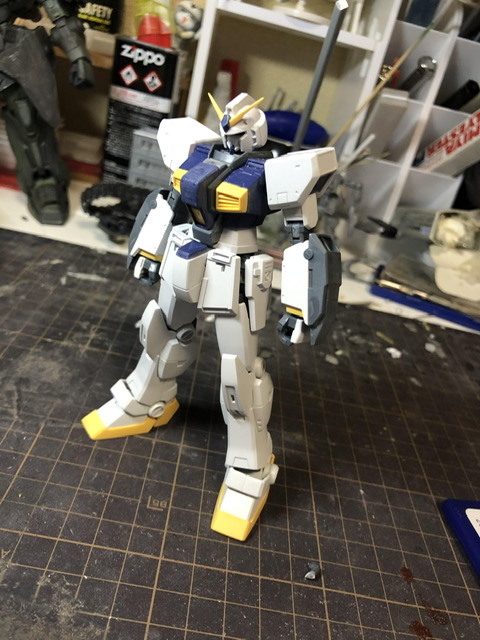 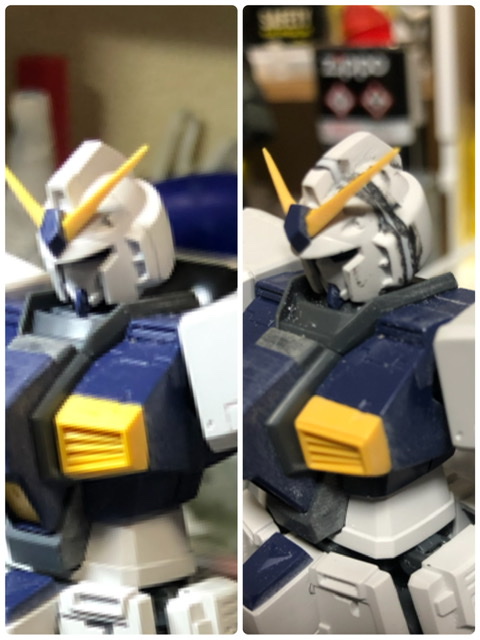 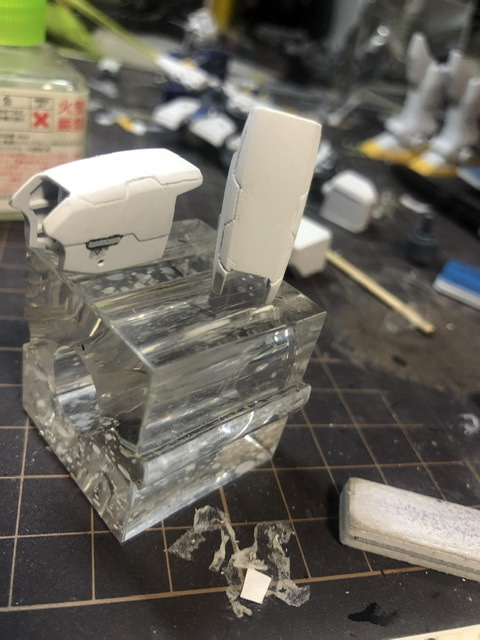 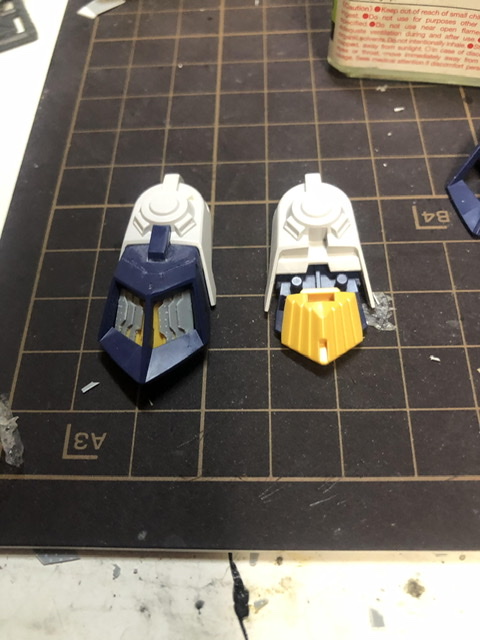 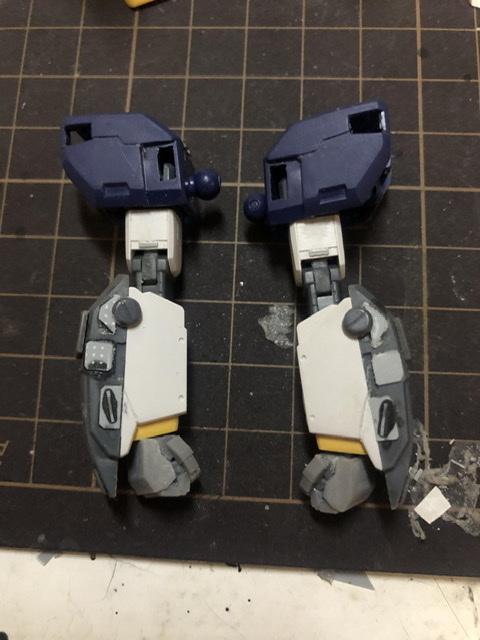 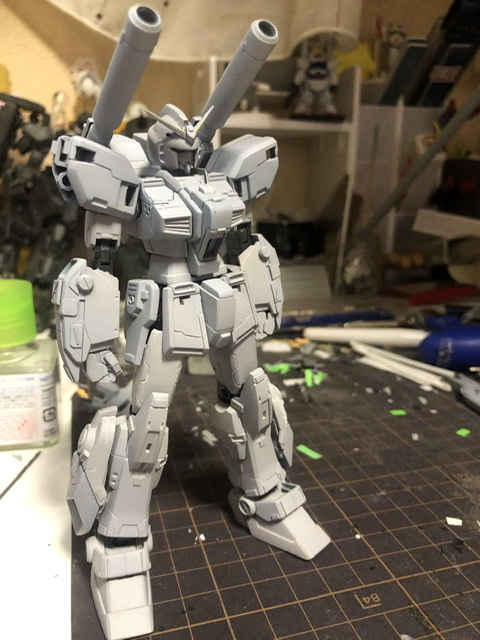 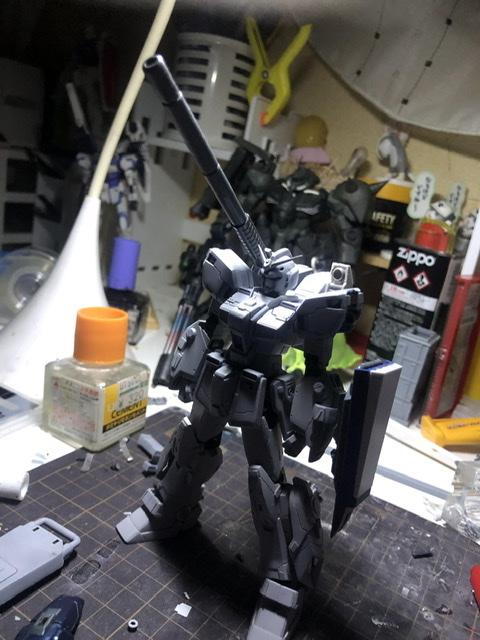 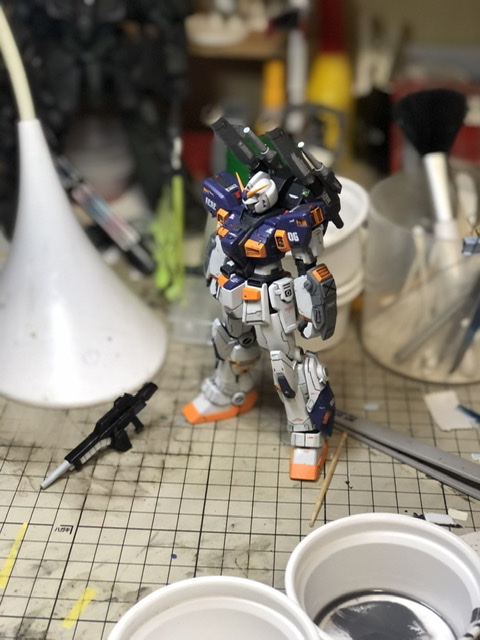