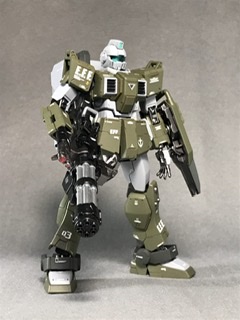 It is a field repair machine of the ground battle type GM deployed to the ground unit of the Earth Federation Forces, and it is called “Gunner” in the unit because it operates the large Gatling gun included in the supplies from Jaburo as the main weapon. It has been replaced with a normal backpack and a weapon container rack to enhance its suitability for various operational activities. In addition, although there is no change in appearance, the performance of each part sensor including the main sensor has been improved, and the setting optimized for the tactics of operating the Gatling gun is given.
The painting was done with an airbrush, referring to the GM Sniper Custom coloring.

Whole body
I had the impression that the Gatling was too big as it was, so I narrowed it down at the stock connection. Gatling was painted with 3 colors of metallic paint

front
The part that seems to be a sensor is covered with a clear parts lens after putting a metallic sticker that I often do from before.

The only remodeled backpack on the GM body side. the Gatling can be disassembled and stored in the container, but it is impossible in the real ….

Waist shooting pose
Actually, the spare magazine of side armor is in the way and it is difficult to decide the pose

A brilliant shot that must be done with the 08 federal MS.
Gatling shoots bullets at high speed, so the recoil seems to be great up, down, left and right, so it may not be possible to do it instead of a bipod.

Lightly dressed with a 100 mm machine gun.
The shield is glued with additional armor from the 30mm series.

Of course, it is also equipped with a beam saber. Slashing poses while standing are very difficult … 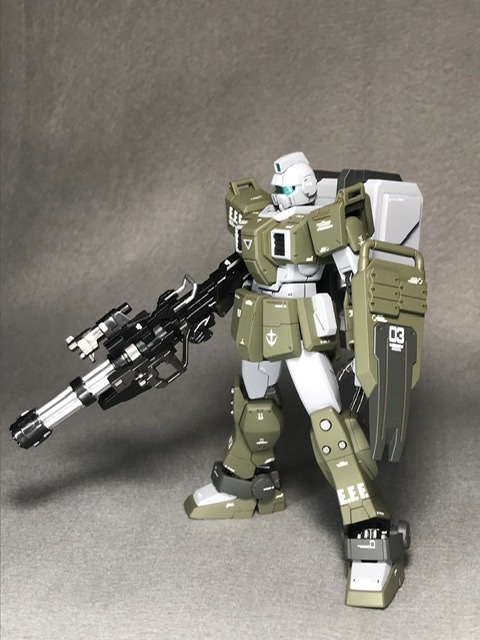 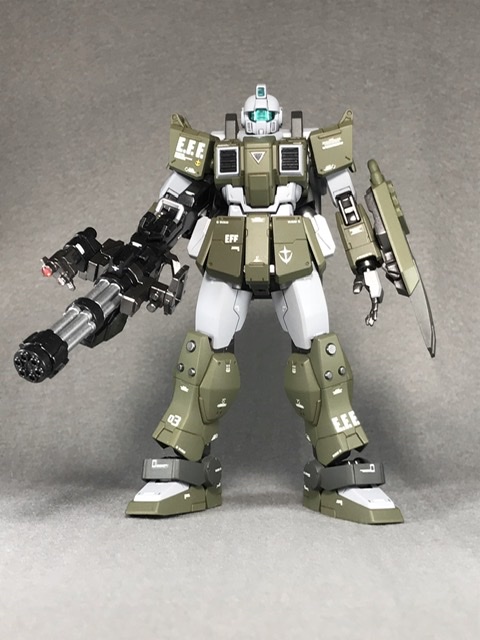 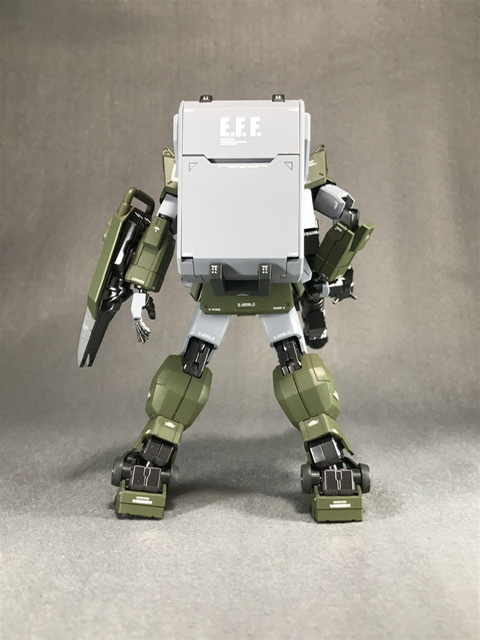 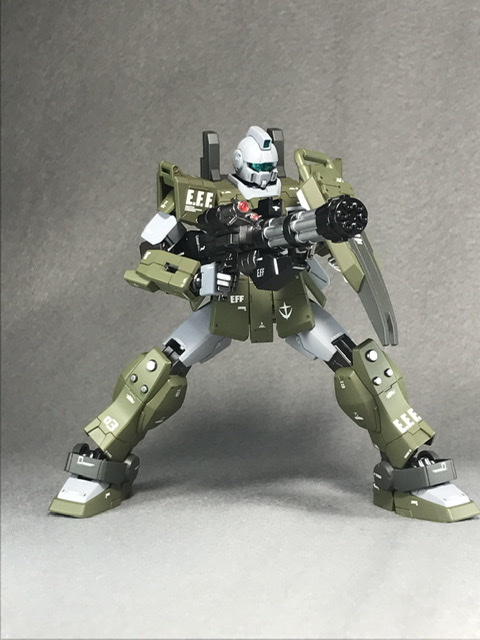 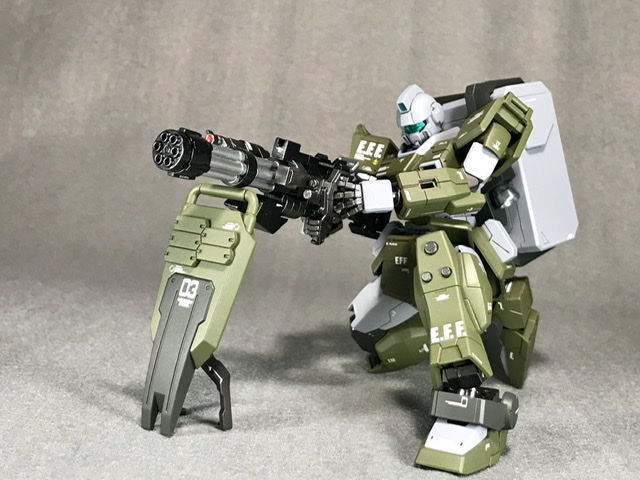 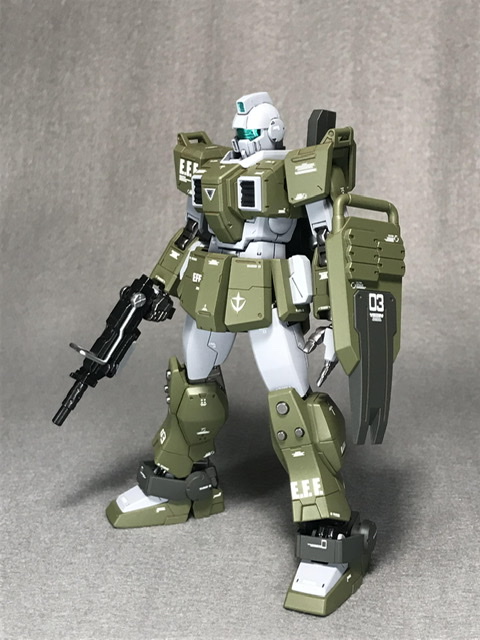 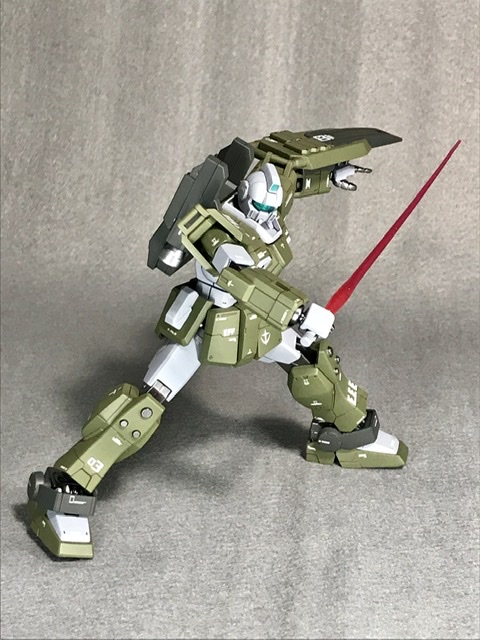