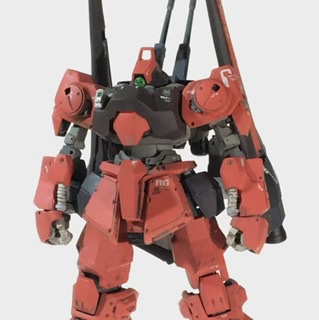 This is HGUC RICK DIAS.
Use the old model instead of the improved version of Premium Bandai. I tried to review the shape of the torso and shoulders, modify the back binder, and process the cross section of the sneak armor.
Even at 1:144, it has a strong presence and was worth making.
For the remodeling, I referred to the MG example by Mr. Toyoki Shimamura published in the September 2004 issue of “Model Graphix”. However, the proportions of the HGUC kit are far from the ideal line of MG, so I am careful about the balance of the whole body.
From a bird’s-eye view of the extended binder. A new arm is built to connect to the back. If I took the plunge and made my upper arm thinner, I think that the “Nagano Mecha” character increased at once. The armor of the sneak must have been set to “one-shot casting molding”, so no streaks were carved on the surface.

The binder shape has been widened and extended in consideration of the lines seen in the initial draft of the setting image. Equipped with a cannon at the tip. The unique air intake seemed strangely compatible, so Rebel’s 1: 144 Raphael was chopped and embedded on the back of the binder.

A floating shot that clearly shows the cross section of Suso’s armor and the treatment of the sole of the ankle. The image source is still the first episode, it is a scene that infiltrates the jet-black space into the grips. At the time of production, keep in mind the high-detail setting image looking up from the lower part of the back. Create a multi-armor atmosphere with streak carving, plastic board processing, and color coding.

I put it side by side with the Gundam Mk-II on a separately made hanger deck. I put Lieutenant Emma standing beside her head, but when you look at it like this, MS is still big.
The motivation for making this model is the two illustrations that have been burned into my head since it was aired in 1985.
One is “Grips invasion scene” by Mamoru Nagano. The other is an unofficial illustration of an unknown author published in the Mook book, which is an enhanced design drawing named “Strike Dias”. The design of the large legs and double beam pistol is from the former, and the circular thruster on the shoulder and the binder with increased range of motion are from the latter.

The cover movable gimmick of the head Balkan Phalanx is reproduced with putty and brass wire. The reference was the Dias episode serialized in “Model Graphix” magazine. I’m glad if the gimmick in the setting works properly.

The upper body has “Kampfer” in the core from the shoulder joint to the hip joint. It seemed to be the proportion I liked, so I transplanted the processed chest parts of “Dias for the ground ≒ Dije” that was originally being made, and added work with plastic boards and poly putty to make it the design of Dias.

The shoulder parts are narrowed in the horizontal direction, and the square duct is made into a circular thruster. The one that was diverted was MG “Core Booster (V Gundam)”. The double beam pistol is connected with neodymium magnets on both the left arm and back. I paid attention to the wrist work, which is a “symbol of Dias-ness”.

Using two parts of the kit, it is mobilized so that the toes can be folded while extending 1 cm back and forth. The large legs are a feature of “Nagano Mecha” at that time, and the toes with different lines have heavy nuts.
I think that the conspicuous inside of the suso and the cross section of the armor are one of the highlights, so I processed it with 0.3 mm plastic plate, junk parts, streak carving, etc. The length extends from the thigh to the knee joint by about 5 mm and the ankle joint by 4 mm.

The body of Rebel’s 1: 144 “Raphael” is divided and applied to the extension of the binder. Forcibly use a 1.2mm plastic plate on the center gauge with a poly putty. I’m glad that it took shape somehow x2. (Actually, I made 80% of the binder that resembled a binder for Nero trainers, but I dropped it as “Sentinel color is too strong!” …) The tip of the cannon is a 1:35 tank from Dragon. From the kit.

I checked by blowing the primary suff. After assembling and checking the silhouette, it really is “Rick Dom” itself. For a former Principality of Zeon pilot, it’s a very exciting design. It’s said that it’s because of the large mono-eye and the binder removed … 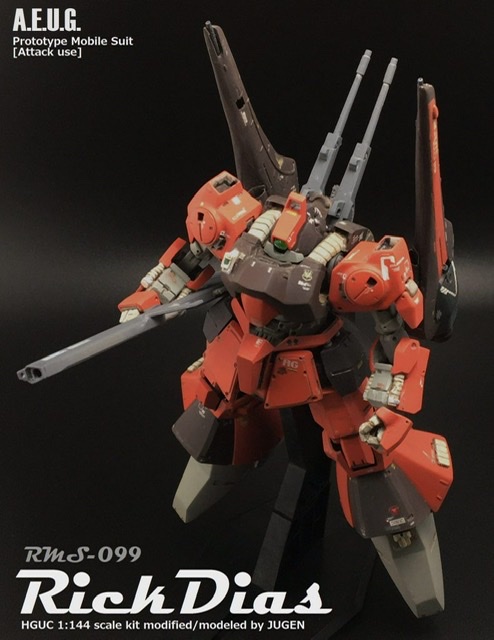 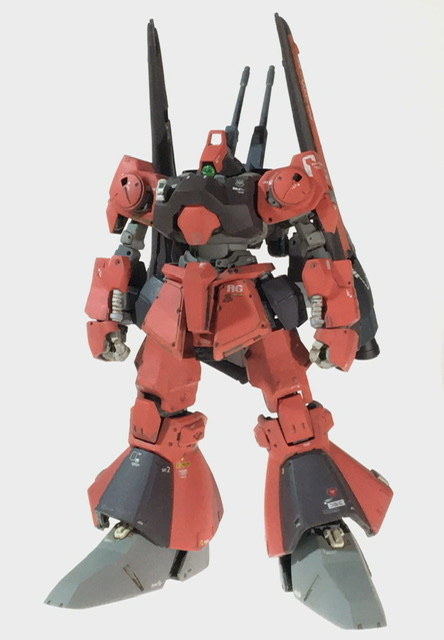 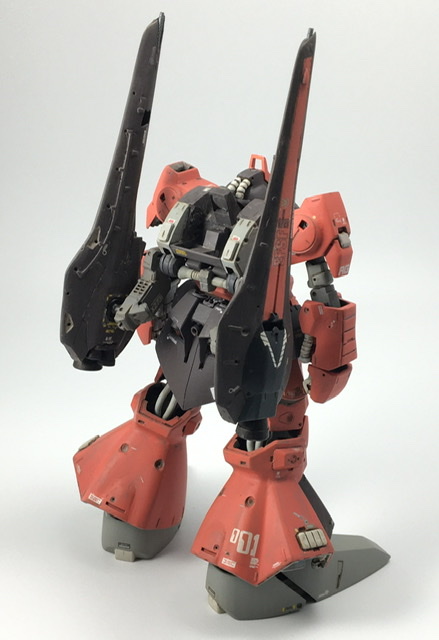 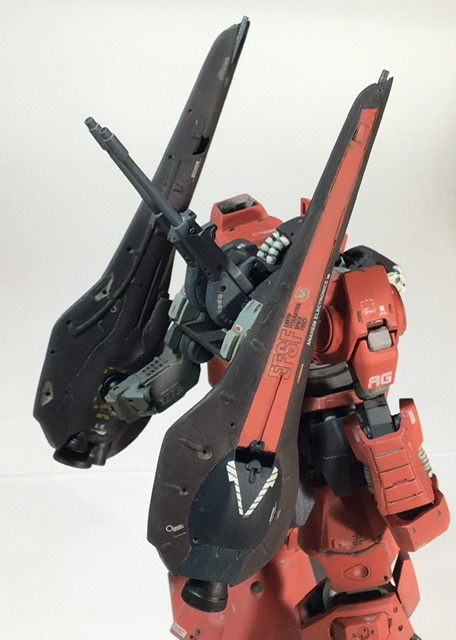 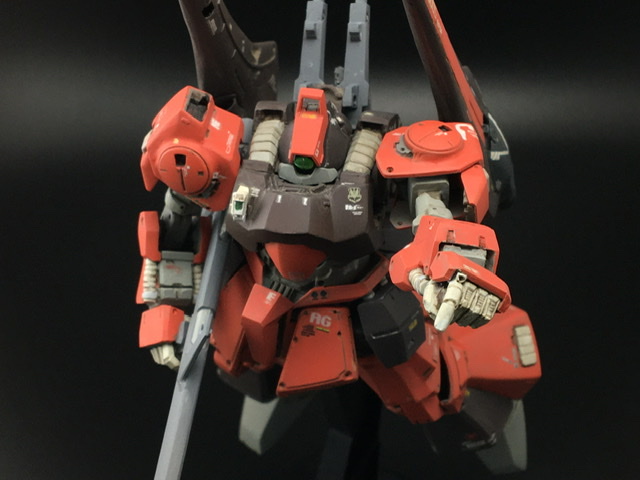 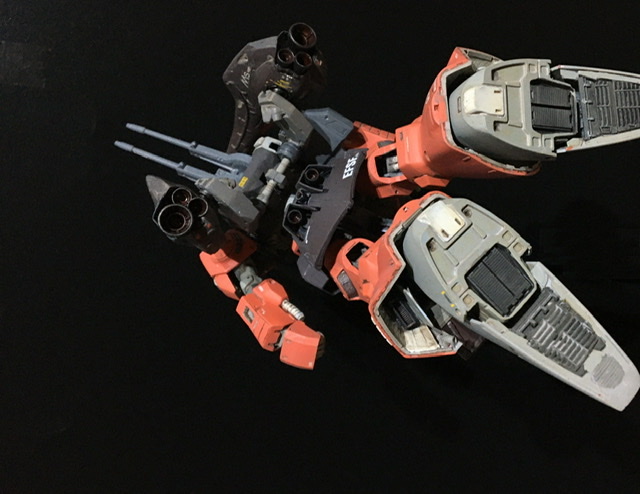 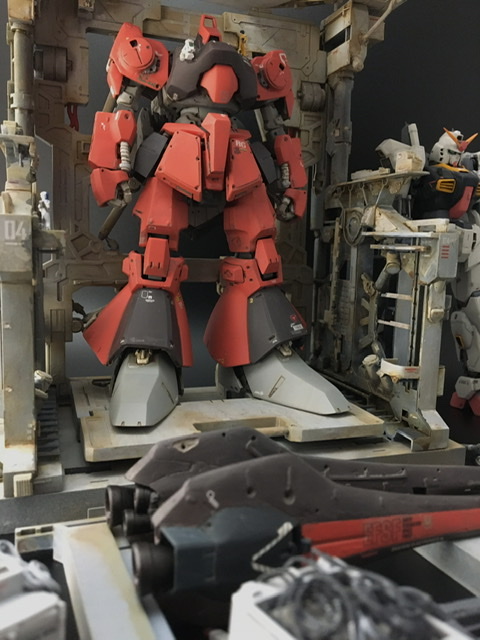 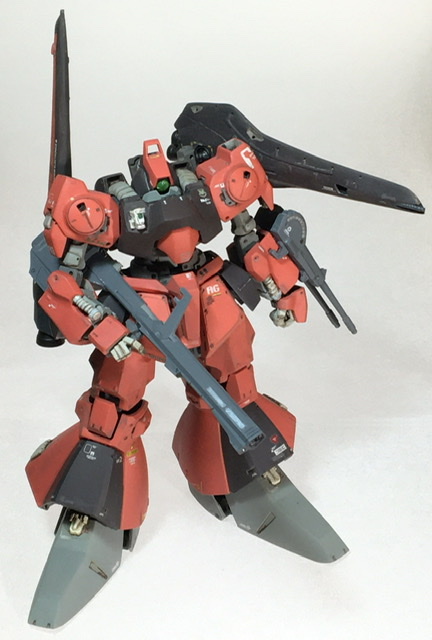 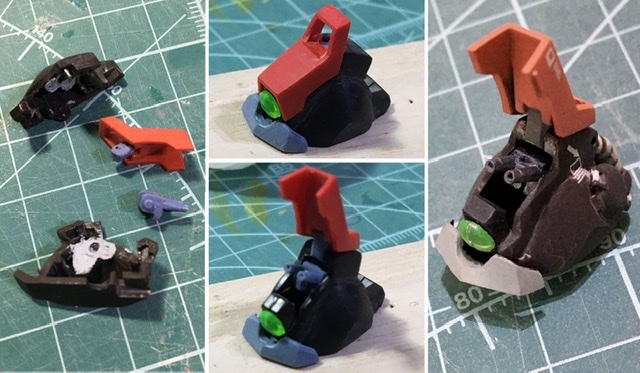 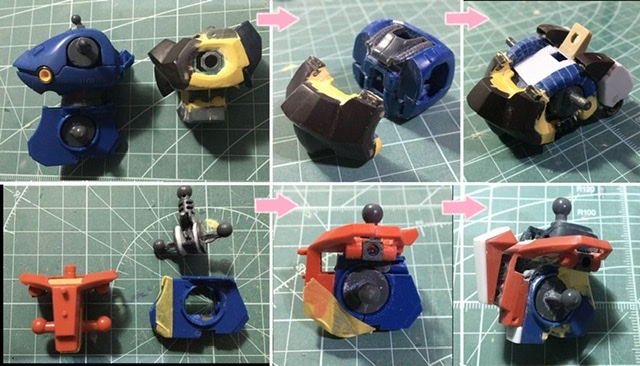 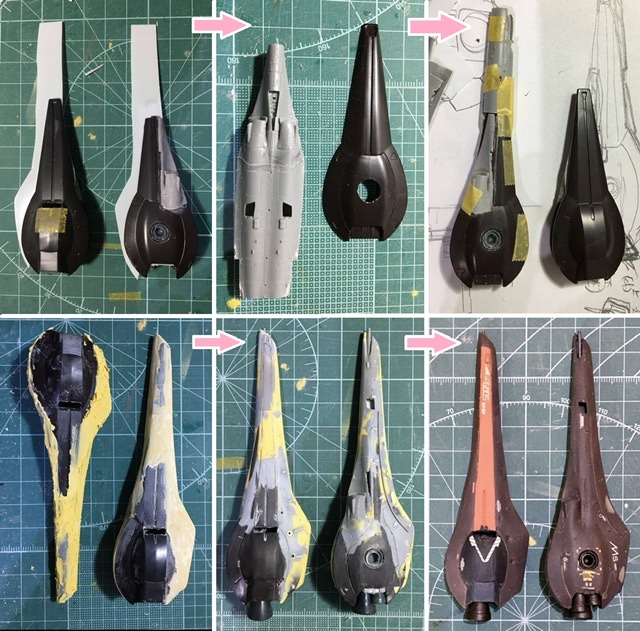 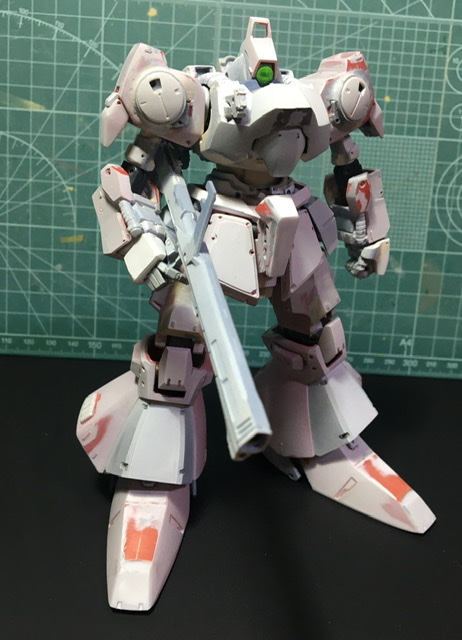 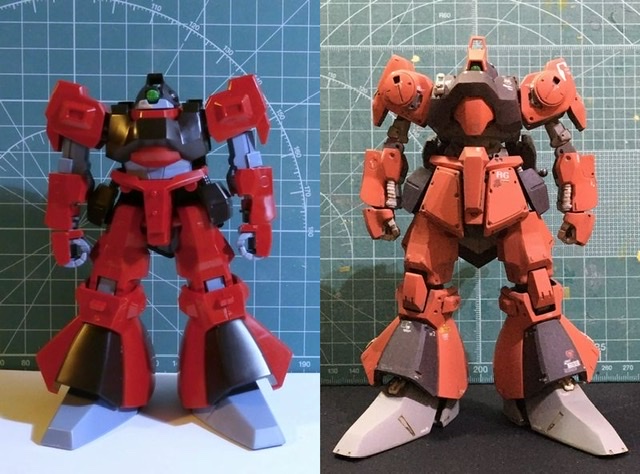