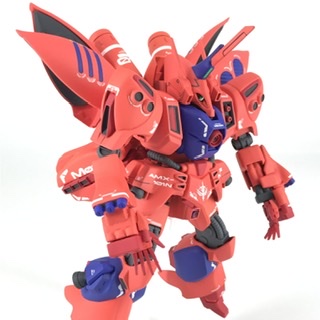 I modified HG Schuzrum Galluss to make a new type exclusive Galluss
The name means that it is a new type dedicated MS, so this time I took the acronym of Nachtfalter, which means moth in German, and made it Galluss N!
I liked the thicker Galluss J than the slender Schuzrum Galluss, so I put the old kit Galluss J on the internal parts of the Schuzrum.
The hypermega particle cannon on the chest is attached by processing the shield of Rozen Zulu.
The vernier attachment part on the side of the leg uses too much parts from Schuzrum Galluss.
For the vernier on the side of the waist, the vernier parts of Gouf R35 are attached to the parts of Gallus J.
For the triangular parts on the front of the waist, I made a part like that from junk and attached it with reference to the mega particle cannon on the body of Geymalk.
By the way, the arm parts like Geymalk are made by combining the Gouf R35 at the base.
The base of the backpack is Rozen Zulu’s backpack, the wings are SD Qubeley’s, the lower vernier is Gouf R 35 parts, the upper propellant tank is Zaku III Custom, and the mother funnel is Rozen Zulu’s. Based on the backpack, I am remodeling it so that it looks like a mother funnel!
Also, unlike the HG and MG Qubeley, the SD Qubeley feather parts do not have internal parts, so I made another internal part using the SD Qubeley feather parts and glued 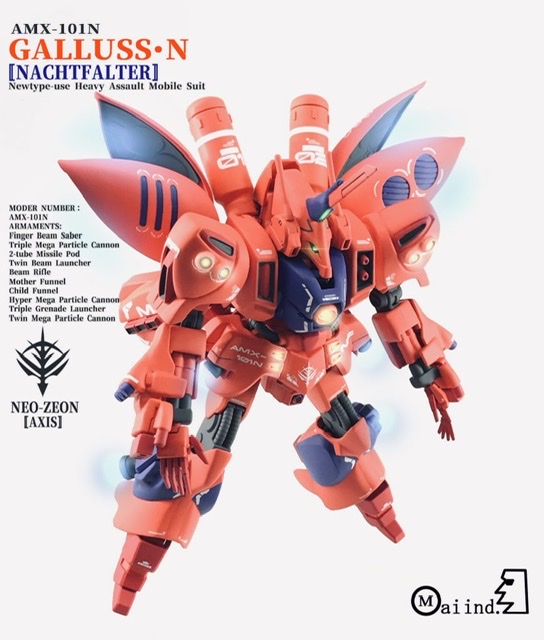 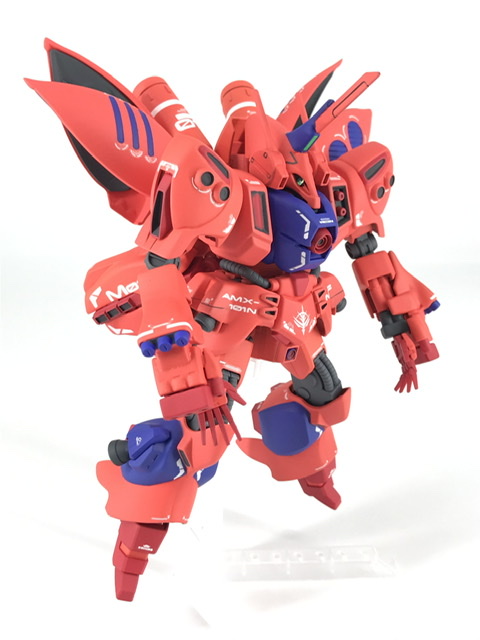 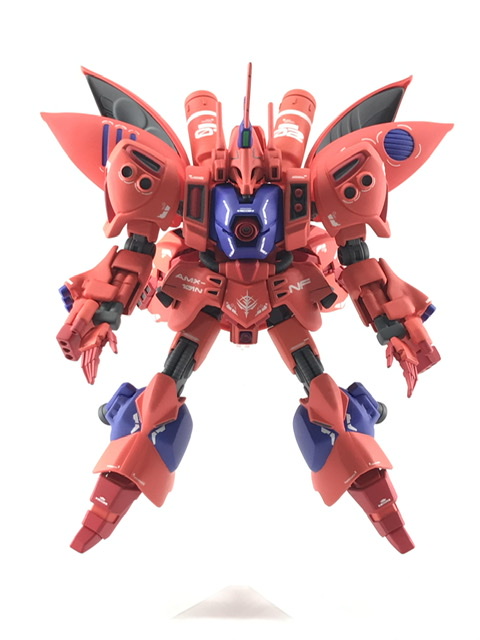 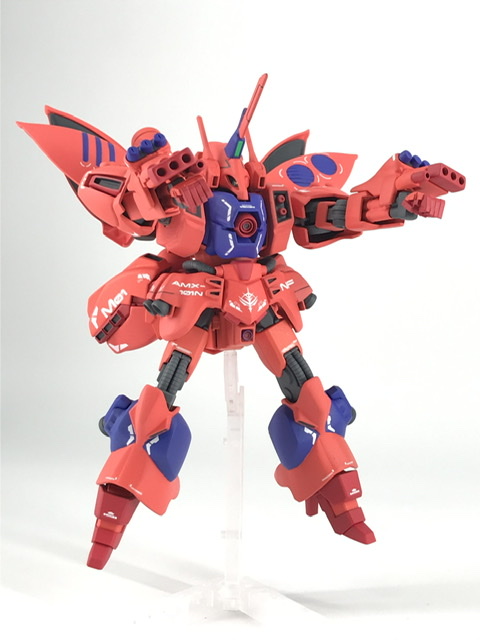 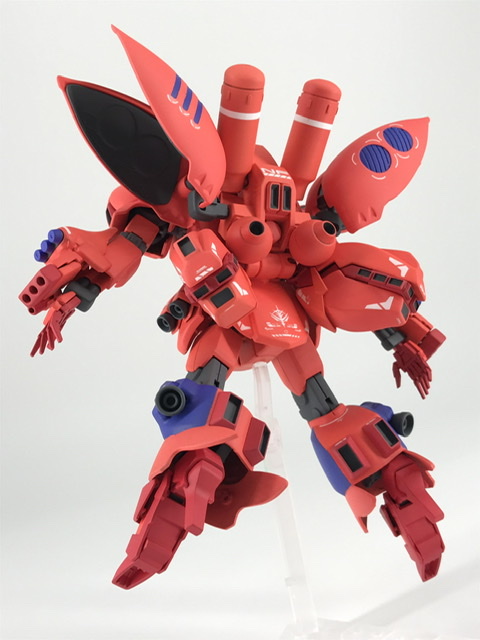 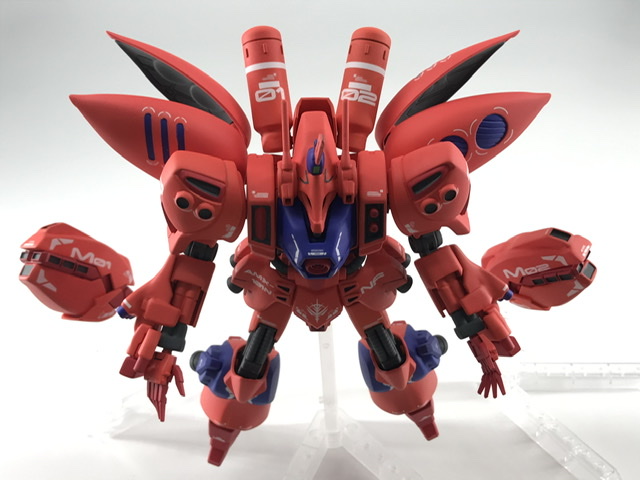 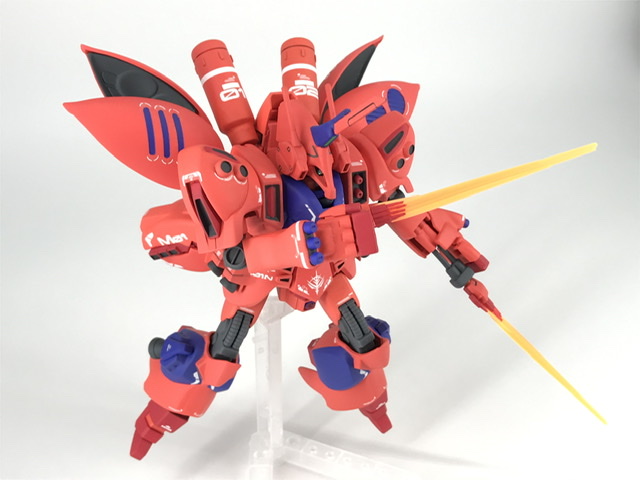 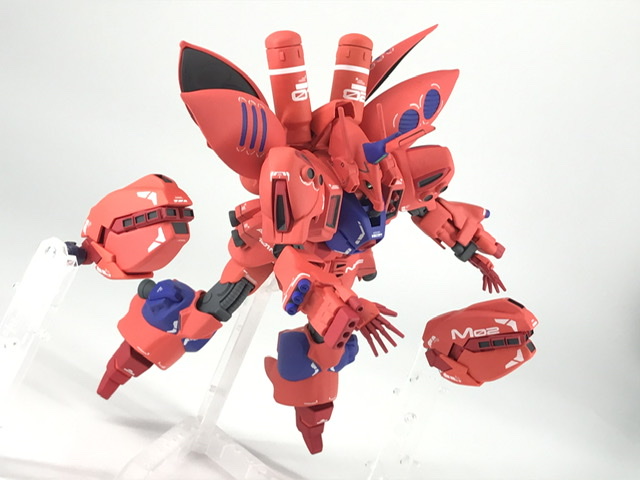 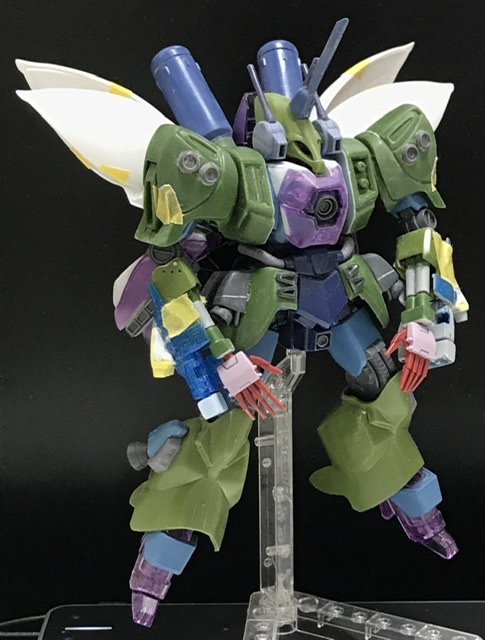