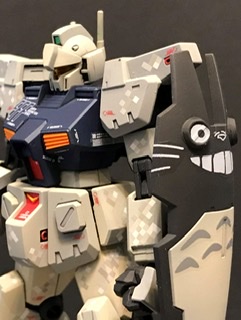 RGM-79N GM Custom mass production type
Earth Federation Army Australian Front Army Torrington Base Affiliation
In 0084, after the attack on the remnants of Zeon, who claims to be the Delers Fleet, a small number of MS were deployed to reorganize the devastated Torrington base.
Around this time, the production of the latest model of the RGM-79 series had already shifted from N (custom) to Q (quel), so it seems that this machine was sold from the front line unit.
In addition, since the shield is treated as a consumable item, a new one was provided when the MS was deployed, and the coloring was allowed to be free for each platoon at the beginning of the introduction.
Many people think of the characteristic shape of this shield as “eyes” and “ears.” In the simulated battle, it was only at the beginning that the morale of the entire unit was greatly increased by inspiring the proud shield not to be polluted with paint bullets. As the graphic of the shield gradually escalated, it became a situation where the paint bullets that covered the shield were exchanged. Soon, free coloring and graphics were restricted.
By the way, it is said that the shield of this recorded photograph imitates a famous character that appeared in a work called a national animated film in the Far East region toward Asia in the old century. ..
The combination of federal color (sand color) + pixel camouflage decal + self-made decal is the second time, and this 3-piece set is likely to become my standard style. 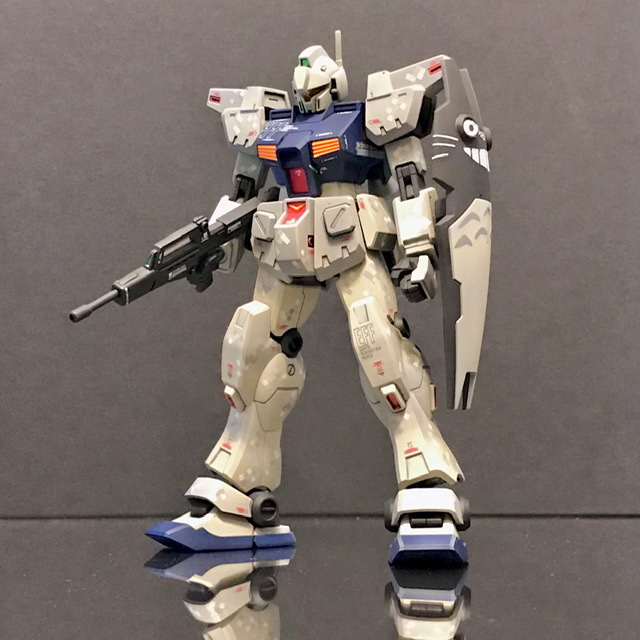 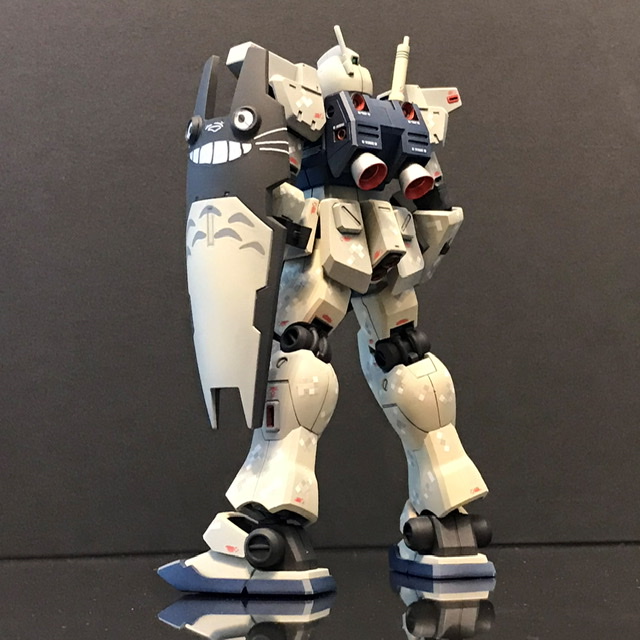 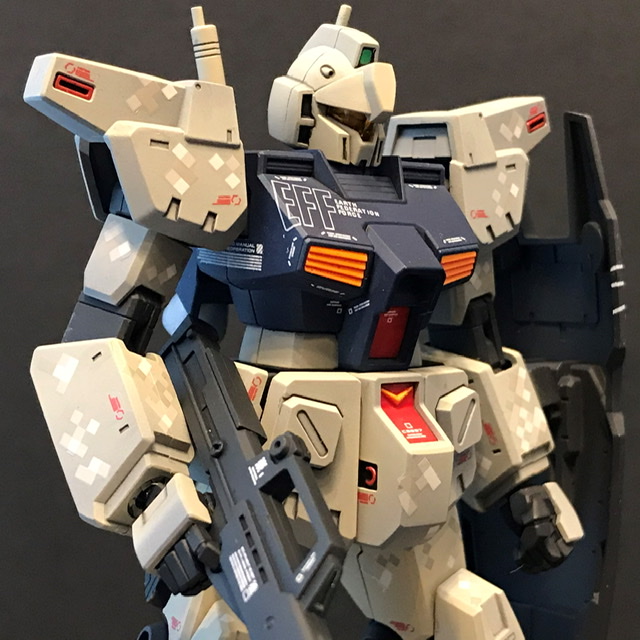 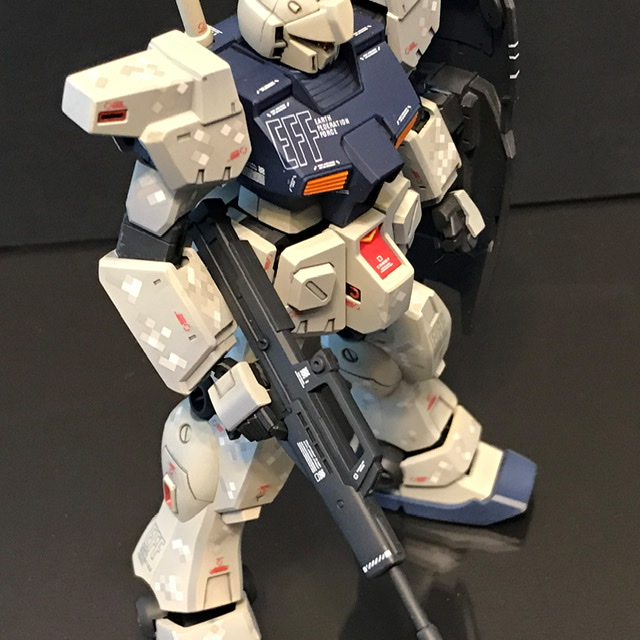 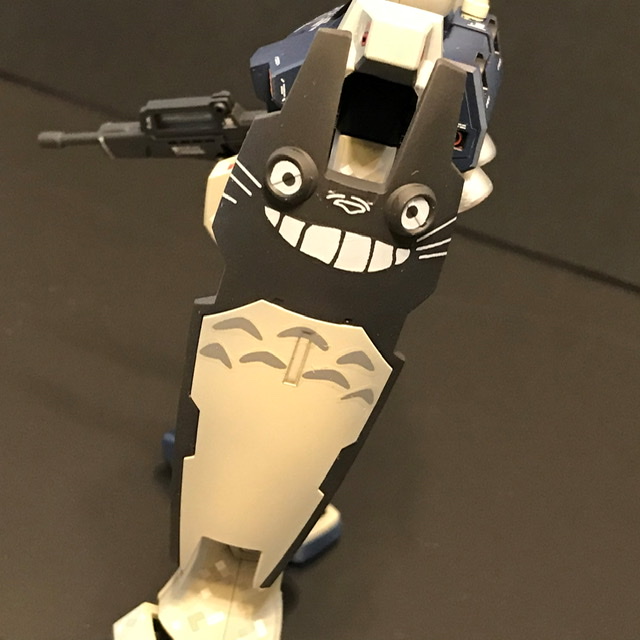 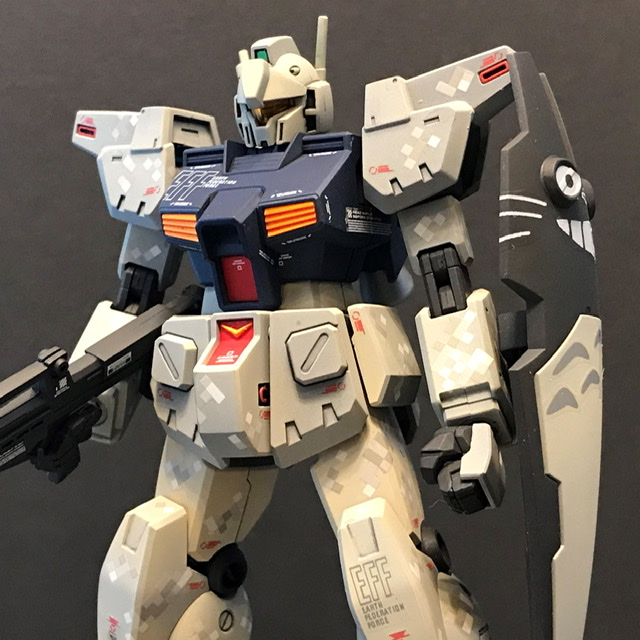 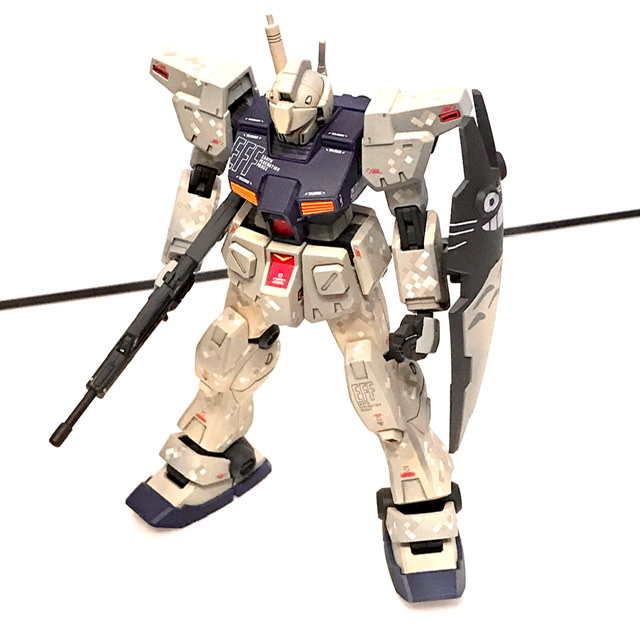