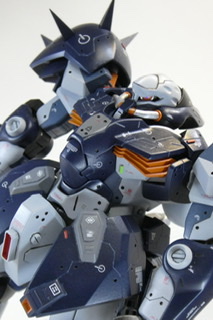 Using HG Messer as much as I can with the modifications and skills I can do now, I just put in what I thought was “cool!”
If I were to ride a messer, I wanted to ride a bluish one, so I painted it with a color pattern based on dark blue.
A long time ago, Tamiya’s spray work remembered that he had a basic compressor (a guy who runs on a radio-controlled battery), so I pulled it out and used it, but it can be used even if it is left unattended for a long time.
The number 08 has no particular meaning, because it was my favorite number
Propellant tanks have been added due to the increase in size of thrusters.
Can this maintain the output?
Anyway, I am doing all-you-can-eat custom to make it look like Zeon’s MS with detail up
Only the right forearm had spikes
The beam rifle has also changed its shape considerably
The back of the shield is equipped with Sturm Faust and Hand Grenade.
It was bigger than the HG I made so far, so it was worth the great remodeling.
What I didn’t like the most was the shape of the beam rifle.
Truncate the barrel, make it easier to handle, generator? Increase the size of the beam and increase the beam output
As an image, I aimed for a beam rifle that can also hit a shotgun beam, like the Sazabi’s beam shot rifle.
Also, the position of the scope was on the right side, but I felt a great sense of discomfort, so I moved it to the left side.
The tip of the truncated beam rifle has been reborn as part of the additional thruster 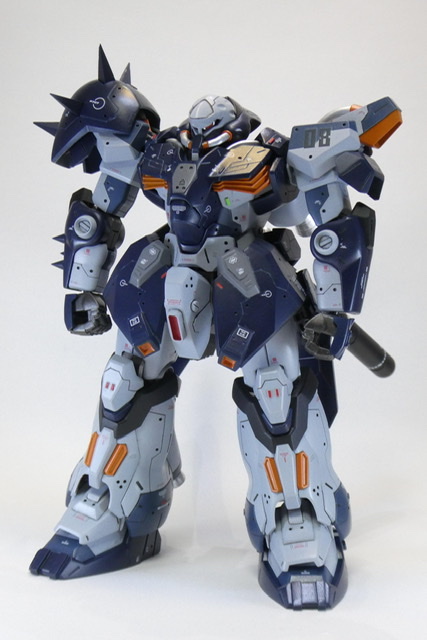 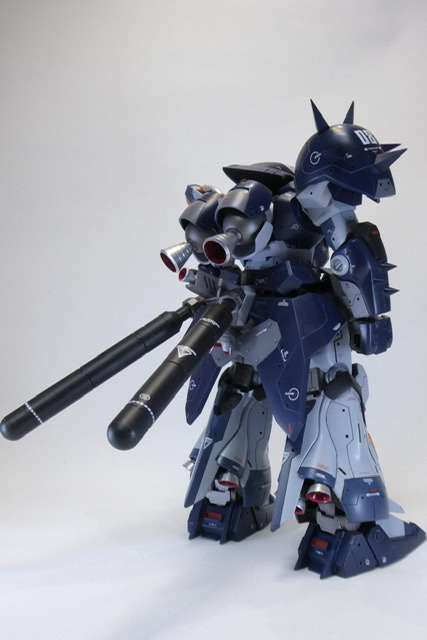 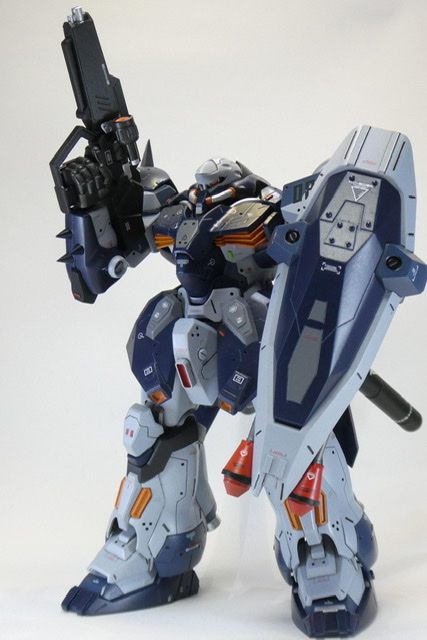 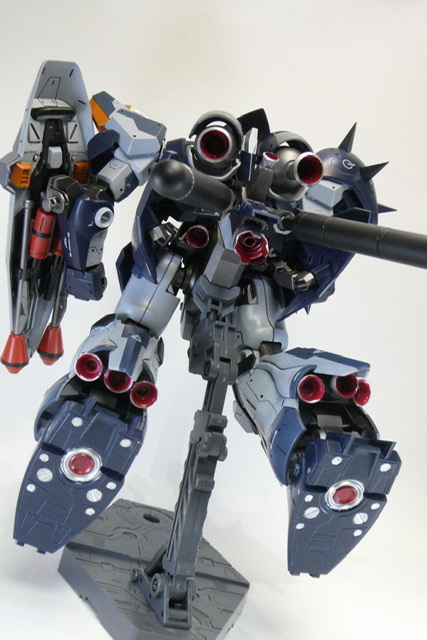 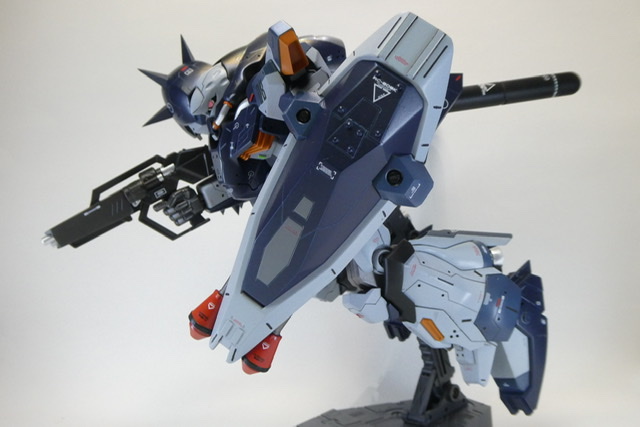 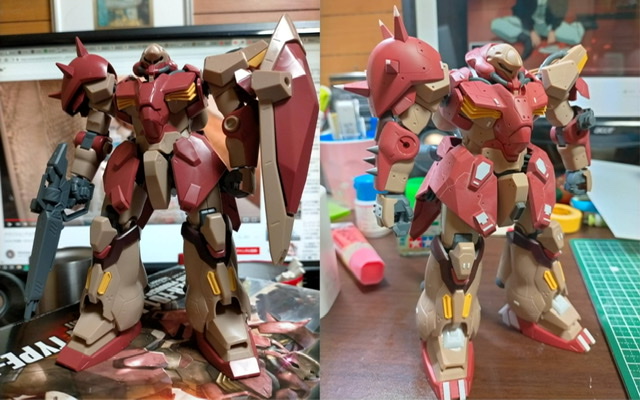 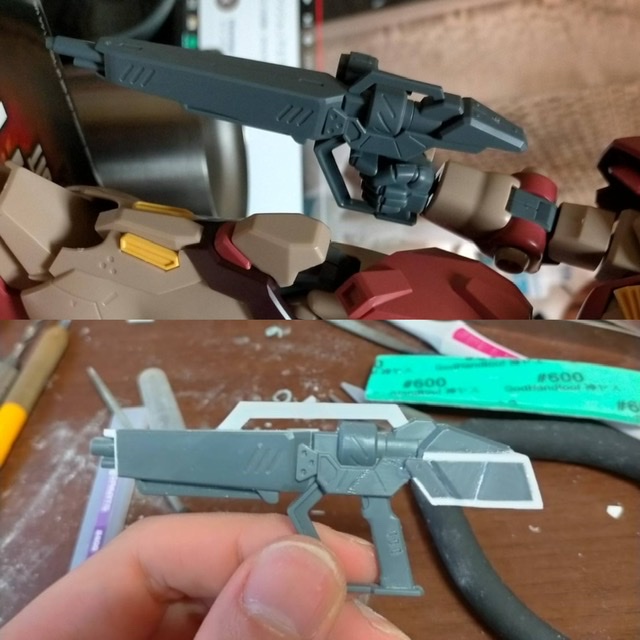 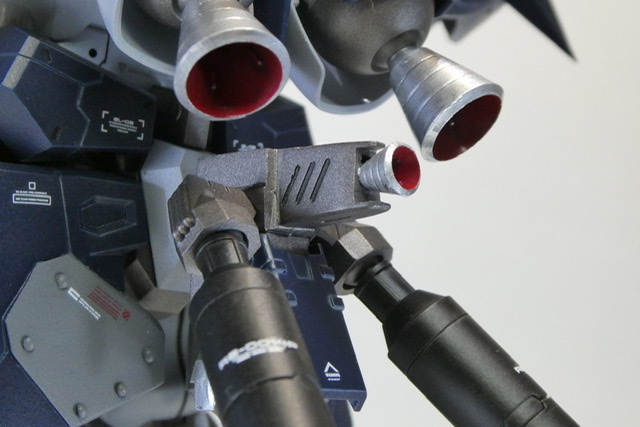