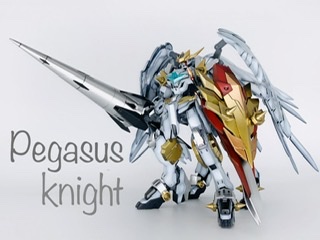 combining Justice Knight, Aegis Knight, and others.
It was named Pegasus Knight because it is a quadrupedal walk with wings.
This time, I didn’t think deeply about the settings, but just made it with great care for coolness and balance.
If it’s cool, it’s an easy idea to be absolutely strong.
Equipped with a large beam sword on the Aegis shield
Aegis Tale Blade Arrow
The strongest technique of Pegasus Knight !!
Justice Knight’s Sword Short
I was worried about trying to get rid of this, but I equipped it because it was a big deal.
The front legs are Marchosias, the rear legs are Barbatos Lupus Rex, and the foot spikes are Kotobukiya’s minus mold combined with Zaku’s spikes.
The spikes in various places were sharpened using a plastic plate.
Other work is only mating, filling holes, and sharpening wings.
Thank you for watching until the end 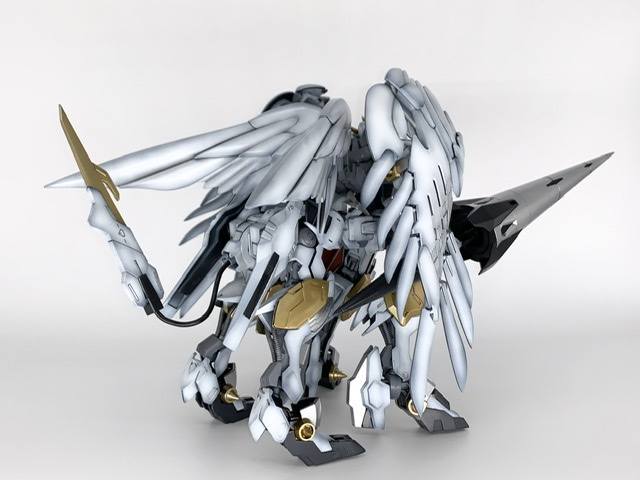 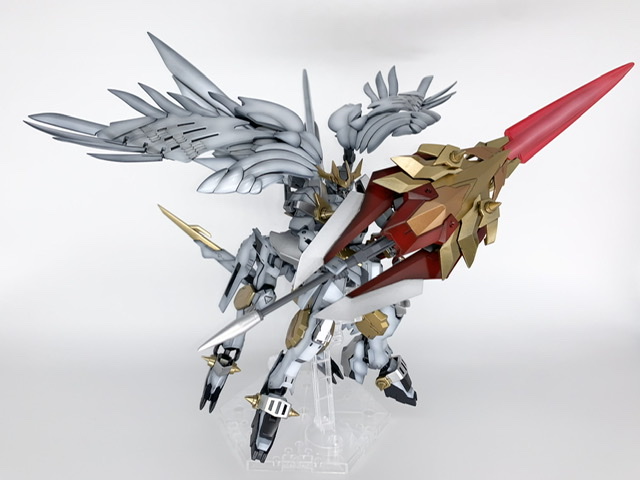 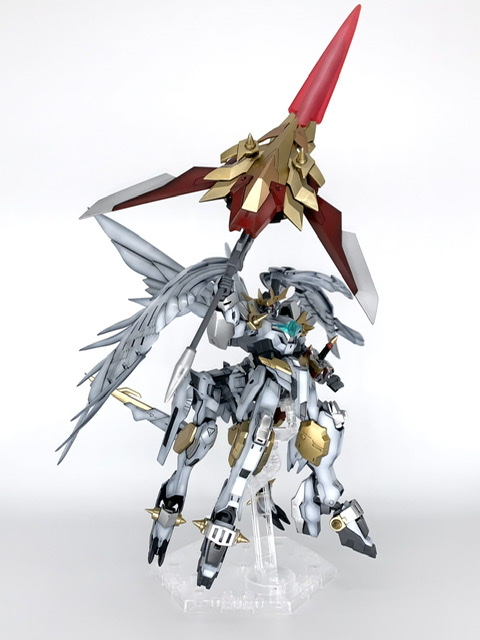 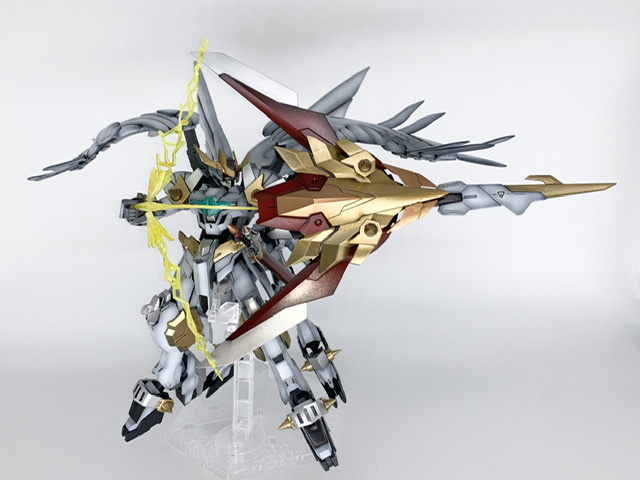 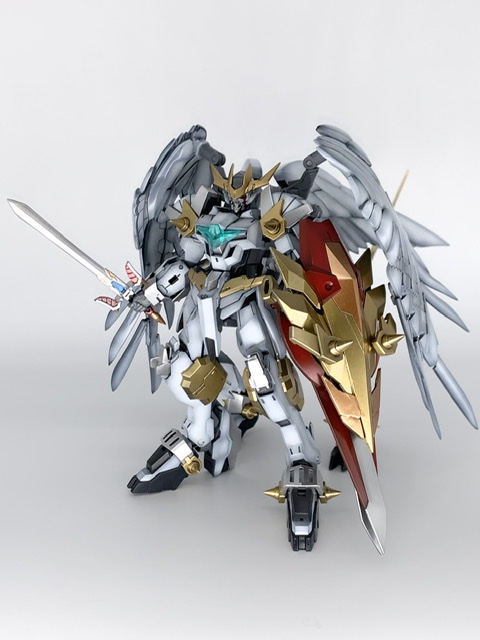 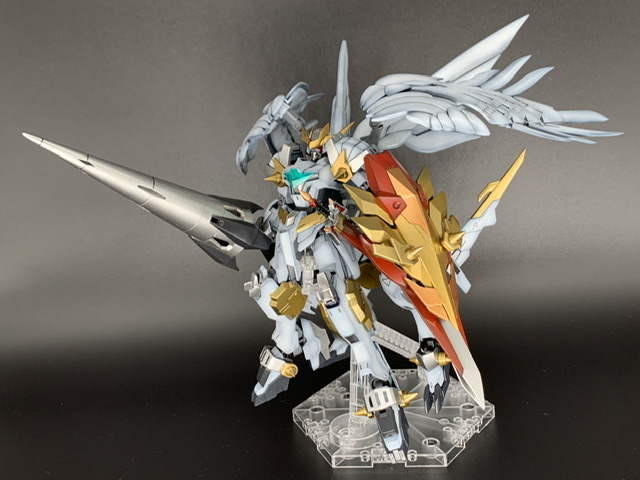 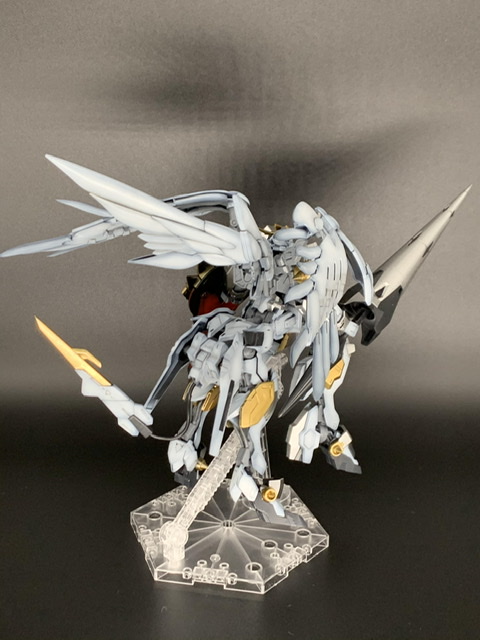 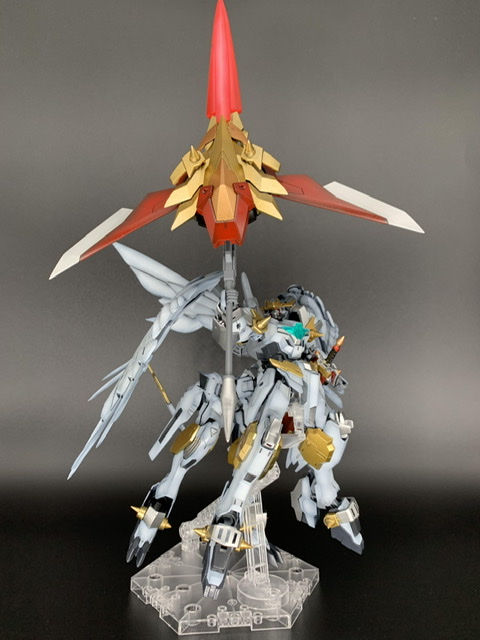 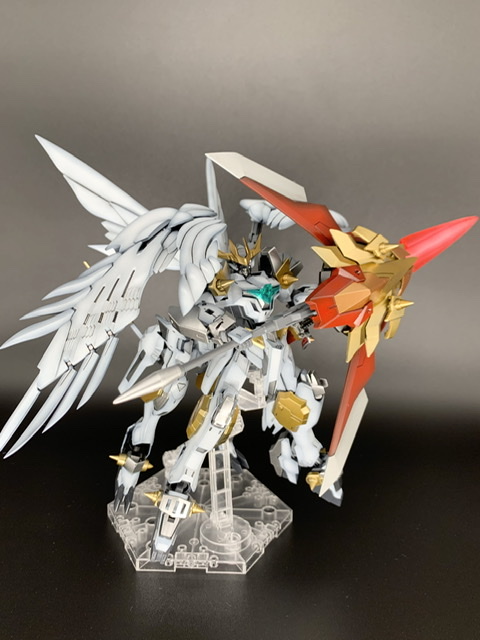 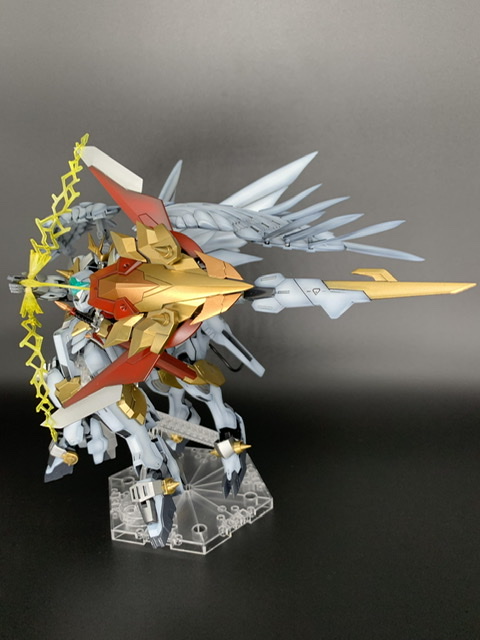 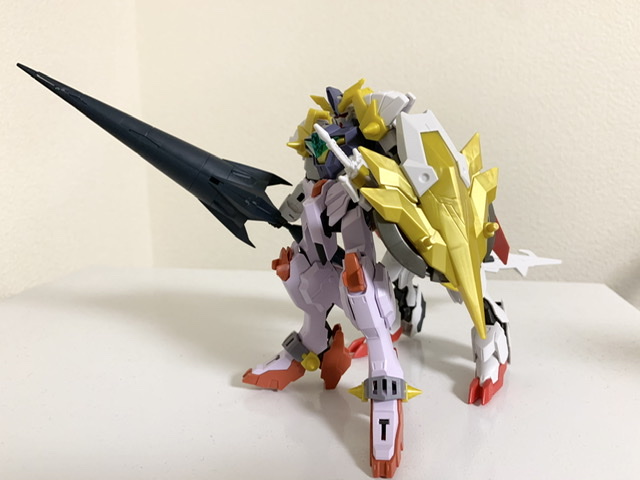 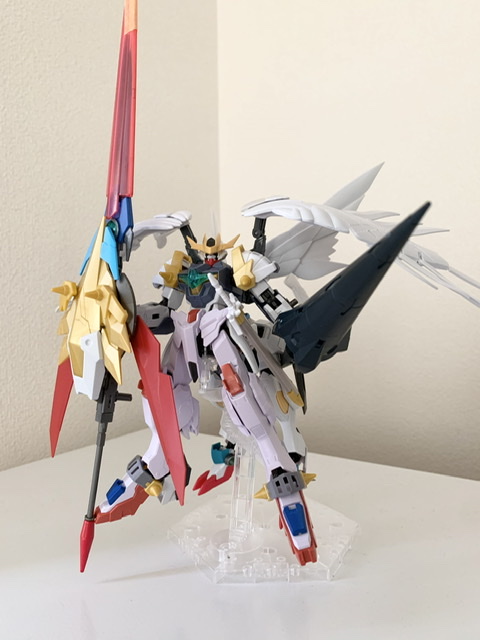 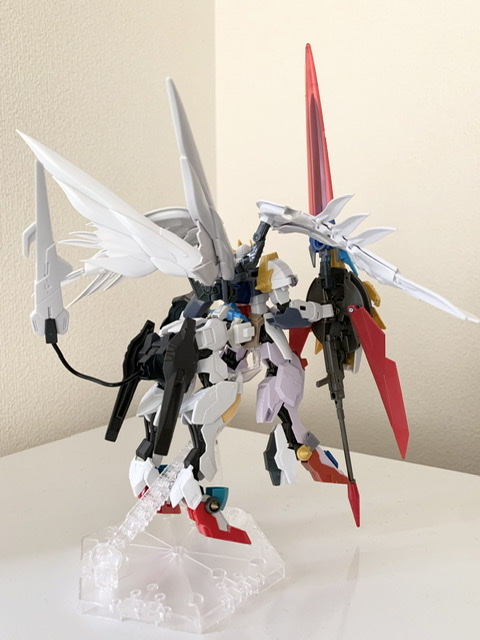 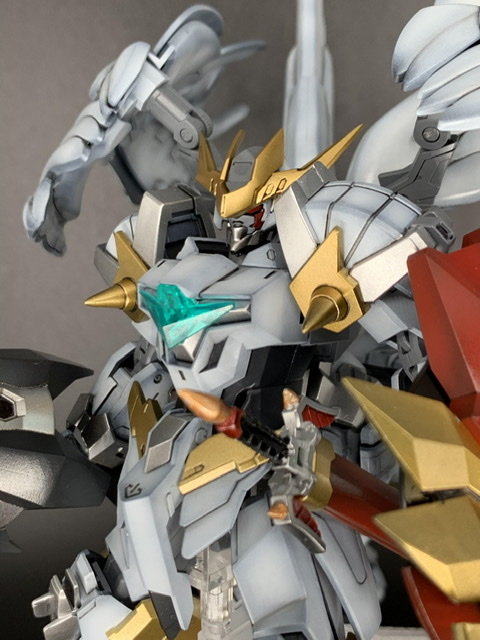