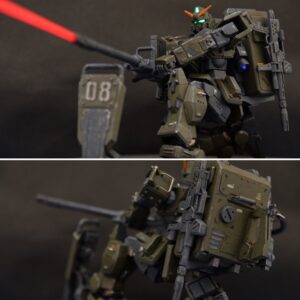 The ground battle type Gundam has been finished as much as possible.
Speaking of ground battle type Gundam, this pose. Cannon didn’t get on the shield well.
The backpack may have been too heavy.
I think the weathering was successful for the first time.
After painting, ink with dark brown, dry brush with gunmetal and silver, draw rust with brown of real touch marker, matte top coat on the whole
The face hasn’t been sculpted, but it’s cool.
I made a hole in a hexagonal plastic rod, but the size did not match well. If you look at it like this, it may be that the unevenness is on the contrary a good taste.
There is a reason for the hole in the back.
It was a hole for LED lighting. This was hard! Details are below.
Work completed. After this, paint and wire.
I took off the three-color LED pendant that is common on fair days, and put the battery in the backpack and the LED in the head, the tip of the cannon, and the backpack.
Two pins protruding from the backpack penetrate the back and into the chest.
The LED in the middle fits into the hole in the back and illuminates the thruster on the back from the inside.
The cable from the side of the backpack connects to the cannon and illuminates the LED at the tip.
Two pins that penetrate from the back connect to the LED in the head through the neck.
So, when you switch it on, it looks like this! 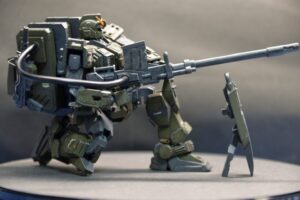 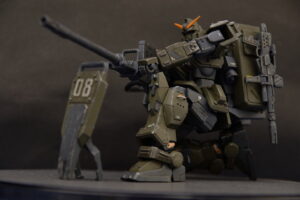 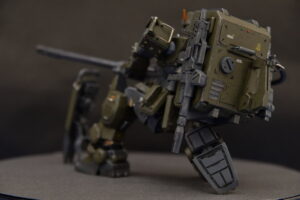 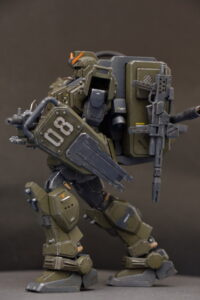 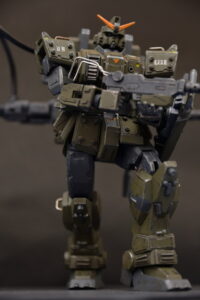 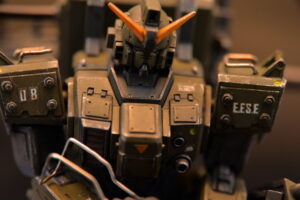 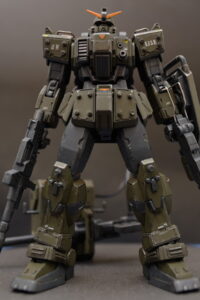 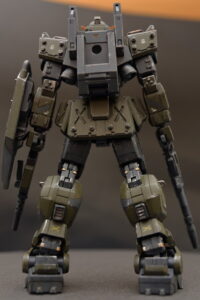 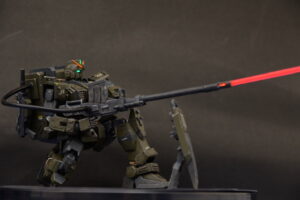 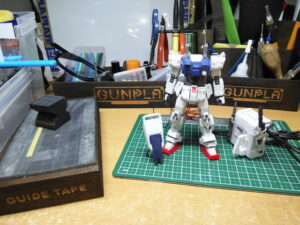 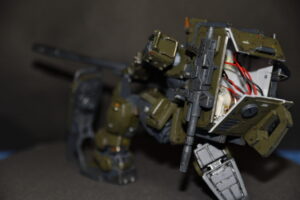 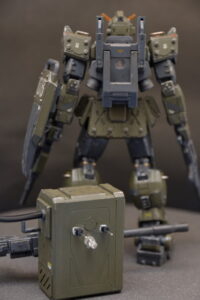 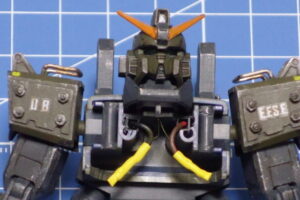 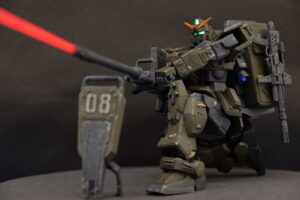