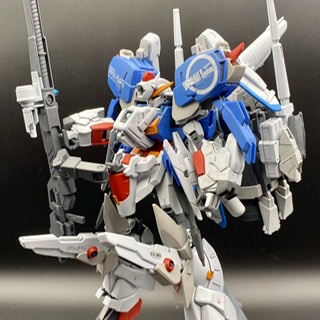 This is Core Gundam, the body.
A combination of Core Gundam I and Core Gundam Ⅱ.
Originally I was planning to use Core II, but this happened because of the parting departure that the armor parts I made interfered. Personally, I prefer Core Gundam to this face, so I wonder if it was good as a result.
I took a picture of all the parts.
Re: RISE’s OP parody.
Actually, it’s quite rough, so don’t enlarge it too much …
It feels like an intermediate form. From here, armor is piled up to become Core Ex-s Gundam.
Something like a setting around here … Re: RISE In the main story, there was a Gunpla to the last, so I thought about incorporating a little weapon-likeness, and I decided to make it as a weapon of the world view of the Universal Century. .. In order to make it look like an Anaheim-like replacement, the head parts are made to look like the Zeta series with a face cover. Although it is based on Ex-s as a big main modification, there are some remnants of struggling to add a core Gundam character to the details …
Yes, it is fully equipped. I like it.
Actually, I made it myself, but I’m really interested in it. I happened to get HGUC’s Ex-s and tried to assemble it, but the result was good, but I didn’t like the proportions …
Because of that, I started to think that I should make it the body of Core Gundam. (The beginning of hell.)
Is it about 3 months in terms of time? (Actual working time is probably about 1 month)
From here, it is a series of insanely cut and pasted file adjustment adjustment adjustment …
The contents of the shoulder parts.
I put in a ball joint and adjust it to the ideal position. The shoulder connection is made like that by sticking a plastic plate on the connection base of Veetwo Armor.
It was rather defeated, so I think it’s amazing that it was organized by eye measurement
This is the final draft before painting.
Originally, I was planning to use the beam cannon as it is in the kit for the cannon at the Ex-s booster, but there were various things and it became a crap
The beam smart gun is mixed in various ways like a core gundam. (The sensor was painted separately.) 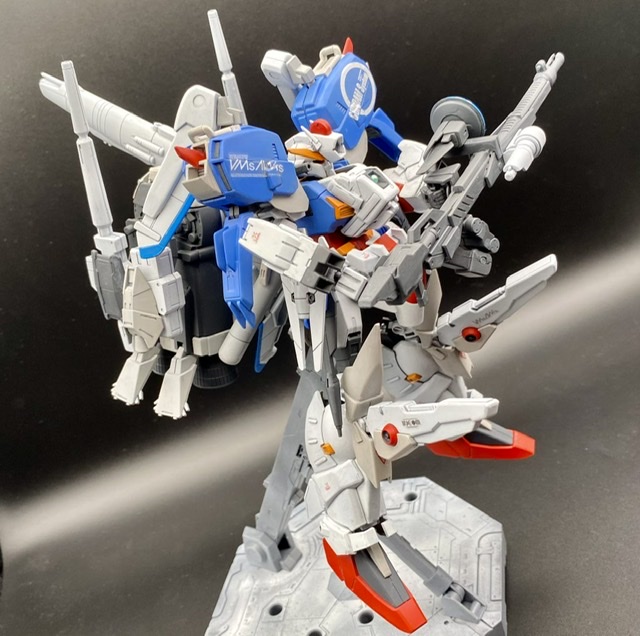 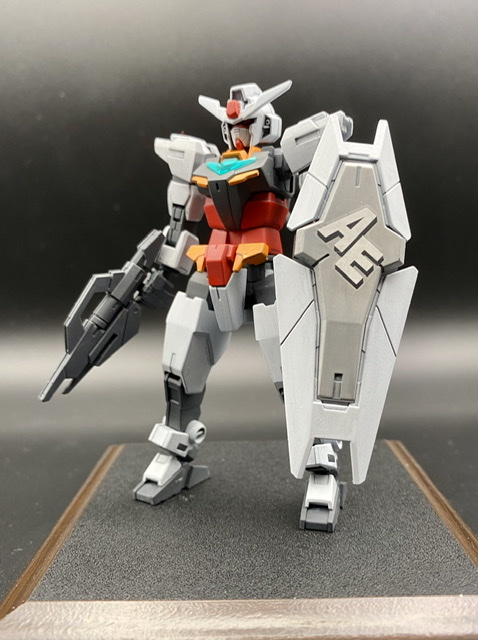 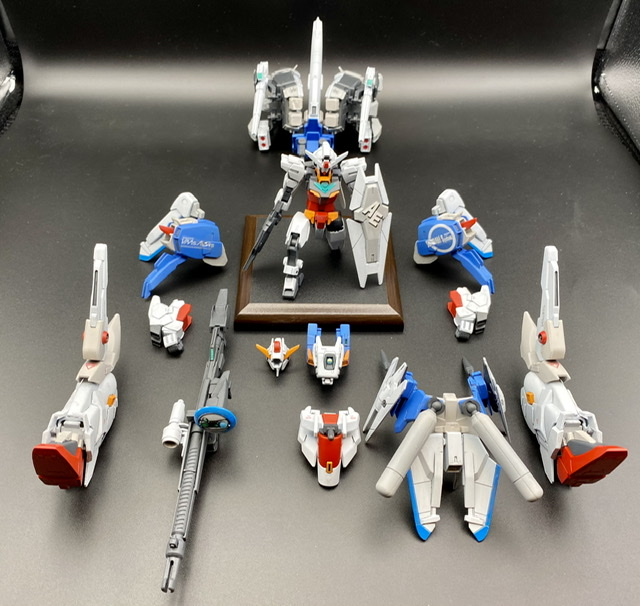 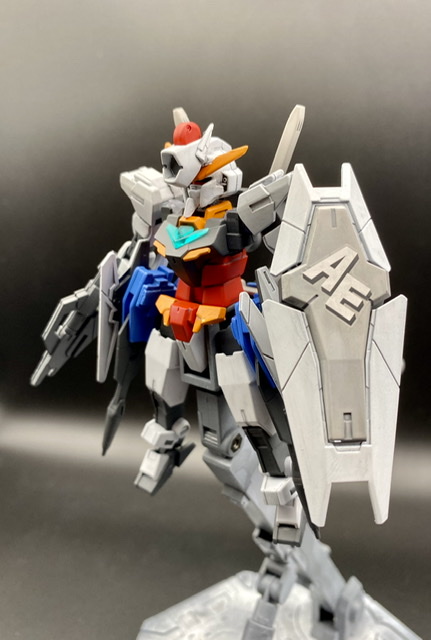 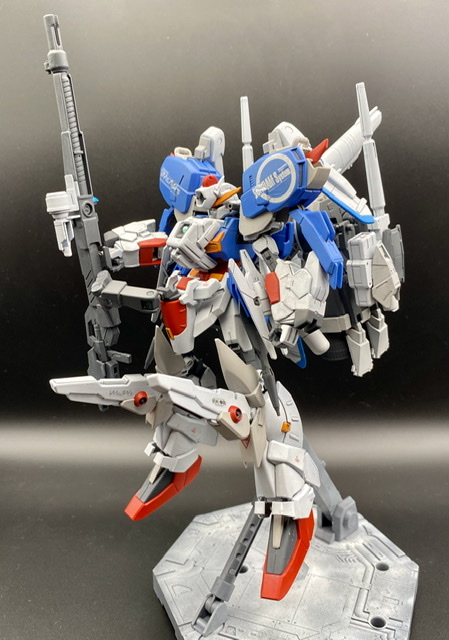 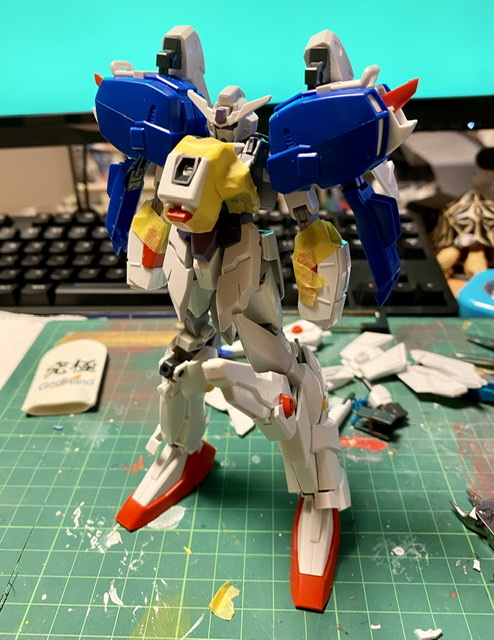 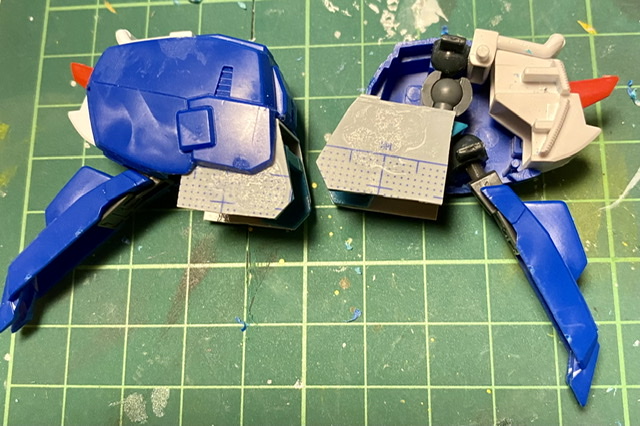 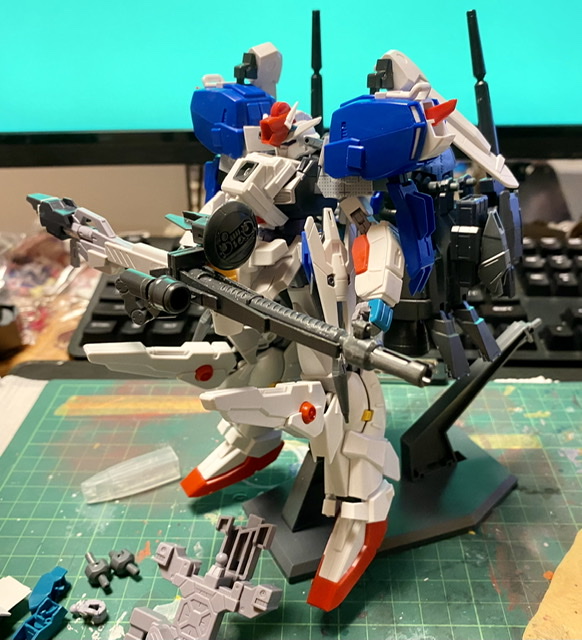