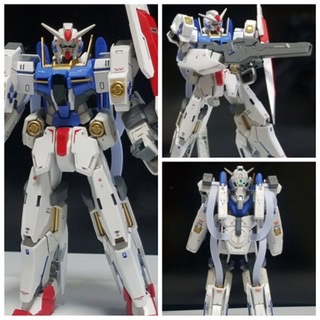 I made it with the aim of adding and strengthening GN capacitors.
Reinforced parts are attached to the shoulders, calves, and back, but the size does not interfere with movement.
Step-down moldings are added to the knees and shin parts, and streaks are added to the shoulders and hips.
Calf reinforced GN capacitor (under construction)
Larger shield (under construction)
Assuming that the thrust of the core fighter is generated from the main wing, it is also used as a propulsion machine during MS. 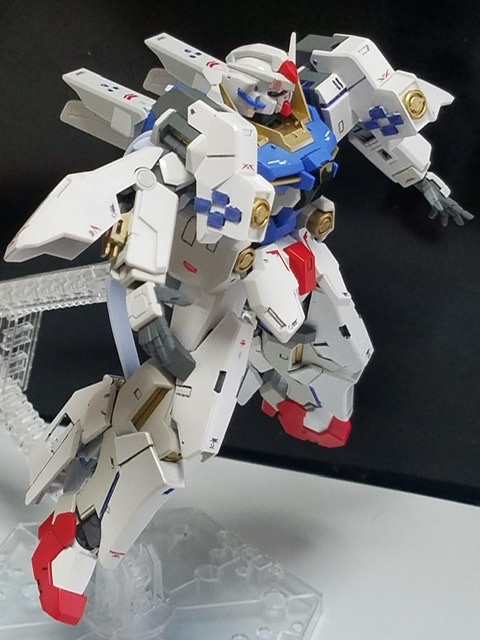 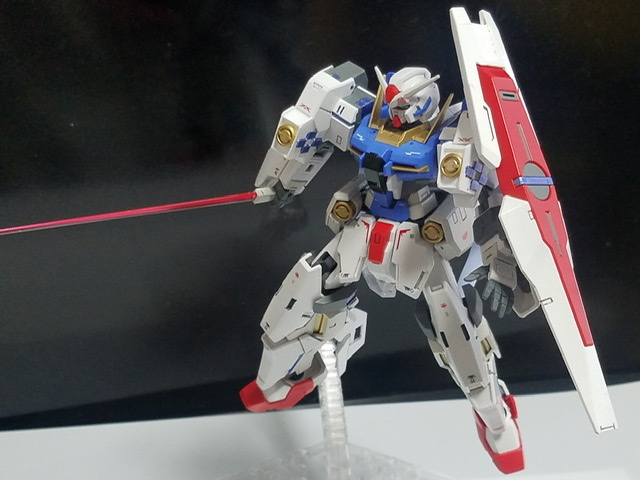 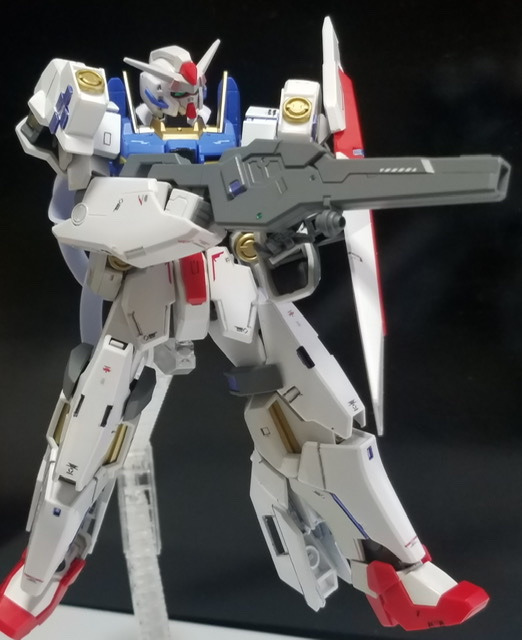 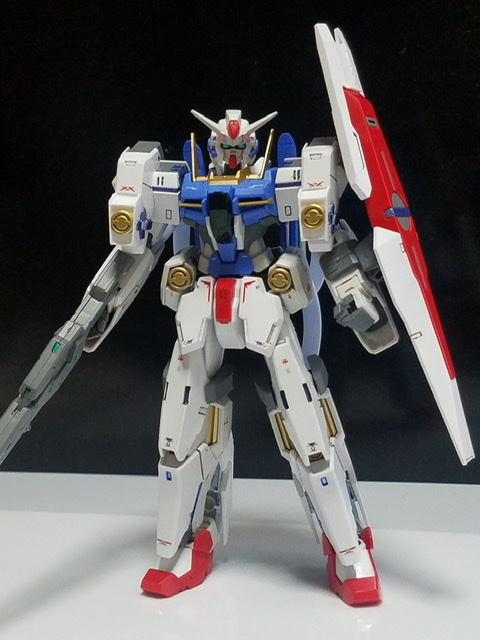 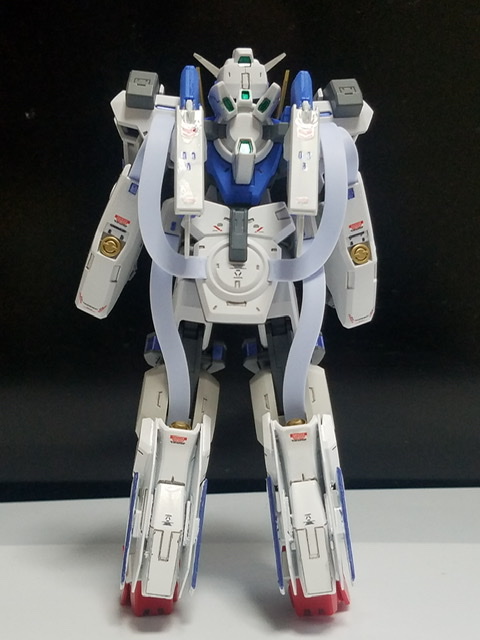 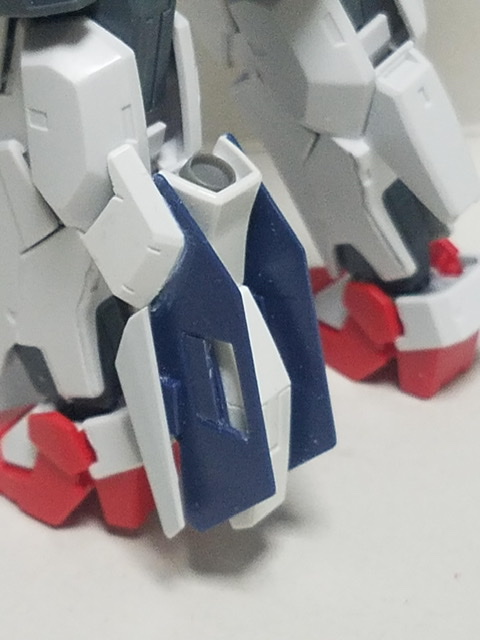 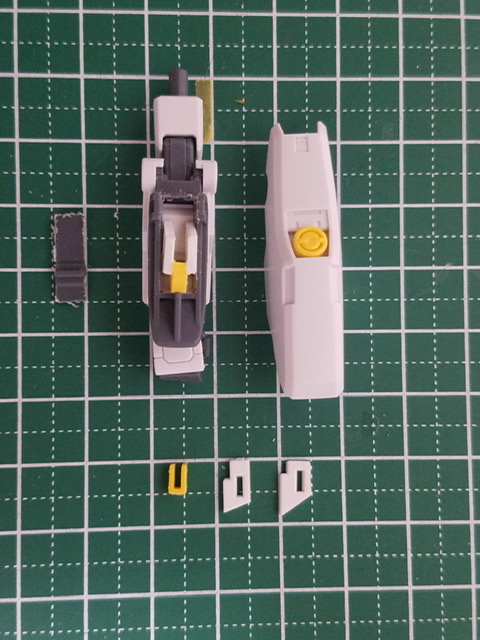 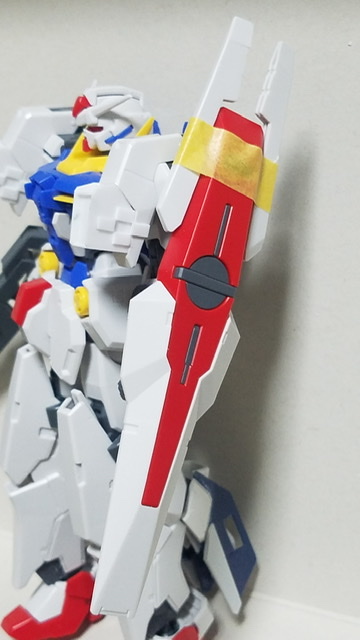 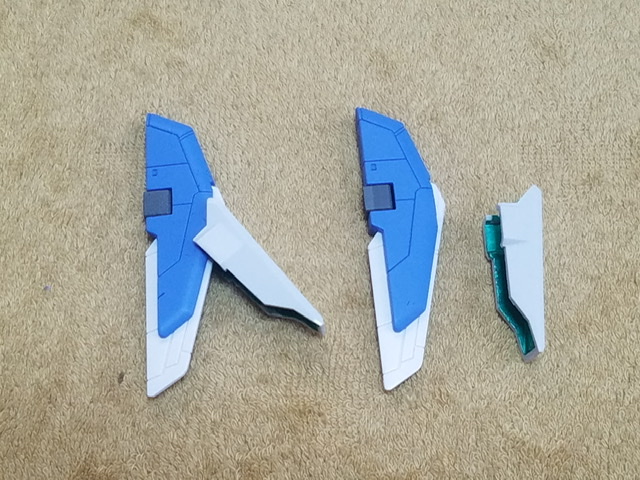