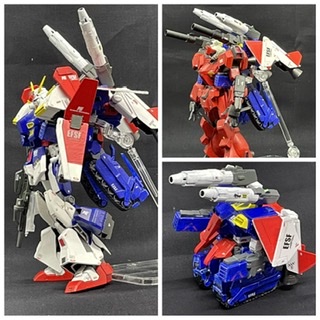 RIX-003 [GA] Guncannon DX style.
The Guncannon and GF tank are combined!
The base is HGBD Jegan Blast Master and HGUC Loto
The MS that appeared in the manga “Mobile Suit Gundam U.C.0096 Last Sun”.
After twisting the upper body of the GF tank, it is in a state of being piggybacked on the cannon gun. I mean, it’s impossible to dock because the parts interfere with each other, so I’m just forcibly hooking it on the stand. .. ..

RIX-00PT GF tank style.
The base is HGUC 106 Loto
This is also the MS that appeared in the manga “Mobile Suit Gundam U.C.0096 Last Sun”.
A mobile suit set by AE to repair the LOTO.
It transforms, merges with other mobile suits, and has a built-in psycho frame.
It also features no head.
The first image is a humanoid “fighter”. The back is too heavy to stand on its own.
Based on the lottery, various junk parts are diverted.
The huge booster on the back is the arm of the GP03 old kit. The cockpit is the core booster of some kit.
The entire surface is painted with a brush. Blue is the “newer” cobalt blue of Creos’s water-based hobby color H-35. It’s a completely different color from the “older one”.
“Bull” in tank form.
I just take it apart and put the body on The legs
Flight form “Sky”.
The feathers that grow from both shoulders are replaced by making two types, one folded with a plastic plate and one stretched. While thinking that replacement at the time of transformation is like HGUC.
Although not shown in the image, it also has three wheels at the bottom.

RIX-001 [GA] Gundam G First DX style.
Gundam G First and GF Tank are united!
The base is Hi-ν Gundam of Builders Beginning G and HGUC 106 Loto.
The G First backpack is equipped with neodymium.
In the first place, I felt sorry for the wreckage Jegan Blast Master, so I started by remaking it into a Cannon Gun that I knew for the first time.
I was researching about Cannon Gun, and when I learned about the existence of G First, I thought, “It’s a big shoulder,” but I made it with the Hi-ν Gundam that I had in stock. When I make it, I also like the big shoulders.
By the way, I decided to make a GF tank with Loto . That’s why the GF tank can be transformed into a tank form and a flight form, and then docked! .

Family photo of the Last Sun family. From the left, son, dad, mom 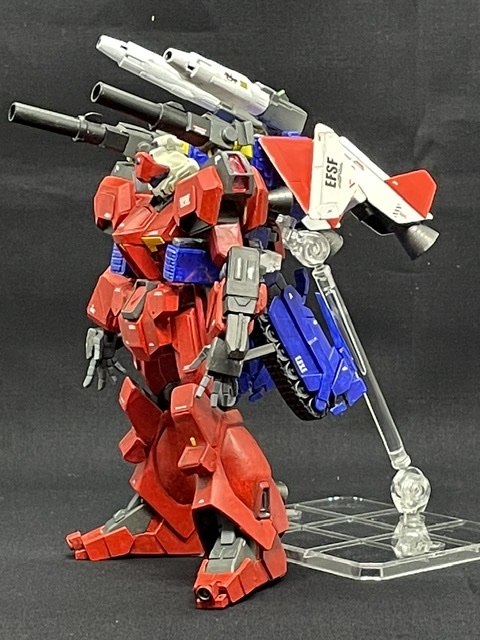 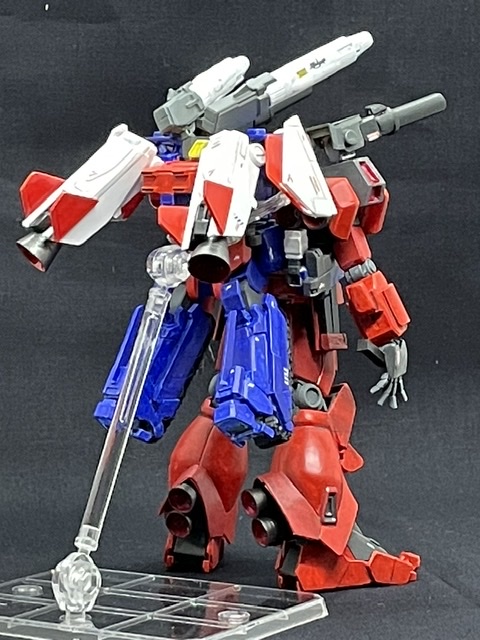 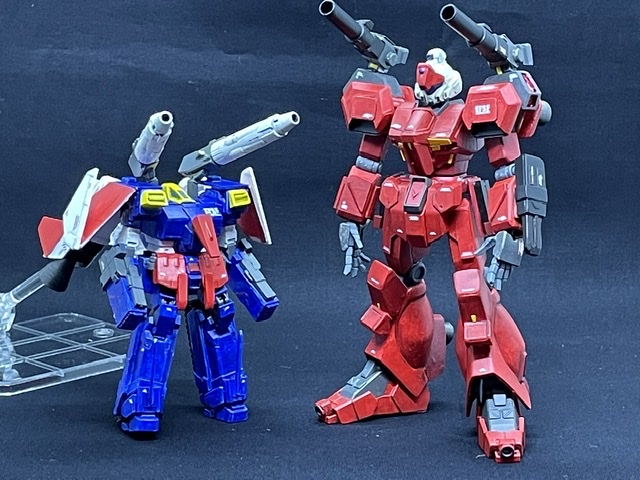 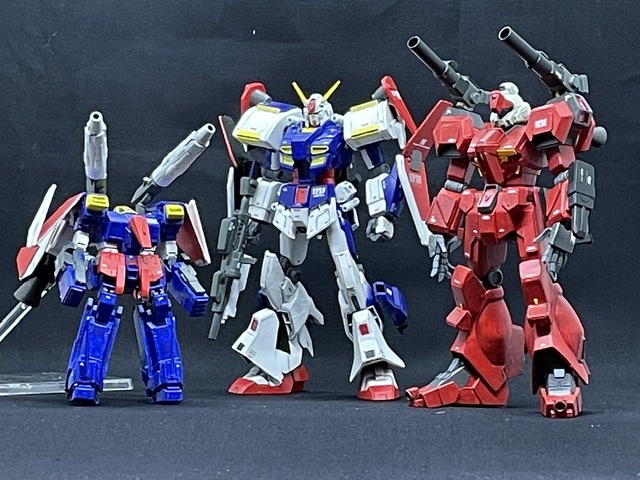 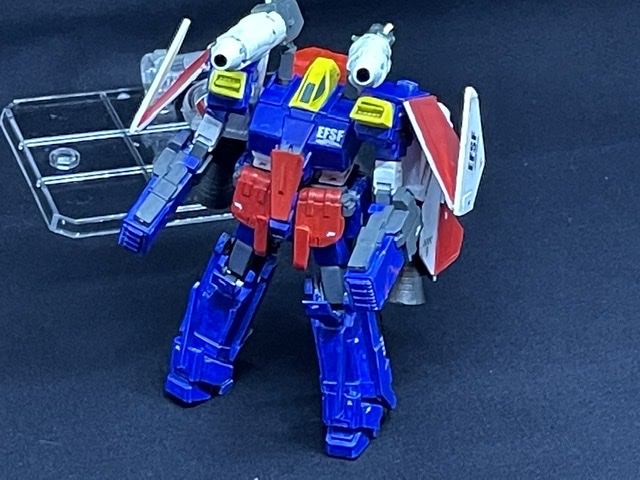 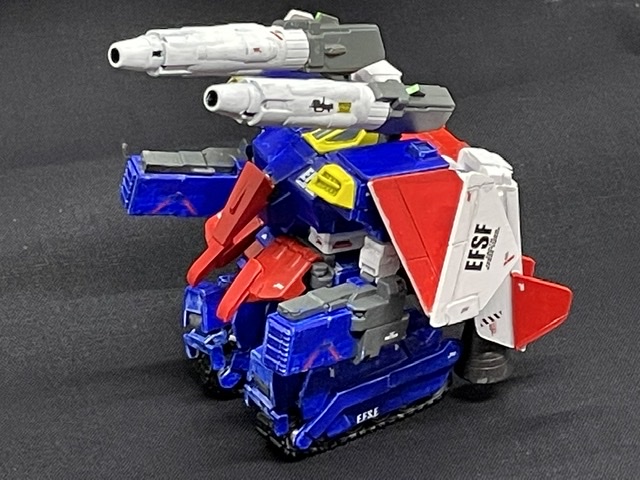 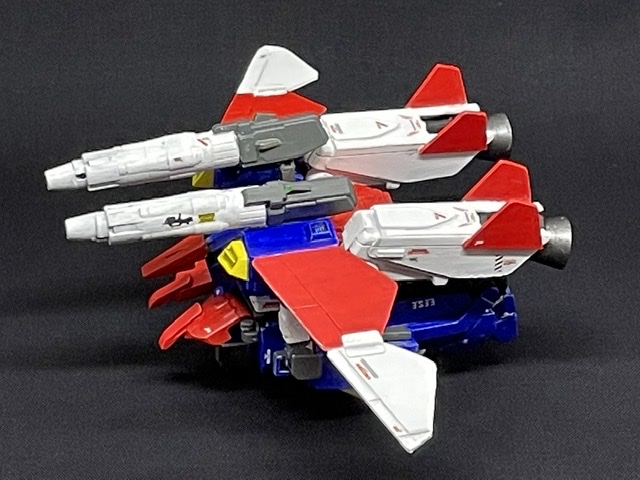 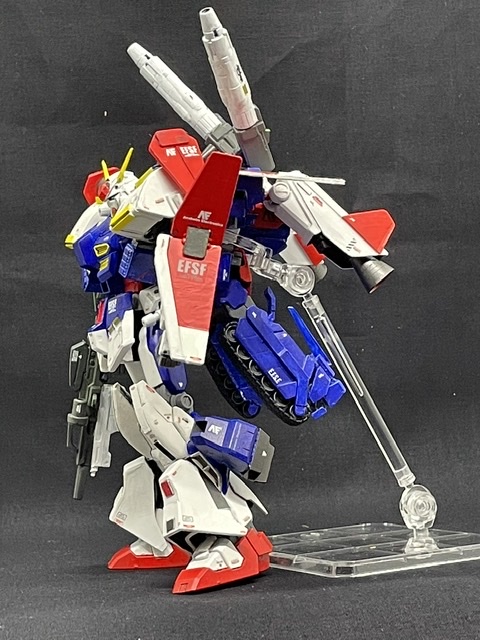 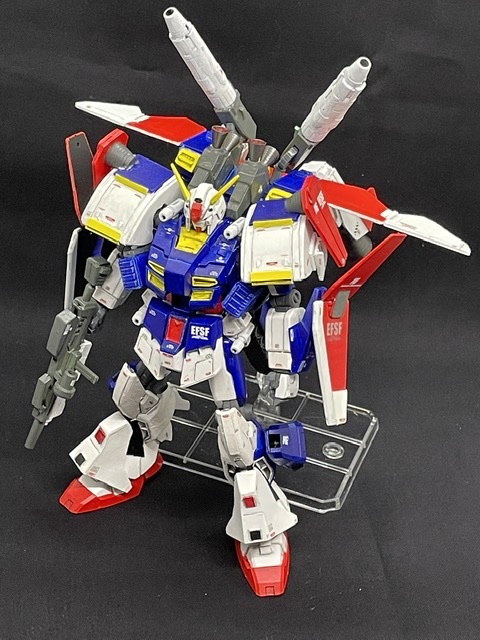 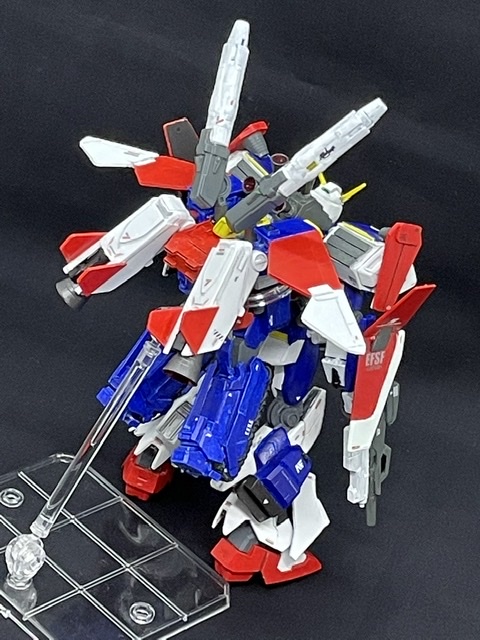 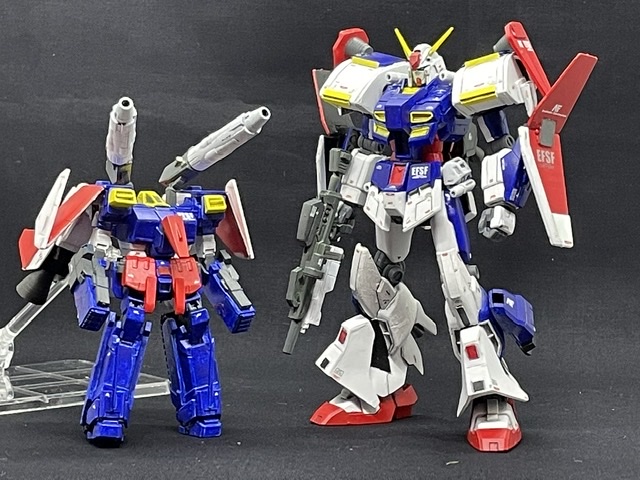