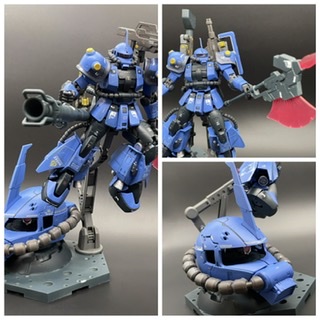 This time, I remodeled the RG High Mobility Type Zaku II Gabby Hazard’s
The color was decided as a personal color that combines cobalt blue with wind blue. Navy blue is accented with dark navy blue by adding black to the one created at the time of the strike. The metallic part is painted with a Gundam marker
The surface is inked, weathered, and matte. Dirt did not appear much because the whole was bright blue
The weathering is Tamiya’s weathering master, and the inking is the wiping finish of the Gundam marker’s water-based brush
Equipped with a beam limited to Gundam Base
The machine gun uses only the magazine and mixes with the anniversary weapon and the barrel of the Gatling
Equipped with a shield arm on the backpack !! You can also deploy it and put it forward
The machine gun can also be connected to a shield arm to make a turret with a guard
The launcher comes with the backpack and can be used by hand
I attached the gacha’s Zaku head to the standﾉ
I tried to make it feel like a head stand
I wanted to try my own decal this time, but the only thing that can be used with inkjet in the store is a sticker, so I also used it as an experiment
After all there is only a sticker and it is thick
It is the best to cut it according to the parts
This time I made it because I wanted to experiment with using my own decals and make my own Zaku, but I feel that I was able to make it more stylish than usual
The painting was finished before the rainy season, but the finish waited for two weeks 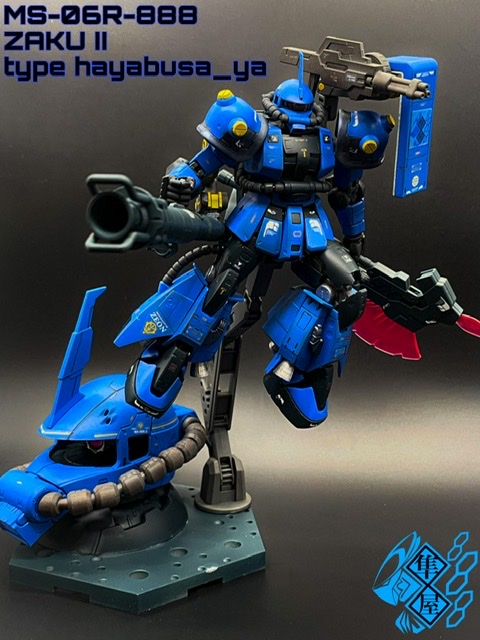 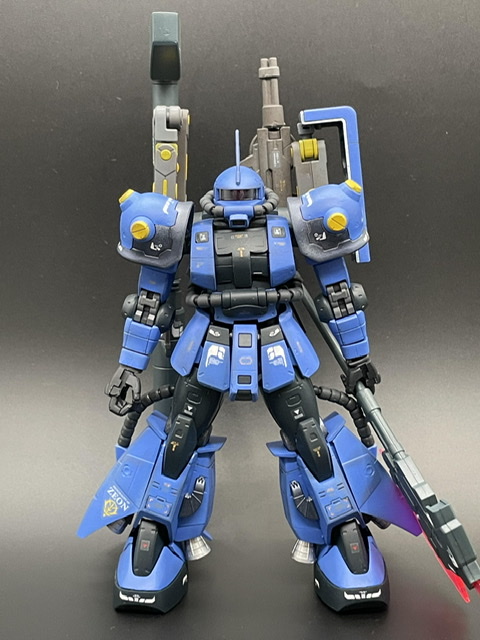 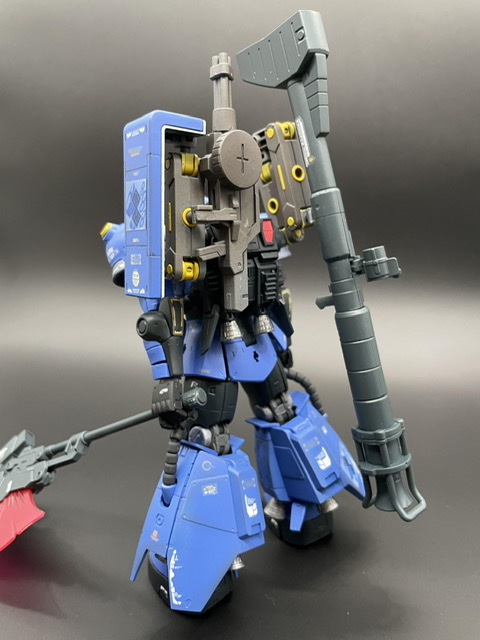 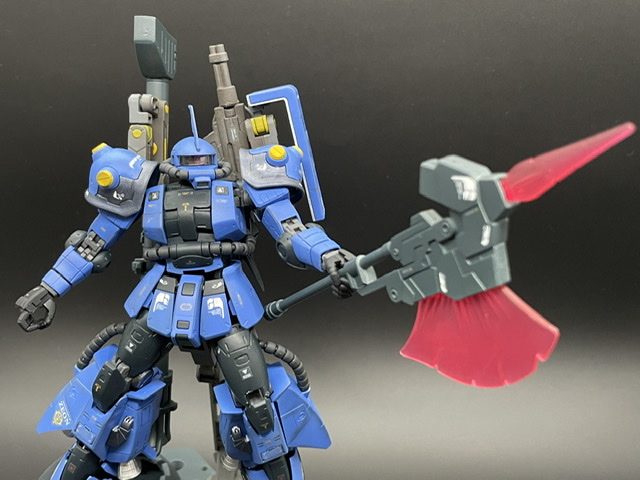 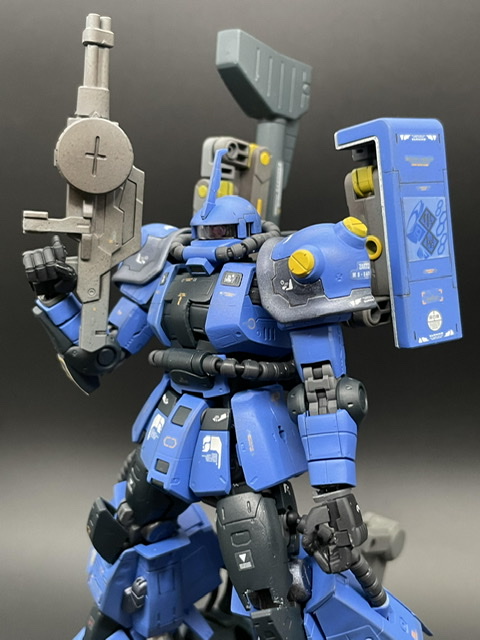 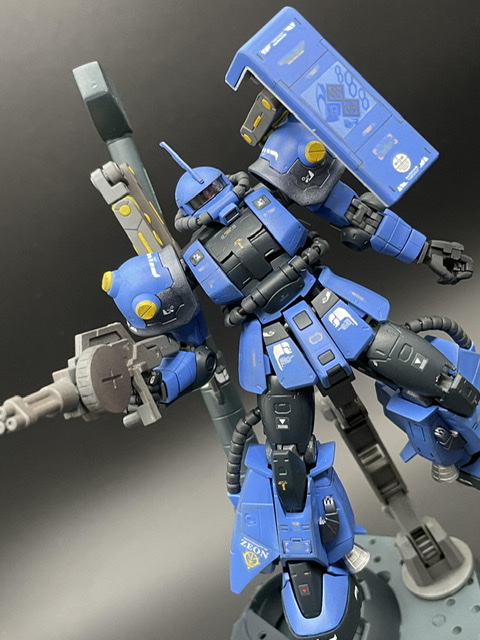 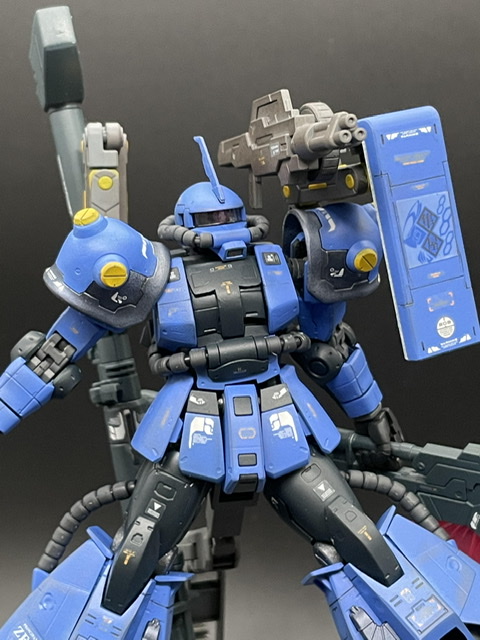 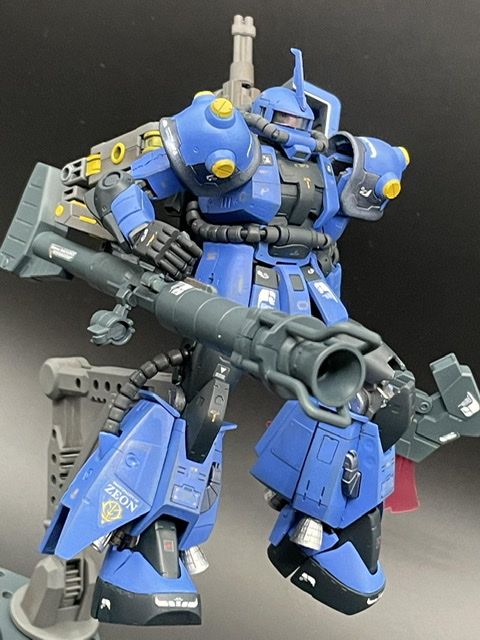 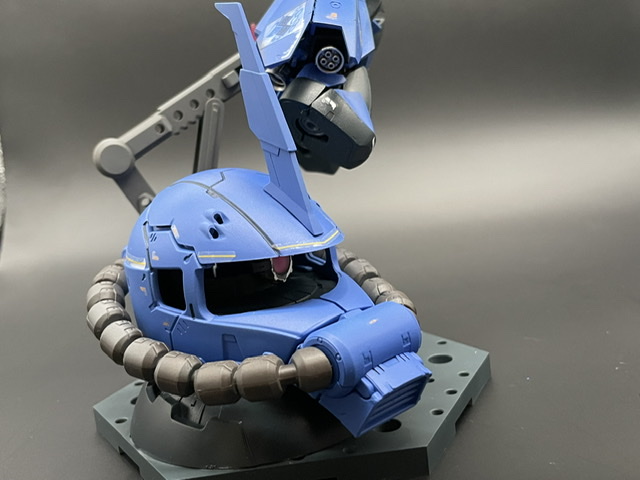 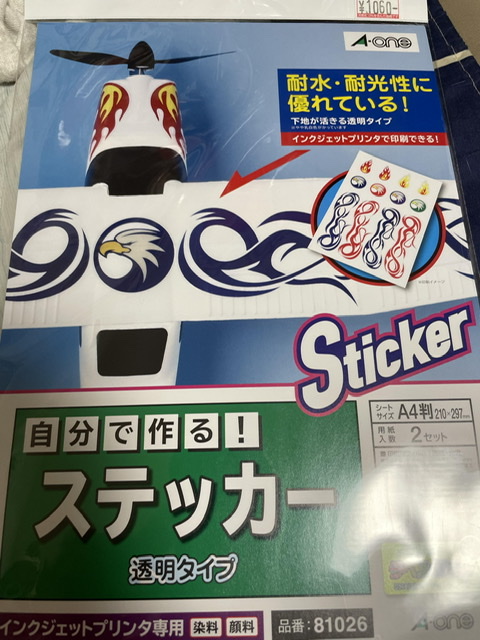 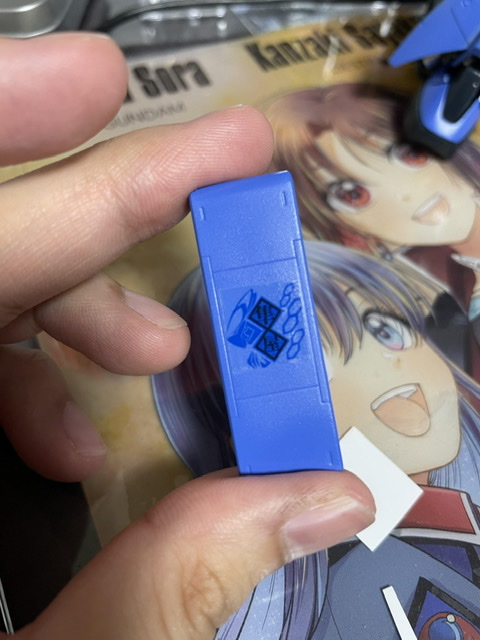 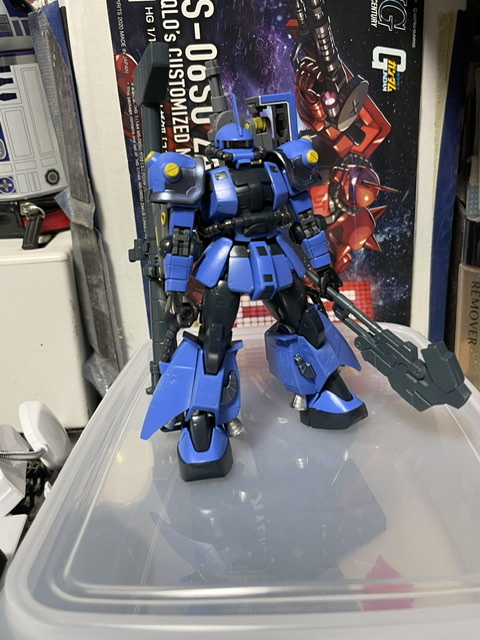 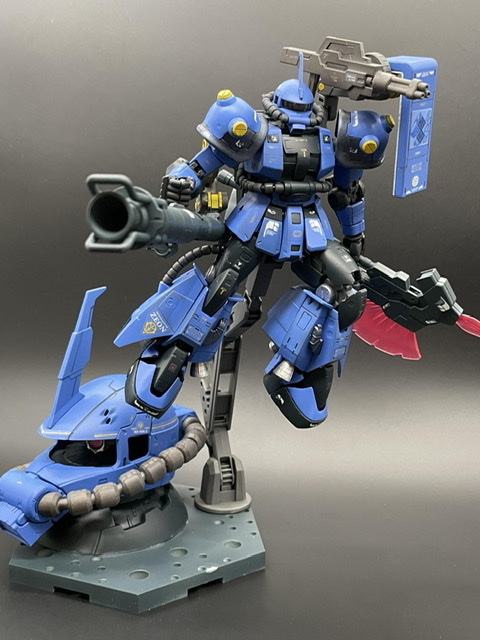