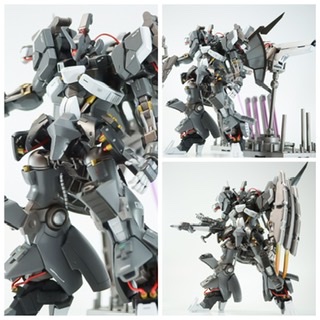 Blade shield with built-in heat saber
It was used by Atlas during the One Year War, and was it improved around Z? It’s okay to have a version, I tried to have it
I think it looks good on iron-blooded feeling

Arm moves and launch position
Below are four spare energy tanks, each of which is an image of supplying energy to the barrel with a cable.
I made a mistake in the order of writing, but armed as a bonus
Knee beam saber when assembled

The following production photos
It will be a form that I thought that it would be nice to combine Dijeh with the shadow, including the Zeon design.
As I was doing various things, my favorite iron-blood flavor became stronger.
This time, in addition to what I can do now, my theme was to be able to easily improve the details mainly using 100-yen materials.
The details of each part are made of 100-yen beads, blocks, wires, studs, etc.
The ring-shaped part attached to the arm is actually a ring that holds the lid of 100-yen adhesive.
Sensor-like things in various places are concave mold made with a heated flat-blade screwdriver, rappy tape & resin
The energy tank of the launcher launch pad is also a 100-yen straw, the cable is an earphone, etc.
It was a good study that the details that are not good when viewed alone can be seen as it is by counting.
The main kits used are Dijeh, Rouei, and Silver Bullet Suppressor.
I used as many Dijeh parts as I could because I care about regulation and so on, and the only parts left are the upper body, rear skirt, and shoulders.
The launcher was fun because Raphael’s backpack and Bullet legs were the main materials, and I had never made a launcher.
It’s been a while ago, but I’m using 30MM parts in small parts, it’s really easy to use and it’s helpful.
That’s why it was Dijeh Iron Blood Custom
Actually, I didn’t know much about Dije (I only watch the movie version of Z), and I was worried about how to play with it, but when I started playing with it, I was relieved that it went smoothly.
Thank you for watching until the end 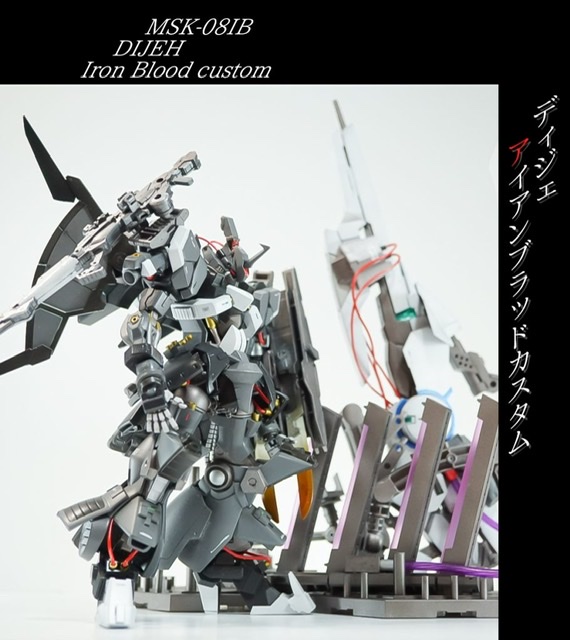 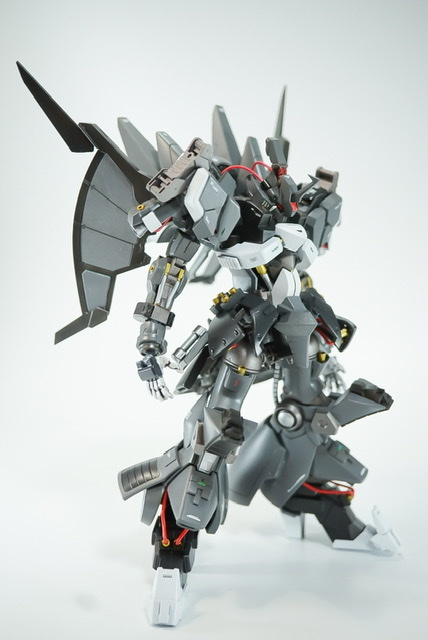 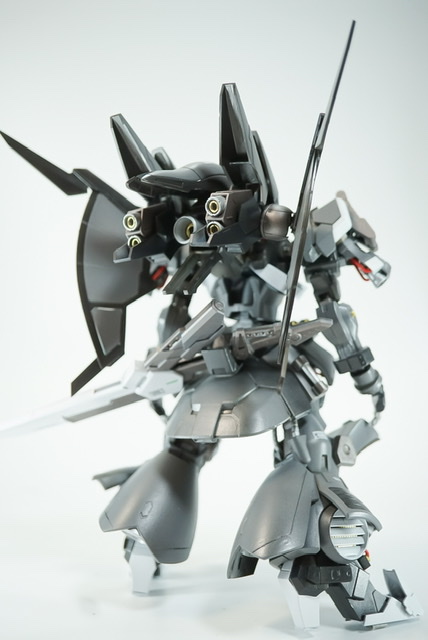 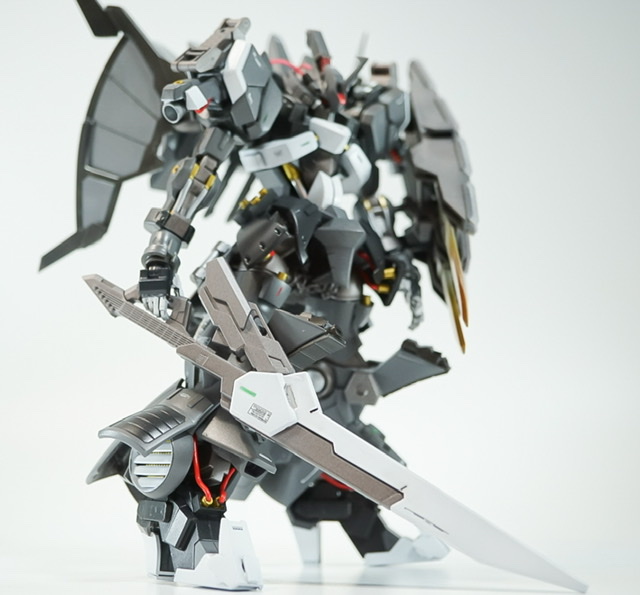 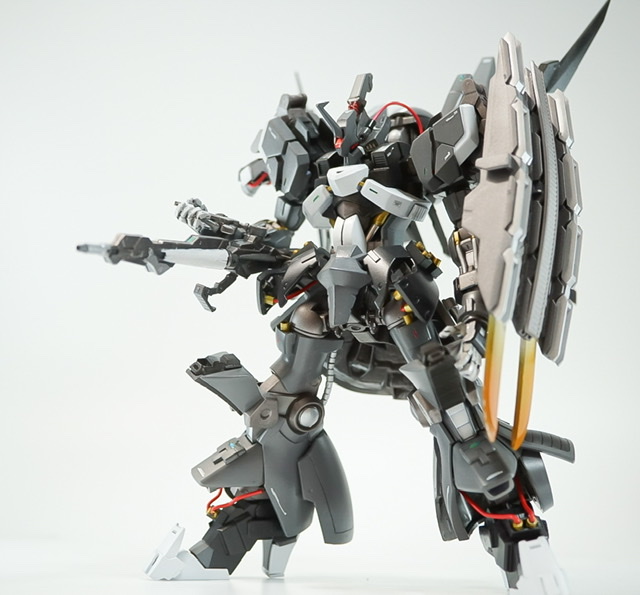 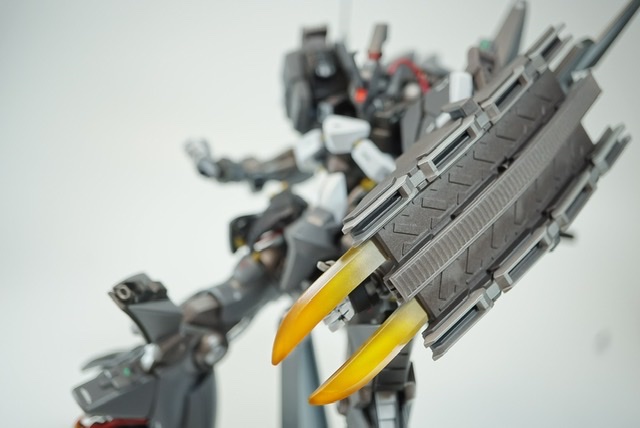 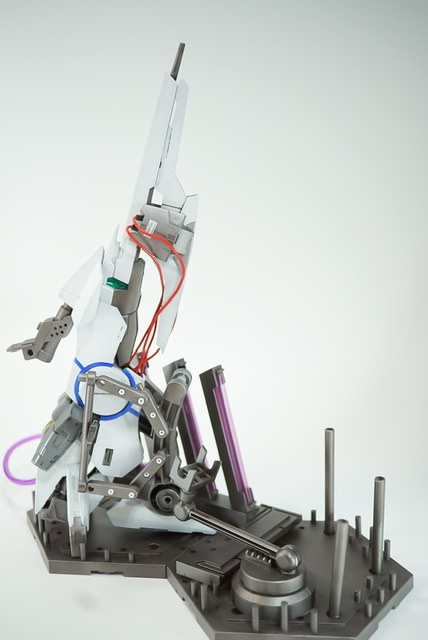 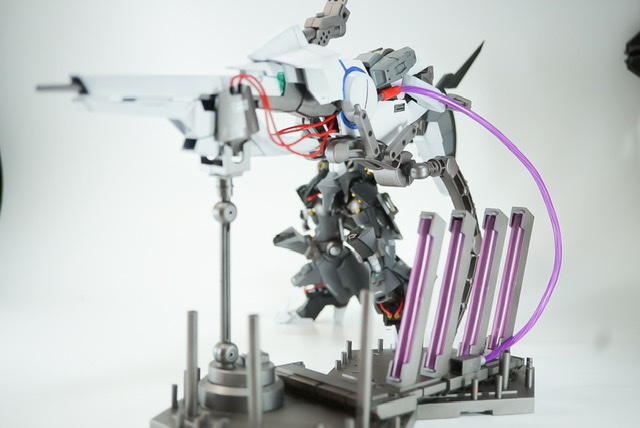 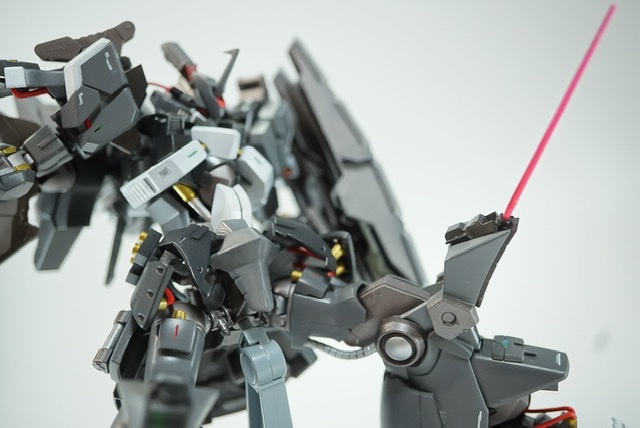 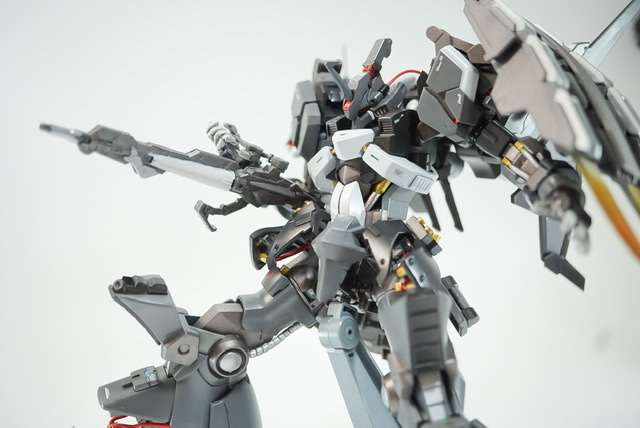 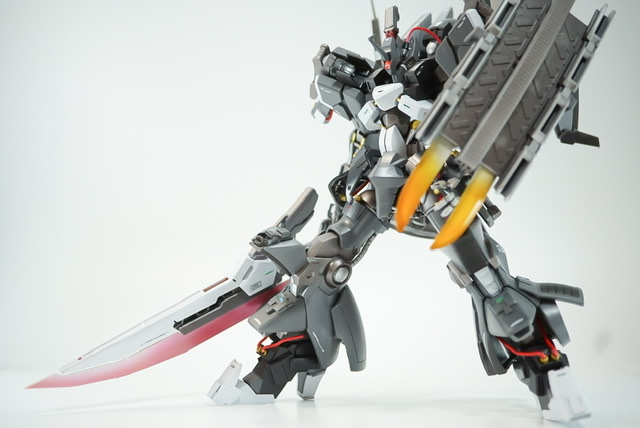 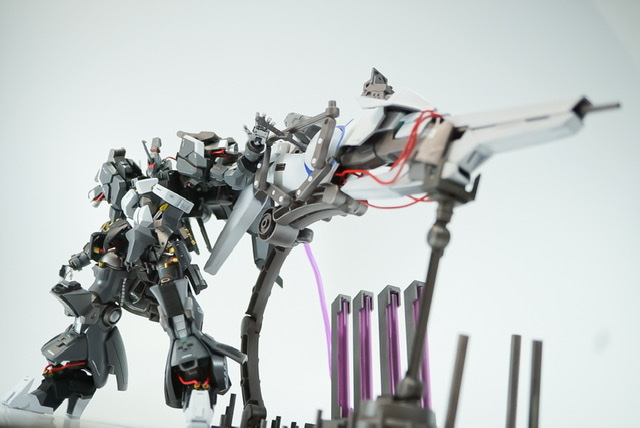 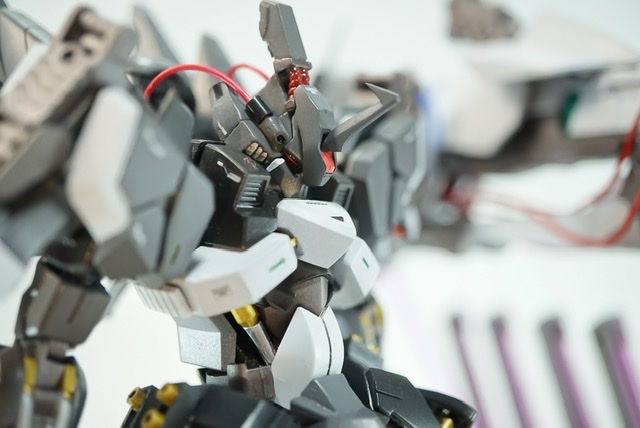 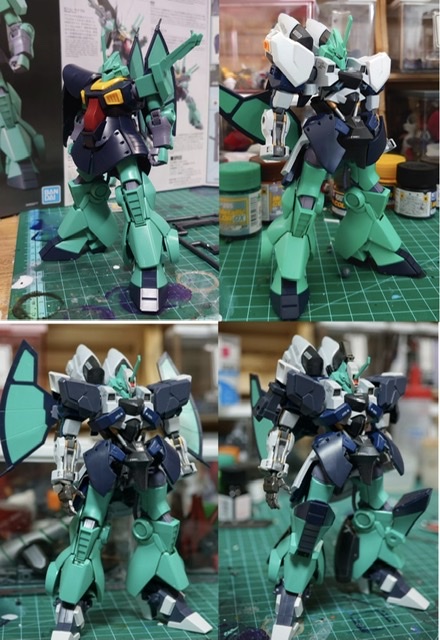 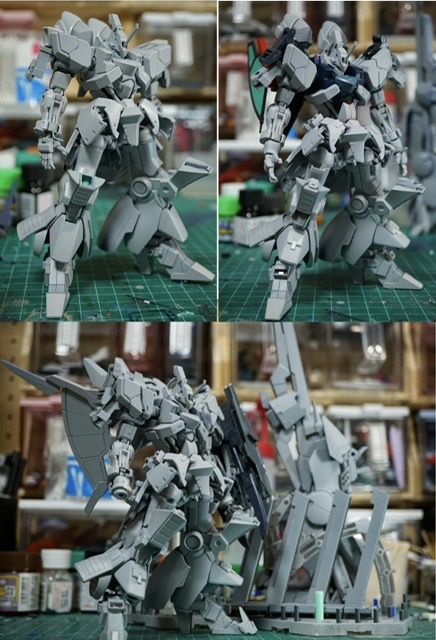 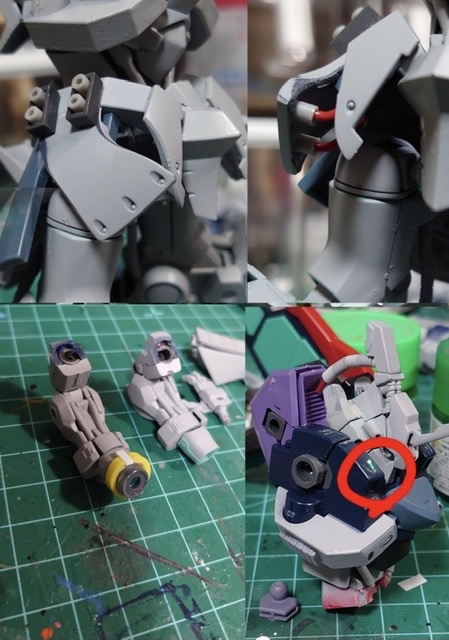 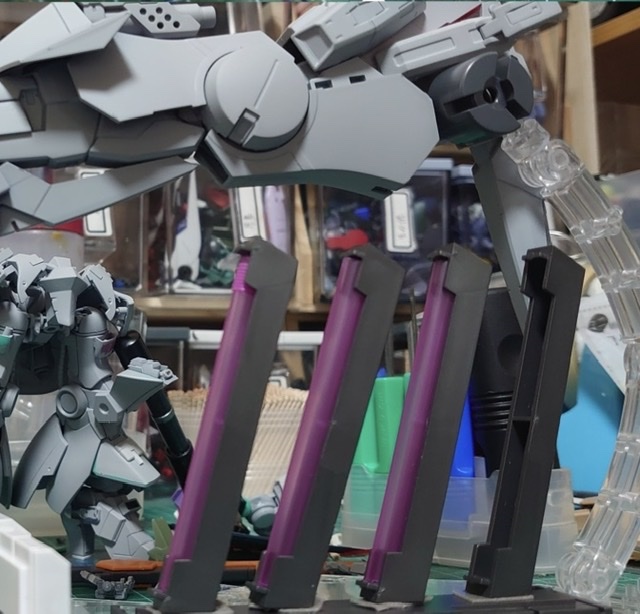 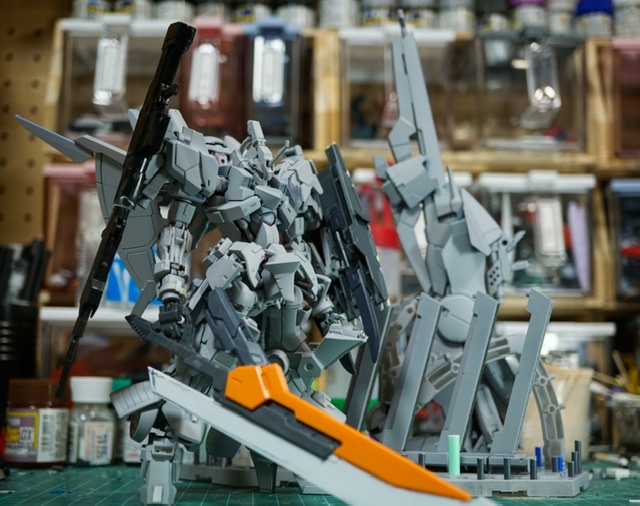 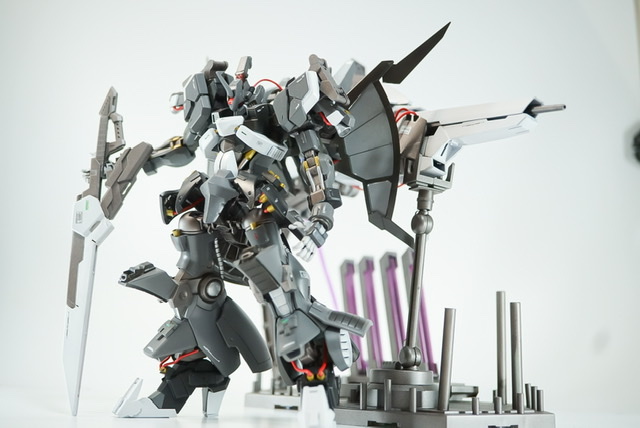