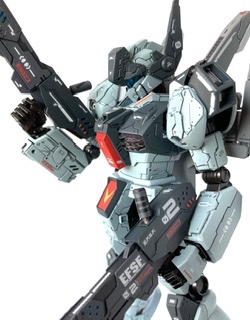 I tried to change the shape of MG Jegan with plastic board, streak carving, detail up parts, and increase the amount of information. The two hand guns, which is the origin of the name Double Bullet, were scratched from the beginning with a plastic plate and a plastic stick.

It is a frontal stand.
I tried again to paint from the black launch that I tried at the time of Zaku Warrior. This time I started with the first Suff Black, but it was still difficult to make gradations with a can spray. I was worried about repainting it cleanly, but I left it as a proof of my challenge

The hand guns mounted on the left and right hips are neodymium magnets.

It’s hard to understand, but I also tried the illuminations for the first time!!

The side armor of the saber rack was processed on the right hand, and the saber box was prepared.

It is a frontal stand with a hand gun.

The shoulder armor slides to reveal the fins, cylinders, and internal armor for a highly maneuverable look. The thruster pipe was cut out and replaced with a mesh pipe of high cue parts.

The pose I wanted to try with a two-chome pistol! I made a hand gun because I wanted Jegan to do this pose!
Although this hand gun is set to adjust the output, it is easy to handle and has excellent power.

And since the beam saber can be issued, it can also be used in close quarters battles! You can even think it’s a shooting weapon!

When fully equipped.
Until now, it was lightly dressed because it was equipped for the purpose of infiltration and suppression by a single machine, but a prototype expansion package for the purpose of area dominance from a long distance with a single machine is attached to the hand gun.
Since it is a pair of weapons, the model numbers are “01” and “02”. It’s easy.
The motif is a weapon that changes depending on the crime coefficient of an anime.
The expansion package is a neodymium magnet connection. I couldn’t wait for “01”, and when I connected it, the paint came off It’s okay because it’s not very noticeable in the photo. I tried to make it a silhouette of HI-ν hyper beam rifle by connecting it.

This time I was making various detours, so there is no sense of unity in the details of each part, but in the end I was able to make a cool Jegan in myself!
It was the first time in a year that I made a beautiful MS full of decals because it was a work of weathering without decals all the time. 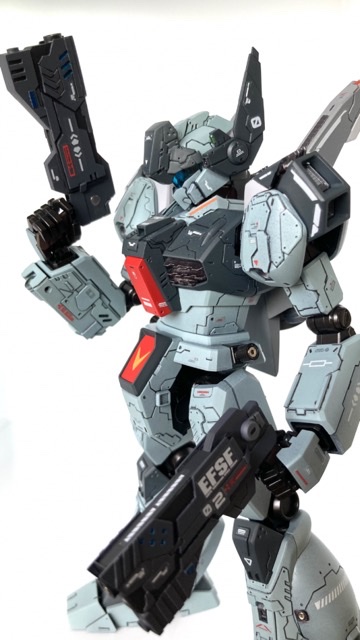 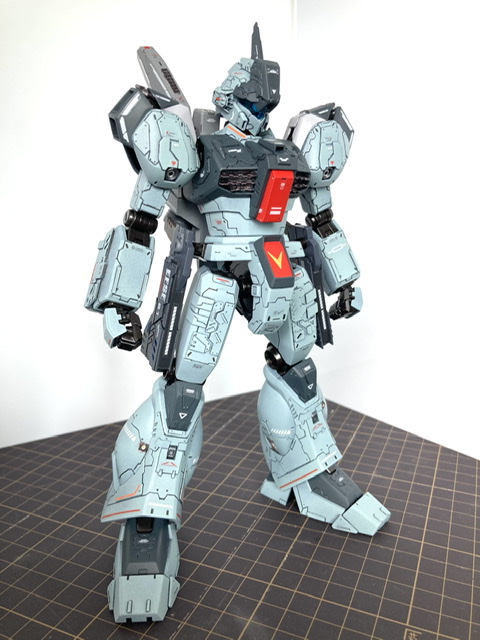 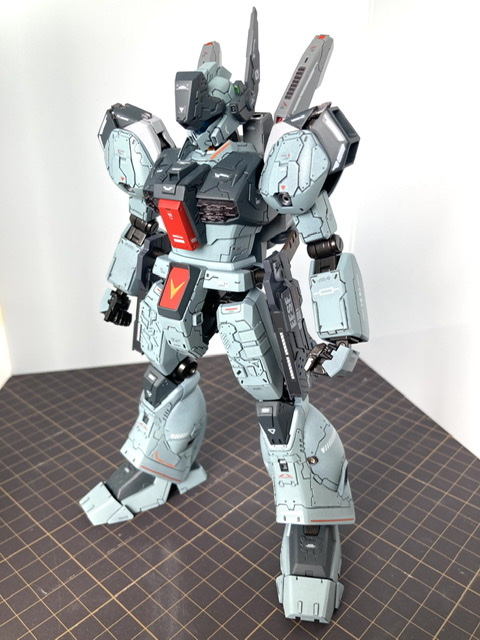 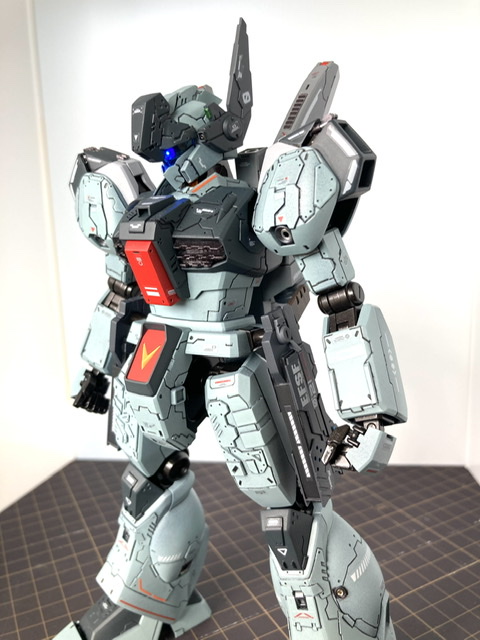 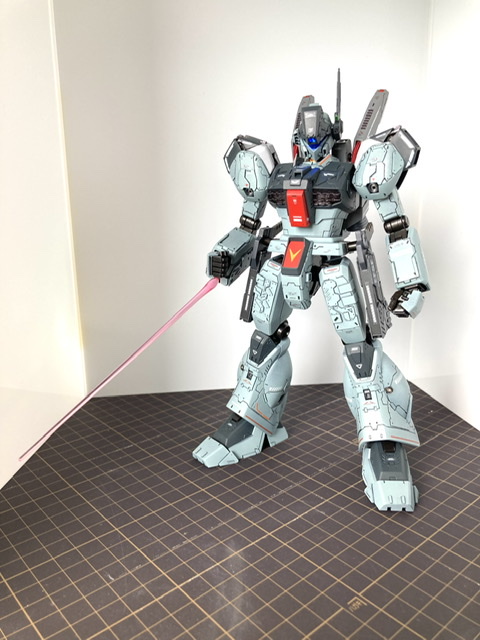 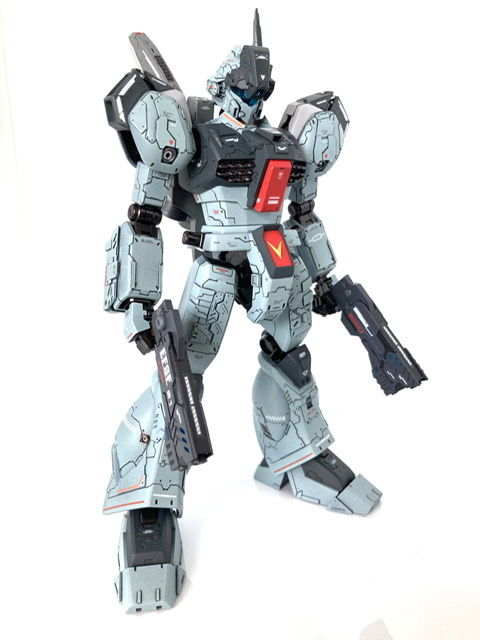 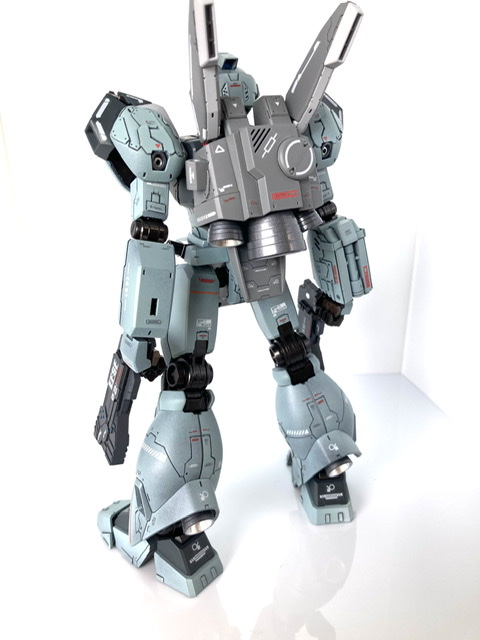 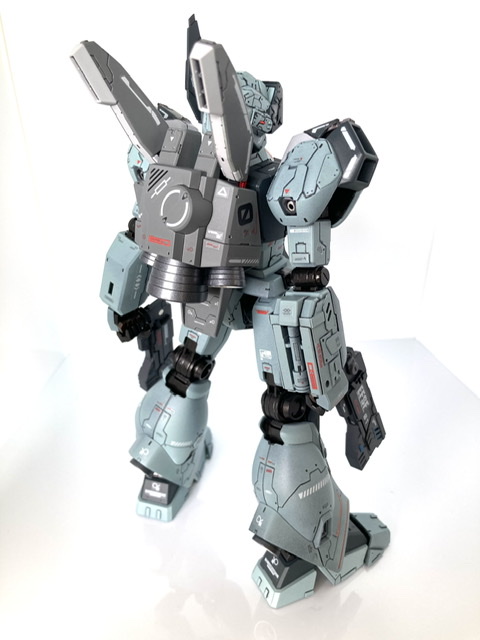 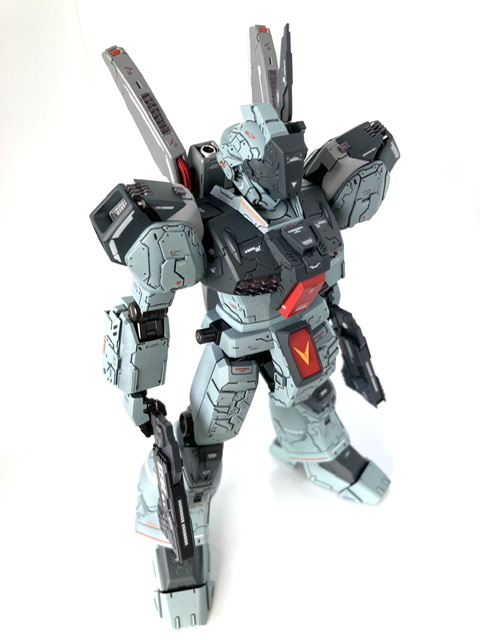 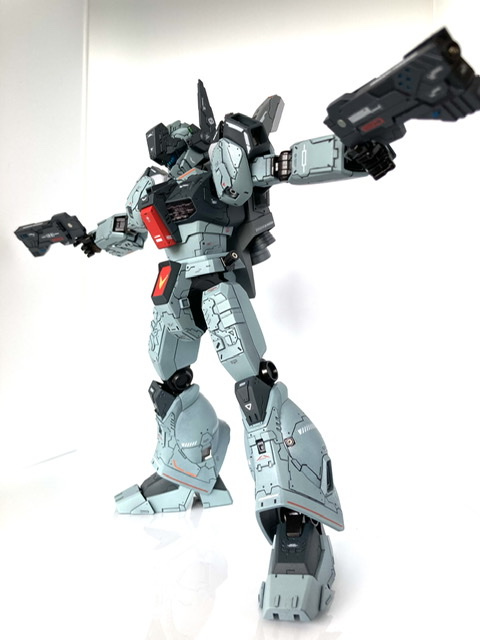 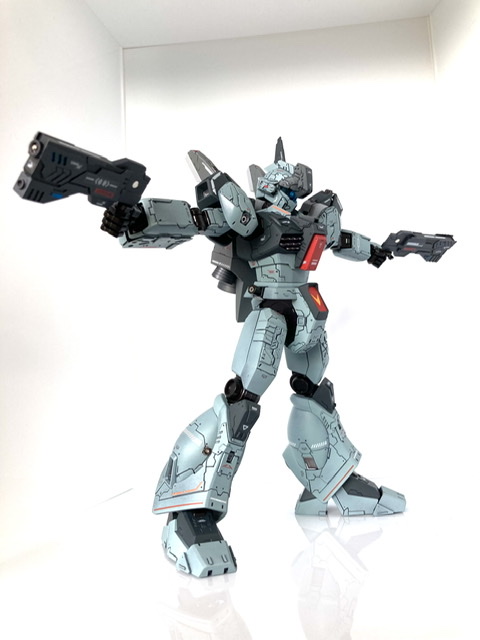 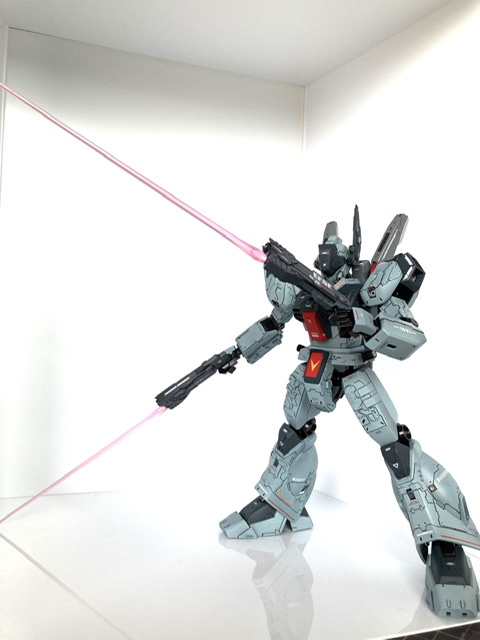 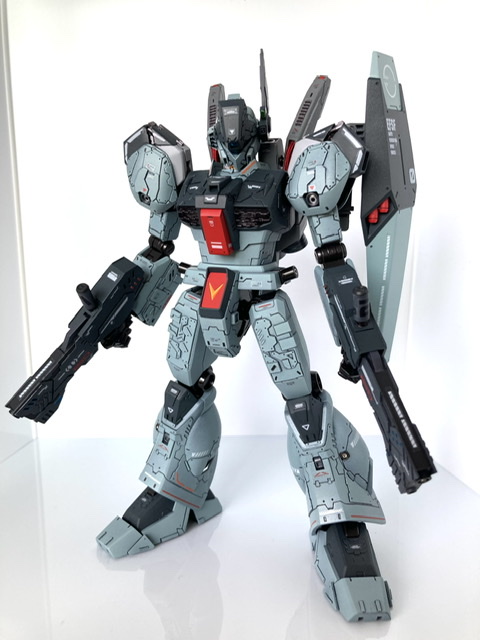 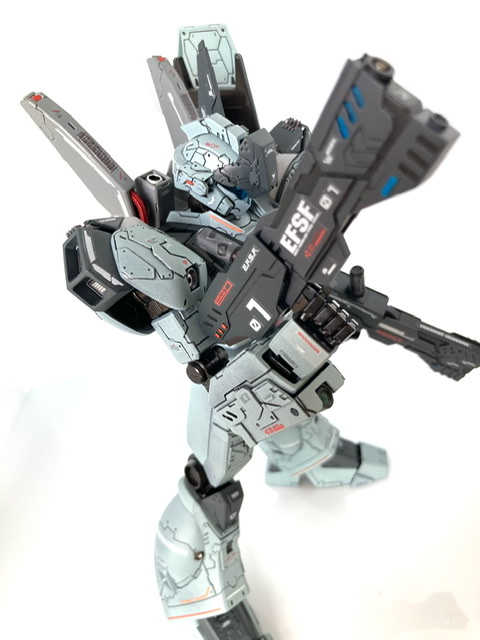 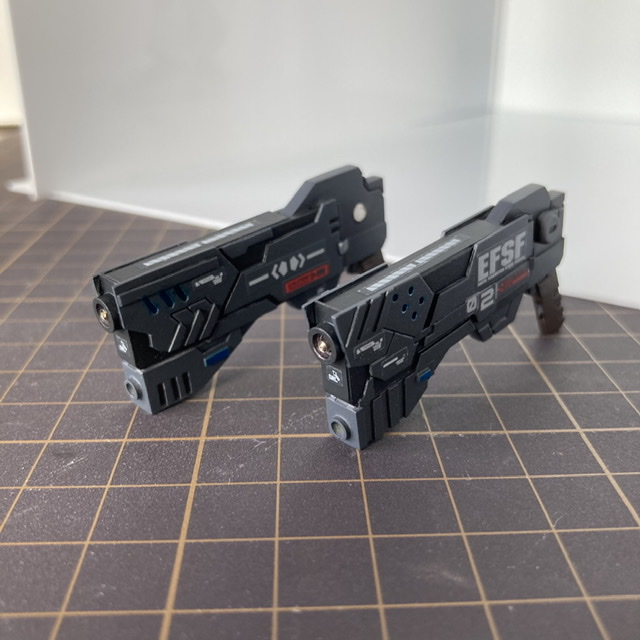 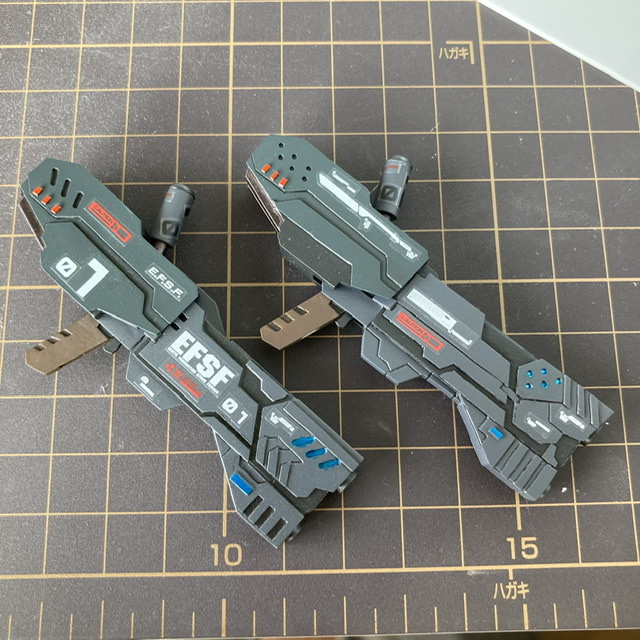 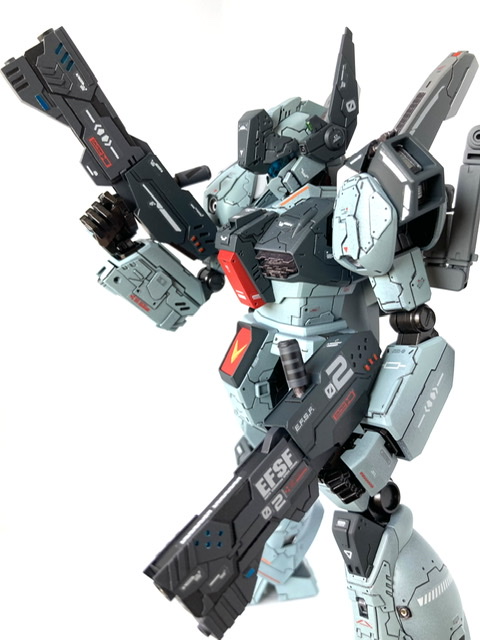