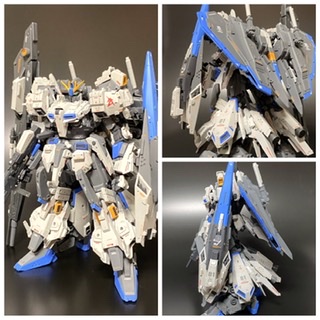 Mixing Build MG 1/100 Zeta Gundam Solid: many images with work in progress too, info and credits

I want a Z Gundam that doesn’t transform.
From the back. Flying armor of the King of Braves
The Minovsky flight system is loaded in the expanded gap, and it is possible to fly in a short time with thrusters in each part to block gravity.
From the left side of the side, the shield enlarges the Z thing, and of course the blue tip is used as a striking weapon.
A mega launcher is suspended on the right shoulder from diagonally behind the right side. Although it is connected by a sub arm, it is not possible to shoot as it is.

Head chest circumference up Actually, the frame is not Z Gundam, but because it was built using Z-type spare parts, the Z Gundam design remains large around the chest.

From below the knee and from the rear right, it is composed of Z-type spare parts collected in the prototype frame of the next-generation mass-produced machine.
Since it is a dedicated Amuro machine, it has a unicorn mark.

From here, as usual, the evolution process

It has gradually become Z Gundam

It’s about before detailing and painting. 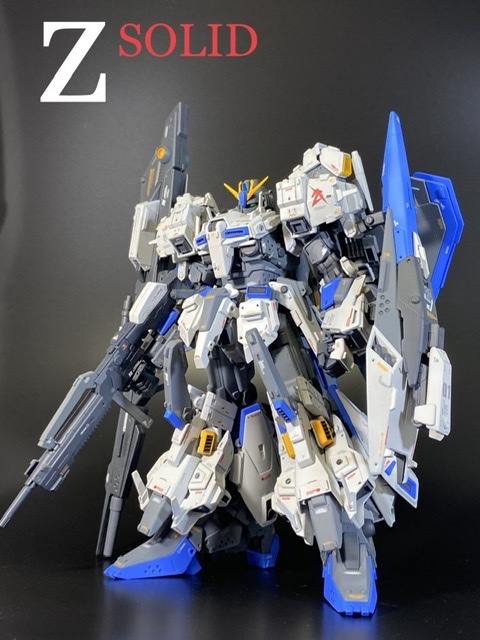 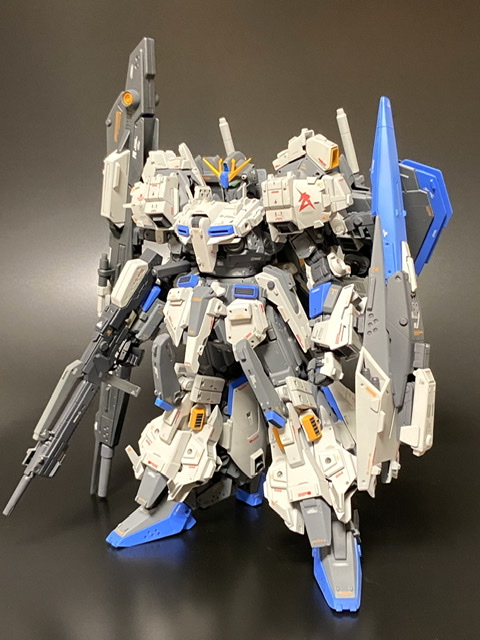 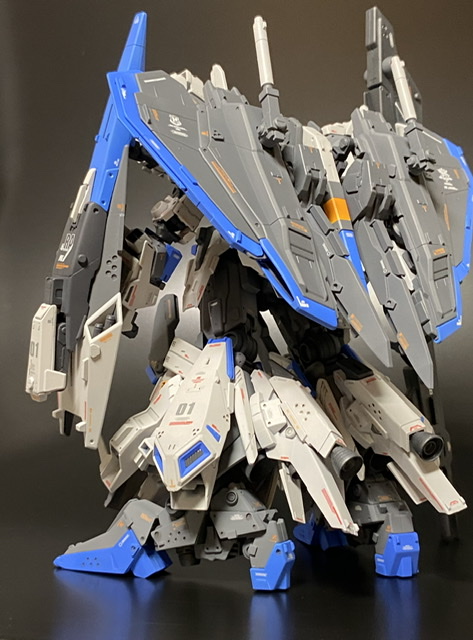 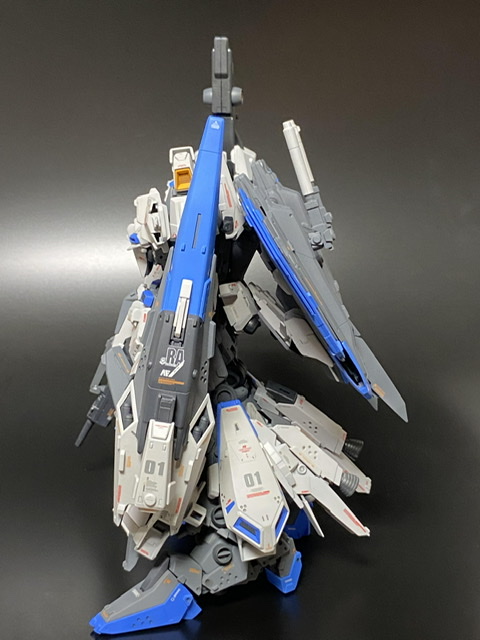 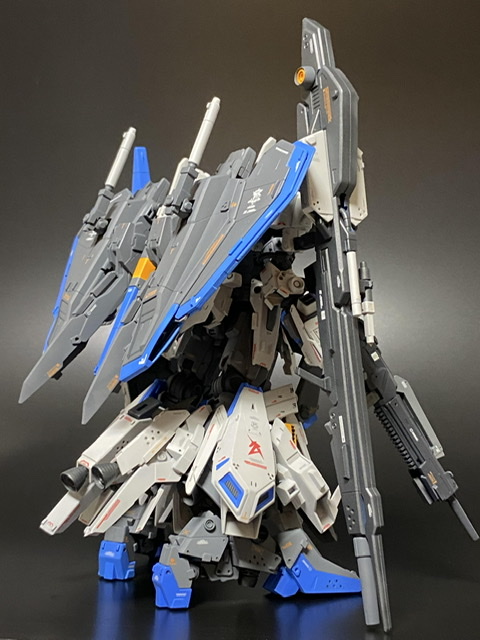 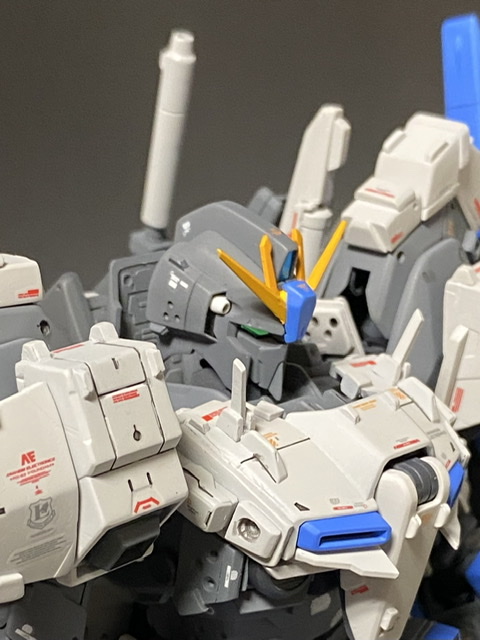 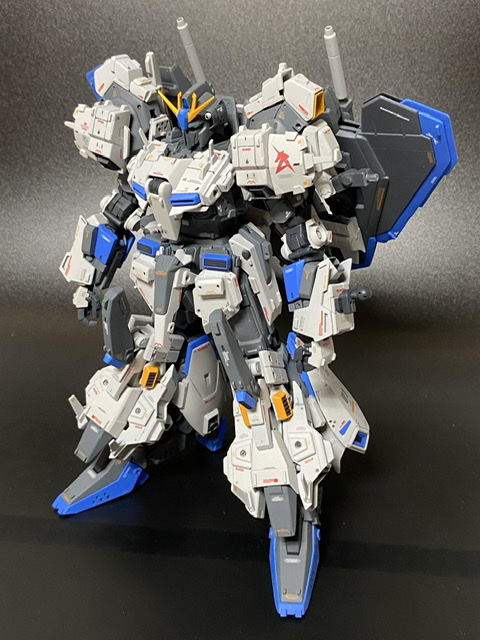 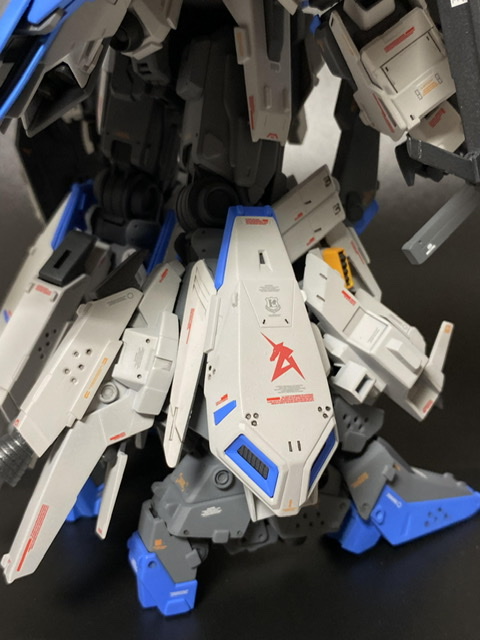 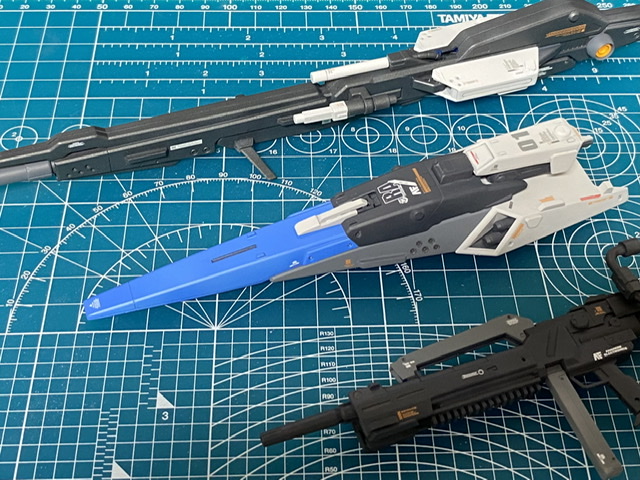 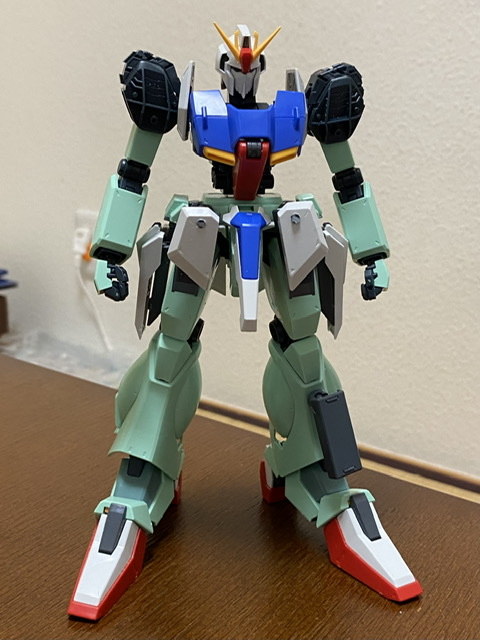 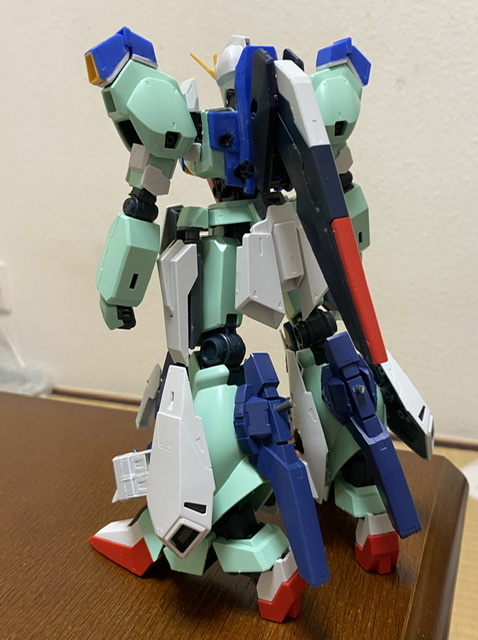 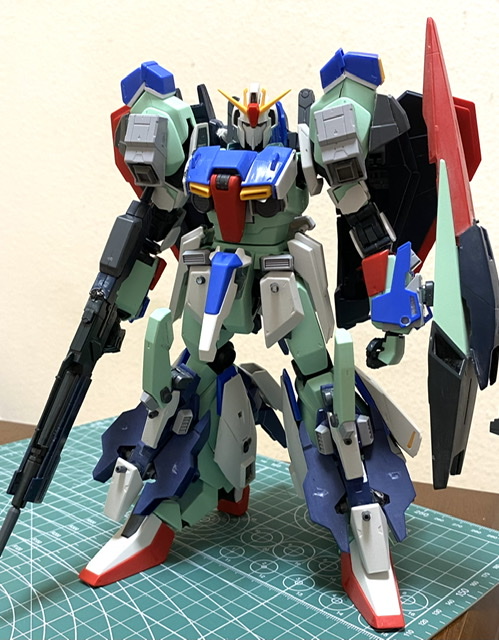 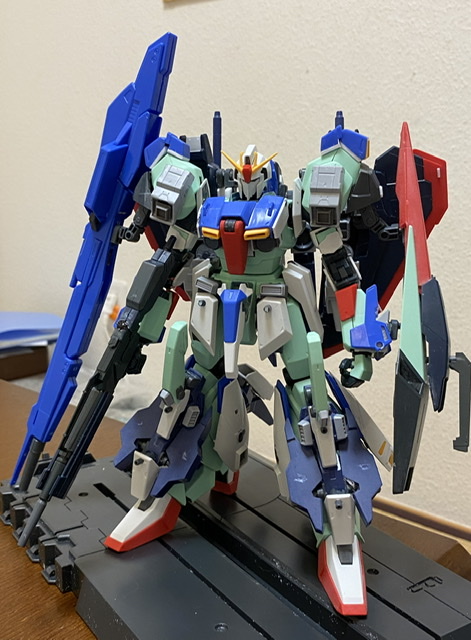 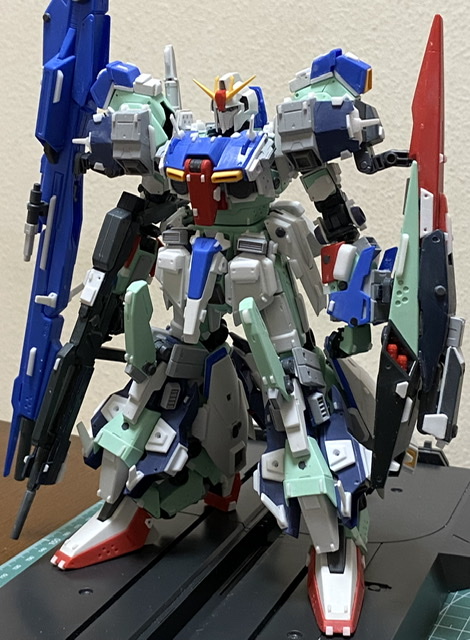 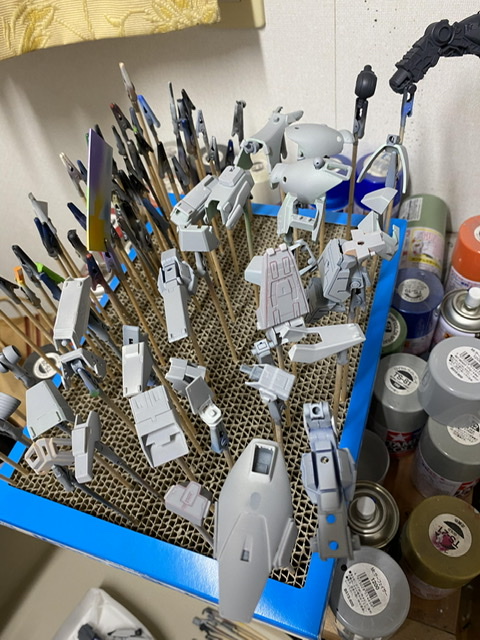 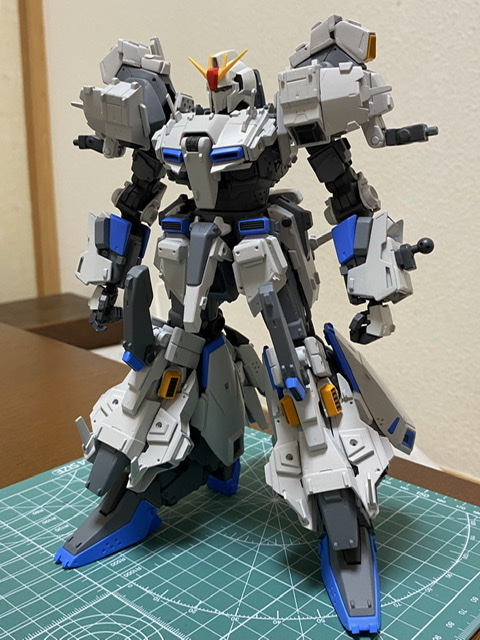 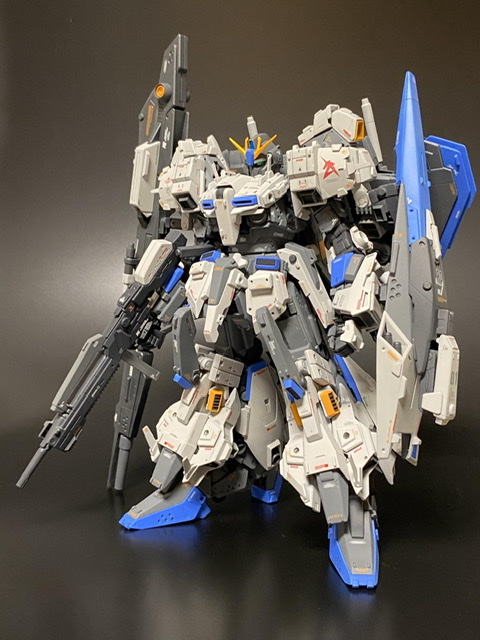