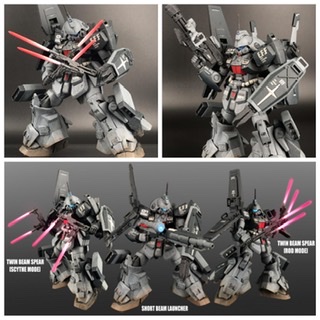 I remodeled MG Marasai and made Domingo MS belonging to EFF, made by Karaba!
It is a setting called MS manufactured in Karabs based on Marasai captured like Dije manufactured based on Rick Diaz during the Grips battle!
I belong to EFF because it was set up until the time when EUG and Karabs began to be absorbed by the Federation.
The name of Domingo is the same as the default name of Marasai.
The thumbnail backpack is a weapon container version, which was originally a modification of that, but I also wanted to set a normal backpack, so I also made a normal version backpack that was a modification of the Marasai backpack.
A short beam launcher and a twin beam spear are built in the weapon container. Twin Beam Spear was conscious of G-Line Full Custom
I put a short beam launcher and a twin beam spear firmly like this
The short beam launcher is divided into two parts and can be assembled by sticking them together with the built-in neodymium magnet.
At first, I thought it would be okay to have nothing inside the container, but after all I wanted to set it properly, so I made a major remodeling.

For the face, I used Marasai’s mono eye guard to make it a GM visor type.
As a whole remodeling, I am remodeling with parts of Ez8, Hi-Zac, and ground battle type Gundam.
The shield is a modified version of HG GM III Beam Master with spikes.
The short giant gatling is a shortened barrel made by matching the Ez8 machine gun with the one of Gundam Unit 5.

The short beam launcher is a split-assembled weapon with a short barrel and a built-in neodymium magnet. As you can see from a closer look, that’s why there is a split seam in the middle of the barrel.

Twin Beam Spear has a system weapon kit with a shorter handle and a shorter beam.

Before painting, it is in the upper left state. I painted it in this state, but I wanted to set the contents of the normal backpack and weapon container on the way, so the other pictures are only partially painted. 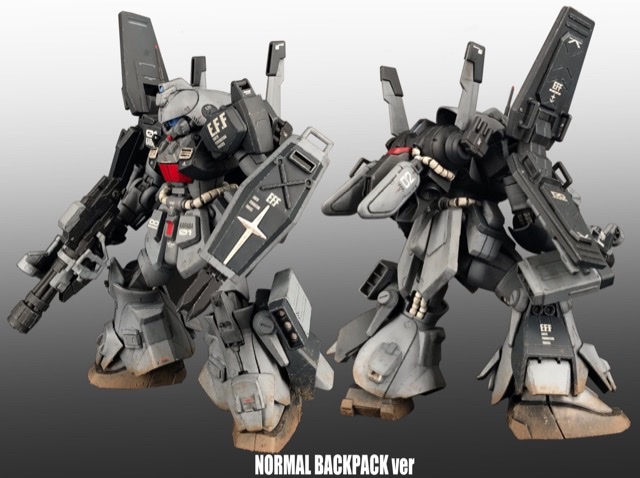 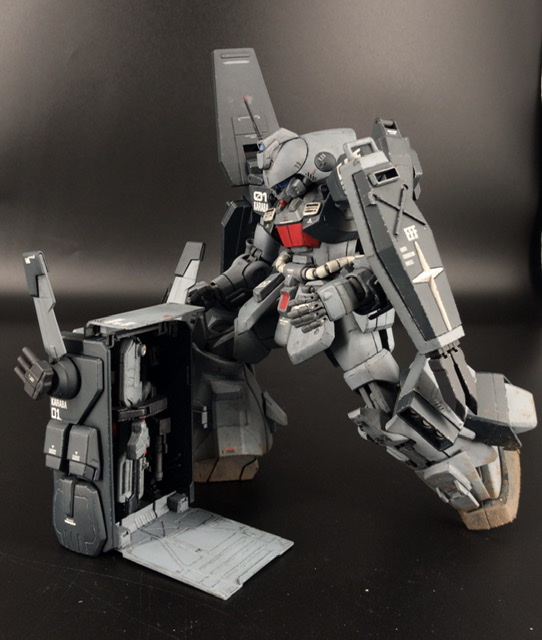 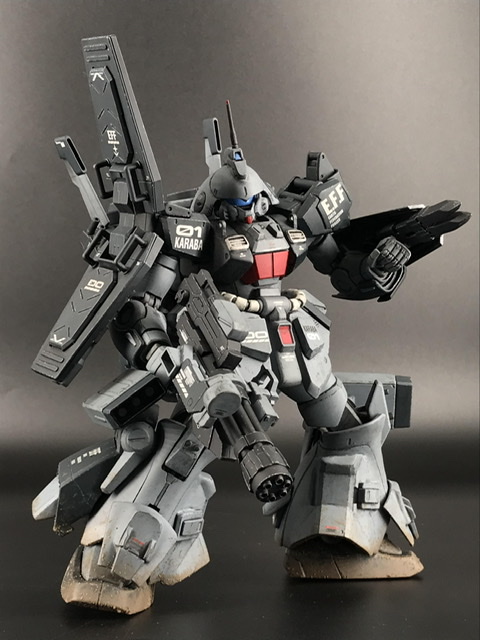 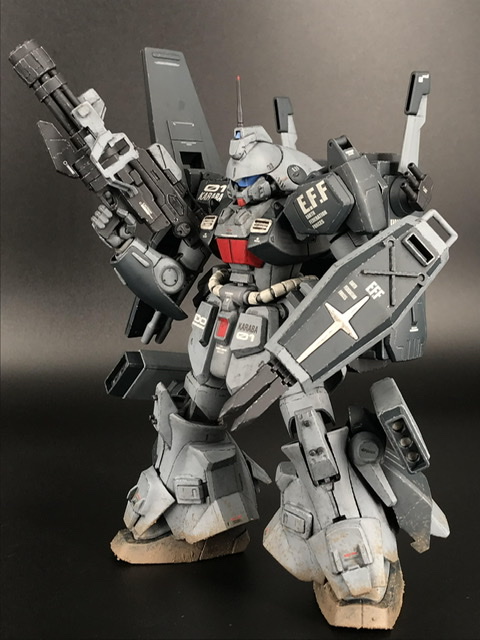 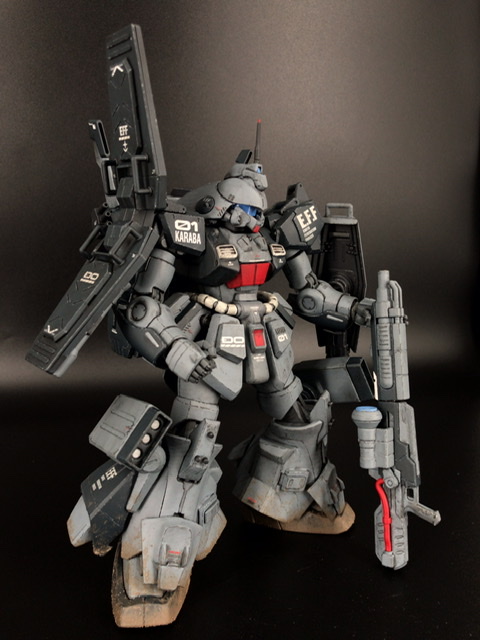 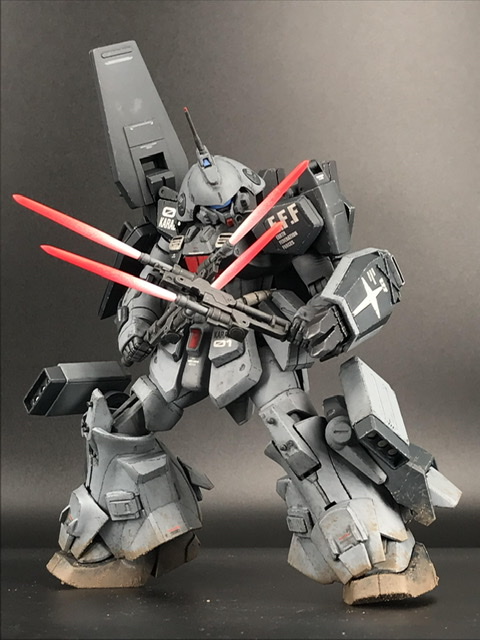 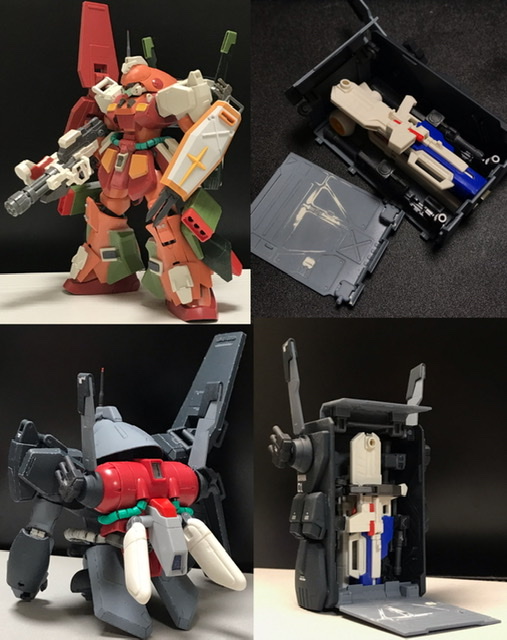 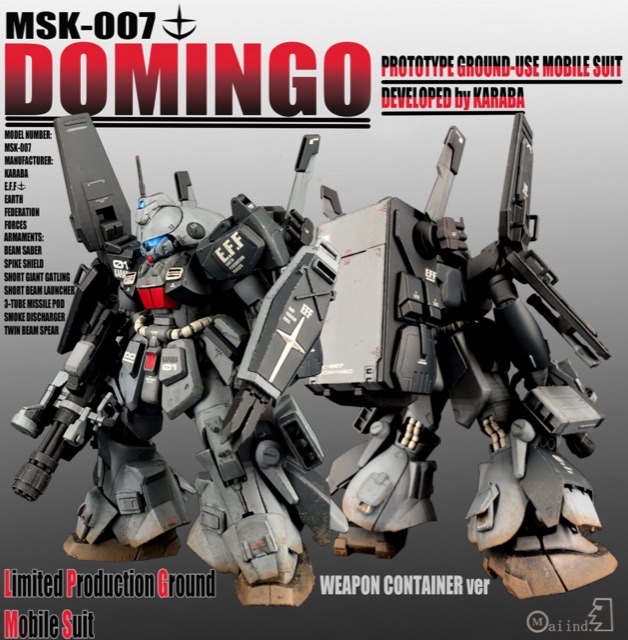