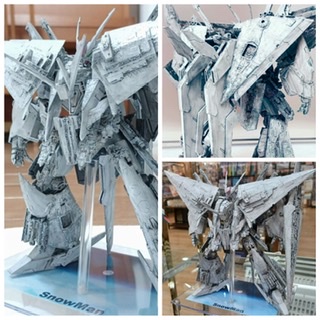 10万分の1 SNOWMAN クスィーガンダム
It is a Gundam that falls to the earth in the final strategy “Gundam Drop” of the last muffy of the movie version trilogy with a total length of 25 km. It is a huge structure that started accelerating from L3, but when it became clear that the exterior was made entirely of ice, it made a big laugh, “Is the hey muffy going to hit the earth with snowballs?” However, because it is gradually accelerating and the surface is emitting rainbow colors, if a colony-sized object collides with the earth without melting in the atmosphere. .. .. Any attack on the 25km of glowing ice is meaningless. Hathaway Are you there? If you can hear it, reply. .. 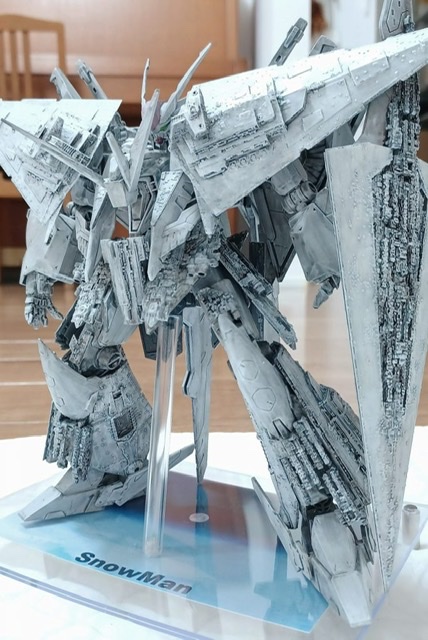 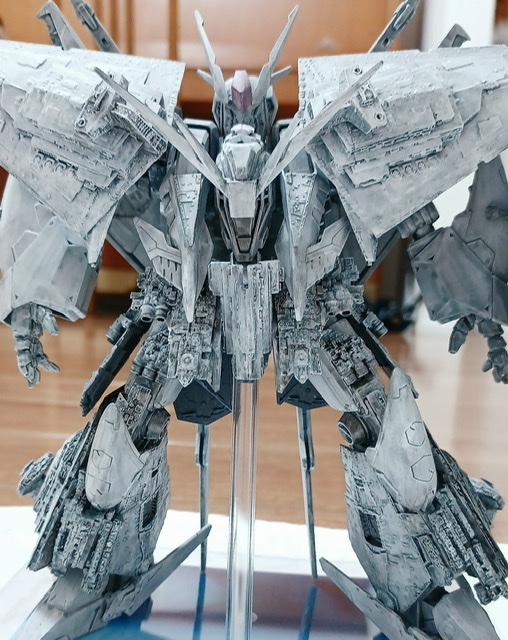 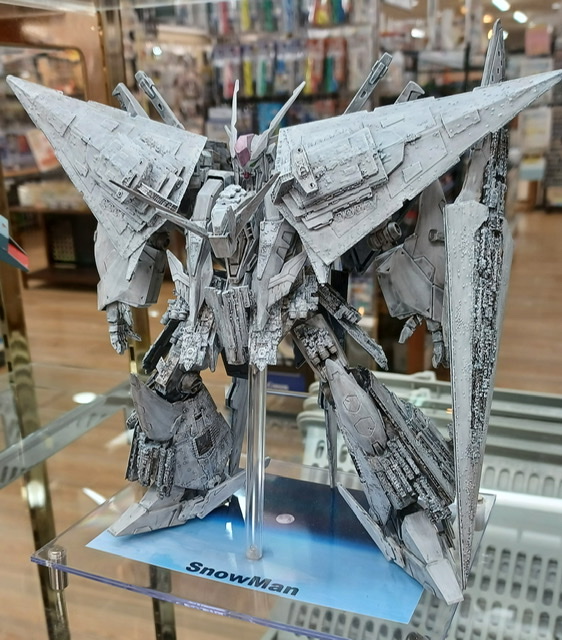 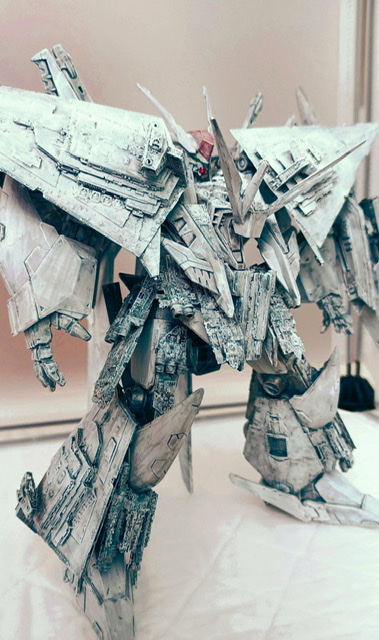 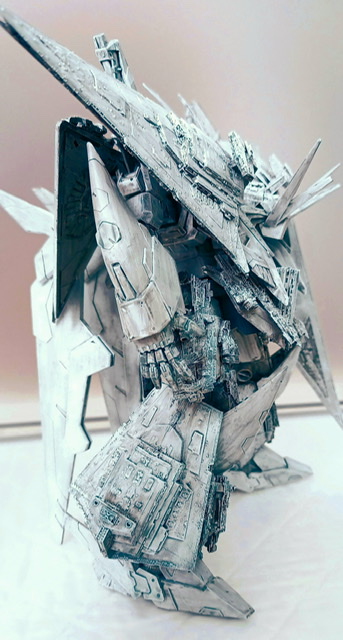 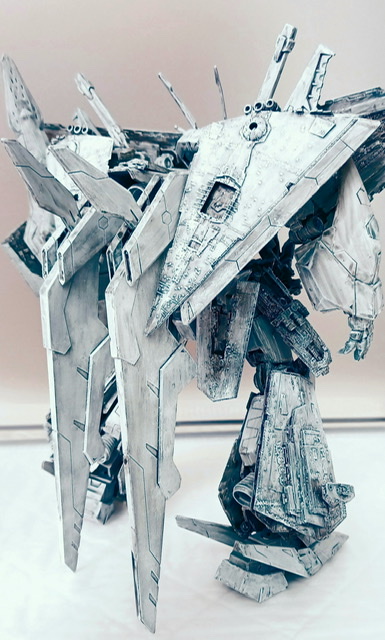 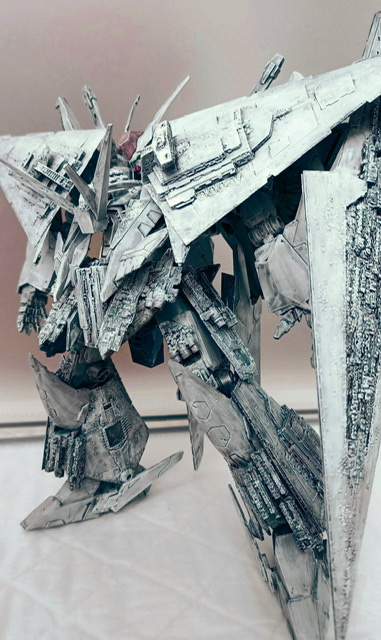