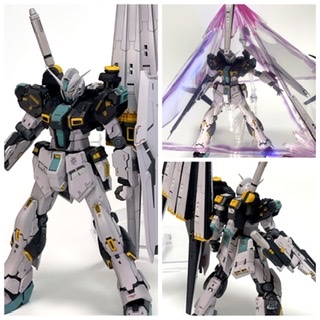 RG ν Gundam + resin parts are partially replaced.
The body of RG Nu Gundam is wonderful, which is very helpful.
The number of attitude control apogee motors is larger than that of the prototype ν Gundam, and the beam spray gun unit is on the right arm.
The backpack has two beam cannons that also serve as large beam sabers, so it’s a mass-produced machine, but it’s a luxurious specification.

Bust enhancement. The brilliance of the main camera and twin eyes is nice (foil sticker + fluorescent paint + low visibility frequency black light)
It is a secret that the black and white of the side armor is reversed by mistake

Incom equipment back. The incom unit does not close the opening and closing in case you want to reproduce the wired deployment state (this time I did not make it …)

Since the beam rifle can be mounted on the waist, it can be equipped at the same time as the bazooka.

Hyper beam saber.
(Although it is not written as hyper in the spec table, it is drawn thick like this in the master archive version RX-94 sketch (Takigawa’s sketch) that this resin kit may be referring to)
However, I like this type of saber because it looks strong.
Since the kit does not come with a saber blade and it is not considered to be handheld, it was necessary to procure both the saber and the grip externally (the beam blade is from Ka signature Gundam Mk-V, and the grip is RG Zero Custom Free (Use movable fingers)
…using a display stand

Equipped with fin funnel, front and back
Only this kit and Incom equipment were considered, and the funnel could not be installed. However, even if it is a mass production type, it will not be closed without ν Gundam! So I made up the base of the backpack from the joint parts of Kotobukiya and finished it with the funnel mount for ν.

Even in the CCA-MSV sketch, the connection between the funnel and the saber has almost the same design as that of ν.

The back of the fin funnel equipment

“Psycho frame … resonates !?”
This is one of my favorites. The main camera and twin eyes were intentionally lit, but it was completely unexpected to react to the fin funnel mold. It’s a bit interesting because it’s the same as the original psycho frame in the sense that “the creator also unintentionally shines for some reason” (strictly speaking, ν has a built-in psycho frame only around the cockpit).
The paint on the back of the mold is thin and the plastic is transparent.

“Go, fin funnel!”
Perhaps because RG’s Hiν came out recently, the blue vernier effect was scarce and I was in trouble. When I make a funnel machine in the future, I will use it a lot and get the money back.

I field barrier. It is an option diversion of the soul version ν Gundam. This is good, isn’t it? 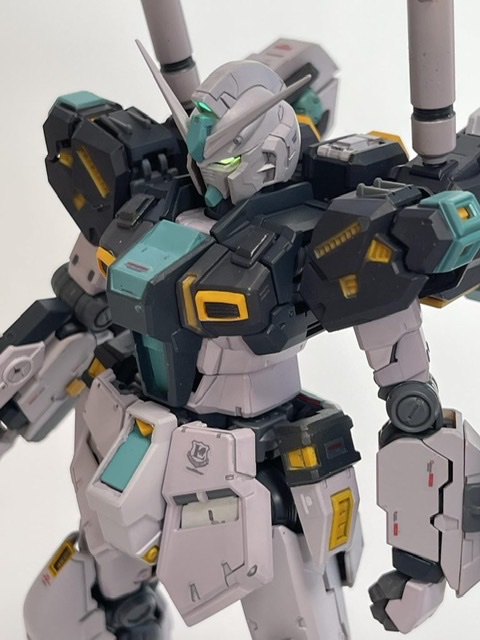 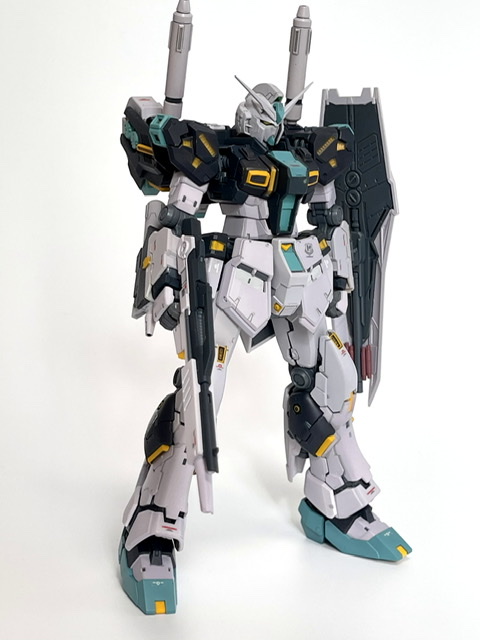 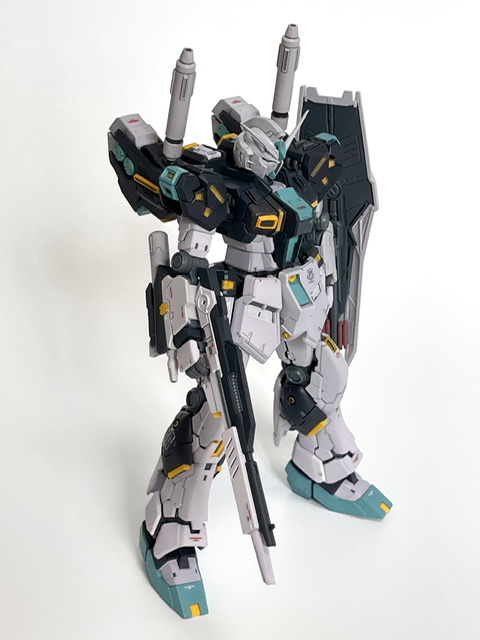 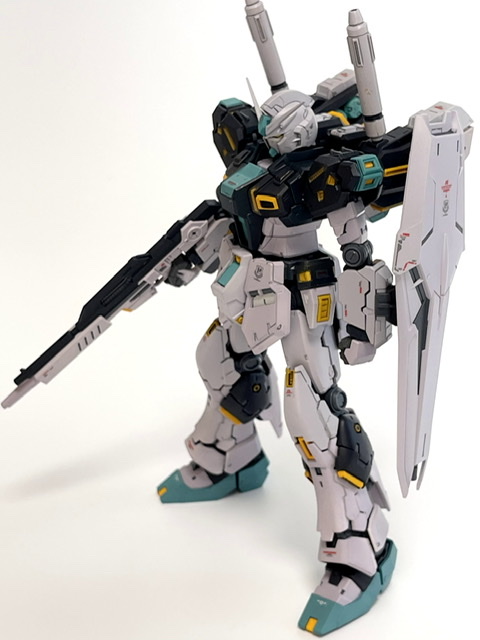 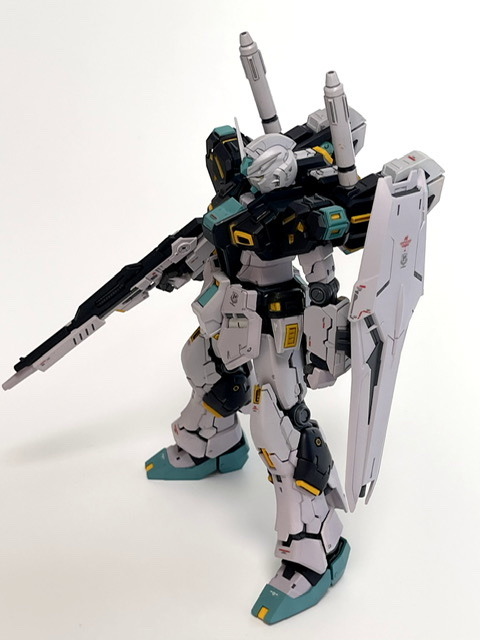 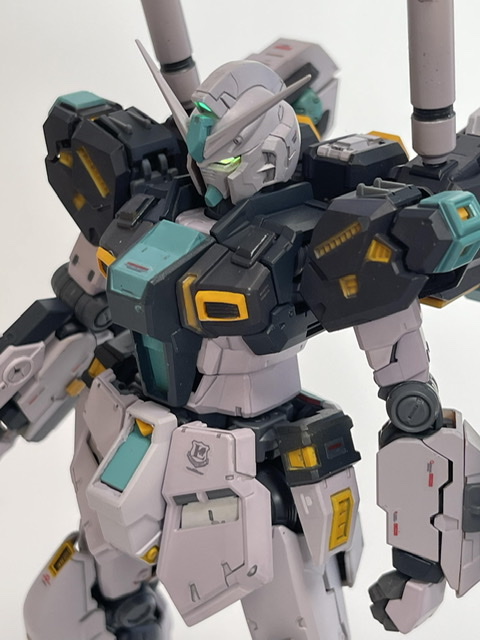 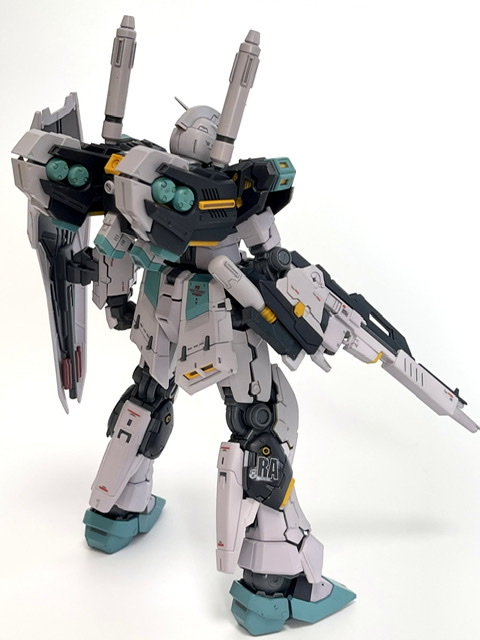 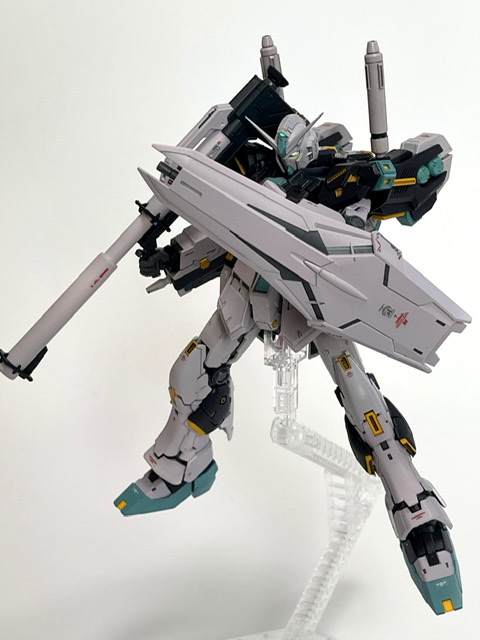 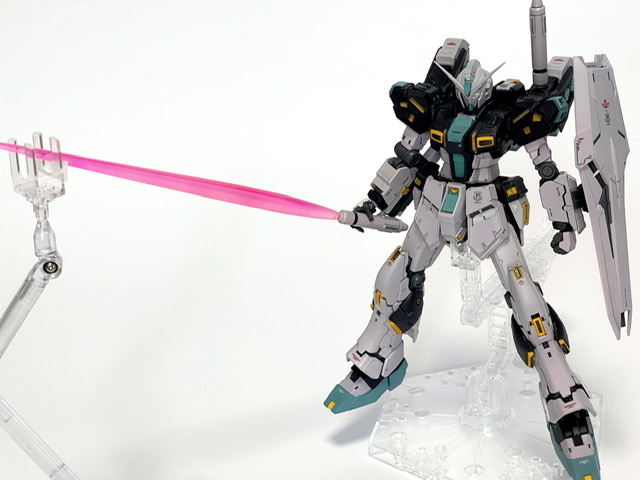 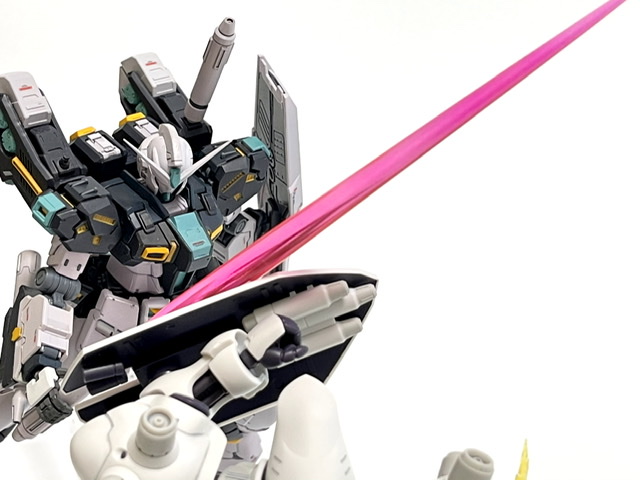 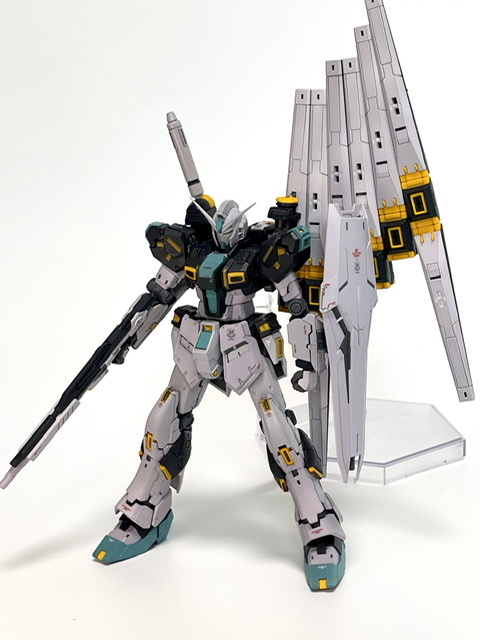 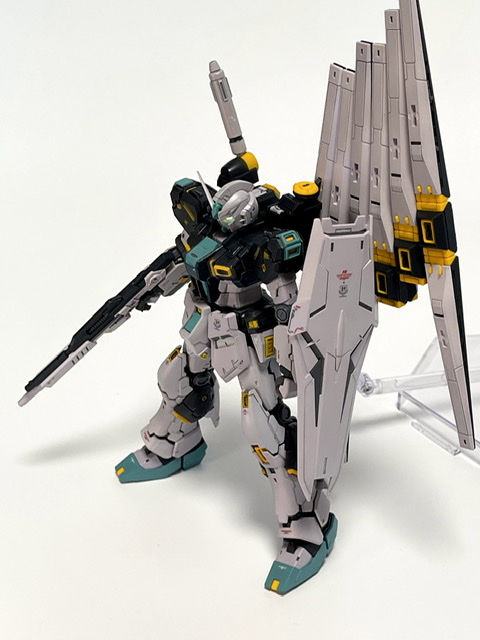 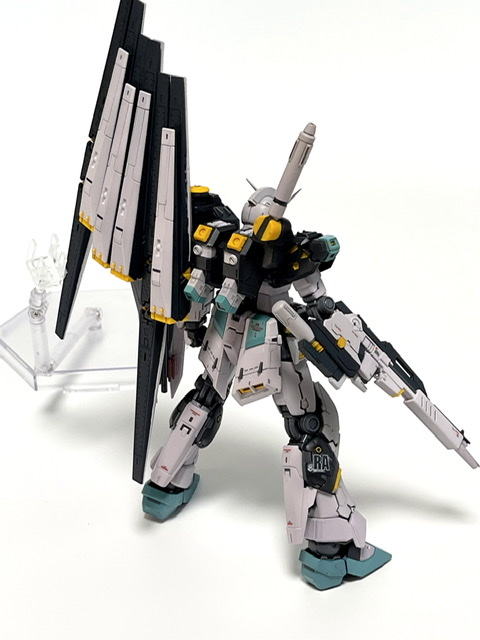 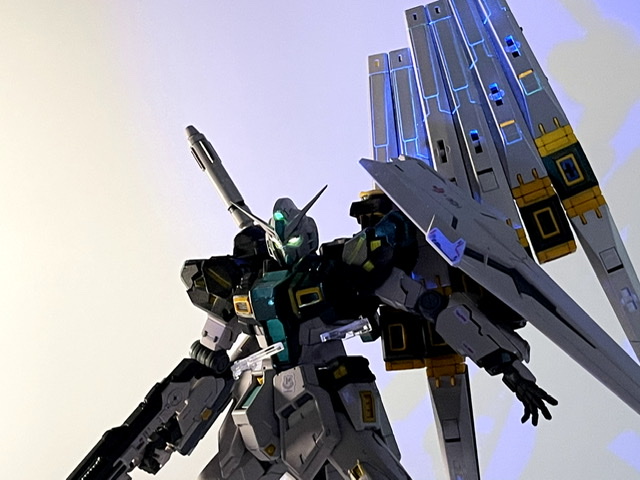 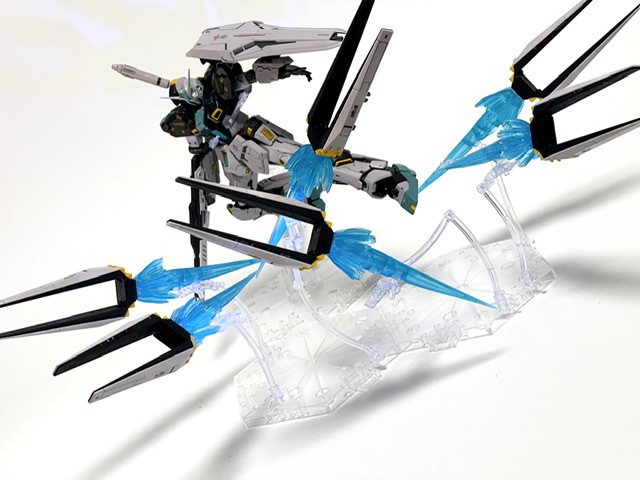 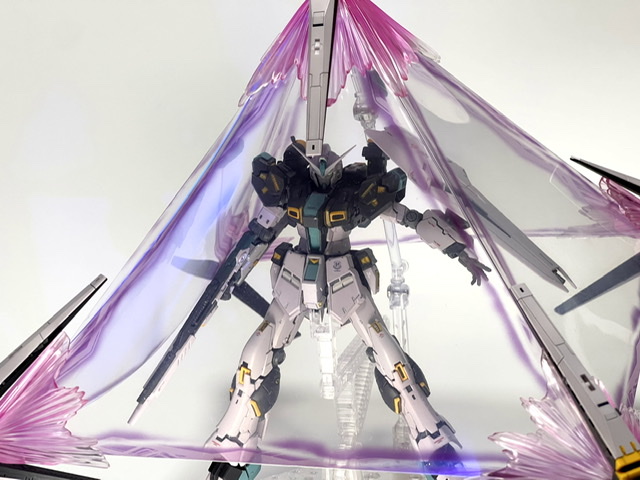 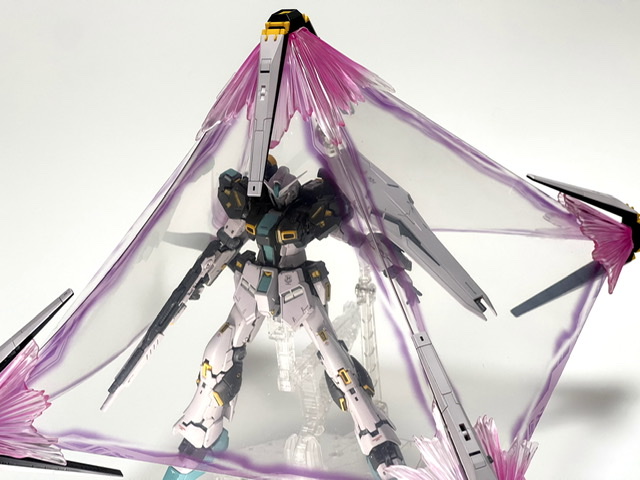