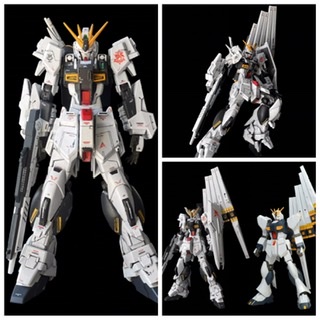 Νu Gundam completed while incorporating Anaheim’s technology based on Amuro Plan.
In order to dispel the massive silhouette of HGUC, I made it while mixing various MS.

Comparison with the actual Amuro Plan sketch.
I’ve added some arrangements, but I’ve followed the general silhouette and finished it to my liking.
The coloring is not a prototype but a rollout color.

One of my favorites that I was wondering whether to make it the main cut.
The standing is good.

Early mixing.
The standing figure has not been decided.

At the stage of renovation so that the standing figure can be determined by scraping and shaving various joints.

Finally, compare with the unassembled.
Thank you for watching until the end. 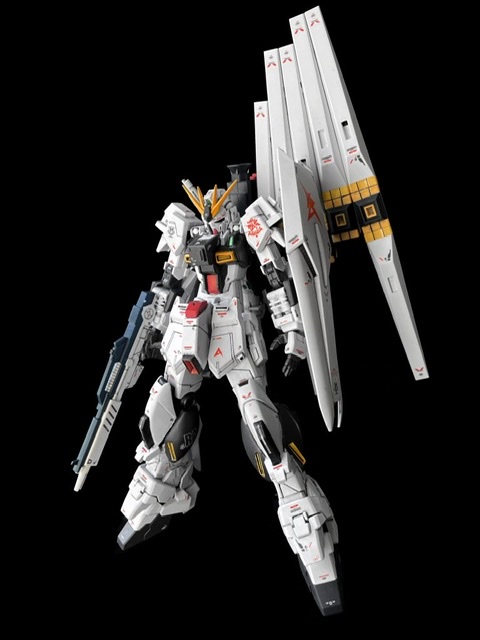 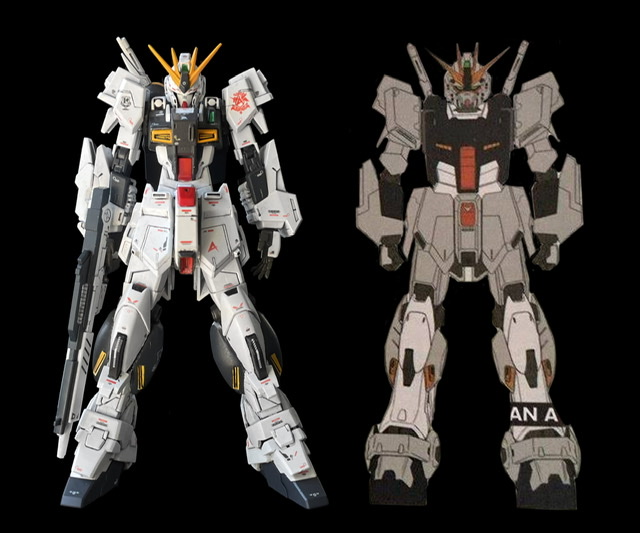 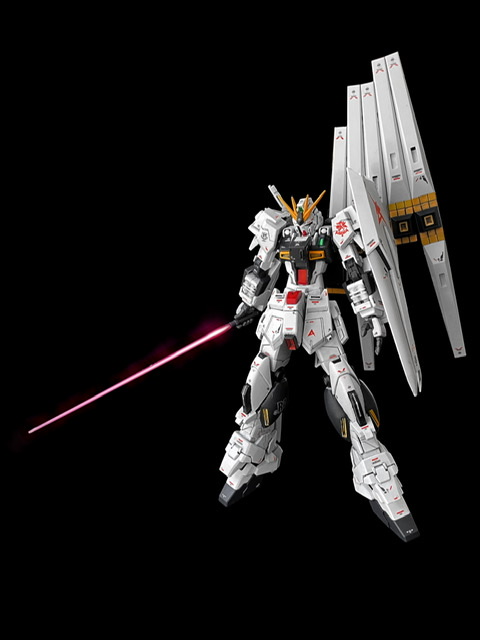 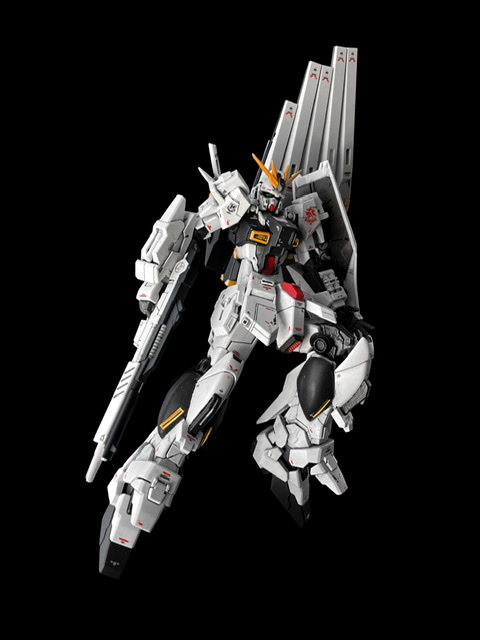 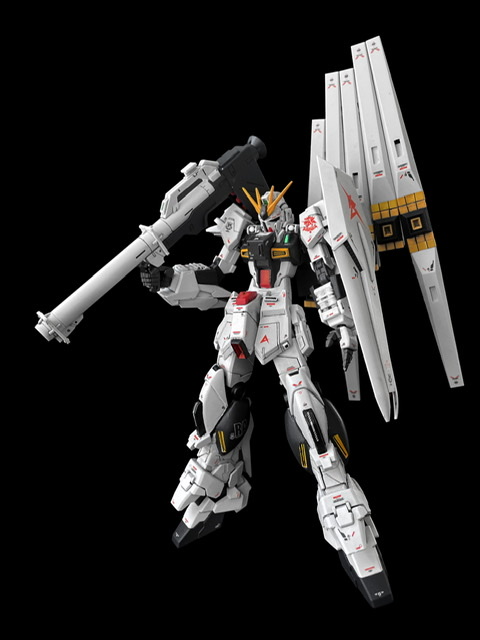 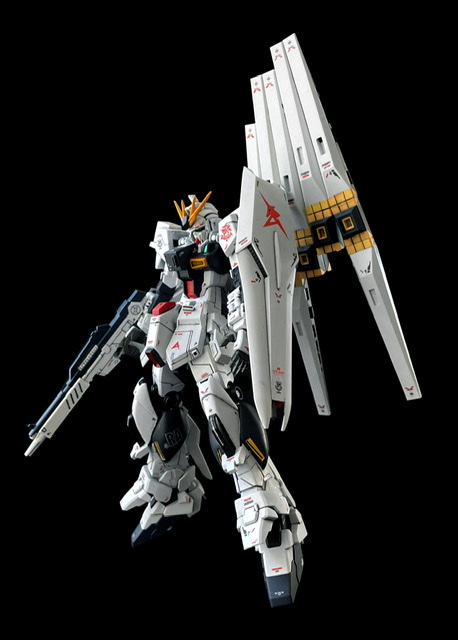 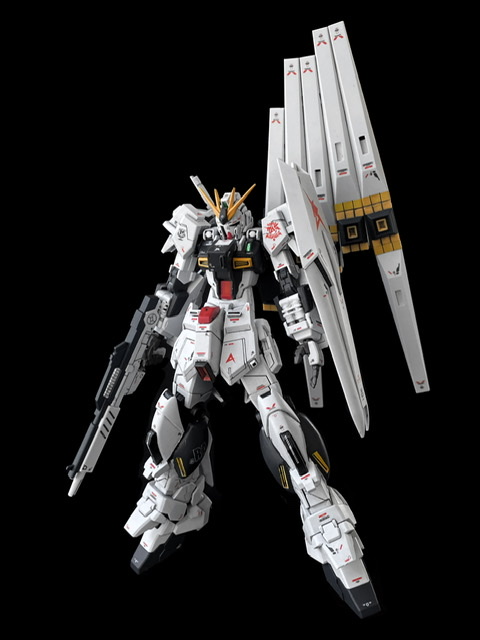 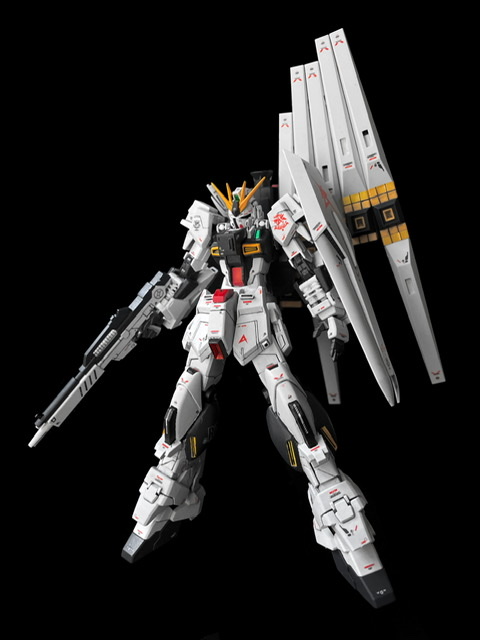 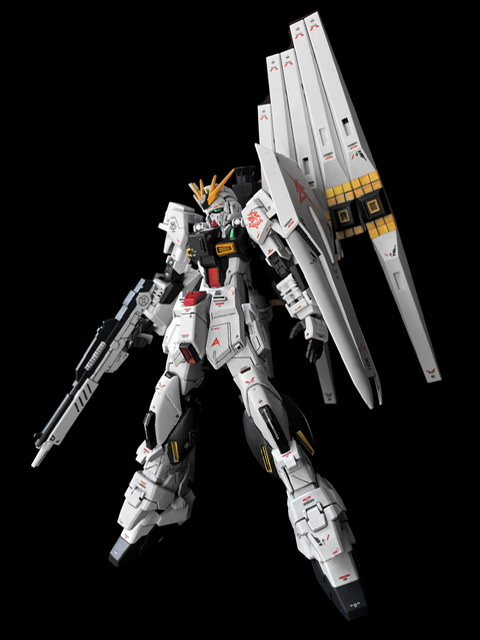 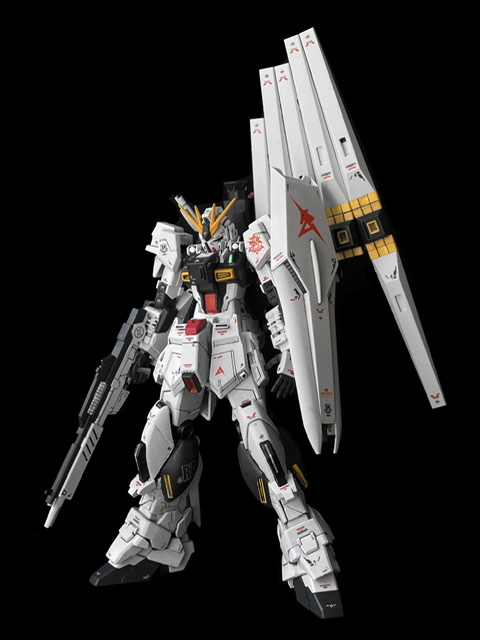 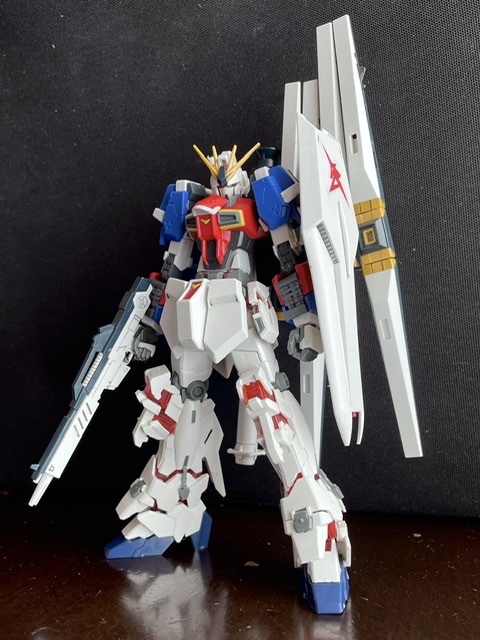 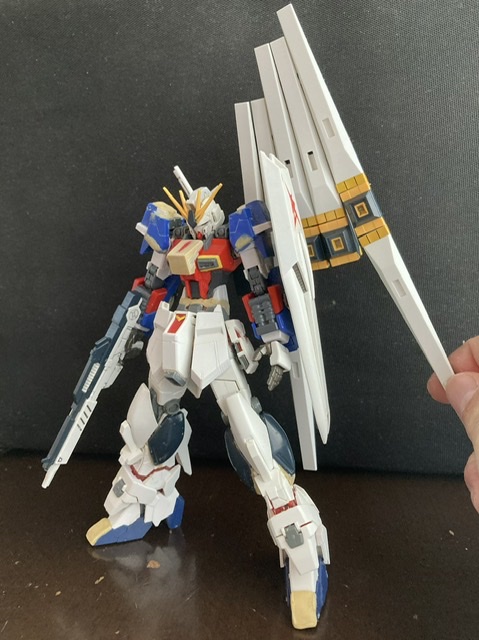 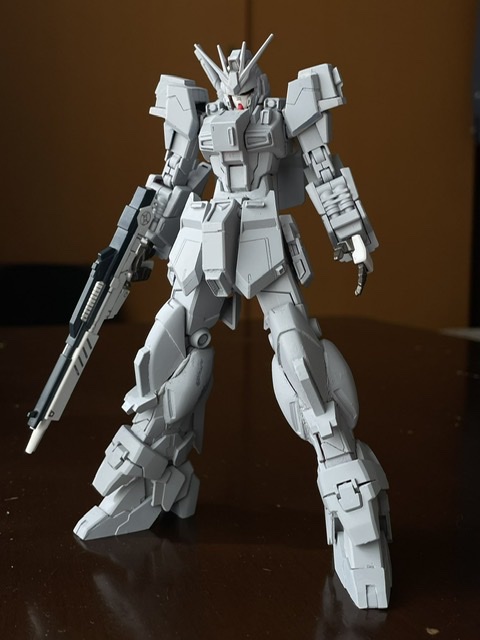 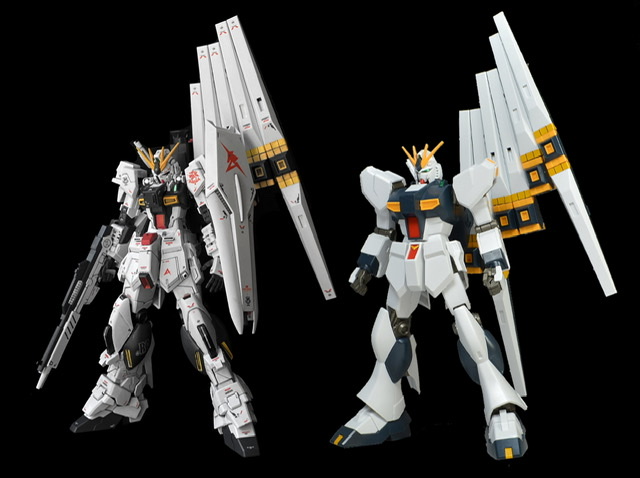