Let’s make my EG strike!
Separated from the gun barrel striker
Also, I wanted to use the Chinese character decal I bought recently, so I tried to put it in as “Sword Attack”
This is a back shot. (Watch photo)
Inside the vernier is Cosmo Meta Blue.
The Gatling gun of the gun barrel striker has been slightly modified so that it can be equipped. 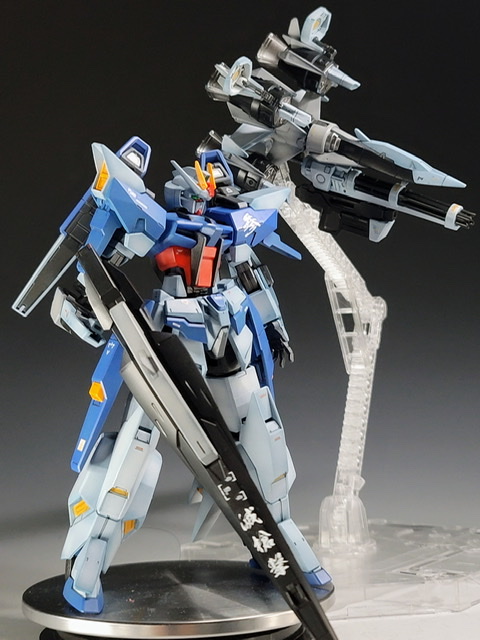 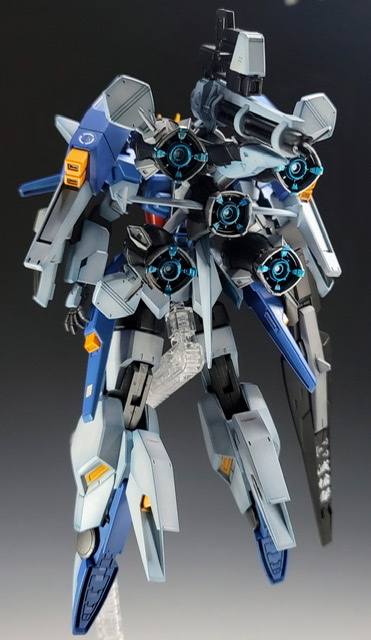 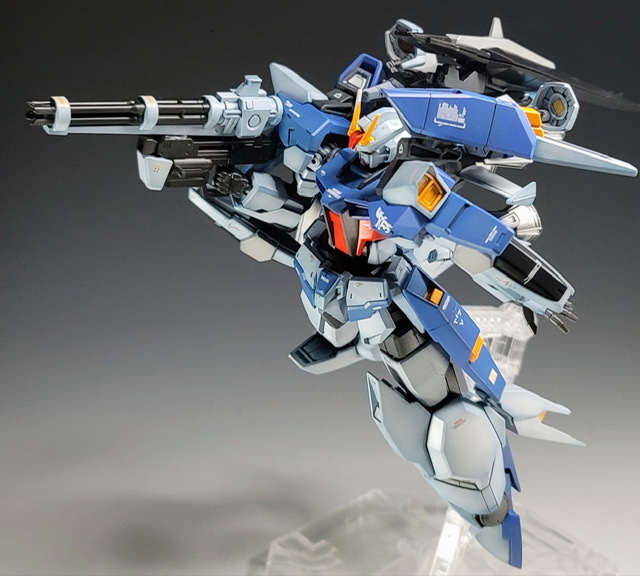 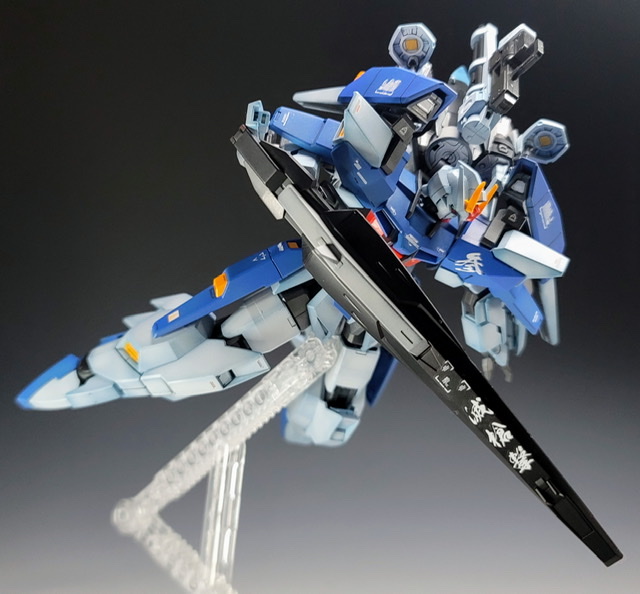 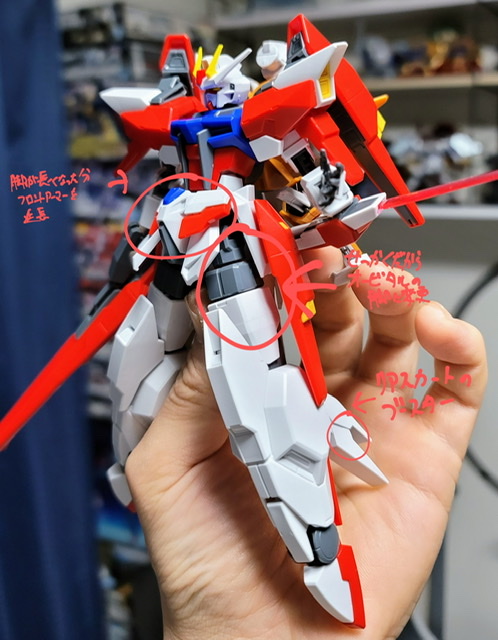 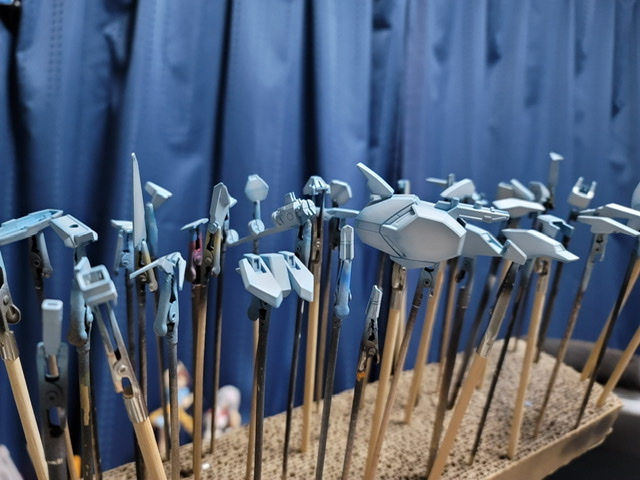 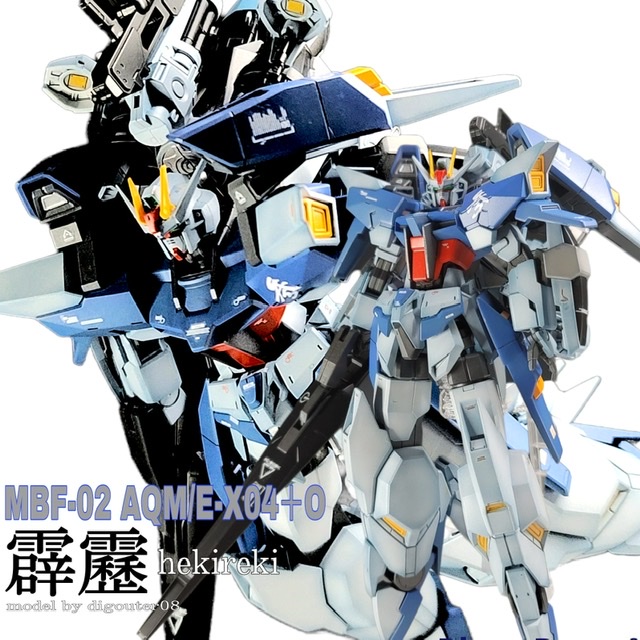