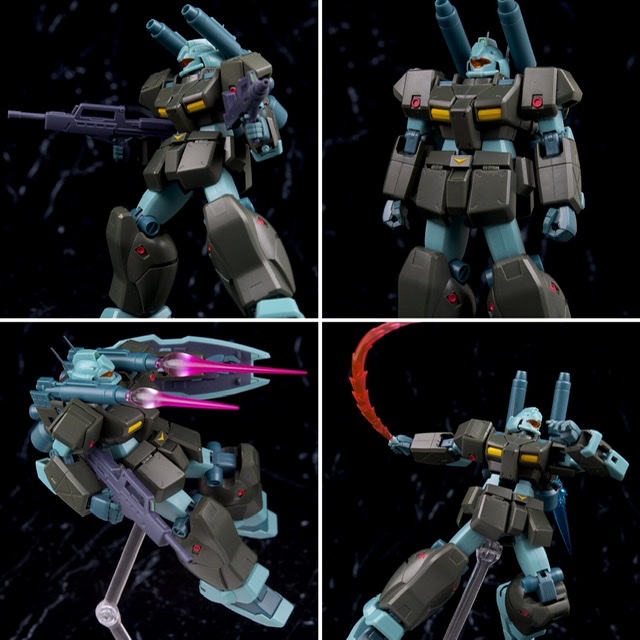 Delivery date: Scheduled to be shipped in August 2020

After the end of the One Year War, the GM Cannon II was developed as the culmination of MS for support based on the data from the RGC-80 GM Cannon and RX-77D Guncannon Mass Production Type. Most of the production lines are shared with RGM-79N GM Custom, and the power reactor and basic frame have almost the same structure. For precision shooting under gravity, the stabilized gear on the waist is deployed to stabilize the machine. The exterior uses the concept of the full armor system of the RX-78NT-1 Gundam “Alex”, and uses heavy composite armor similar to Chobam armor (though it cannot be purged like the Alex’s armor). However, the GM Cannon II pays the price for its powerful weaponry and enhanced durability with low speed and mobility.
Armaments

* 60mm Vulcan Gun
Mounted in the head, these shell firing weapons have high-rate of fire but little power and can’t damage the armor of a mobile suit, though they can damage lightly armored areas such as the sensors. They are ideal for shooting down small, lightly armored targets such as missiles, attack vehicles, etc.
* Beam Saber
The standard close combat weapon for Earth Federation mobile suits, it is a small device held in the mobile suit’s hands when operated and is powered by a rechargeable energy capacitor. The beam saber emits a blade of plasma contained by an I-field and can through most armor not treated with an anti-beam coating. The GM Cannon II has a beam saber with a short grip stored on its left forearm.
* Beam Cannon
The primary weapons of the GM Cannon II are a pair of beam cannons mounted on the backpack. The beam cannons are typically directly powered by the GM Cannon II’s generator, but they also have a spare energy CAP system circuit.
* HFW-GR·MR82-90mm GM Rifle
A portable, mobile suit-use 90mm rifle built based on the ‘system weapon’ structure, its effective range and accuracy is superior to the HWF GMG·MG79-90mm machine gun.

With the extended barrel, the GM Rifle sees a 15% increase in muzzle velocity, leading to increased armor penetration capability.

The rifle’s long barrel has a newly developed beam accelerator, enhancing the beam convergence rate by 40%.
* AE/ZIM.C-BAZ-531 300mm Clay Bazooka
The same weapon as used by the RMS-099 Rick Dias, it was originally designed to fire adhesive rounds that immobilize enemy machines rather than destroying them outright.

However, it could also be loaded with other types of ammunition, including conventional explosive round as well as pellet shot round.

The Clay Bazooka has 1 round in its chamber with 7 more rounds in a reloadable magazine.
* RGM·M-Sh-ABT/S-00057 Shield
For defense, the GM Cannon II uses the same shield as the RGM-79N GM Custom, which is an updated model of the one used by RGM-79G GM Command. 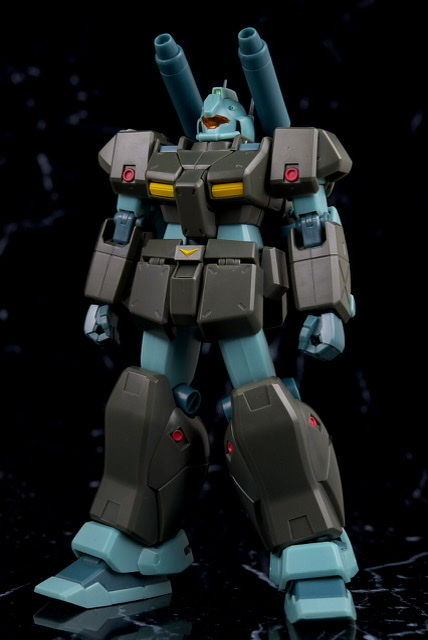 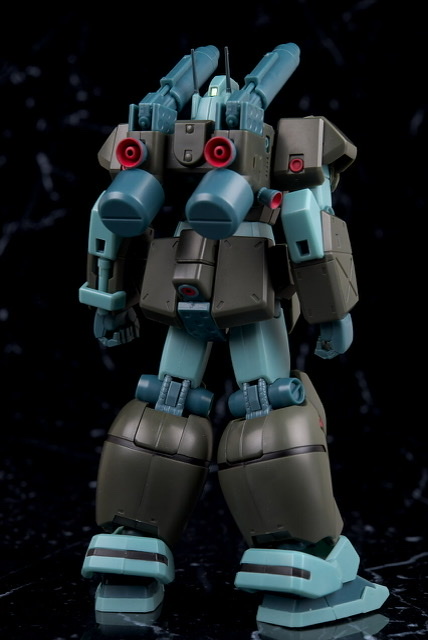 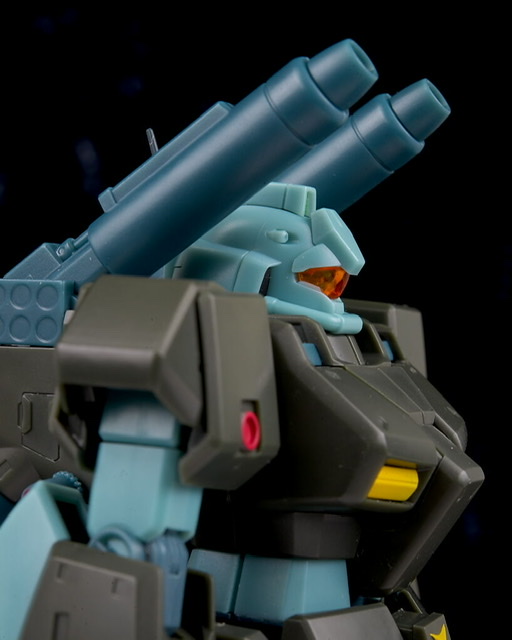 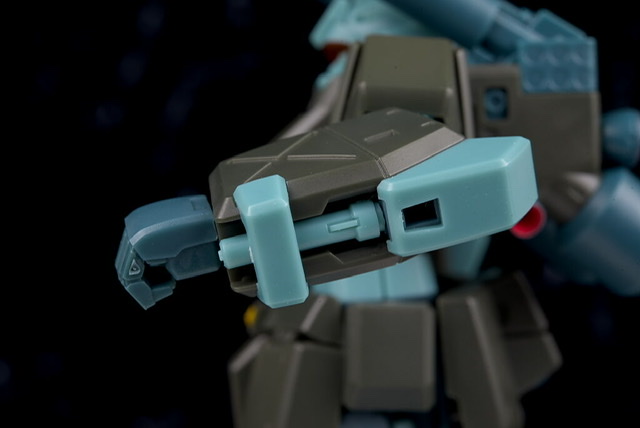 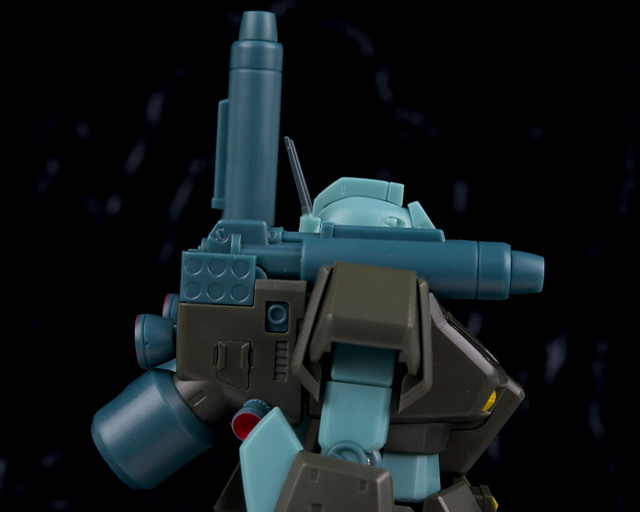 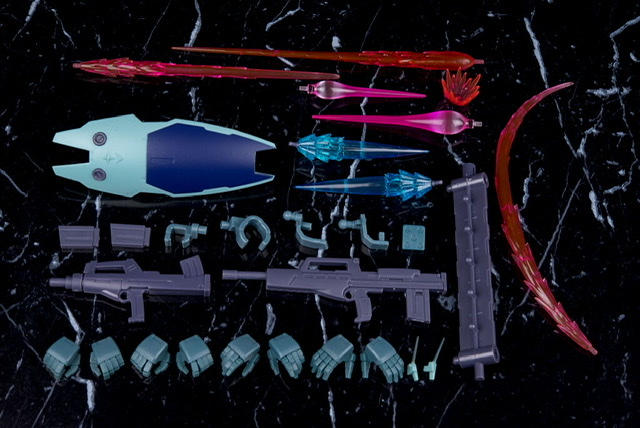 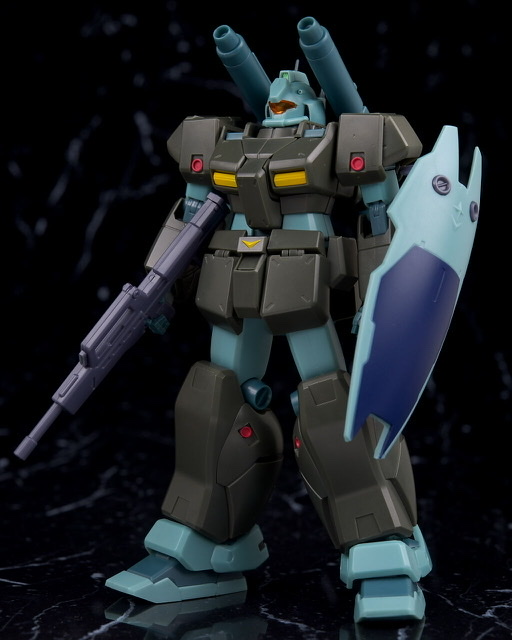 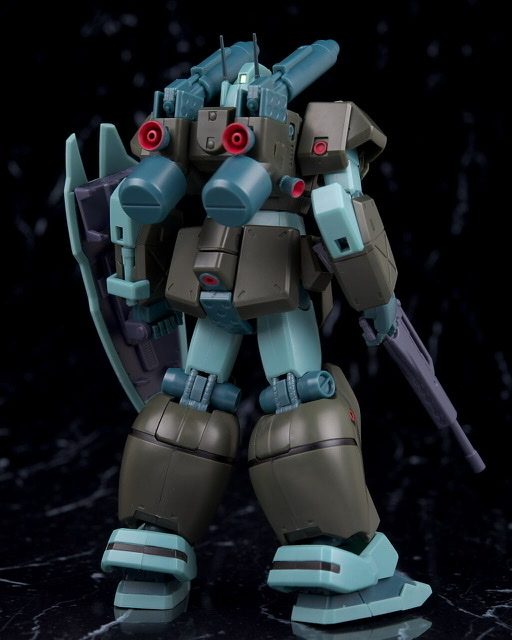 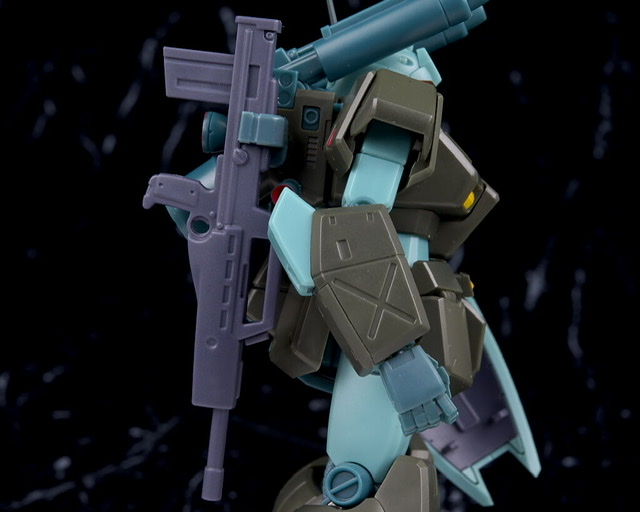 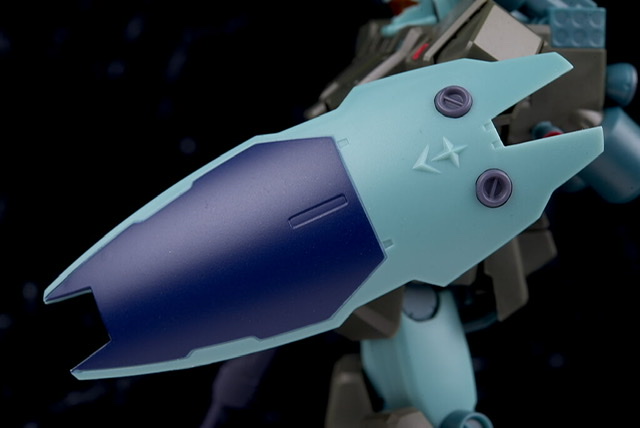 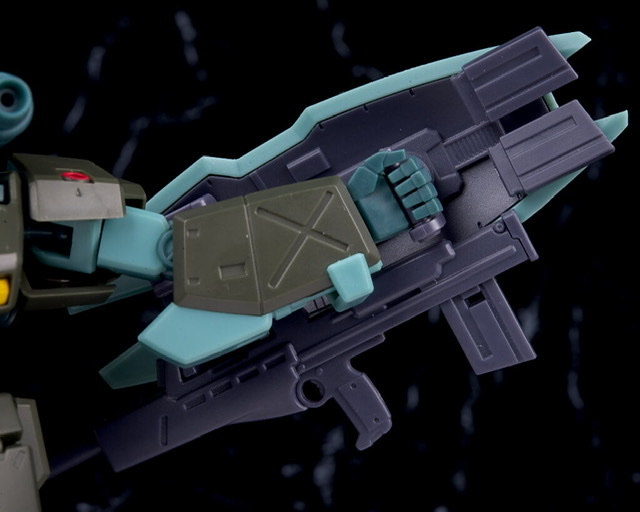 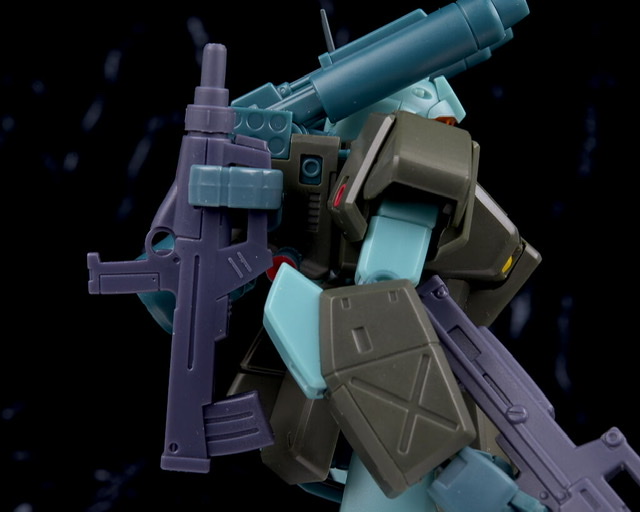 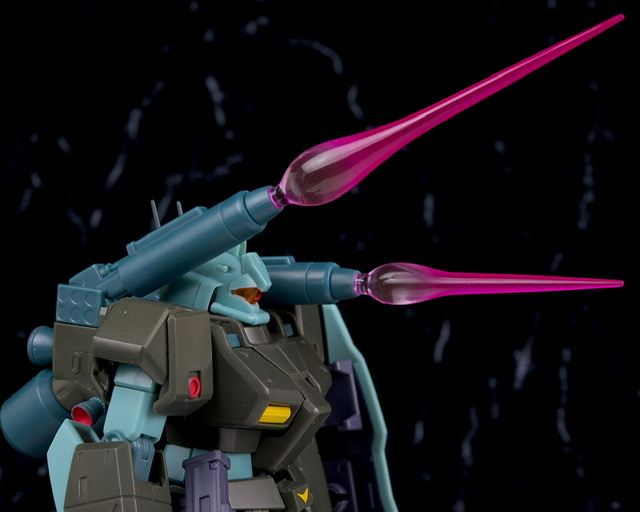 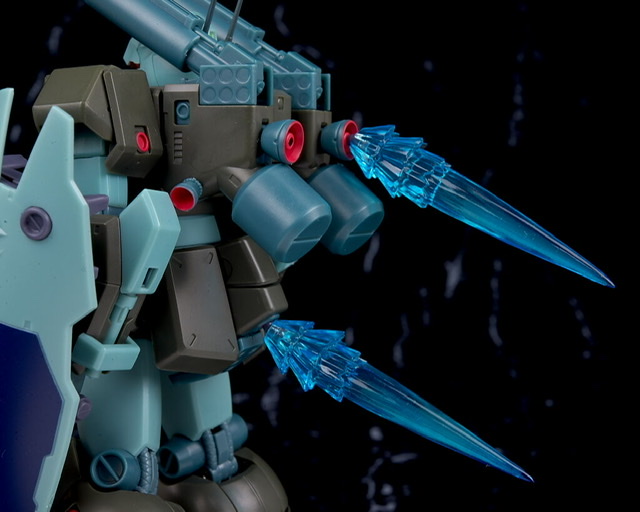 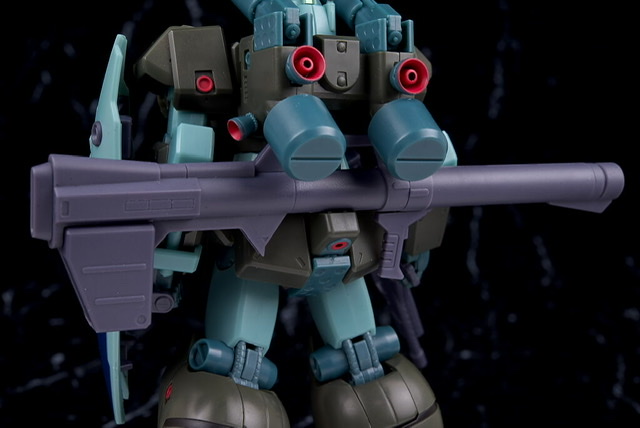 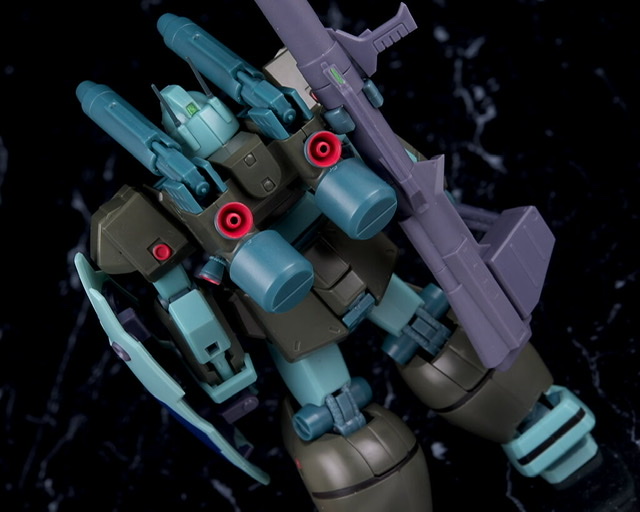 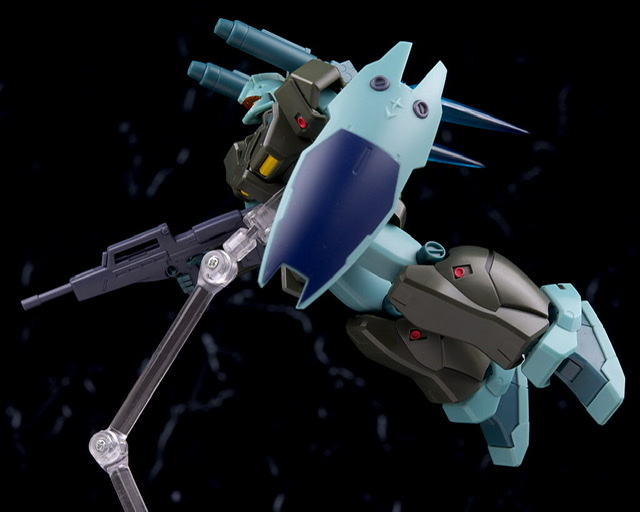 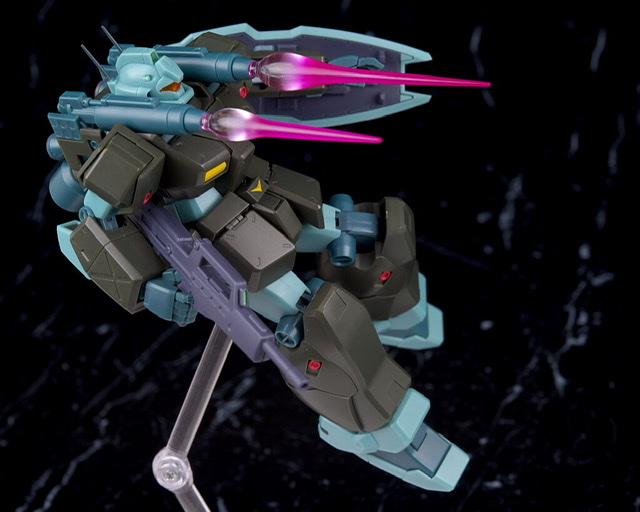 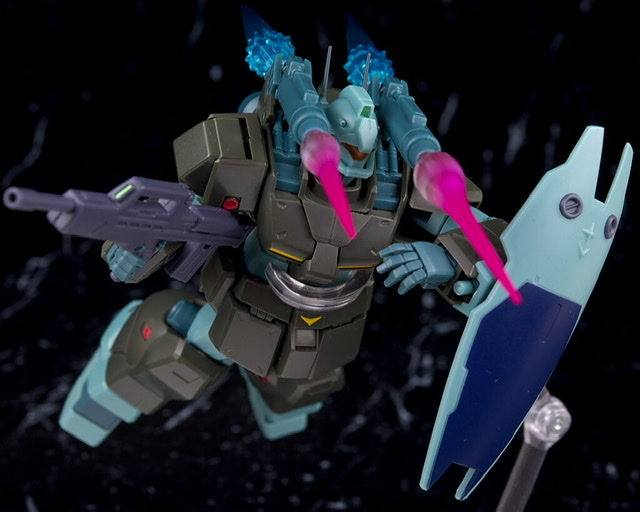 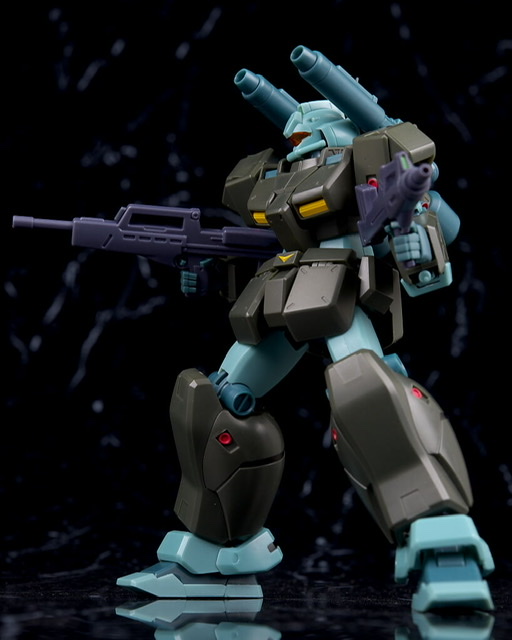 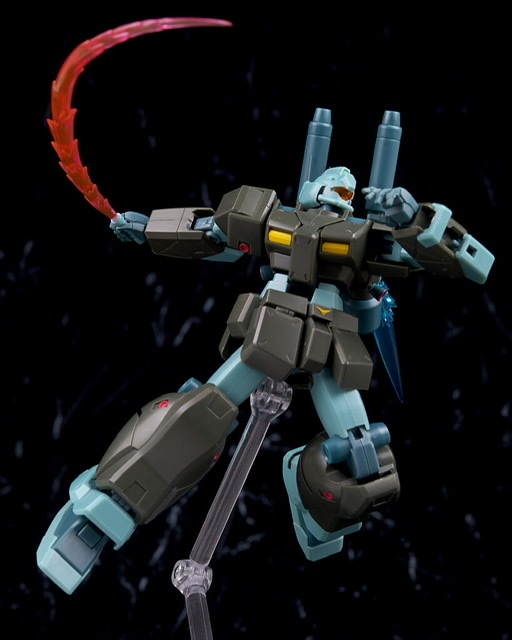