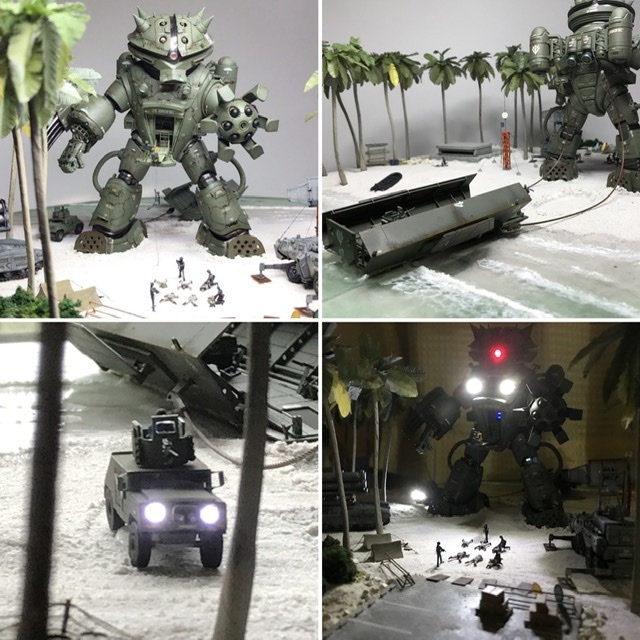 By removing colonies, solar power generation efficiency will decline and humanity will be dependent on oil again.  Zeon’s target was the oilfields of Southeast Asia.

Containers and light armored vehicles are made of plastic

The 30 palm trees are made of tracing paper and wire. 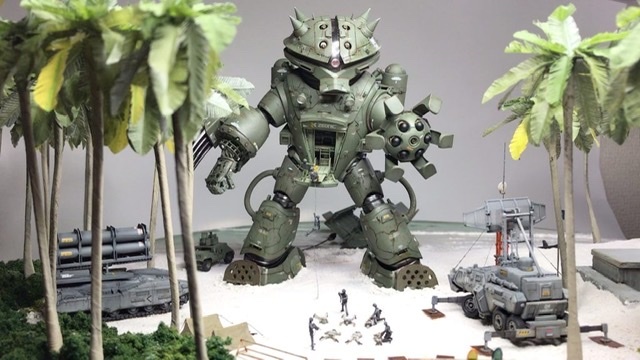 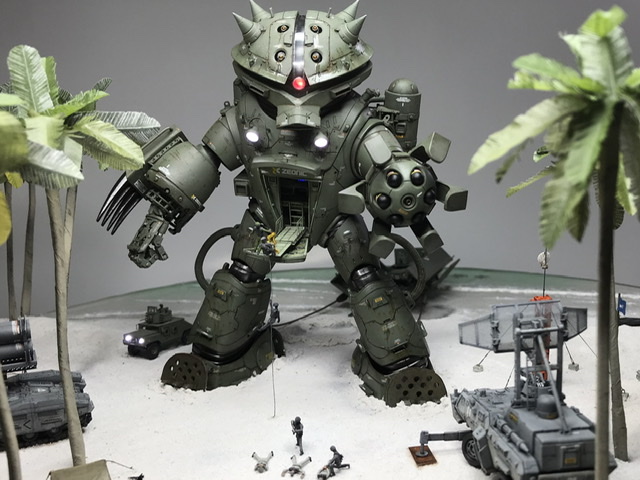 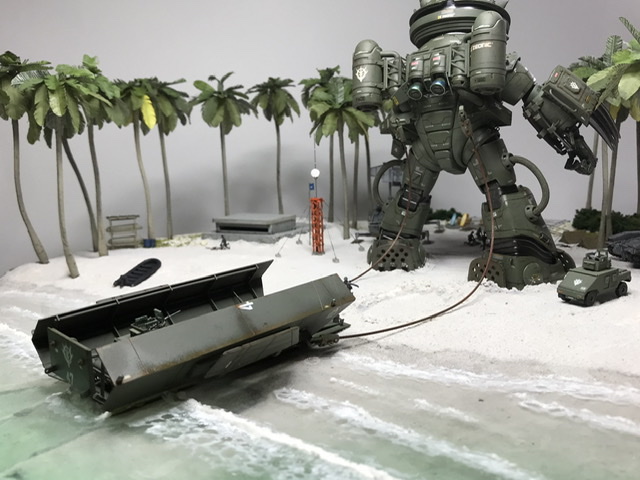 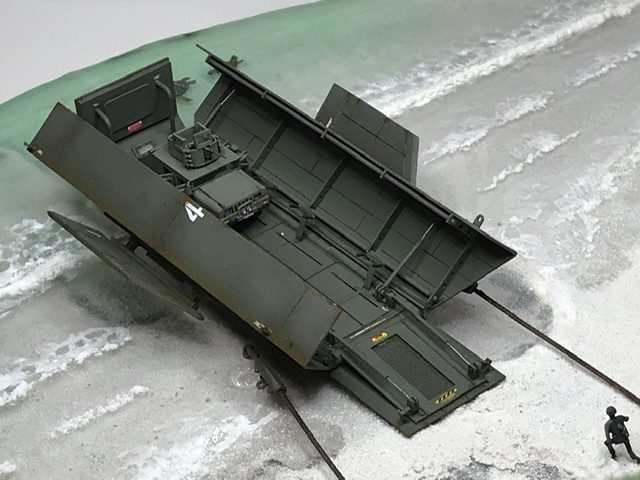 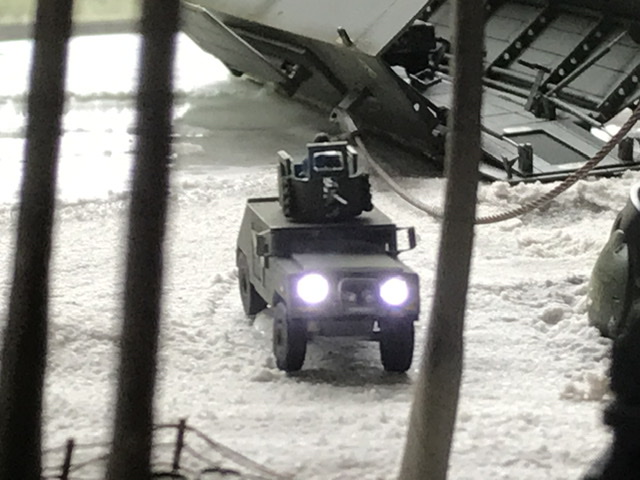 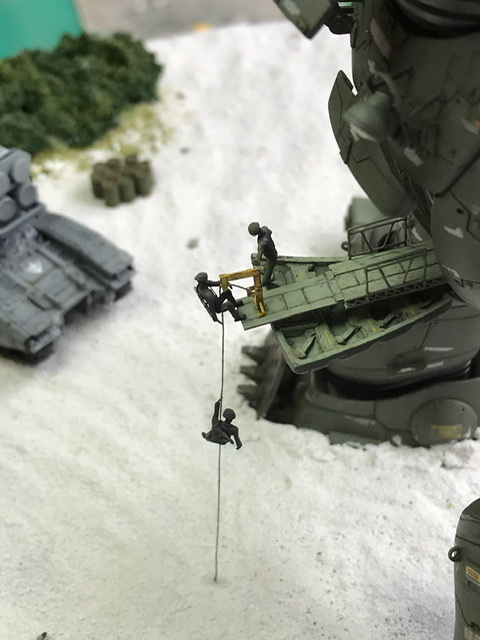 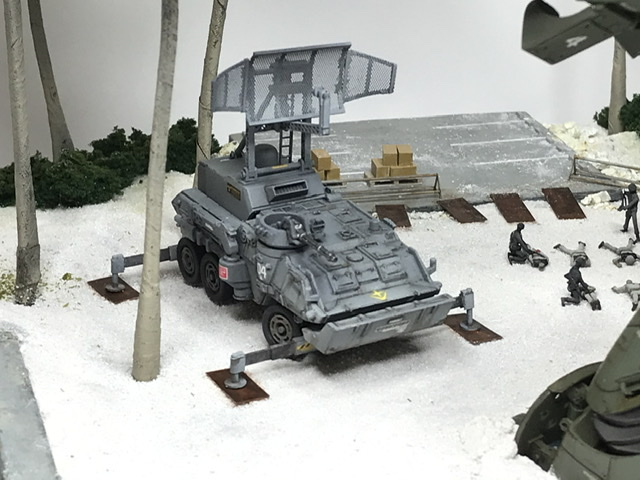 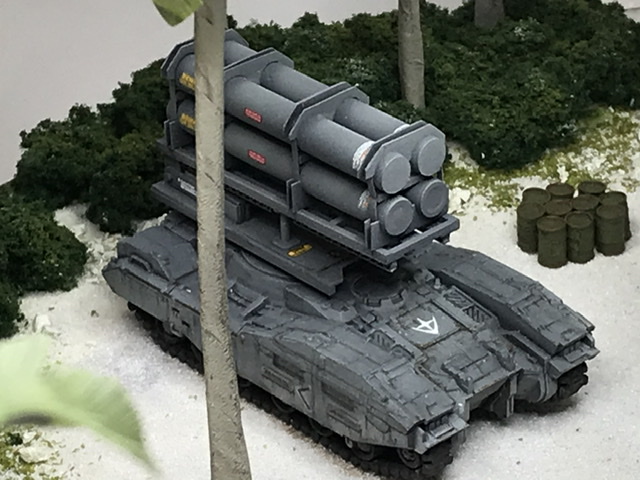 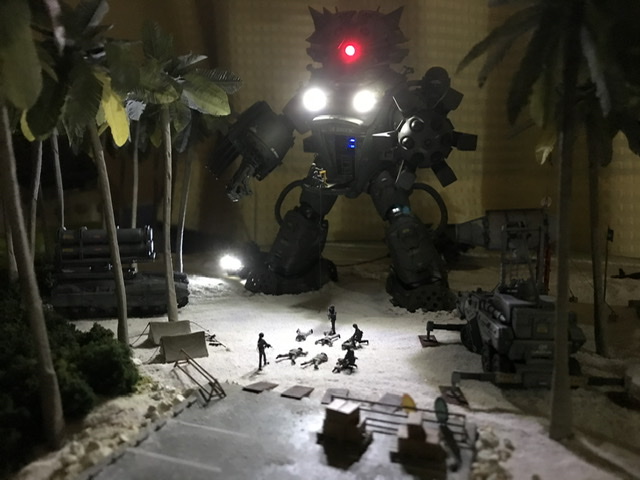 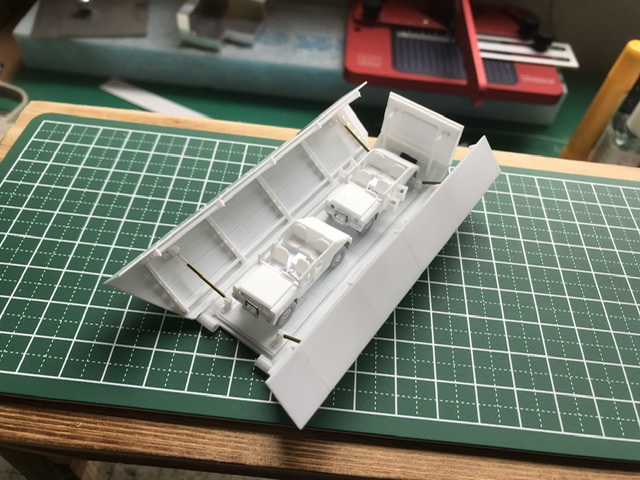 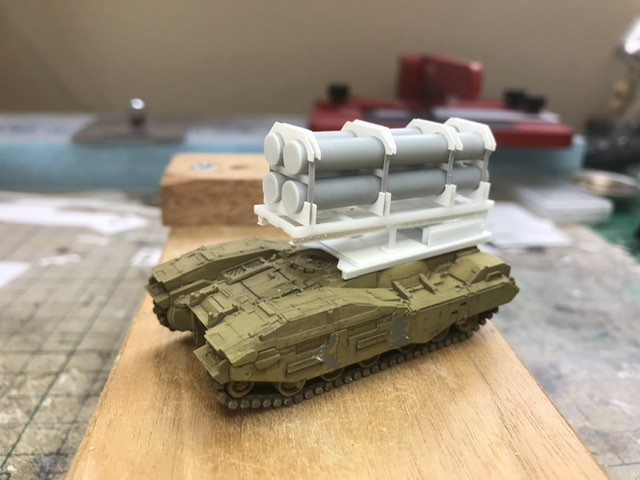 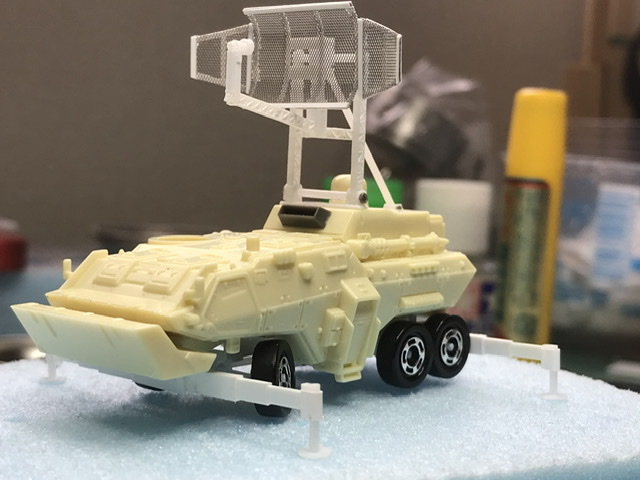 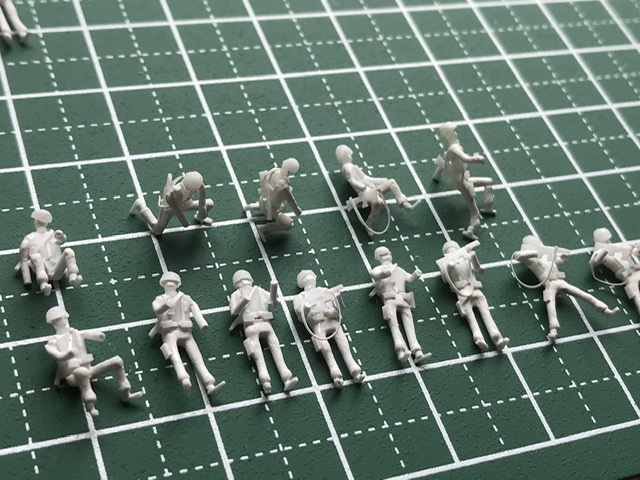 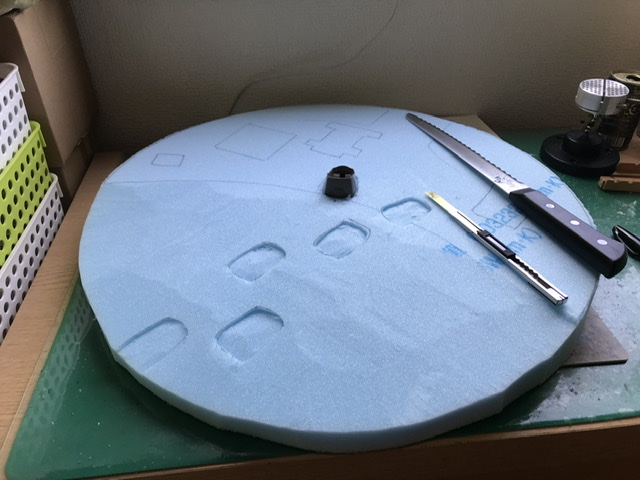 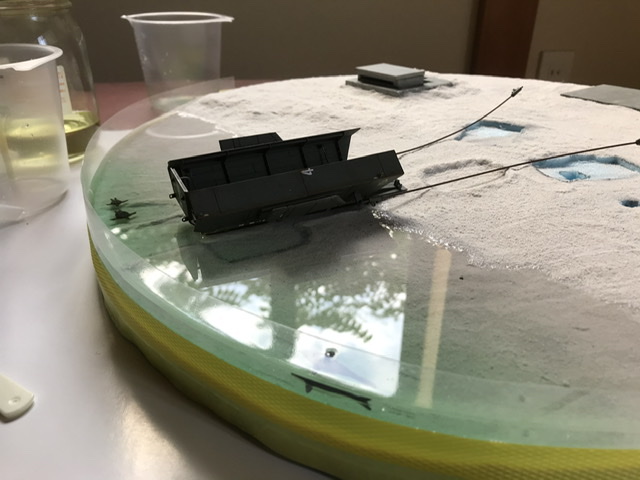 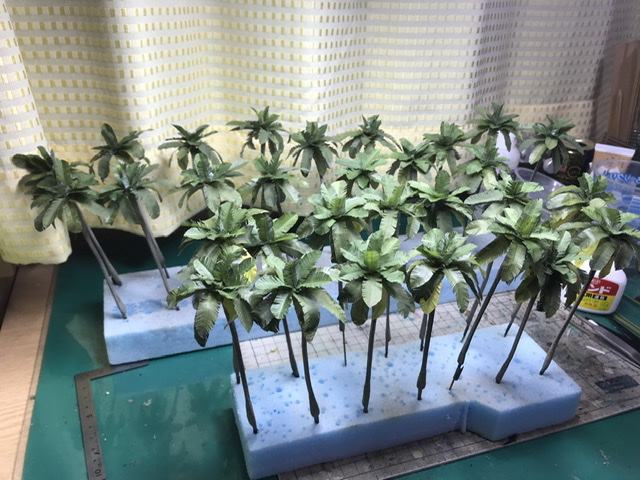 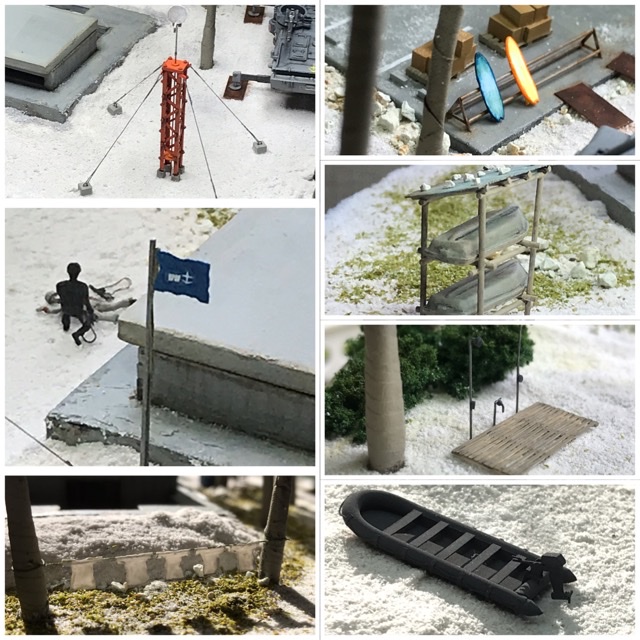