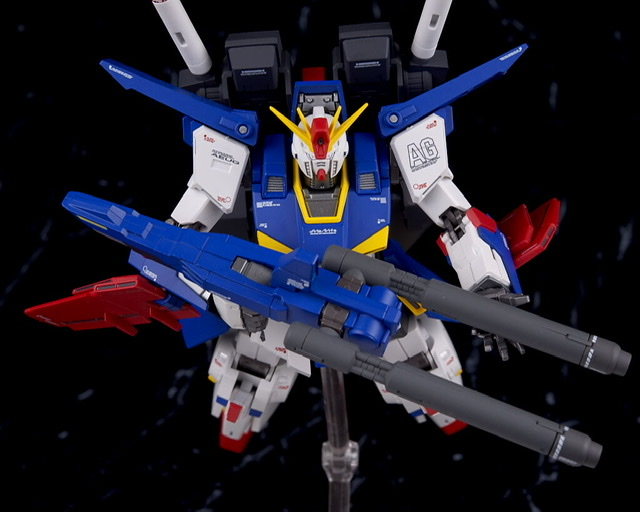 The titular ZZ (Double Zeta) Gundam, from the TV anime “Mobile Suit Gundam ZZ,” has arrived in Ka signature style! The original design for a combining and transforming Gundam was created by Makoto Kobayashi, then refined by the team of Mika Akitaka, Hiroyuki Kitazume, Hideo Okamoto. They succeeded in making an homage to the origins of robot anime, with unique style unlike that of other Gundams. ZZ remains beloved by fans more than thirty years later.
The Ka signature approach focuses on the mobile suit mode, incorporating as much posability and articulation as possible for an exquisite balance between an accurate appearance and dynamic play value.

The trademark High Mega Cannon was sculpted based on design documents used in the making of the anime. The multi-part structure and detailed coloring captures its appearance to satisfy even the most discriminating collectors.
ZZ Gundam’s lineage derives from Z Gundam, but the facemask is an homage to the RX-78, with distinctive almond-shaped eyes. The Ka signature approach captures the nuance of the design materials an on-screen appearance, accented with fine detail for the ultimate in expressiveness.
The powerful, boxy shoulders and legs are accentuated by the relatively small size of the head, in keeping with the proportions of the anime design documents and its onscreen appearance. No compromises here. In the anime design documents, the proportions are stockier, but in the actual show the animators stylized the design for the flair and action scenes. Raising the huge backpack shows the lack of a rear skirt and how the knee joints project outward.

3D-CAD (Computer-Aided Design) technology was used to design the figure with numerous parts to capture its most intricate details. ROBOT Spirits is designed to portray a figure’s appearance while being easy to play with. Multiple materials are a must for this approach. ABS resin captures sharp external details, which PVC is used for parts requiring more flexibility, such as hands.
The high posability is designed to capture classic poses from the anime. A highly durable form of plastic called POM plays an indispensable role for the joints. The upper joint in the central frame of the backpack connects it to the ZZ’s back, one of two connection points. The Upper joint is extendible and can be detached in torso-twisting poses for added range of motion. The bottom joint of the central frame of the backpack connects to the waist.

In addition to the Ka signature overall body coat, markings are pre-applied as a standard feature. Some portions are finished with metallic colors and others panel-lined for a dramatic, luxurious appearance.
The shields, which double as wings in the animated ZZ’s transformation, feature realistic flight surface detail such as flaps and pylons. The Double Beam Rifle becomes the fuselage in flight mode. The barrels rotate in and out.
In the anime “Mobile Suit Gundam ZZ,” the title character appears alongside the Z Gundam and Gundam MK-II from the previous series “Mobile Suit Zeta Gundam.” Ka signature is considering adding the Z Gundam to the lineup. It too will feature Hajime Katoki’s trademark attention to markings, coloring, and detail.
What’s included:
* Main body
* Optional left and right hand parts x3 each
* Double Beam Rifle
* Hyper Beam Saber x2
* Hyper Beam Saber blade x2
* Stage joint parts x4
* Backpack joint part
* MS Shojo joint parts
* Optional antenna 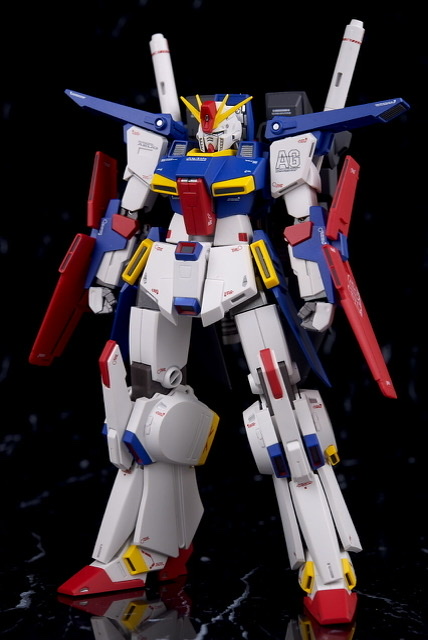 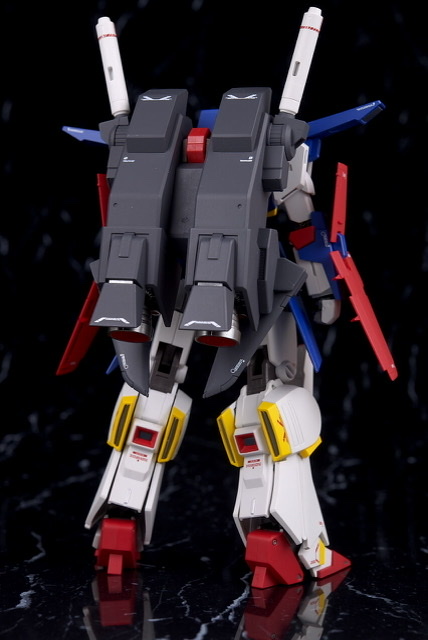 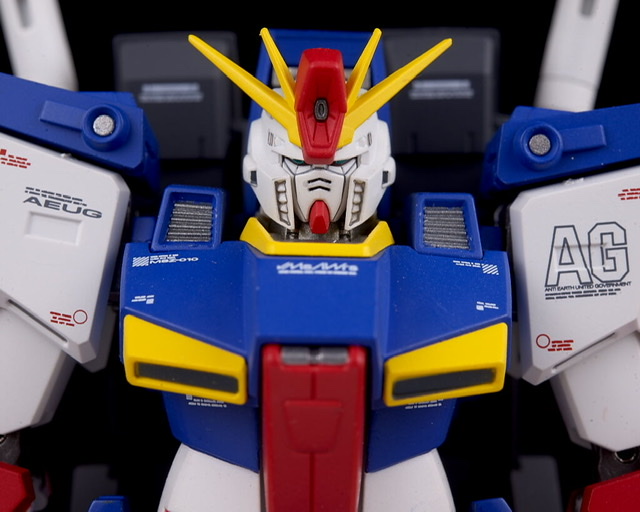 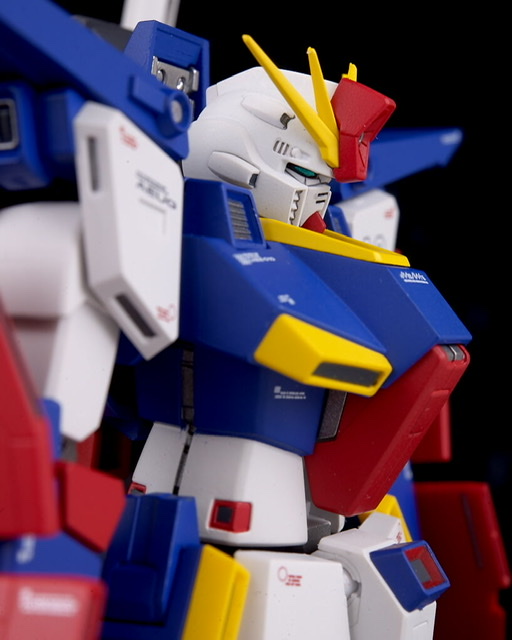 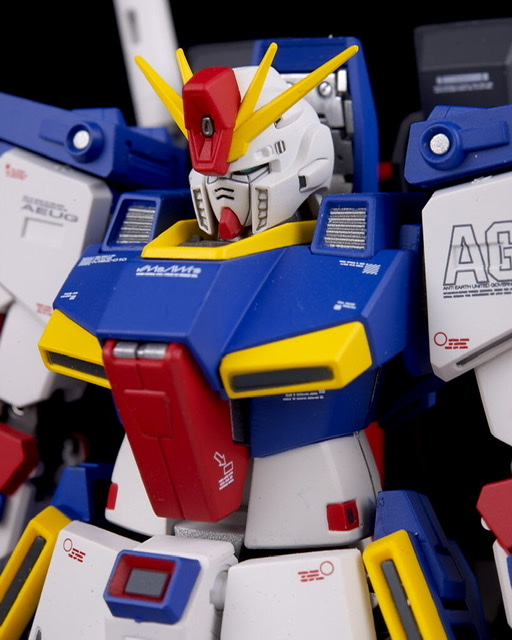 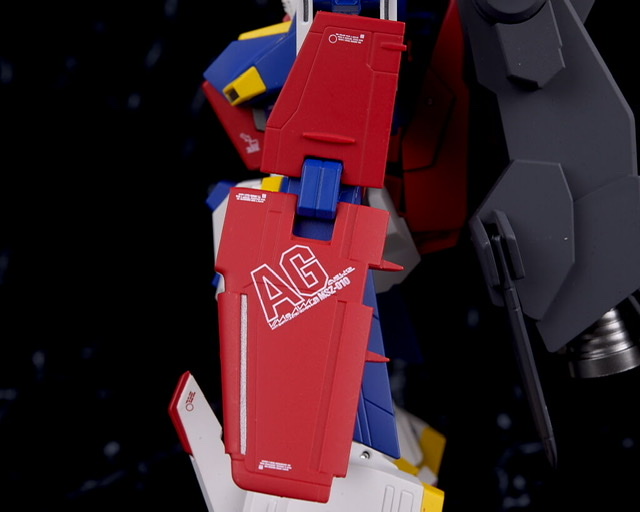 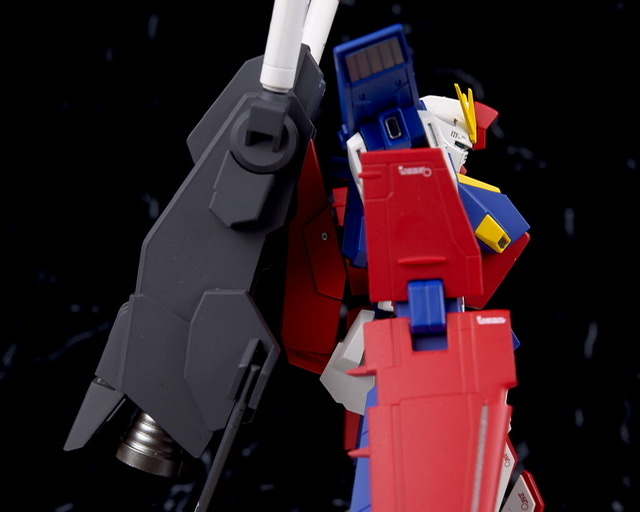 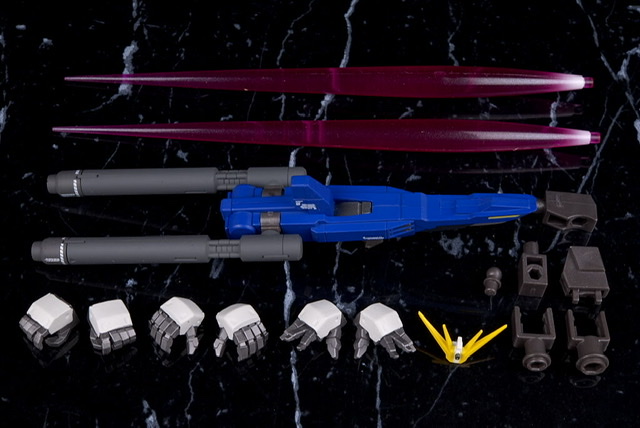 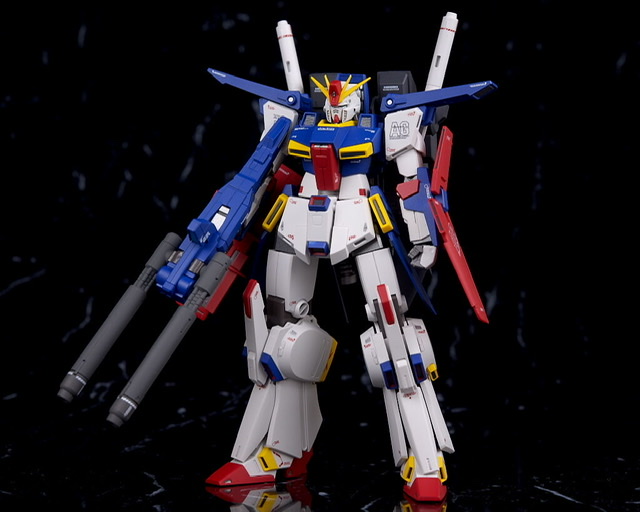 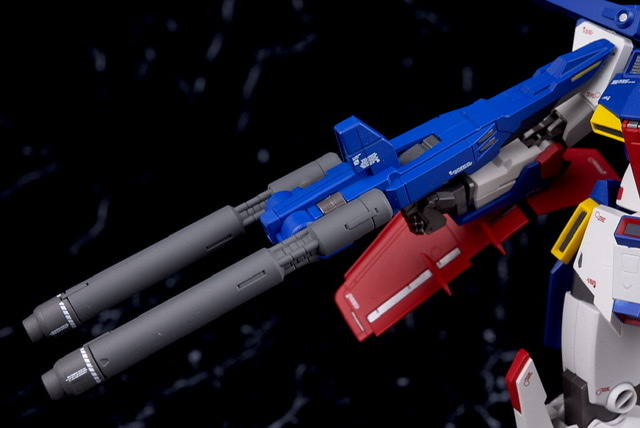 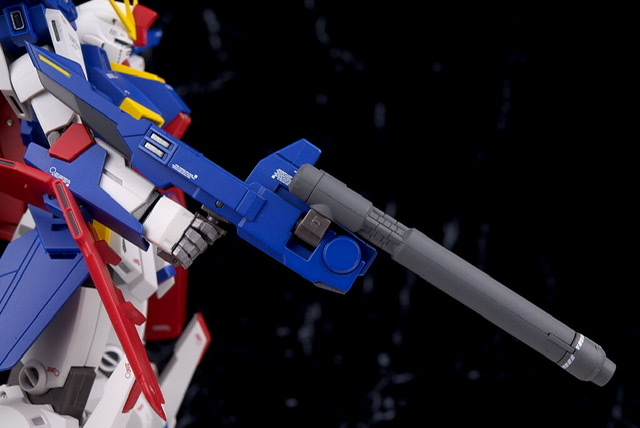 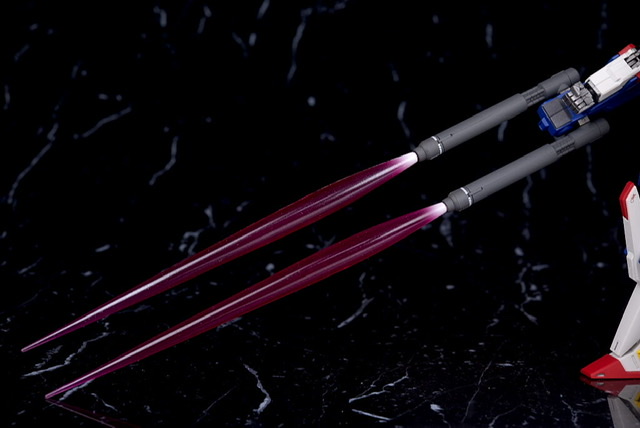 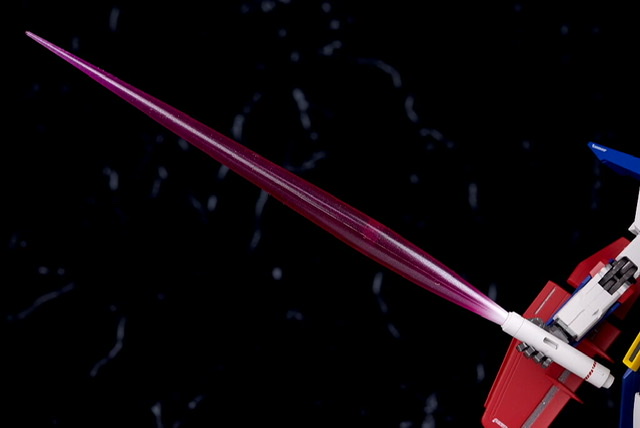 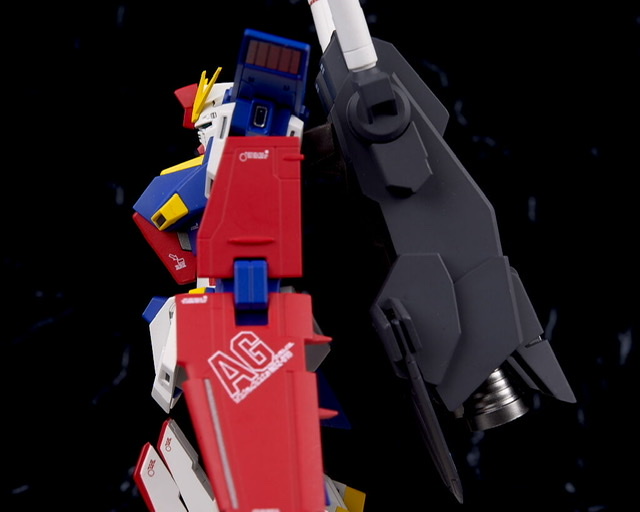 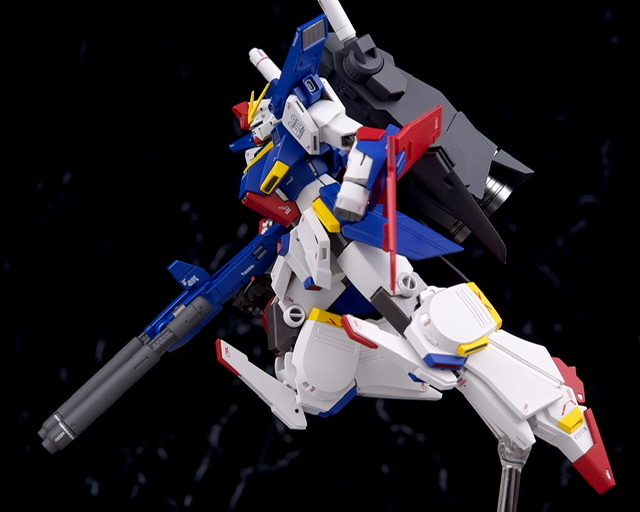 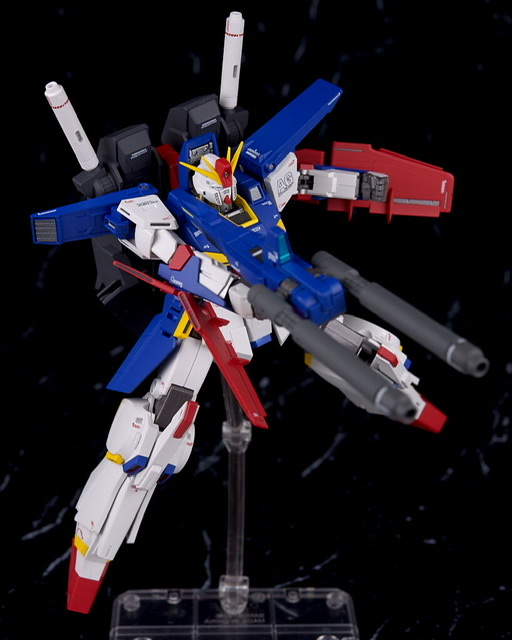 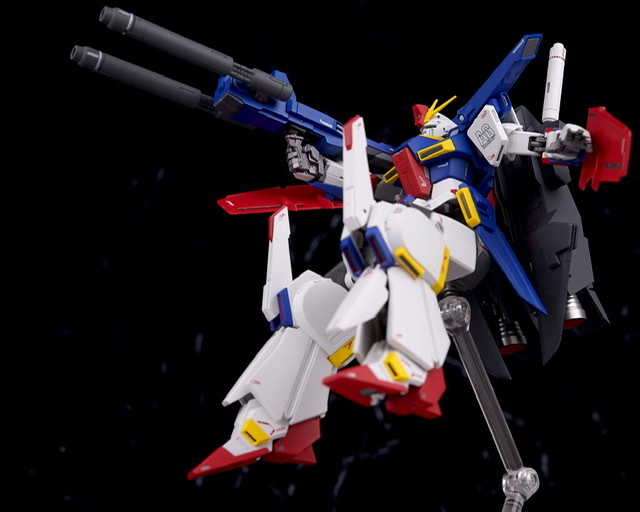 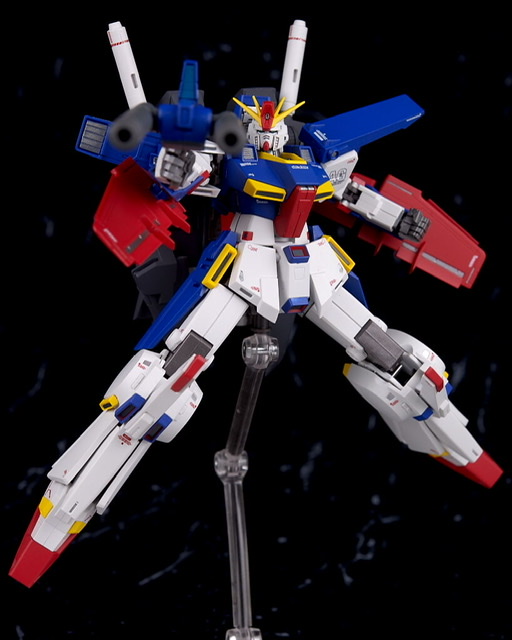 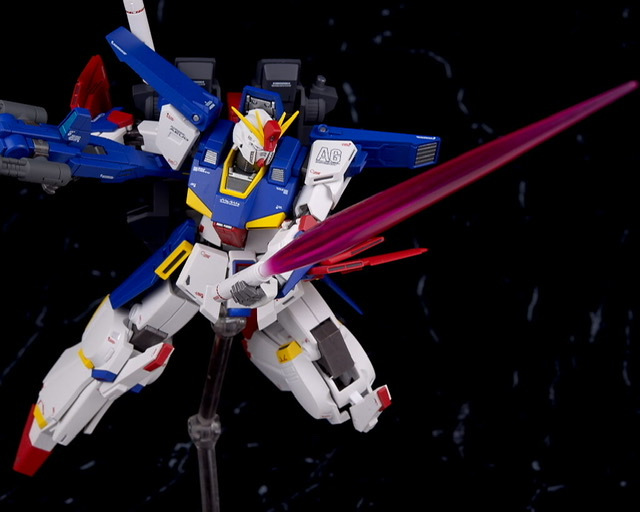 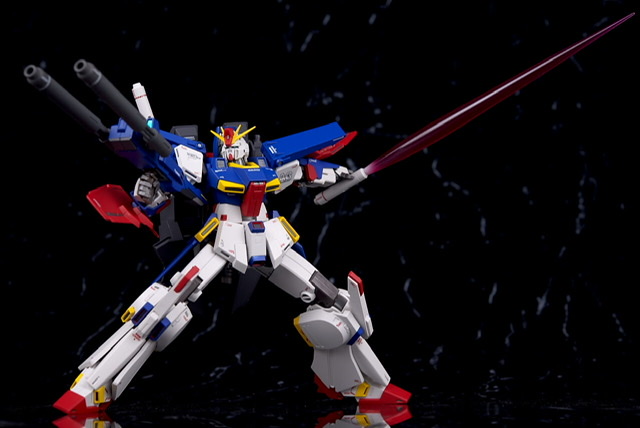 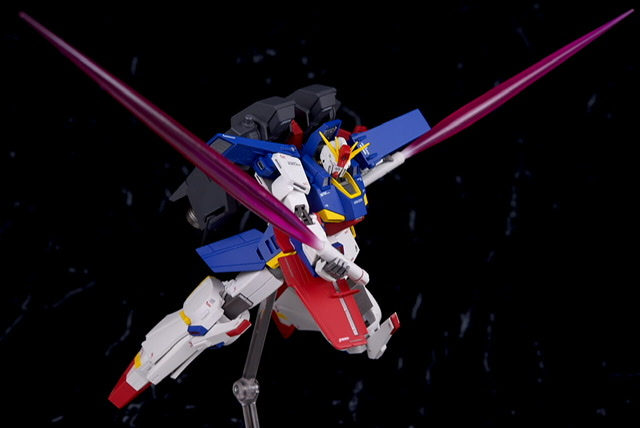 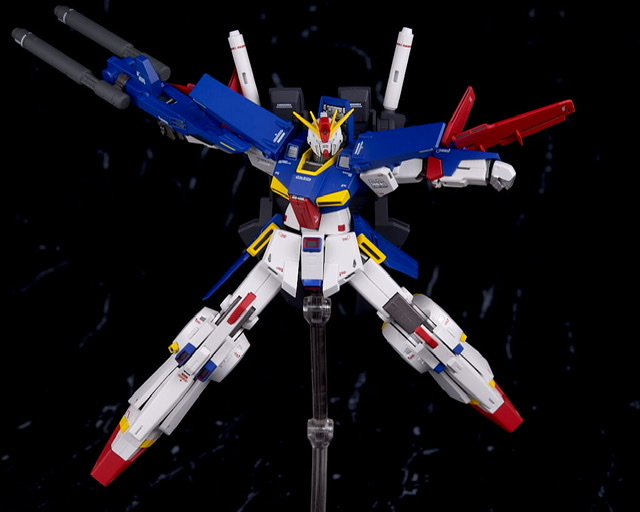