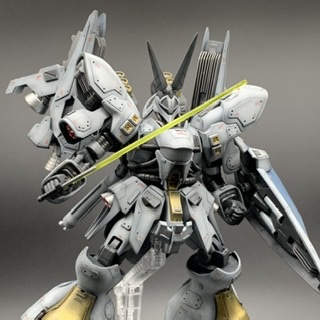 In fact, three Jagd Doga are manufactured, and it is a customized MS for the ace pilot who did not appeared in Char’s counterattack.
Many spare parts of Sazabi are used.
Since it is a white MS with a fox face, it is feared by the federal army as a “white fox”.
Armed with Beam Shot Rifle II, Shield, Beam Saber x 3, Funnel x 6, Mega Particle Cannon
I attached heat radiation fins (shiitake mushrooms) to the TERTIUM Arms and shoulders, and attached a power pipe to the chest.
….the armor was strengthened with a plastic board.
One beam saber on the waist. Equipped with two on the back of the shield.
By using Sazabi parts such as shoulders, the lower half of the body looked small, so the width was increased by 3 mm with a plastic plate, and the legs were also increased by 3 mm over the entire circumference.

State before painting. Iron-blooded parts can be used for anything.

For the heat dissipation fins, I processed the one attached to the bread. It’s called a back closure. A follower told me. 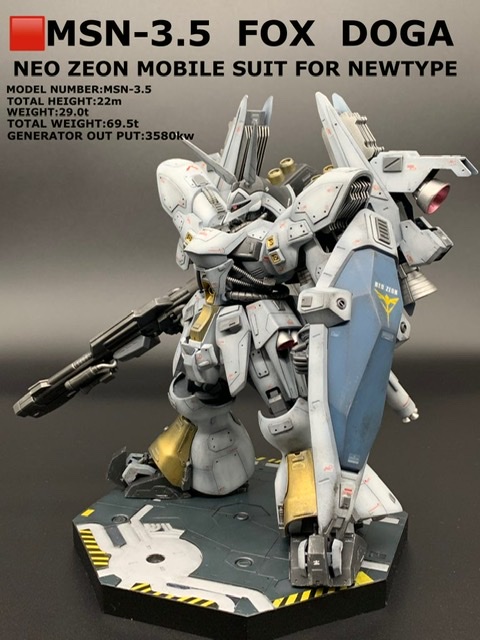 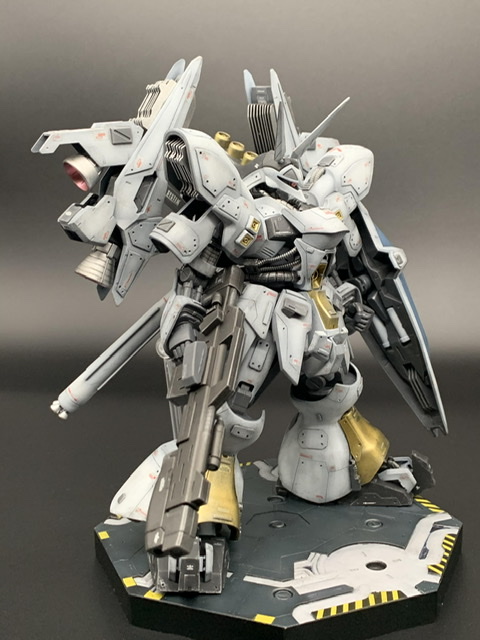 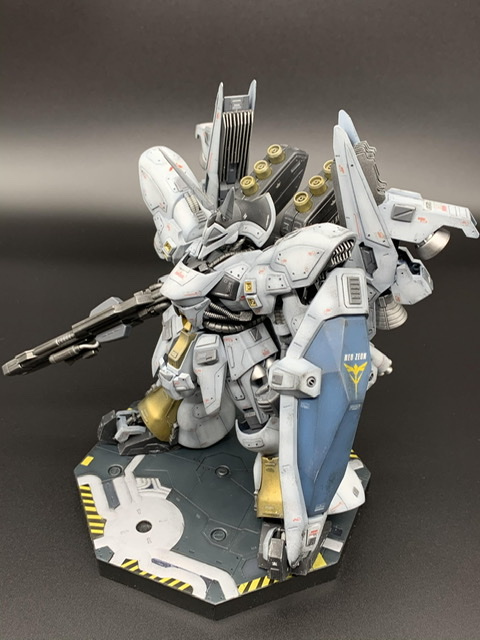 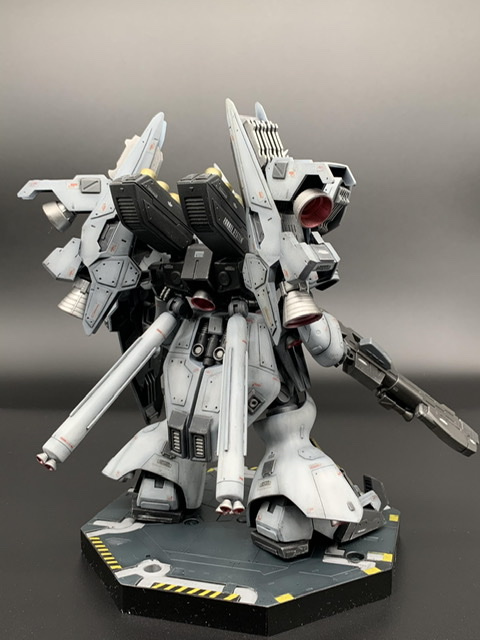 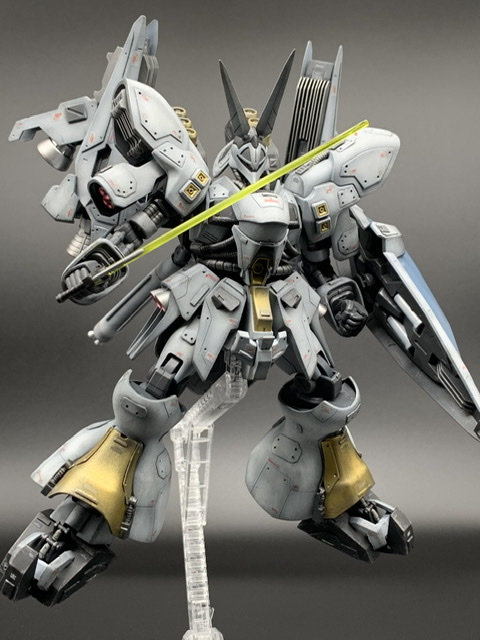 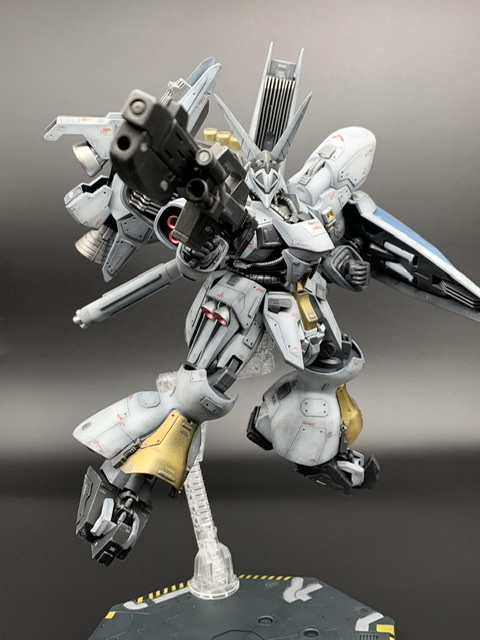 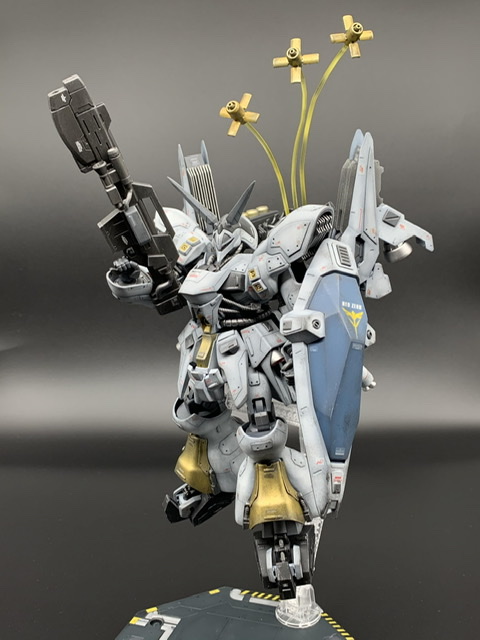 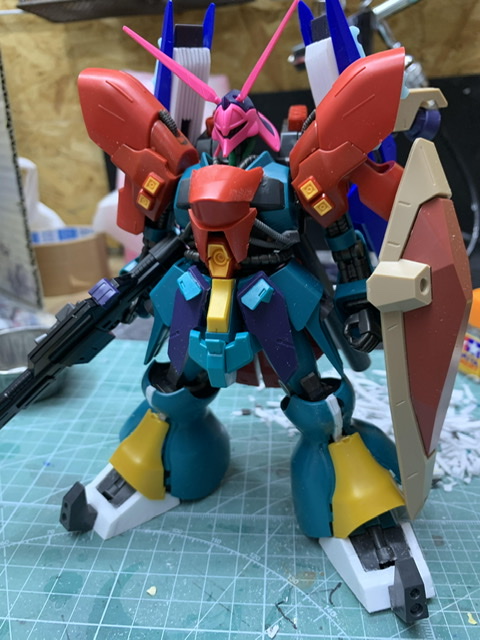 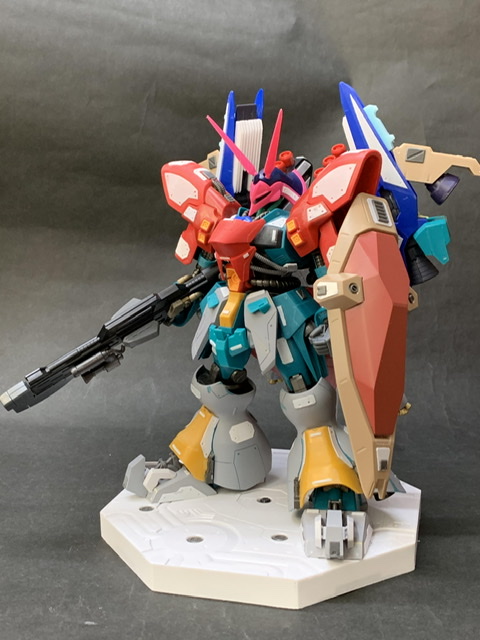 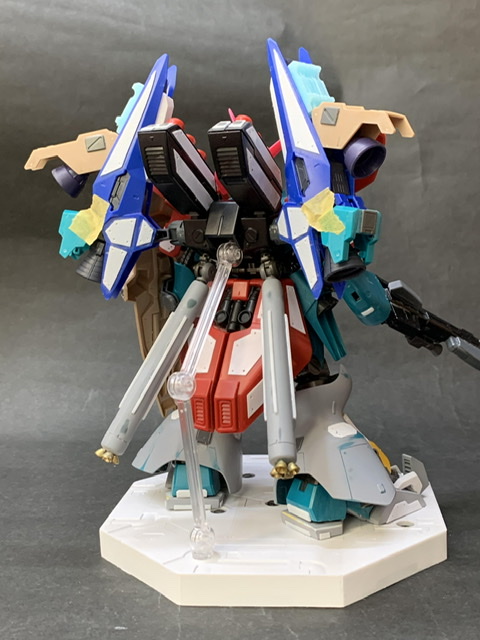 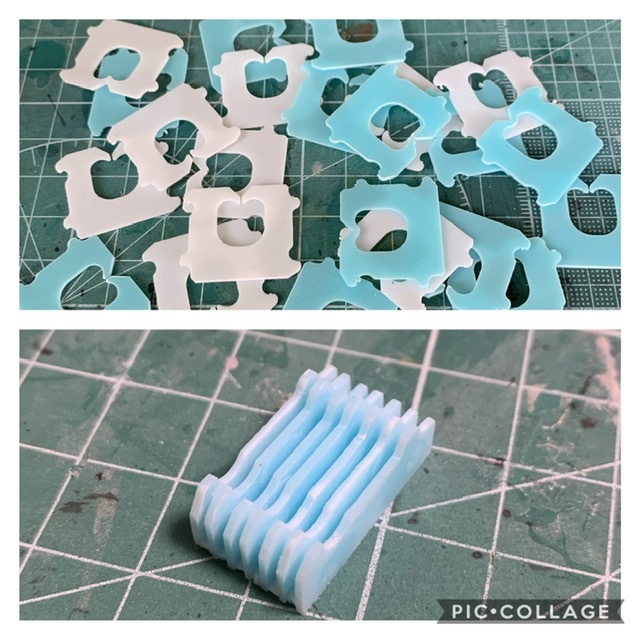 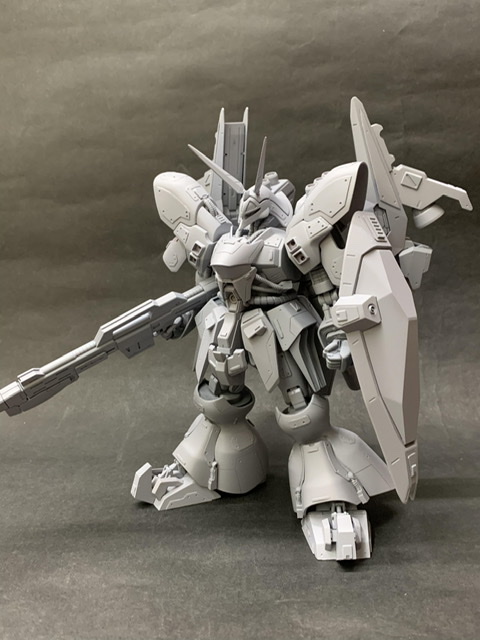