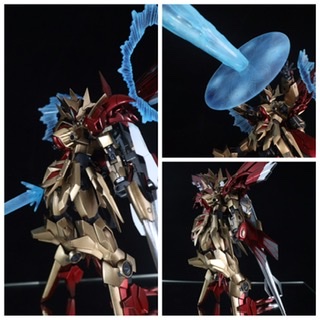 “Superior Lance”
Wearable and with a shield. I abandoned the shooting performance. Since it is a night system, it is only close proximity. Can be mounted on both arms.
Initially I made it with a sword, but I thought it was a spear because it was based on Aegis Knight, so I sharpened the sword for about 3 days, but I changed it. I regret that the name is too easy. I didn’t come up with a good naming idea.

Magic sword
Inspiration from the Battle of Batlog with Captain Zeon. The mysterious power that you can do if you think you can. It seems that Gunpla is such a thing in this world.

You can see what kind of parts are used. I used various kits a little bit, so a pile of junk was formed.
It seems that the molding color is also valid to some extent ..
Is there this design with reference to various Superior Dragons? I thought.
Initially it was made based on Tertium. Tertium is based on Mark III, but I think it is a Knight Gundam motif.
I think Aegis Knight has a core Gundam-like experience. As expected, there are things that are just made for reference.
The image is small, but the connection of each part does not fit at all because it is mainly mixing with SD. The joint on the SD side is cut out and pasted on a plastic plate so that the processing of moving parts does not become too hard. The peculiar lightening was closed with putty or plastic plate, and the back armor was widened with 2 mm plastic plate to match with the chest armor. I’m pasting the arm parts processed like the mount of the lance.
The waist backpack is glued to the rear skirt parts. Wing Zero The waist of the flame is stuck. Ghirarga, and the remaining parts are cut in half and pasted one by one with putty.
The slipper part is ZZII, but it has become a poly cap and a ball joint, so I cut out the ankle area of ​​Aegis Knight and attached a runner stick to the knee joint part to take advantage of the poly cap movement. I think that the legs look like birds by cutting the front of the polycap a little and widening the range of movement. It has a unique sense of balance and the backpack is a little heavy, but it stands on its own.
Parts using putty like knees are pasted together. It was difficult to shave the place neatly only to the place.
Lance, the main body is quite tall, so I brought an electromagnetic lance.
Almost freehand streak.
No image is included in the painting, but “Prism Metallic Red Purple x Red Gold” with gold particles in the base is used so that the gold and red candy paintings are in harmony. It looked quite dark when viewed alone, but I think it would be nice to match it with the gold parts. 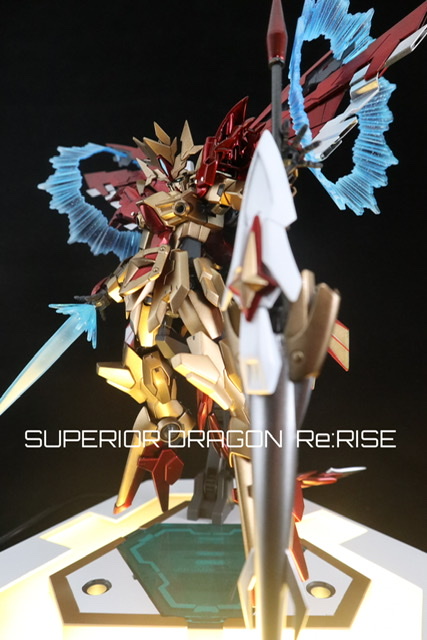 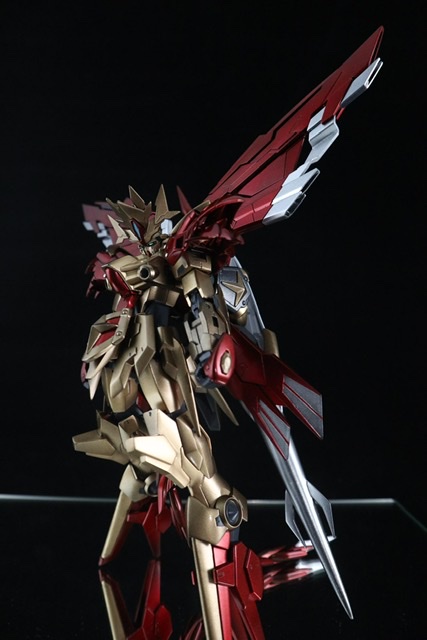 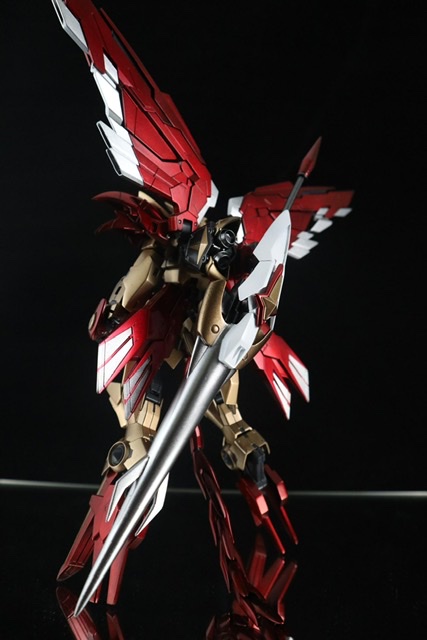 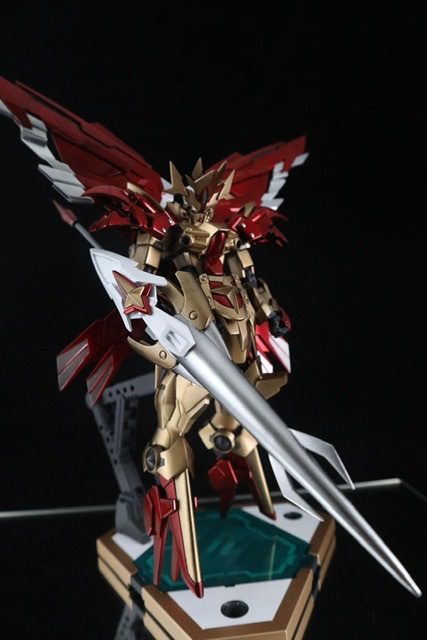 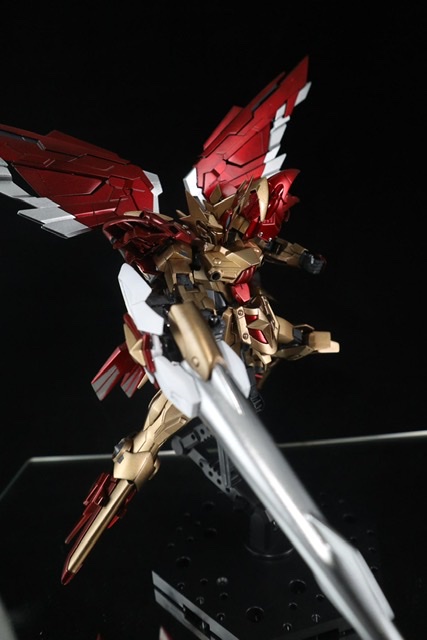 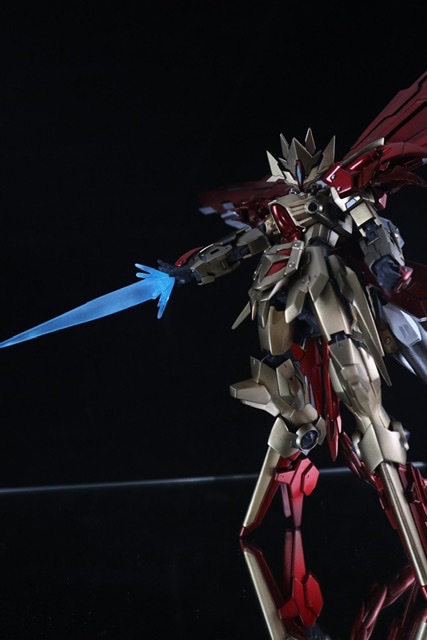 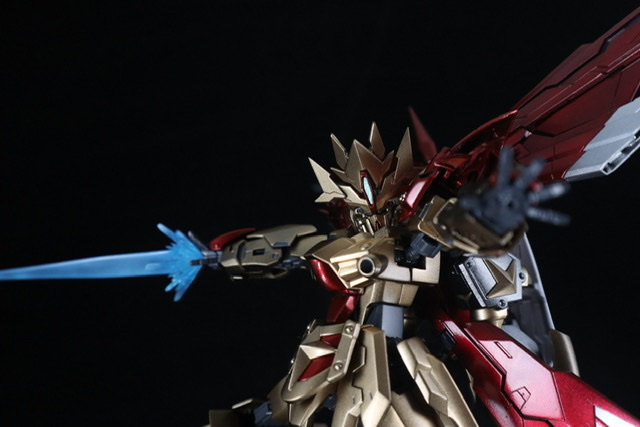 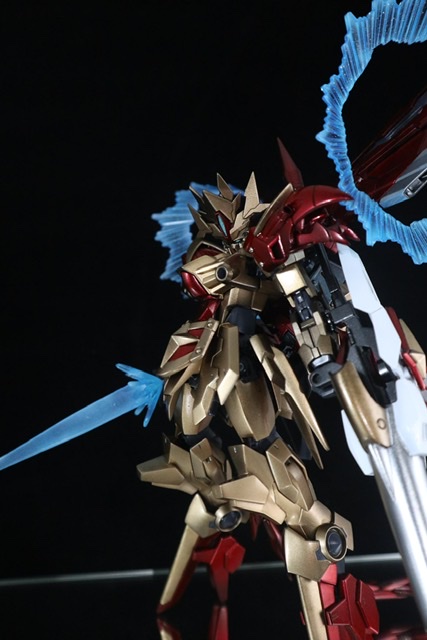 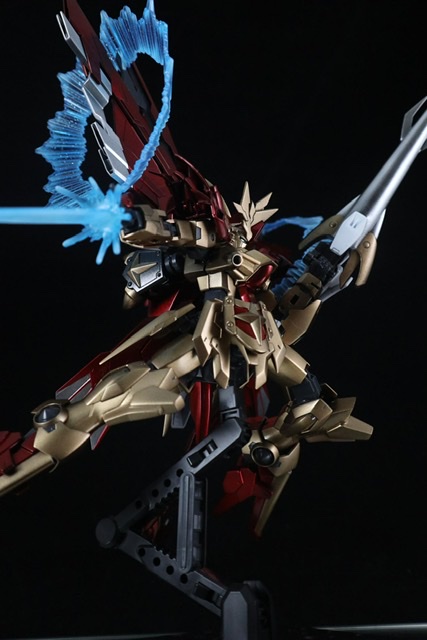 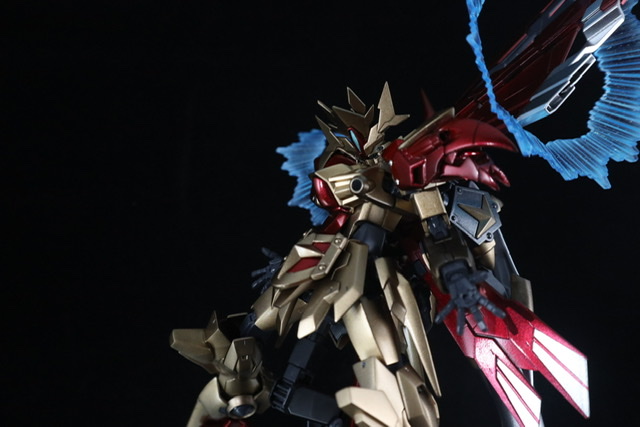 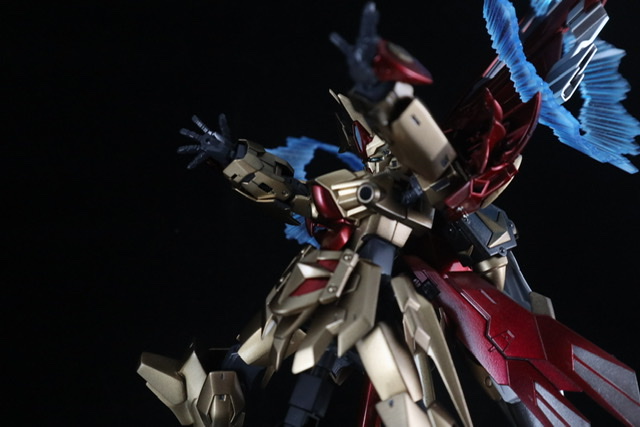 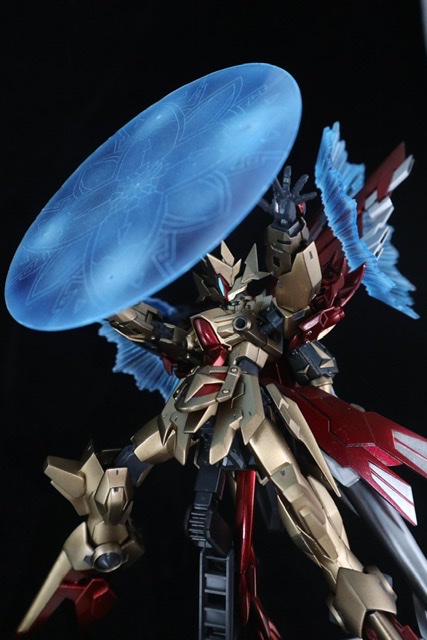 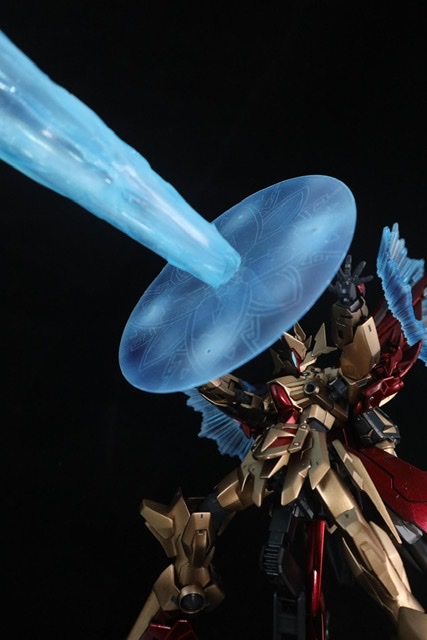 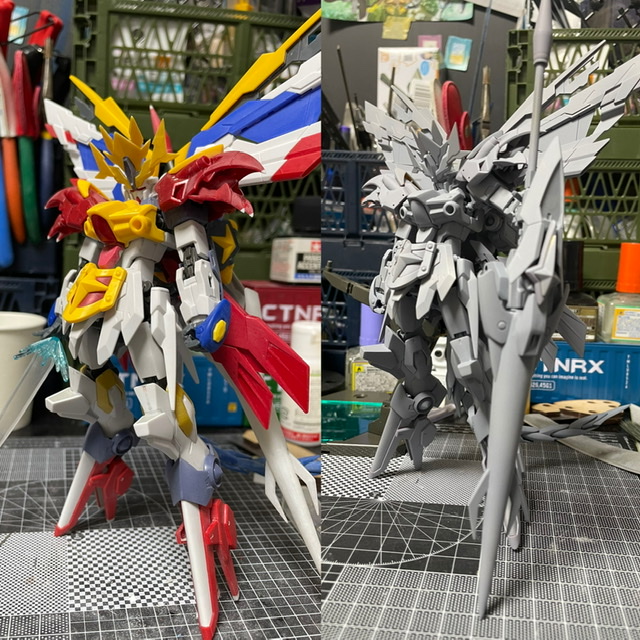 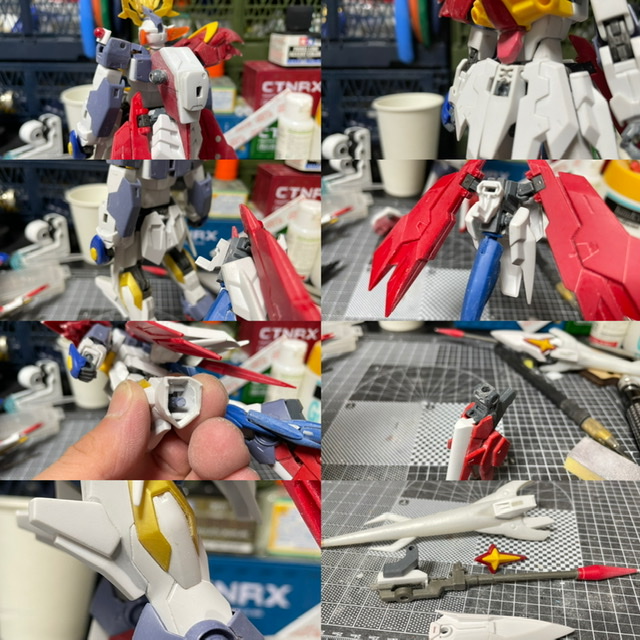 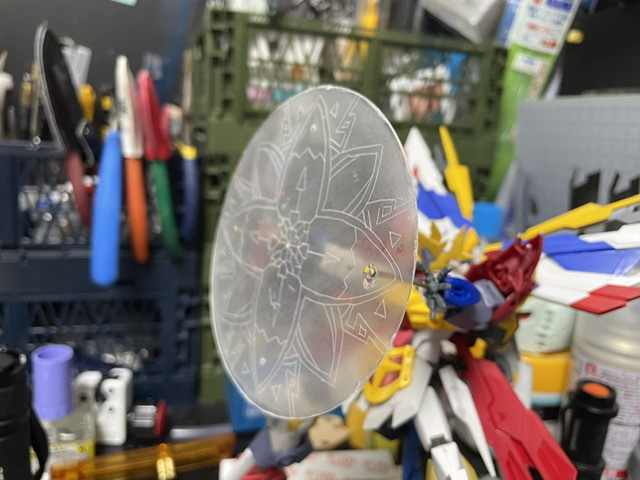