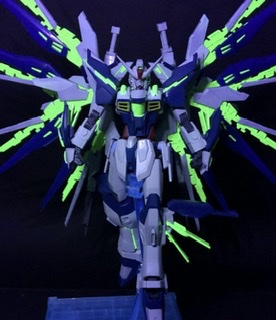 Helios release commemoration? So I tried to remodel it based on the previously reproduced Areus!
The standing figure looks like this.
It was finished as if it were a legitimate evolution of Areus.
As a concept, Helios mixed it with Freedom
And this time, I remodeled the satellite cannon into an anti-ship sword satellite aroundight.
I used to have a double aroundight in the original reproduction, but I don’t really like it because it seems that weapons suddenly come out even though I haven’t equipped it.
However, it was regrettable to lose the big sword, so I made it like this to make it compatible.
And this is the main gimmick satellite overflow mode.
It glows when you shine a black light on
It looks like this when the satellite cannon is put out.
It is a version with black light.
This is definitely better.

Before painting.
I wanted to use the X as it is for the fuselage, but the size didn’t fit, so I had no choice but to make the Freedom fuselage look like it. 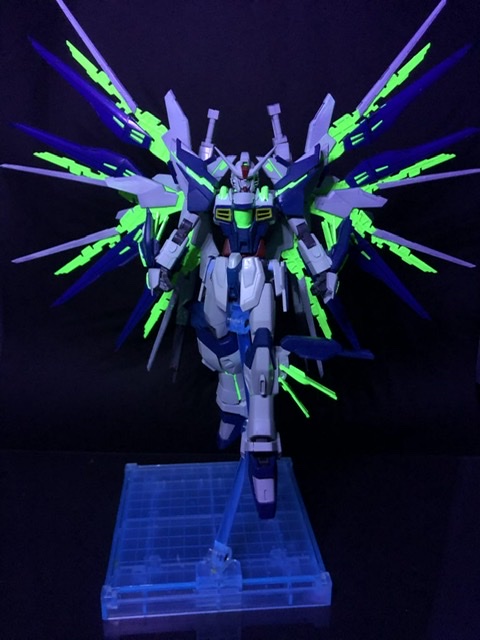 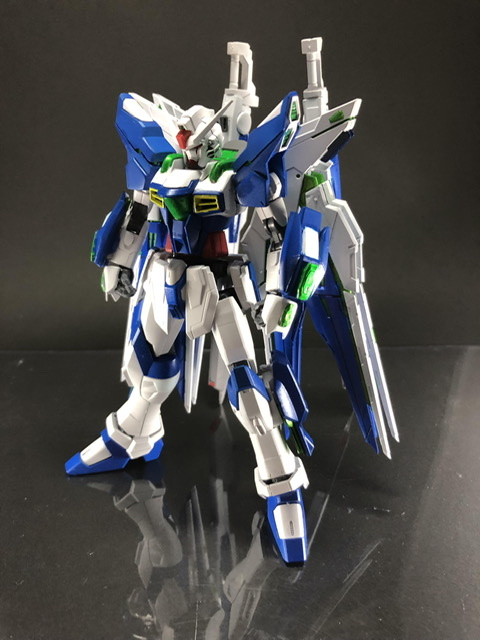 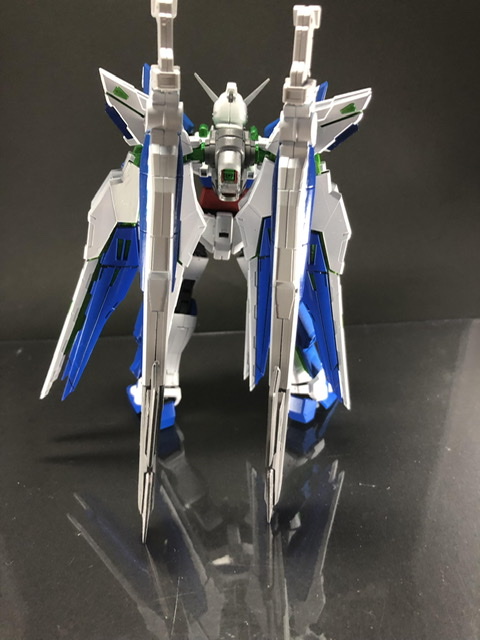 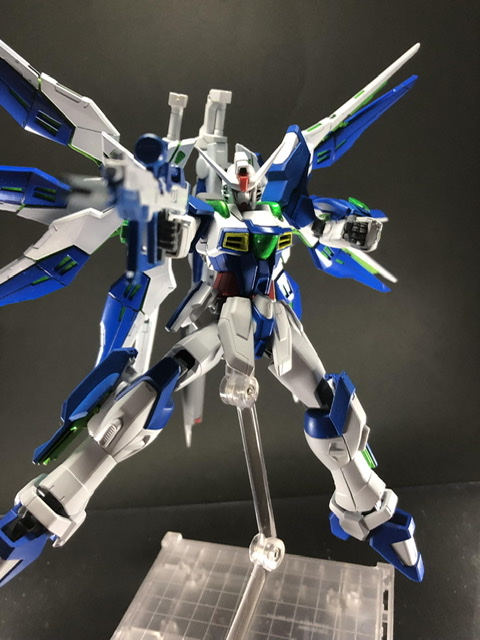 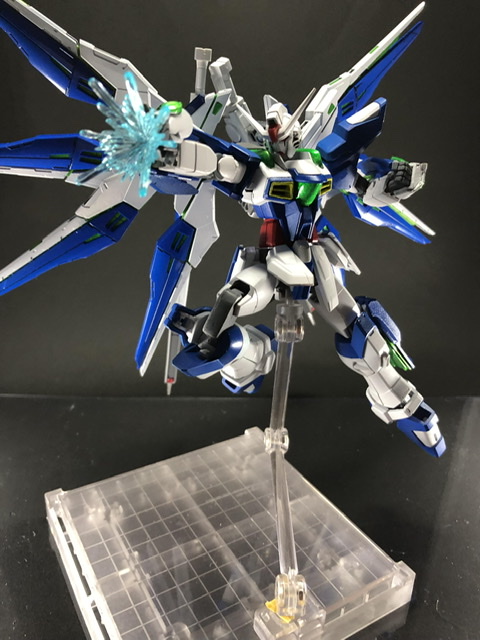 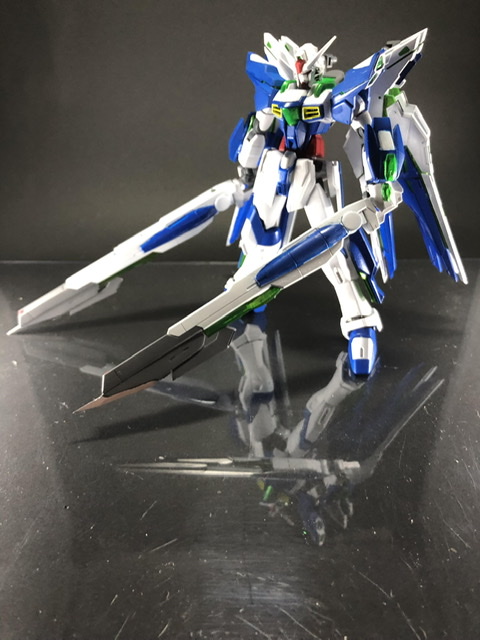 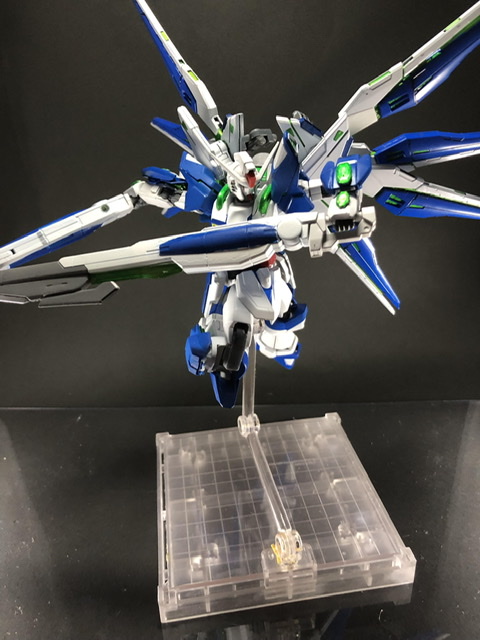 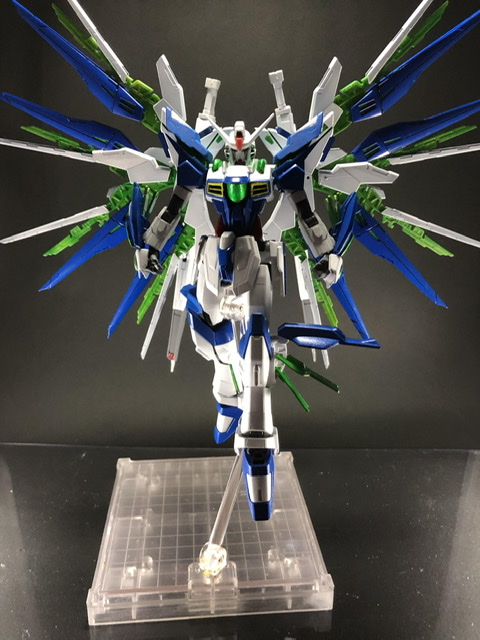 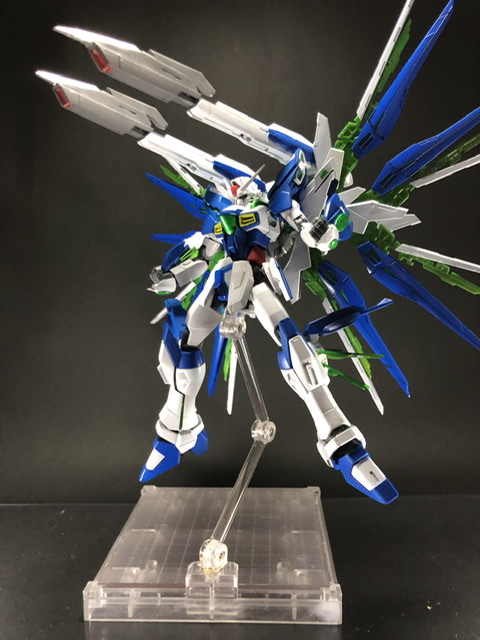 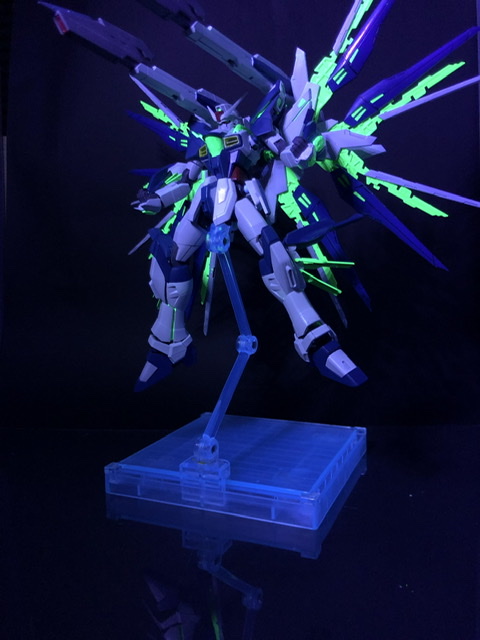 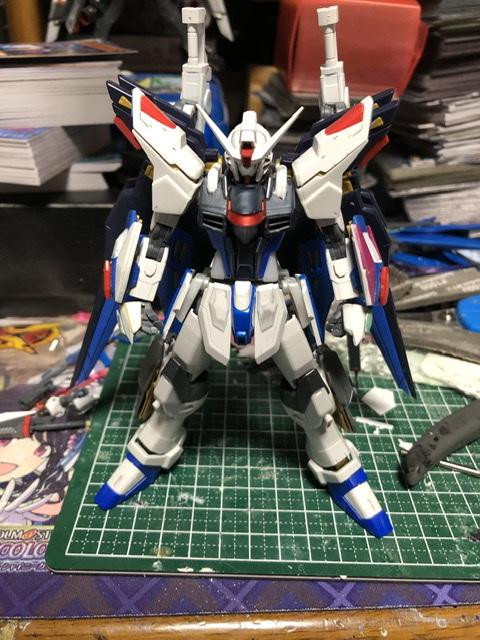 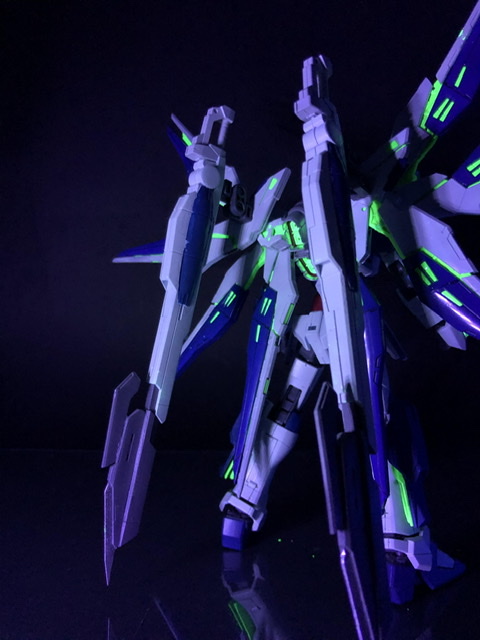 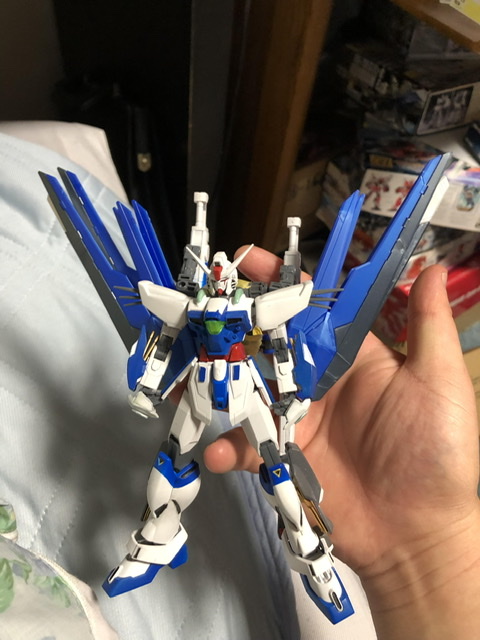