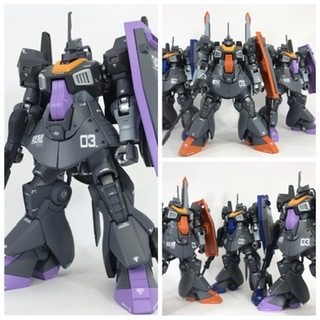 This is a post from the mass-produced Rick Dijeh platoon belonging to the Londo Bell corps.
Captain’s plane (MS No.331) R Dias’s shoulder was diverted to bring the form closer. As for armament, I tried to equip the beam rifle of Galbaldy β and the shield of GM II.III (common to all MS).

It is a rear view. The binder used was Silver Bullet’s, which differentiated it from general-purpose machines.

Wingman Part 1 (MS No.332) General MS specifications. Since I used the binder of R Dias, I think that the form is closer to R Dias than the captain’s machine.

Wingman No. 2 (MS No.333) The specifications are exactly the same as Wingman No. 1 except for the color.

Rear view of a wingman. If you look at it like this, you can see the remnants of R Dias

The MS number of the shield creates a platoon feeling

Group photo # 1. Even though it is a mass-produced machine, I tried to incorporate a setting that allows the pilot’s personal color into a part of the machine. 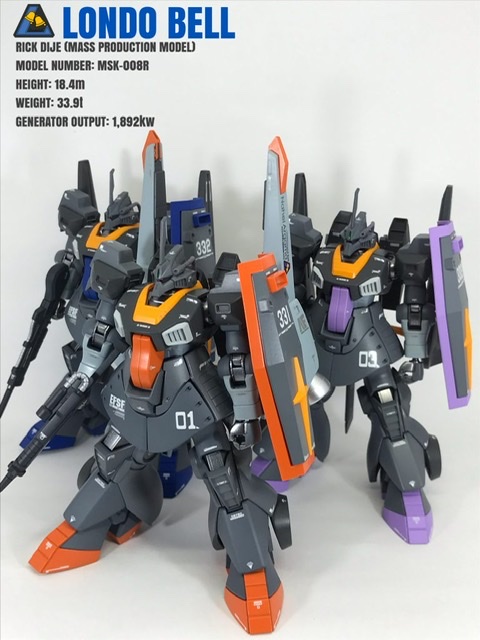 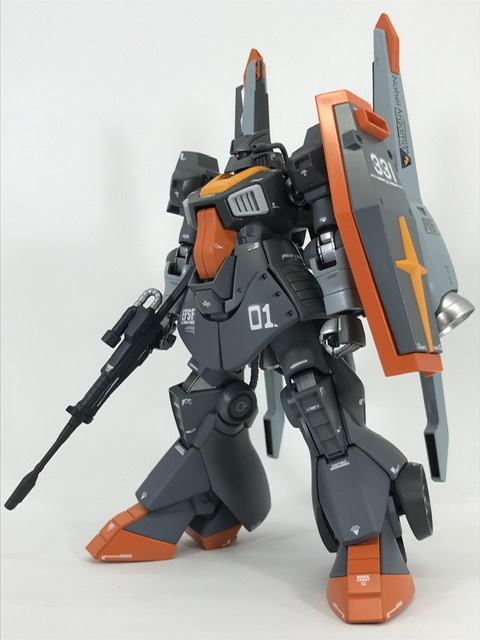 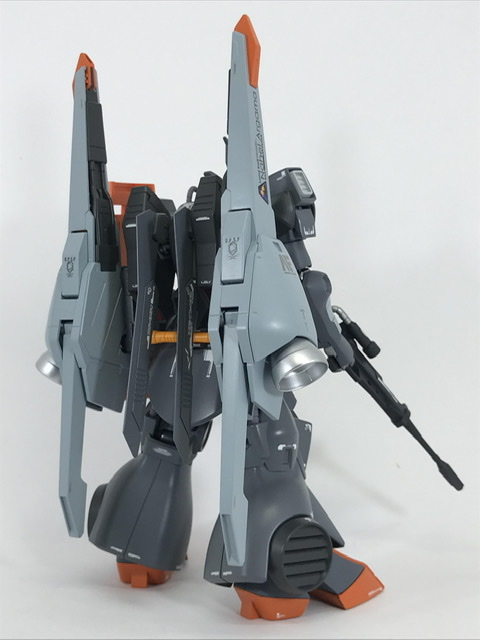 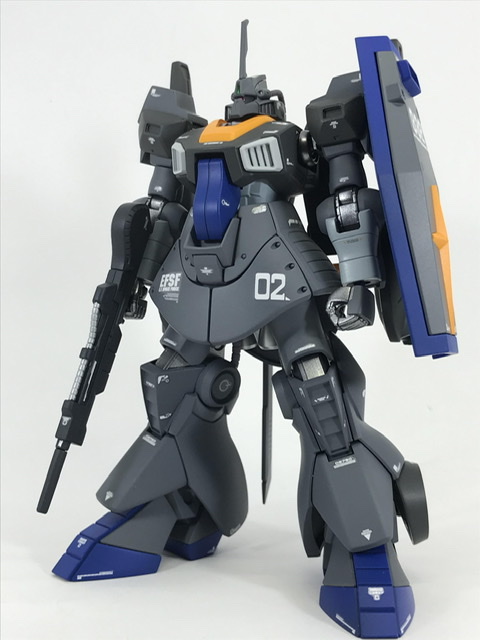 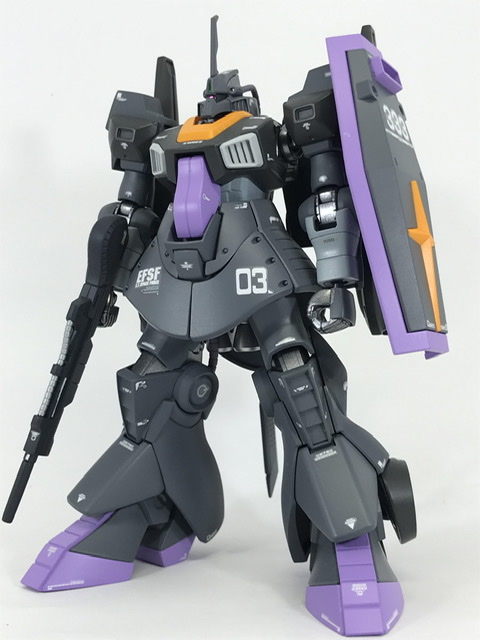 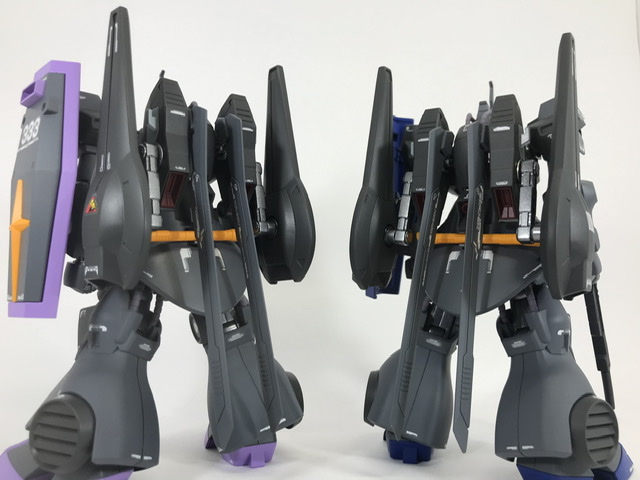 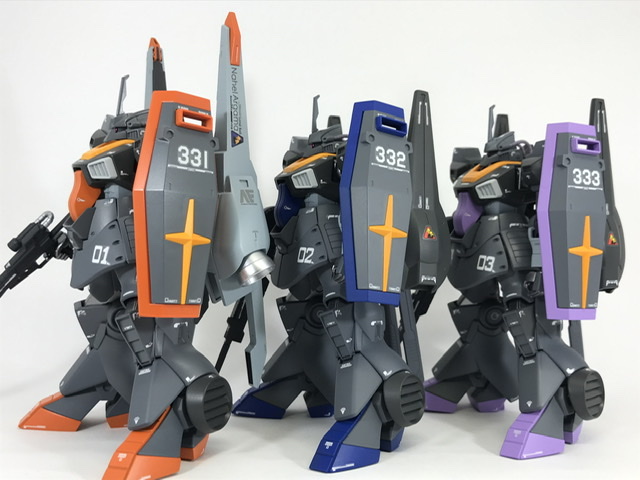 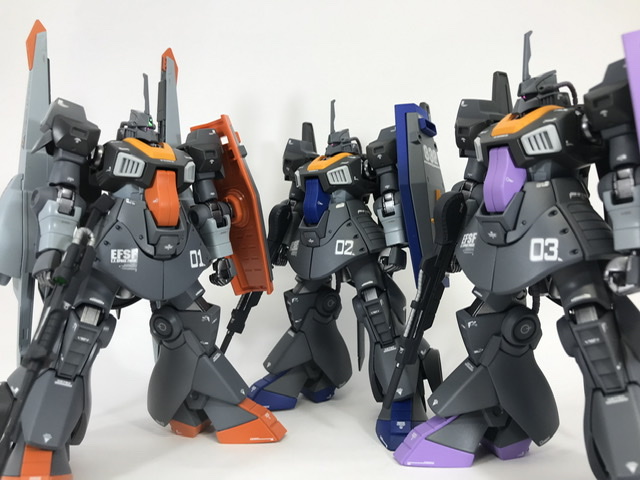 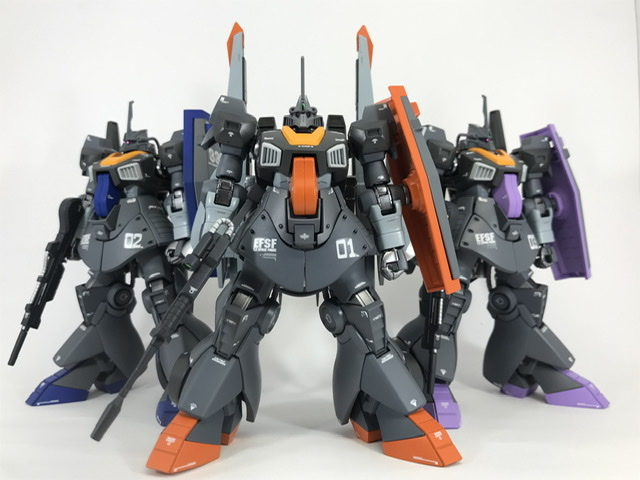