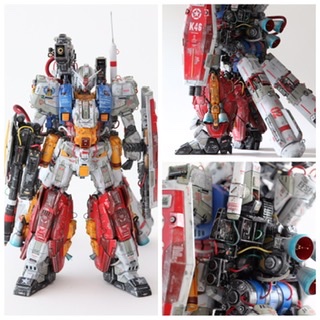 I wanted to make my own Perfect Gundam
* As a result, only the shoulders, insteps, and decals were used.
This work has completely omitted the armor removal function, and was produced with an emphasis on proportions.
The base of the upper body is based on MG Gundam, and the base of the shoulder uses the shoulder of MG Qubeley.

Perfect Gundam after erasing the seams The shoulders are cut out only at the top, processed so that they can be joined to the torso and arms, and then covered with additional details.
The skeleton of the lower body is based on the model MG Unicorn Gundam.

And when I saw the Narrative Gundam A equipment, the vernier unit looked like a calf, and could it be used for some foot parts in the future? It was no exaggeration to say that I got it for this time because I thought it was piled up.

However, since legs get thicker, I used Sinanju Stein as a base and extended toes with a plastic van to make legs stable.
* A magnet is placed on the sole of the foot, so it goes well with metal

Unicorn arm parts are embedded in the side vernier unit (yellow part).

Finally, as an overall setting, I imagine Perfect Gundam after Kazushiro has finished the battle with the plastic model simulation machine.
It is my own “My Perfect Gundam” that survives without being hit, although it is dirty at the time of battle.

Perfect Gundam after erasing the seams The shoulders are cut out only at the top, processed so that they can be joined to the torso and arms, and then covered with additional details.
Since the Kazushiro decal on the right shoulder is an old kit, it deteriorated severely, so I used a liquid decal film liquid and stuck it very carefully.

In addition, the face is based on my personal favorite Ver.Ka, and the antenna is extended, an additional antenna, and a minus mold are added.

For the shield, MG Gundam Ver.Ka version without a simple federal mark is used, and “K46 (Kyoshiro)” stands out by that much.
I also installed a double cannon on the back of the shield.

The backpack is huge using a 1/400 α-Azieru propeller tank.
By adding a mechanical part to eliminate the discomfort with the main body, it is not just huge, but it is heavy and realistic.

At the beginning of the temporary assembly, the shoulder launcher was about 1.5 times longer than the current one, but I felt that the shorter one had higher output, and when I cut it, the overall balun improved and the destructive power increased.

The double beam cannon of the weapon is larger than the Kyoshiro version of Perfect Gundam, and it looks like the Thunderbolt version of Full Armor Gundam. Also, I tried to finish it with an image that fits the arm like Cobra’s psycho gun.

The mechanical part that can be seen through the gap in the armor is added to the whole work, and the wiring is exposed to emphasize the mechanical feeling.
Bare wiring details have also been added to the propeller tank.

In the middle of decal work
The decal work for the upper body is completed.

Immediately after completion, the scenery is receiving the encouragement of Director Getter Robo.

Work by しんきち
[GBWC2018 Final] [GBWC2019 Final] [First pass of the 24th National Orazaku Championship] i mainly produce Gunpla (1/100). Basically, I have a personality that wants to make some changes, so I decide on a production concept every time and mix.
@shinn41 on Twitter 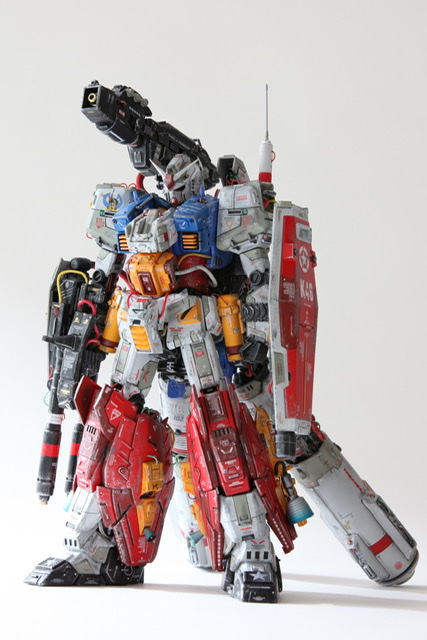 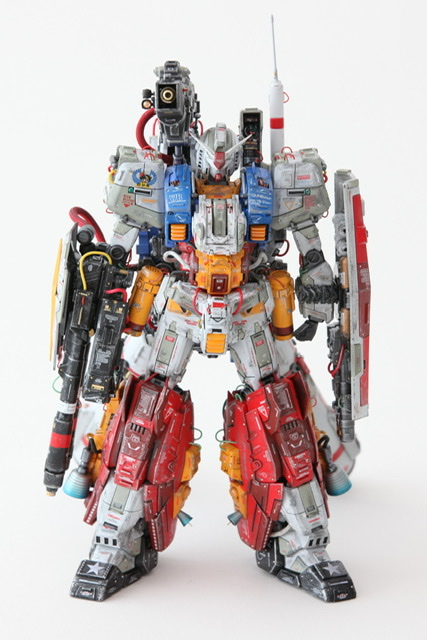 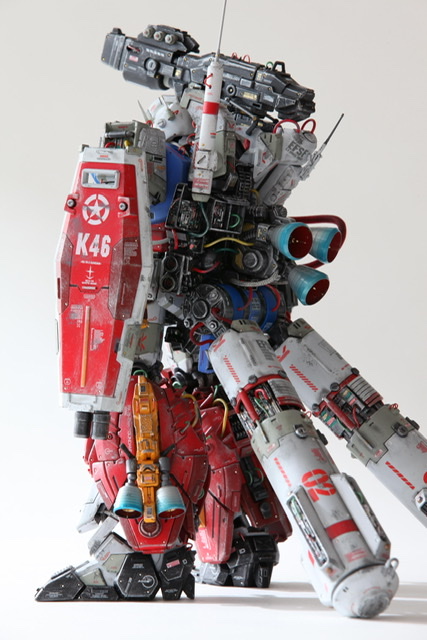 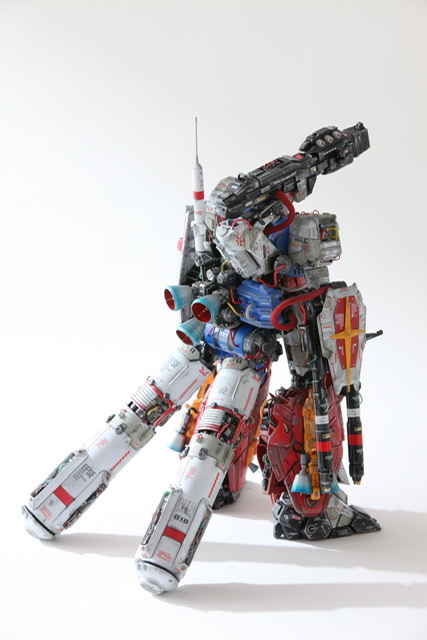 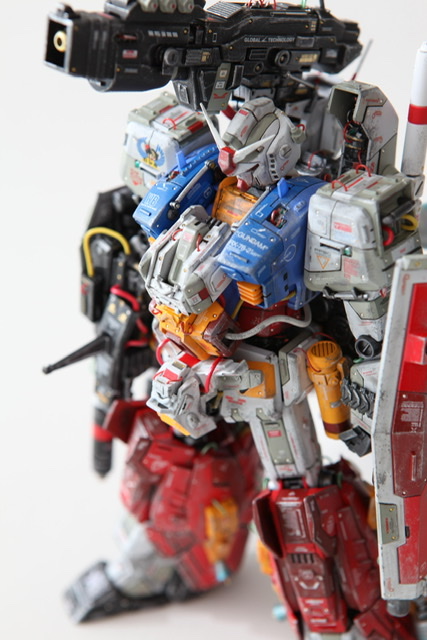 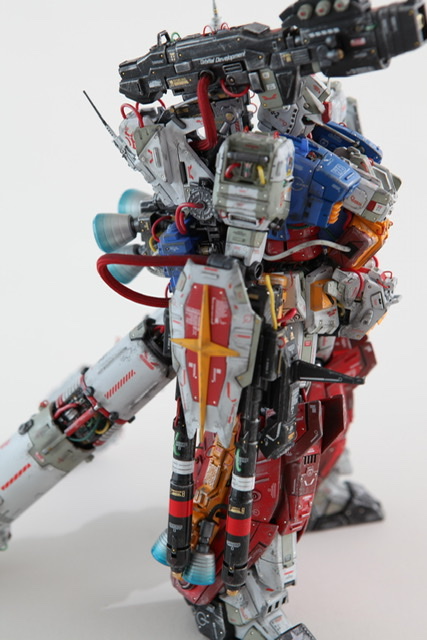 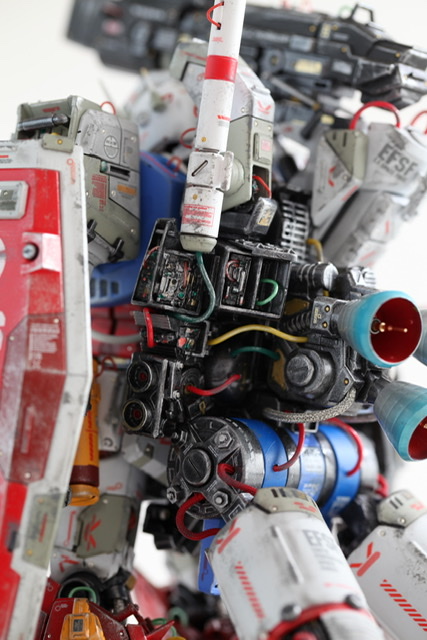 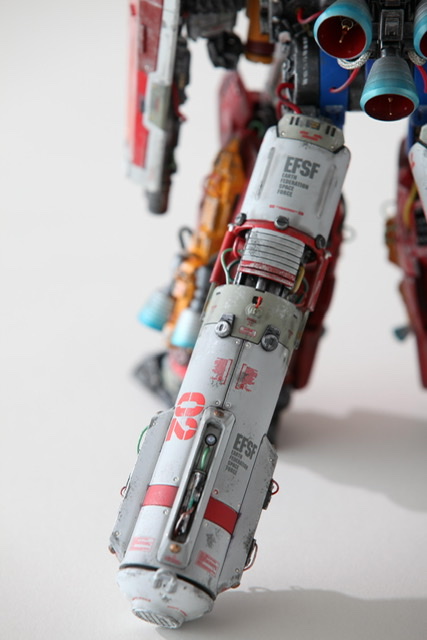 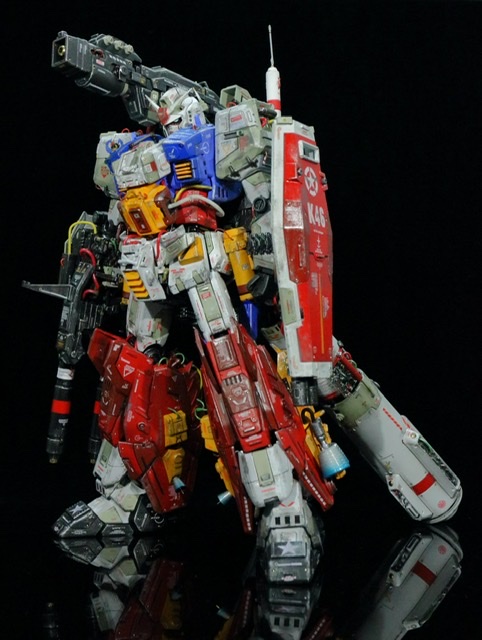 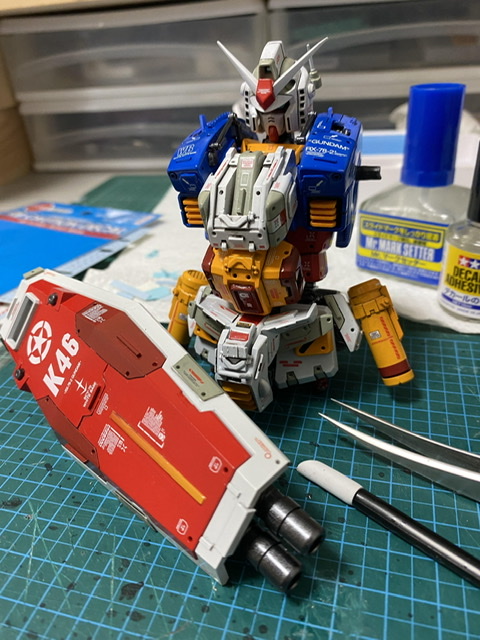 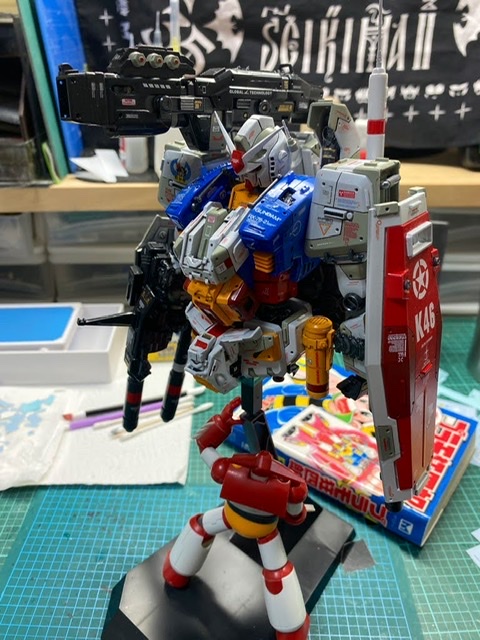 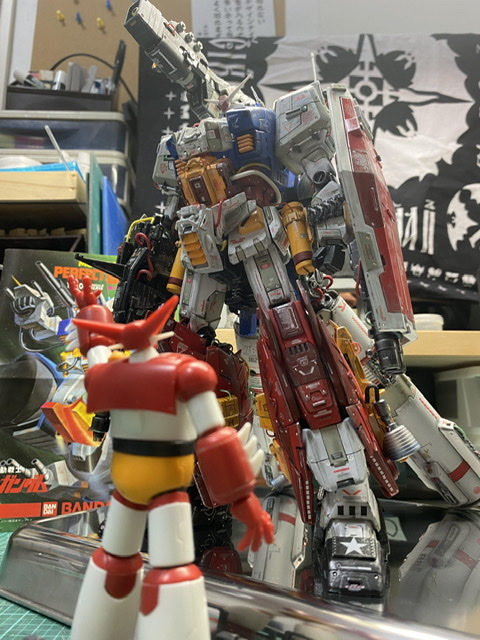