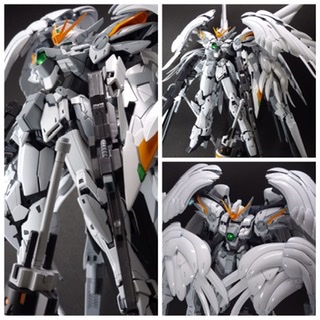 I made a custom machine with the motif of Snow White Prelude by mixing MG.
A characteristic seraphim unit with Snow White Prelude.
The main wing of Zero and the wing of Fumina (Axis Angel Ver) are reproduced by mixing.
The Zero body is unassembled except for the surface preparation and re-engraving of the lines.
Equipped with Lance as an icon called “Zechs Airframe”.

MS settings
What if Snow White Prelude existed in the EW world? From such an idea, I thought about setting the ora.
During the period from Tallgeese to Zero in space and heading for the Thunk Kingdom, the MS was custom tuned for the defense of the Thunk Kingdom by Mile Howard of PeaceMillion, who was the base.
Zechs descends to the ground and engages with Heero’s Epyon.
Heero discards the Seraphim unit that was wrecked in battle, but Driesberg collects it, and the color-changed MS is the familiar zero.
Supporting the Seraphim unit is the processed base of Zero’s wings and the CS frame of the BB Warrior. Although the connection part is thickened by flashing, it is both light and strong. 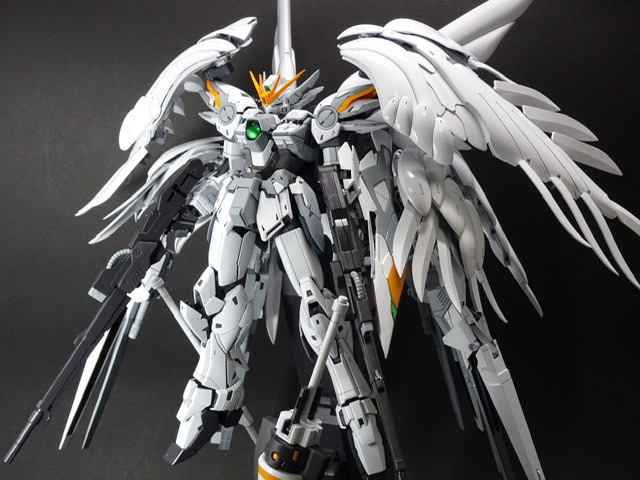 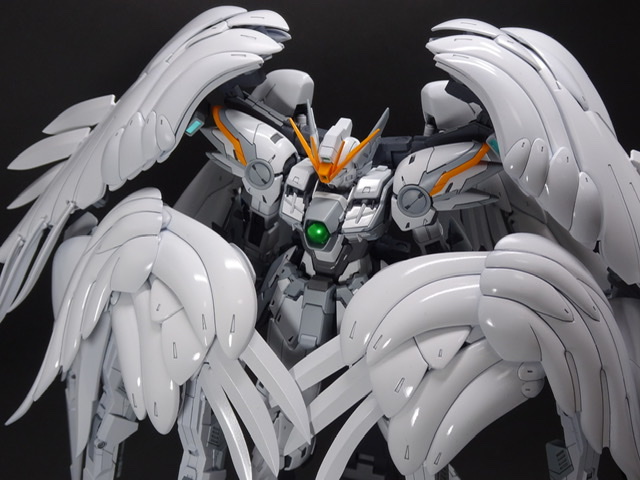 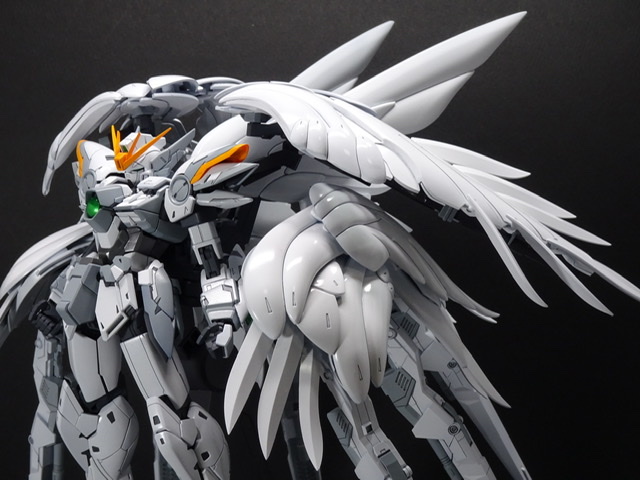 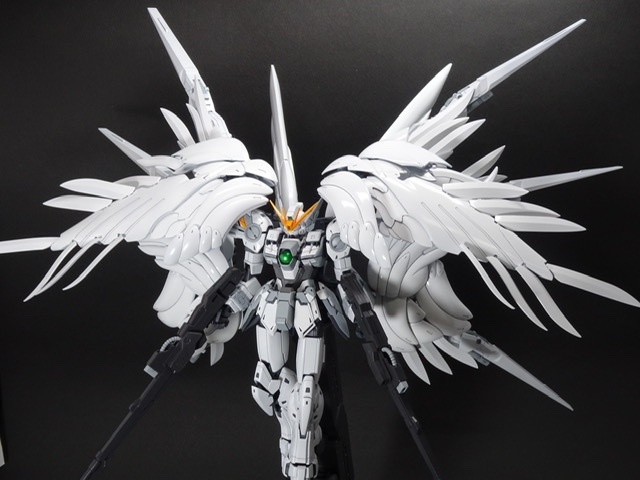 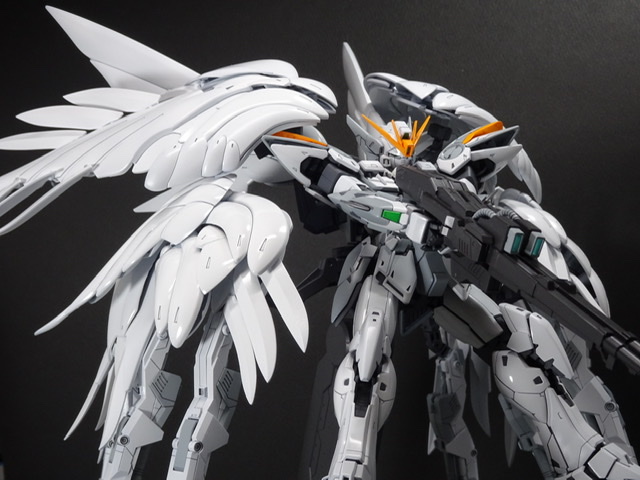 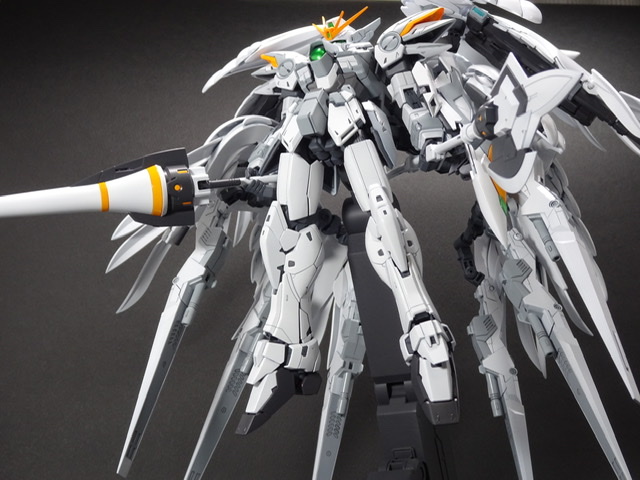 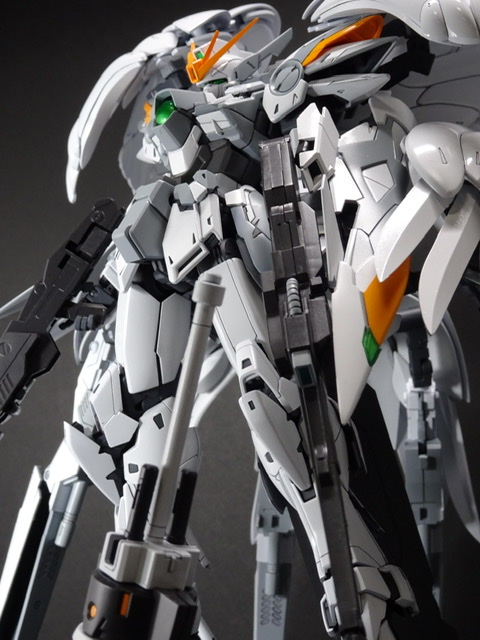 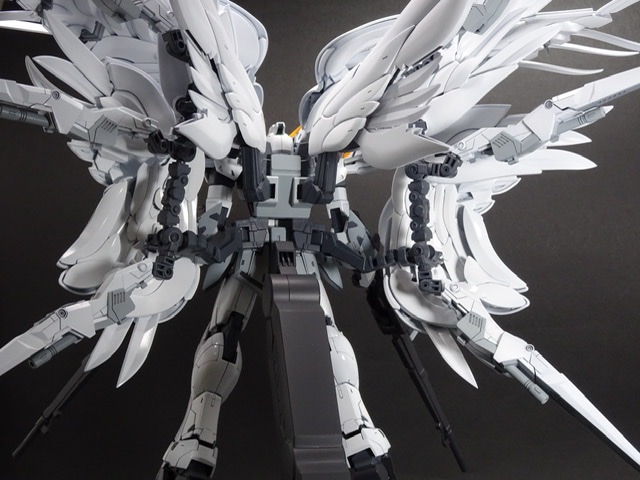 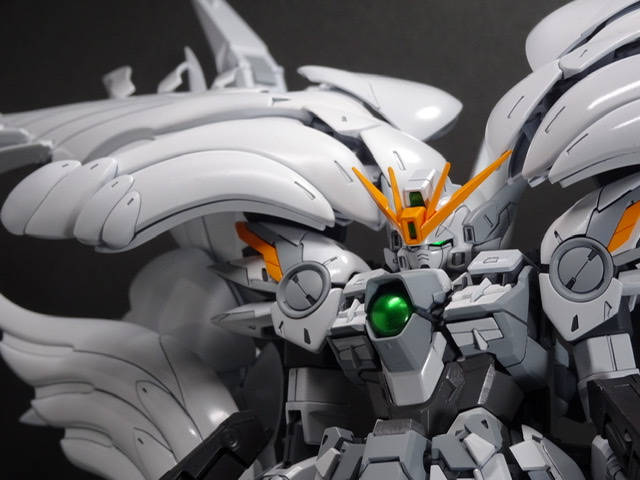